For this year’s Oscars, Rolex is bringing a bit of its home country of Switzerland to Hollywood. As a sponsor of the Academy Awards and the official watch of AMPAS, the Geneva-based luxury watchmaker created the Oscars greenroom — the space where presenters and other on-air talent hang out before and after appearing onstage — for the third time, and this year the suite has a glam Swiss-chalet theme.

Step inside the room — which Rolex began giving select tours of on Wednesday — and visitors are greeted by a large statue of Oscar near the entry. The beautifully lit space, designed by Rolex’s in-house team, has the feel of a mountain lodge with a contemporary chic spin, with velvet-covered beige and green sofas and bronze architectural accents. Blond wood paneling alternates with back-lit photographs of snow-covered peaks. The front of the bar is covered in a bronze metal design that calls to mind the distinctive bezel design on a Rolex watch. 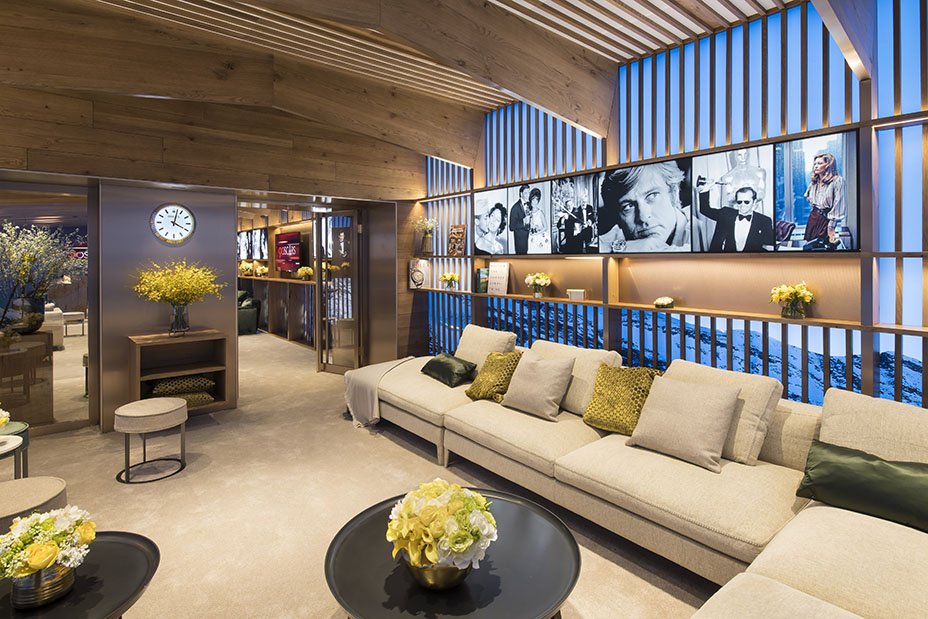 Shelves hold books on subjects from watches to automobiles to tennis, while a series of photographs line the walls spotlighting famous actors and directors from movie history. Many of those pictured are wearing Rolexes, including Robert Redford, Faye Dunaway, Denzel Washington in a scene from Courage Under Fire and James Cameron, a longtime Rolex testimonee (the company’s term for brand ambassador). 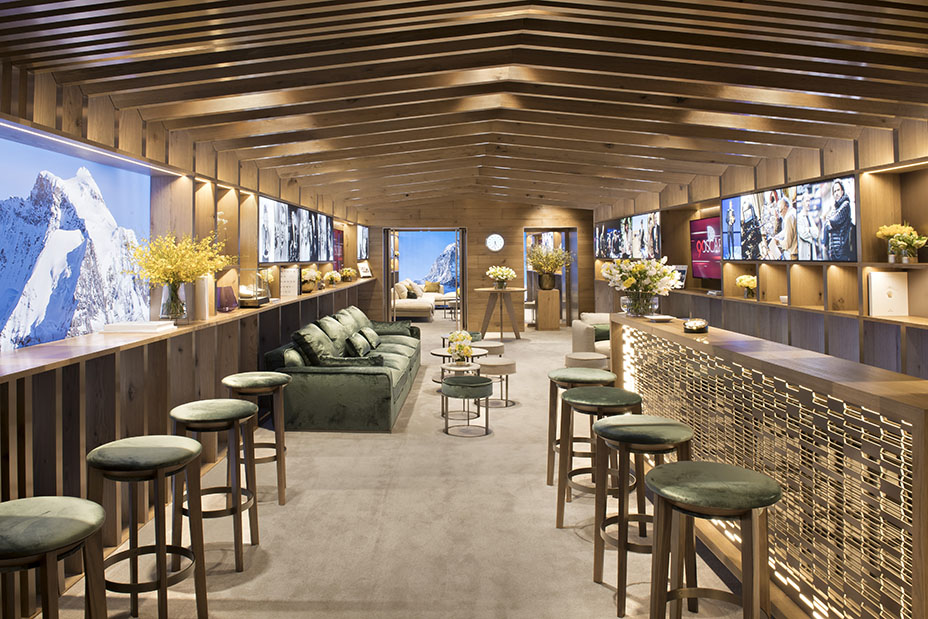 Cameron is joined as a testimonee this year by three fellow directors: Kathryn Bigelow, Alejandro Inarritu and Martin Scorsese (the latter two previously participated in Rolex’s Mentor and Protege Arts Initiative). All four — who each have won best director statuettes and whose films have collectively won 57 Academy Awards — will appear in a new ad from the Swiss timepiece maker that will debut during this year’s Oscar show. (Last year’s ad showed scenes from a slew of famous movies in which actors wear Rolexes, from The Color of Money and Apocalypse Now to Selma.) The brand, whose guests at the ceremony this year will include skier Lindsey Vonn and tennis player Garbine Muguruza (both testimonees), is also a founding supporter of the in-construction Academy Museum.

Only one watch is on display inside the greenroom, a classic champagne-dial Rolex Oyster Perpetual Datejust 41 in steel and — fittingly for Oscar — yellow gold. 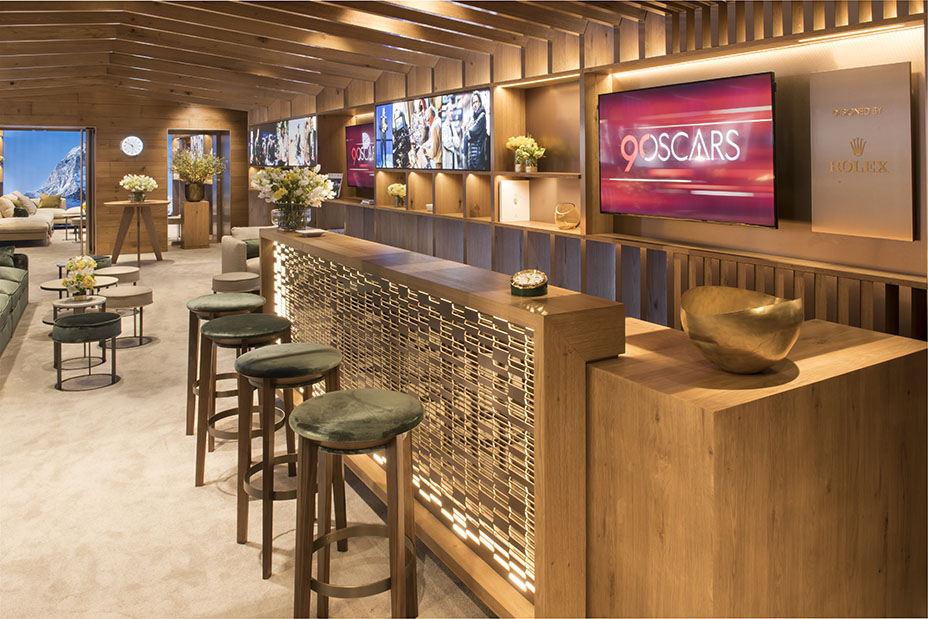