There are the blockbusters of New York Fashion Week that have models wading through 500,000 gallons of popcorn and considering the downfall of America. But thank goodness there are also the delightfully quirky alternatives.

Exhibit A: Rosie Assoulin, the Willy Wonka of fashion, who always manages to make a static presentation someplace you want to linger — this season, with tables loaded up with marbled eggs and cakes (Instagram Stories fuel), and a crepe maker that filled the nondescript Spring Studios space with the smell of sugar and dough. 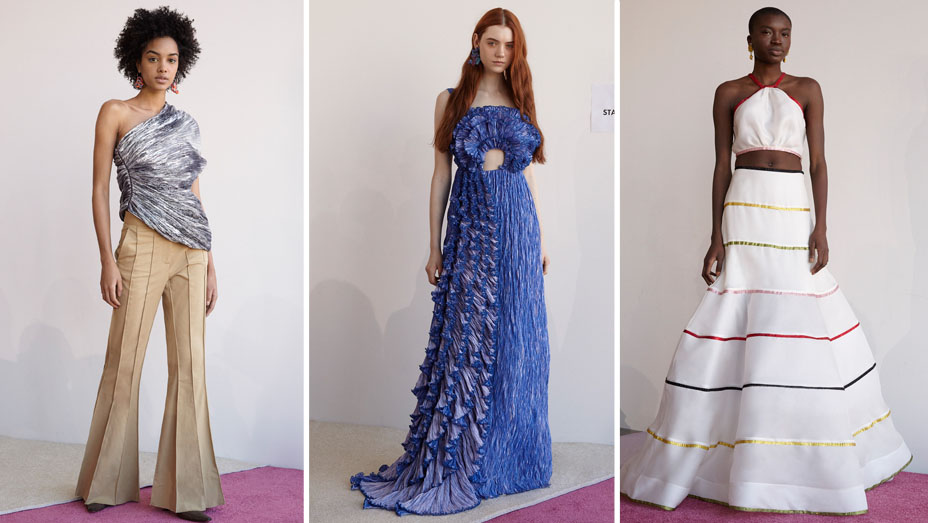 “I was obsessed with marbling, I was seeing it everywhere, even in my dreams, and there is so much of it, from library books bound in marbled paper to Easter eggs,” said Assoulin, whose whimsical evening wear is a new favorite in Hollywood; Issa Rae wore the designer’s white crepe and metallic sunray pleat Resort 2018 dress to the L.A. premiere of Black Panther. 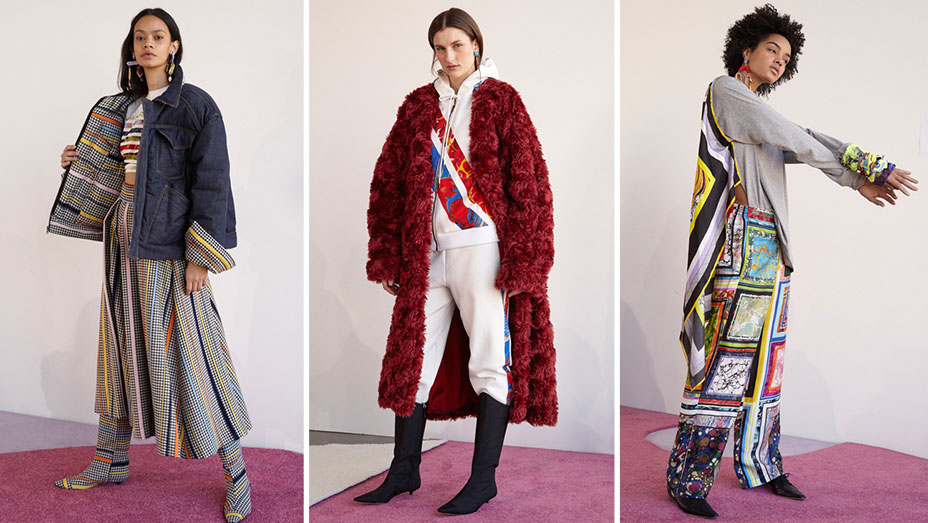 Assoulin took the marbling technique and ran with it, creating a patchwork silk handkerchief dress that was the star of the show, worn with craftsy ceramic jewelry. She also presented several styles featuring her now-signature sunray pleating, including a dramatic sculptural silver gown that was a thrill of frills. The designer gave day wear her magic touch, too, including denim, a gold glitter coat and flared pants, and a circle skirt in a dotty print echoed in the lining of an army jacket, and on boots for a total Assoulin look. Models grooved to the music as guests stood in line for crepes and sipped tea with goo in it.

There was dancing at Libertine, too, where instead of walking out like robots, the model finale was a groove. 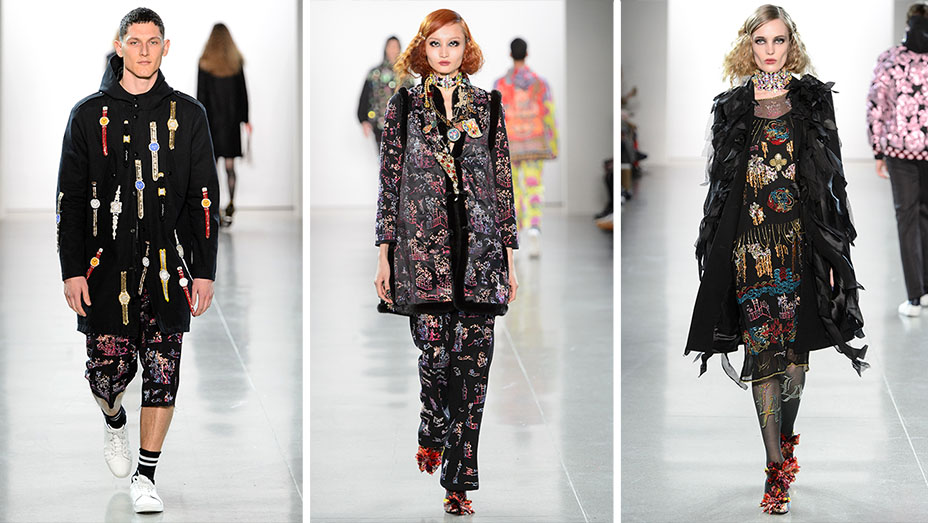 And what about those funky manicures? Executed by CND Nails, they had models sporting fringe-like hair extensions on their fingers that fell nearly to the floor. Hartig’s sensibility is always slightly punk, and his collection veered from delightfully chic flapper-era gowns with chinoiserie embroidery to army jackets emblazoned with the image of Cher, yes, Cher. With this one, anything goes. Long live Libertine! 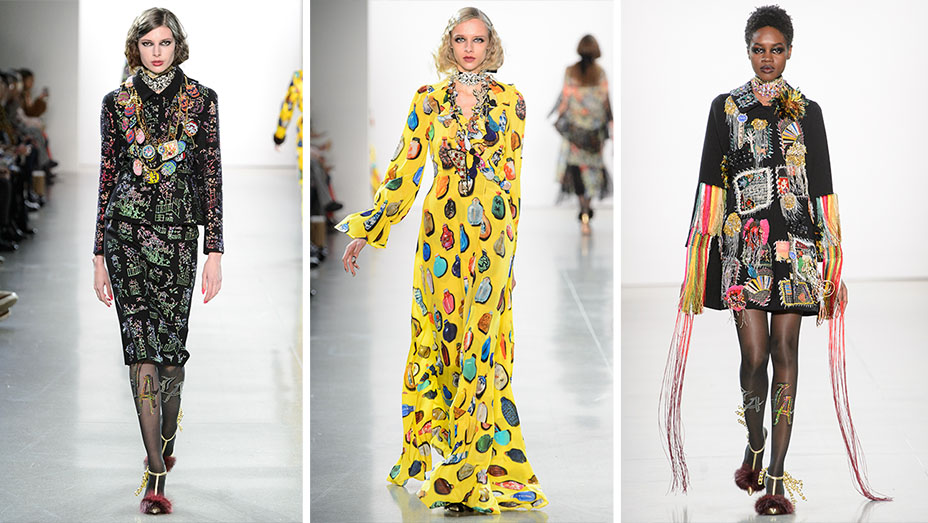 Monse designers Fernando Garcia and Laura Kim ditched the runway altogether, showing a film they made at Coney Island starring Erin Wasson and narrated by none other than Nicki Minaj. To celebrate, they threw a carnival-themed party at the Gramercy Park Hotel, with corn dogs, tater tots, plenty of cocktails and whimsical poster art poking fun at the designers, which was made by a pal on their design team. The party, Kim said, was meant to be lighthearted, like the collection. “It’s how we started Monse, having fun with our friends.”