When the Council of Fashion Designers of America sent out its digital pre-Fashion Week calendar this morning, subscribers surely couldn’t miss a key detail: The “pages” were tinted pink.

The color is an homage to Ruth Finley, the woman responsible for creating the Fashion Calendar, the schedule for shows and events printed for almost 70 years on the pink paper that became the document’s signature. Finley passed away Sunday evening at New York’s Lenox Hill Hospital. She was 98.

With a $1,000 loan from a college classmate, Finley started the simply titled Fashion Calendar in 1945 after hearing two friends, both editors, discussing conflicting fashion shows at Saks Fifth Avenue and Bergdorf Goodman.

John Zderko, Actor in 'Criminal Minds' and 'The Mentalist,' Dies at 60

Over the years the Fashion Calendar not only evolved into the go-to schedule for knowing the industry’s must-attend events, but it also accomplished Finley’s original goal of becoming a clearinghouse for designers to ensure they weren’t getting in each other’s way. Neglecting to “check with Ruth,” designers discovered, would be at their own peril. “There’s the famous story about Norman Norell, who didn’t make that call to Ruth and ended up in a bad slot and had to cancel his show,” recalls Steven Kolb, the CFDA’s president and CEO. “He never made that mistake again. He wouldn’t even have his secretary make the call. Norman himself would call Ruth.”

Finley and her calendar indeed were an established part of the industry when Diane von Furstenberg, newly arrived in New York in 1970, showed a suitcase full of dresses to Vogue editor Diana Vreeland, who encouraged von Furstenberg to pursue her dream of turning the contents of that suitcase into a business. “For me, Ruth was my first call after I left the office of Diana Vreeland to show her my first dresses,” von Furstenberg says. “Ruth Finley was the phone call that made a designer legitimate. It would mean you were listed in THE Fashion Calendar.”

By the time Prabal Gurung showed his first collection in February 2009, he also knew inclusion on the Fashion Calendar was both mandatory and a hallmark of legitimacy in the industry. “We worked with Ruth for a number of years — she was our go-to for Fashion Week,” he says. “Ruth was a female industry leader, something so rare and still so impactful and special in our industry. She democratized the fashion industry and is responsible for helping to shape New York into the diverse, open city it is. She helped make this city the place where I was able to achieve my American dream. Ruth was a fearless industry leader and a true inspiration. It was an honor to have known her, and she will be missed.”

Through almost seven decades of assembling the biweekly calendar, Finley kept the process simple: She accepted phone calls and wrote events and dates on three-by-five-inch index cards, which then were compiled into the document. “She was organizing a very complicated thing in a time before there were apps and spreadsheets and computers,” Kolb notes. “I think her idea of modernizing at a certain point was to get a fax machine. She believed in the power of that pink paper. There are a lot of people who have hung onto their Fashion Calendars over the years, and in some ways they’re a historical archive of the industry.” (Finley is due to get the documentary treatment soon, in the upcoming film, Ruth Finley’s Fashion Calendar, by Christian D. Bruun.) 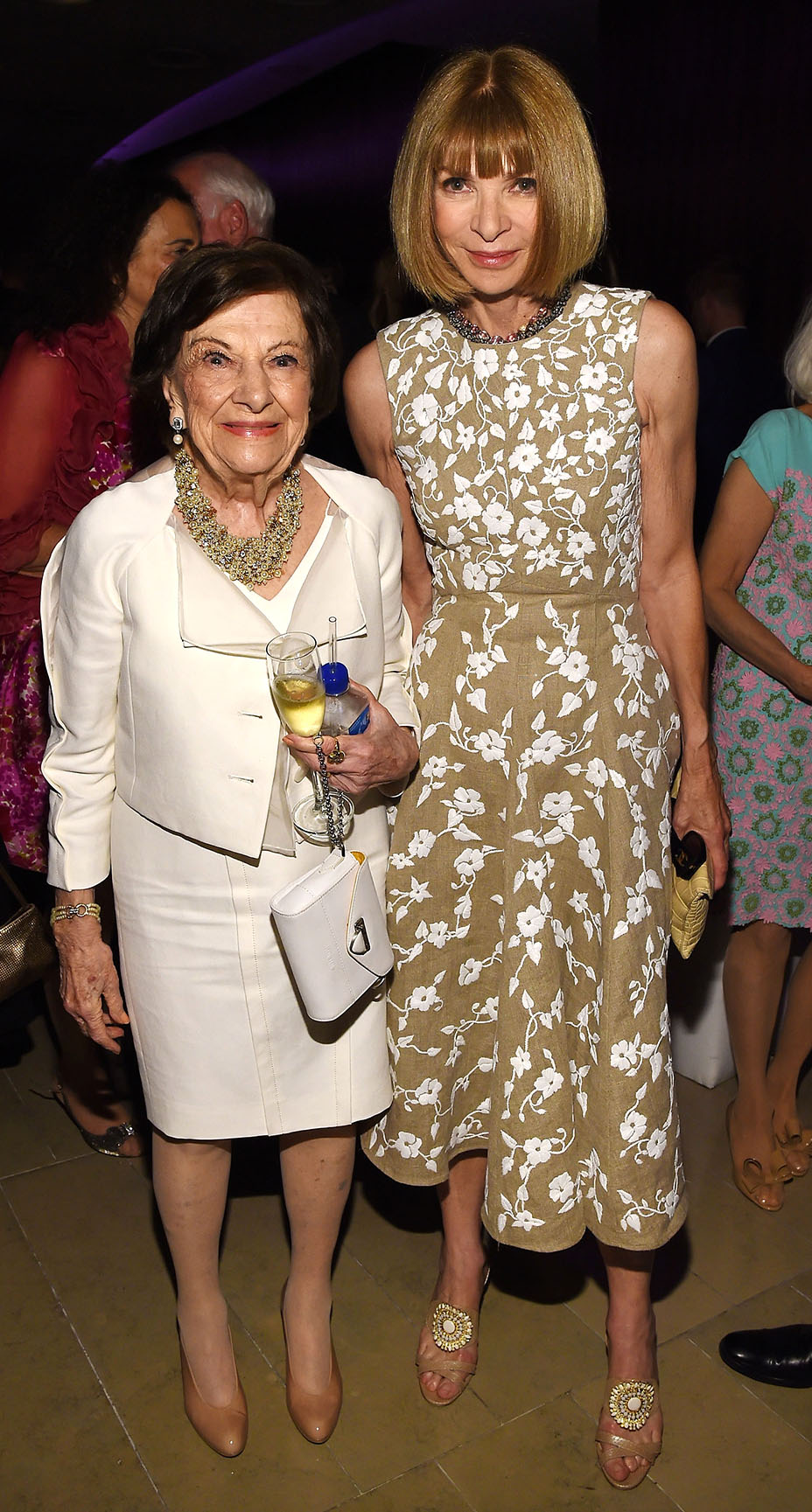 “It really is the passing of the old guard,” says designer Anna Sui of Finley’s death.

Finley turned the Fashion Calendar over to the CFDA in 2014; already in her early 90s, the task, she had finally decided, was becoming too great. Turning the calendar into a digital subscription service was an easy decision, Kolb says, with fashion designers, PR firms and others now submitting their events via an online form. “Ruth probably didn’t love that we went digital,” he says. “That didn’t come easy; she basically trusted us to adopt her baby. We had maybe a month of printed schedules before we shifted over, but [going digital] was an obvious decision when we acquired it.”

Finley accepted a CFDA Board of Directors Award from von Furstenberg in 2014 and was still a presence at New York Fashion Week, attending shows with the help of an assistant and accepting greetings from well-wishers after she had been shown to her seat. When Finley stopped by the CFDA offices recently, Kolb says an employee in his early 20s was beyond excited to have his photo taken with her, a sign that Finley’s legacy transcended generations.

“The history of Fashion Week can’t be told without Ruth Finley’s name appearing in bold print in that story,” Kolb says. “There wasn’t a designer of the last 70 years who wasn’t influenced or advised by her. She was the glue and the structure of Fashion Week, and she held that position for much longer than a lot of people would have stayed involved. But she did it because she loved fashion.”