Beyond cobbling shoes coveted by mega-stars, Davis has recently teamed up with entertainment companies on a series of collaborations, including a contract with Disney in which she has cornered the market for power princess shoes for women. 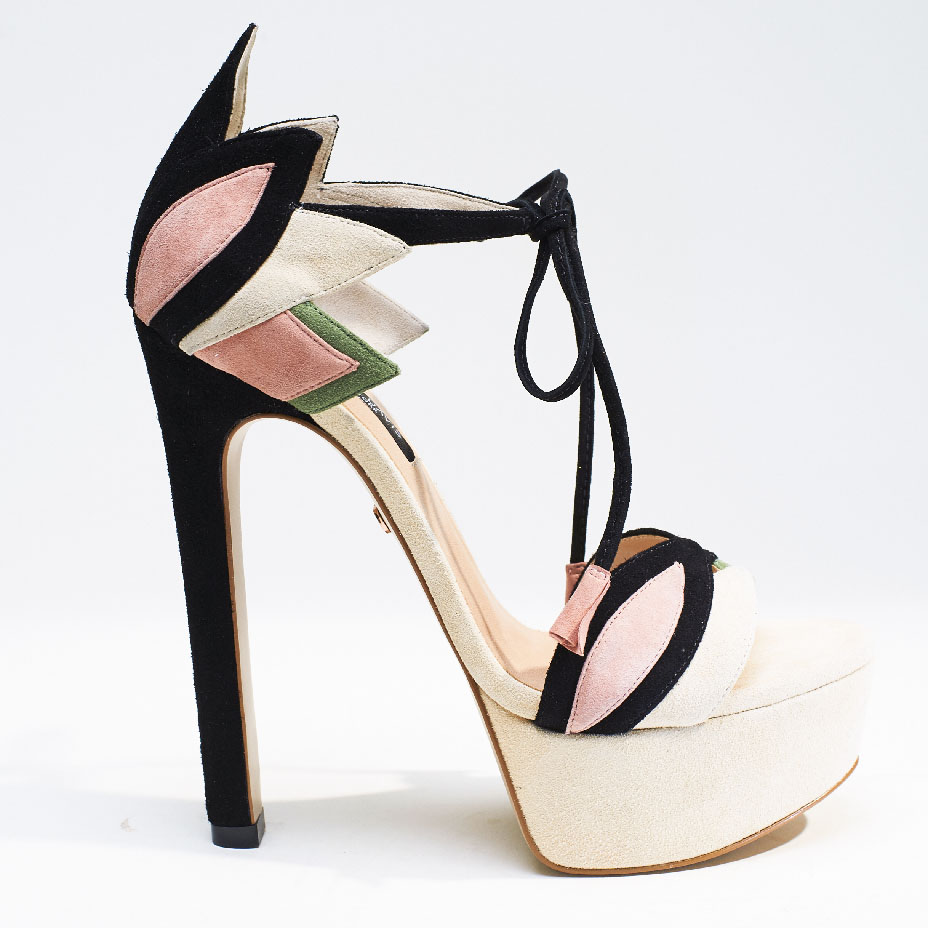 “Universal approached me to produce Minions shoes for women in fall 2016 and that led to Home Shopping Network, where a friend recommended me to do shoes for their Beauty & The Beast license that launched last March,” Davis told THR exclusively by phone. “The Disney people saw my designs and asked if they could work with me directly and the rest is history. The idea being that I will cycle through the 11 Disney princesses as important princess milestones come up, from a film to a birthday or anniversary.”

First up in the Ruthie Davis x Disney Princess collection is a capsule line inspired by Snow White that syncs up with the 80th anniversary of Snow White and the Seven Dwarfs. The eight styles ($498 to $798) include sneakers, booties and stiletto sandals in leather and velvet with iconic details from the film captured in the embellishments. That collection debuts on Jan. 15 at Fred Segal in Los Angeles but can be preordered as of this week at ruthiedavis.com/disneyprincess. 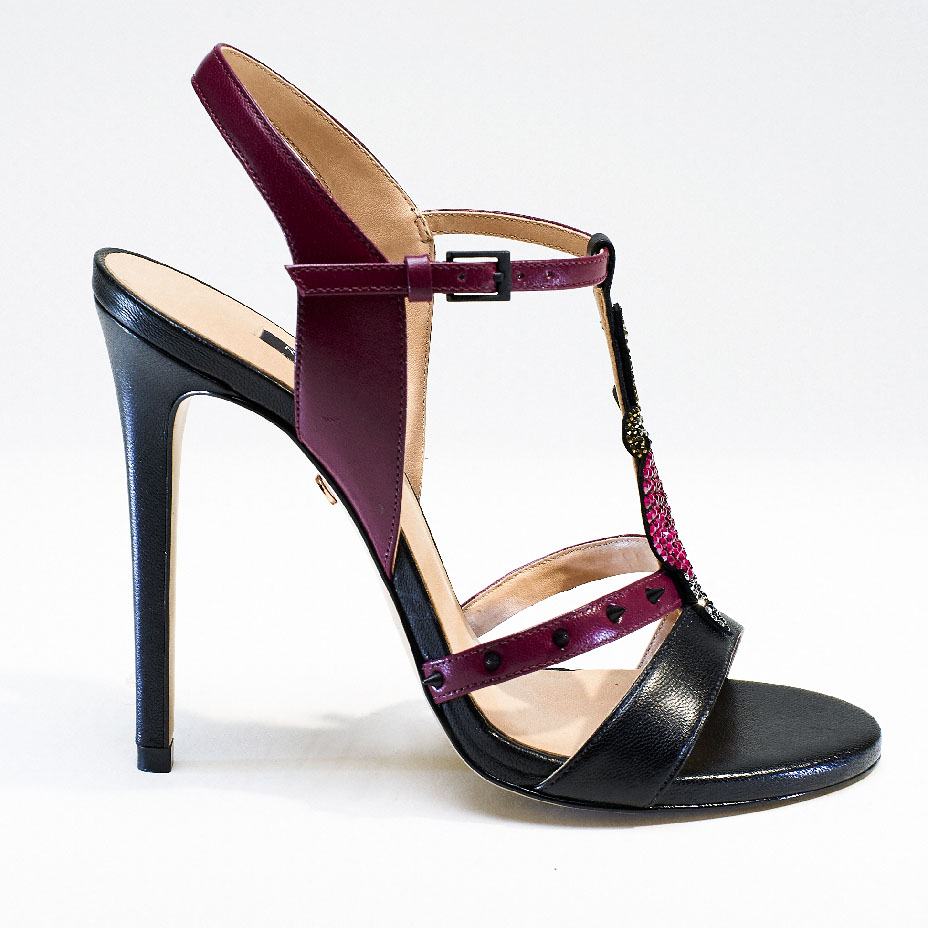 “I have access to the Disney assets, which is incredible — all of their visuals, patterns, prints, colors that I look at before I design the shoes,” says Davis. “As an example, I got the Pantone number for Snow White’s blue velvet gown from Disney for the exact shade of Snow White blue, and it is Disney artwork for the seven dwarfs in the heel of a velvet bootie and for the faces of the Evil Queen and Snow White on leather patches, custom-made in Italy, on leather booties, so one foot is good and the other is evil; depending on your mood, you can put your left foot or your right foot forward. Another sandal has colored crystals, because the seven dwarfs mined gemstones, and there are a lot of entertaining surprises like a little rose gold dwarf head on one of the shoes, that you might not even notice until you are tying the laces, and mini hand mirror zipper pulls.”

Actress Katherine McNamara stepped out in the Good & Evil booties on Halloween. And according to Davis a stylist for Beyoncé has requested the Friend of the Forest suede platform heel with a more subtle art deco pattern, influenced by the 1930s era when Snow White was created, so we may see Bey donning that style sometime soon. 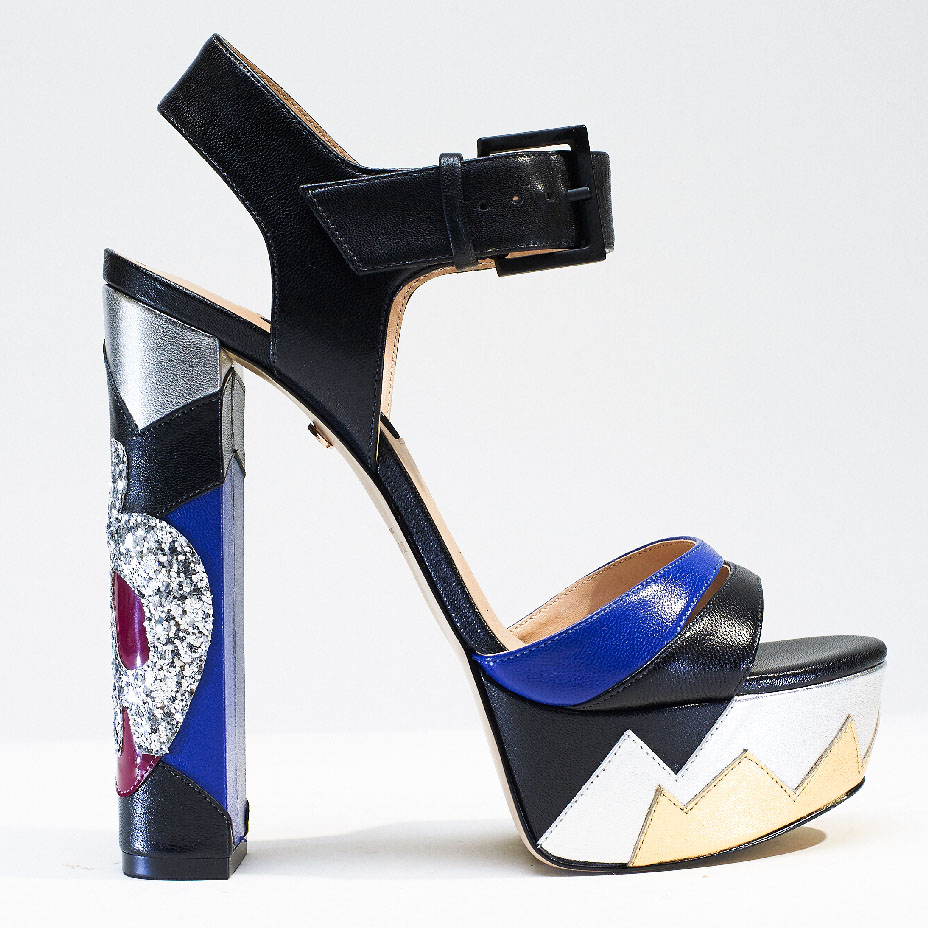 Next up, for fall 2018, is a similarly sized Ruthie Davis x Disney Princess capsule line inspired by Fa Mulan of the 1998 animated Disney film Mulan, who will soon be reinvented in a live-action film starring Chinese actress Liu Yifei (also known as Crystal Liu) due out in 2019.

“I’ve already designed the collection, which will come out next fall to coincide with the 20th anniversary of Princess Mulan, and we’re in the prototype phase,” says Davis. “The inspiration is much more integrated. I don’t want people to say, ‘That’s a Mulan shoe’ but to wonder what the inspiration is. There are dragons and Asian details that are not so literal, and there will definitely be a jogger and a wedge sneaker in the line. I’m going to make each collection unique to that princess and it’s not going to follow any formula. Mulan is very strong and courageous, determined, really independent. She’s a warrior and the epitome of don’t-mess-with-me girl power versus Snow White, who is a little sweeter and more innocent as she is a princess from 80 years ago.” 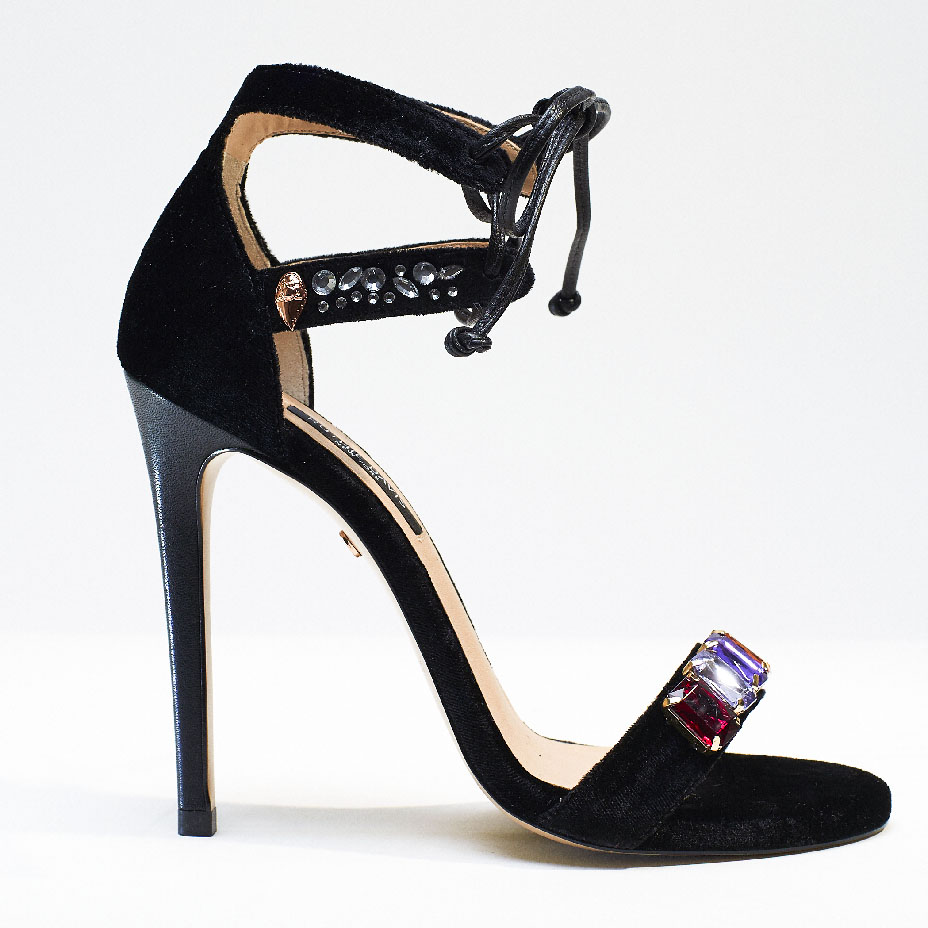 When it comes to a personal princess heroine, Davis has always been smitten by Cinderella; she once acted out the role in a junior high play. “Cinderella was a real dreamer, and she worked hard and put her head down and swept floors and just believed that some day her dream would come true; that’s my whole message to young women is to go after their dreams, work hard and dream big,” says Davis. “I was also really obsessed with the glass slipper and the whole idea of this magical shoe. And then I ended up becoming a shoe designer!”

“With the modern princesses especially, it’s not so much about the prince anymore,” Davis adds. “It’s really about the princess achieving things. It’s about her own success and independence. (Tiana runs her own restaurant!) And that’s a story I love. It is pretty much why I do what I do. You don’t want a princess who is too princess-y; you want a power princess!” 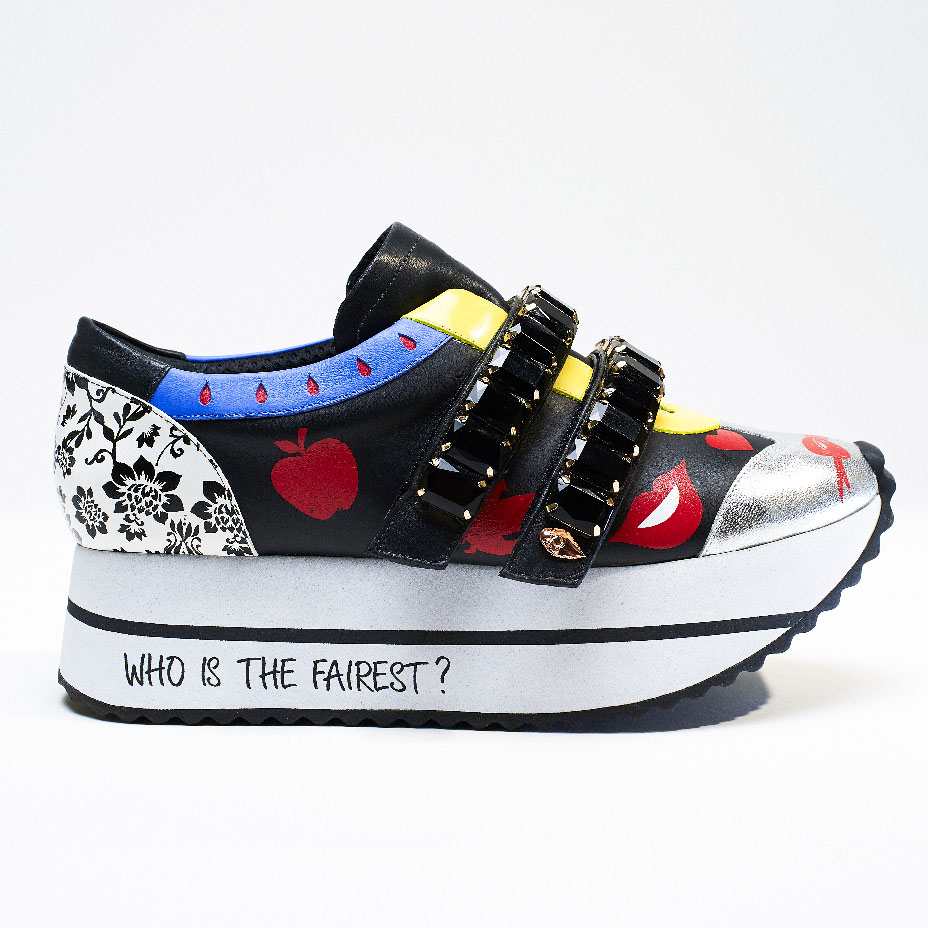 Paige and Clare V. Team Up for Handbag Collab