GLOW‘s Alison Brie showed up at the SAG Awards in a gown that called to mind the color-popping ‘80s-era costumes of the Netflix series she stars in, paired with sky-high cobalt platform heels and Irene Neuwirth earrings. The siren red, one-shoulder gown by designer Peter Dundas’ namesake label with a va-va-voom slit and colorful zig-zag sequined trim along the neckline and side, framing a side cut-out, evoked a Ziggy Stardust vibe.

Dundas debuted his eponymous collection for resort 2018 (and it was seen on Beyonce at the Grammys last year). He is known for a glamorous, look-at-me aesthetic with vivid pops of color,  loved by celebs such as Kim Kardashian and Ciara. 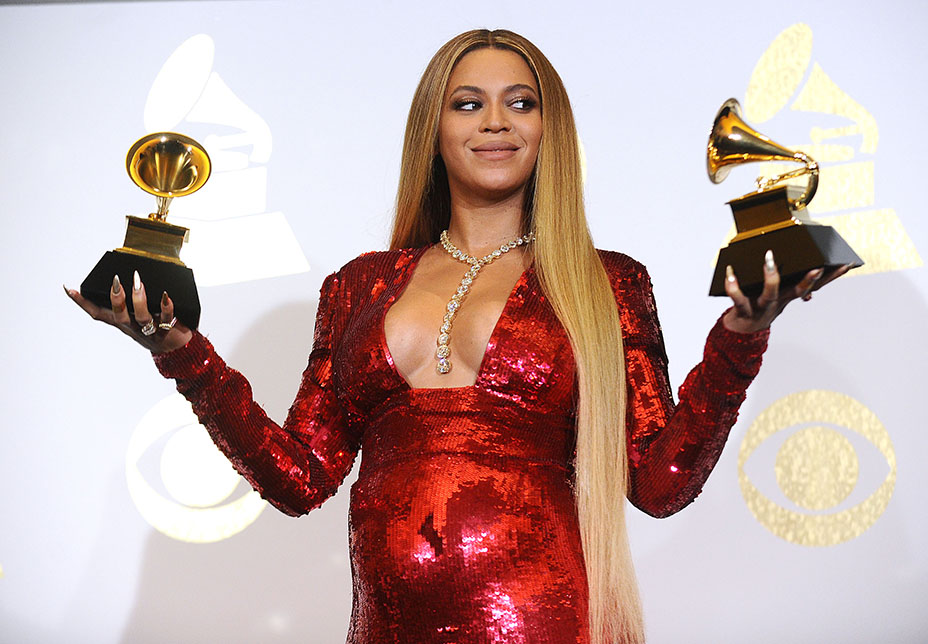 The Norwegian designer previously designed for Roberto Cavalli from 2002 to 2005 and was Emilio Pucci’s creative director before returning to Cavalli in 2015. 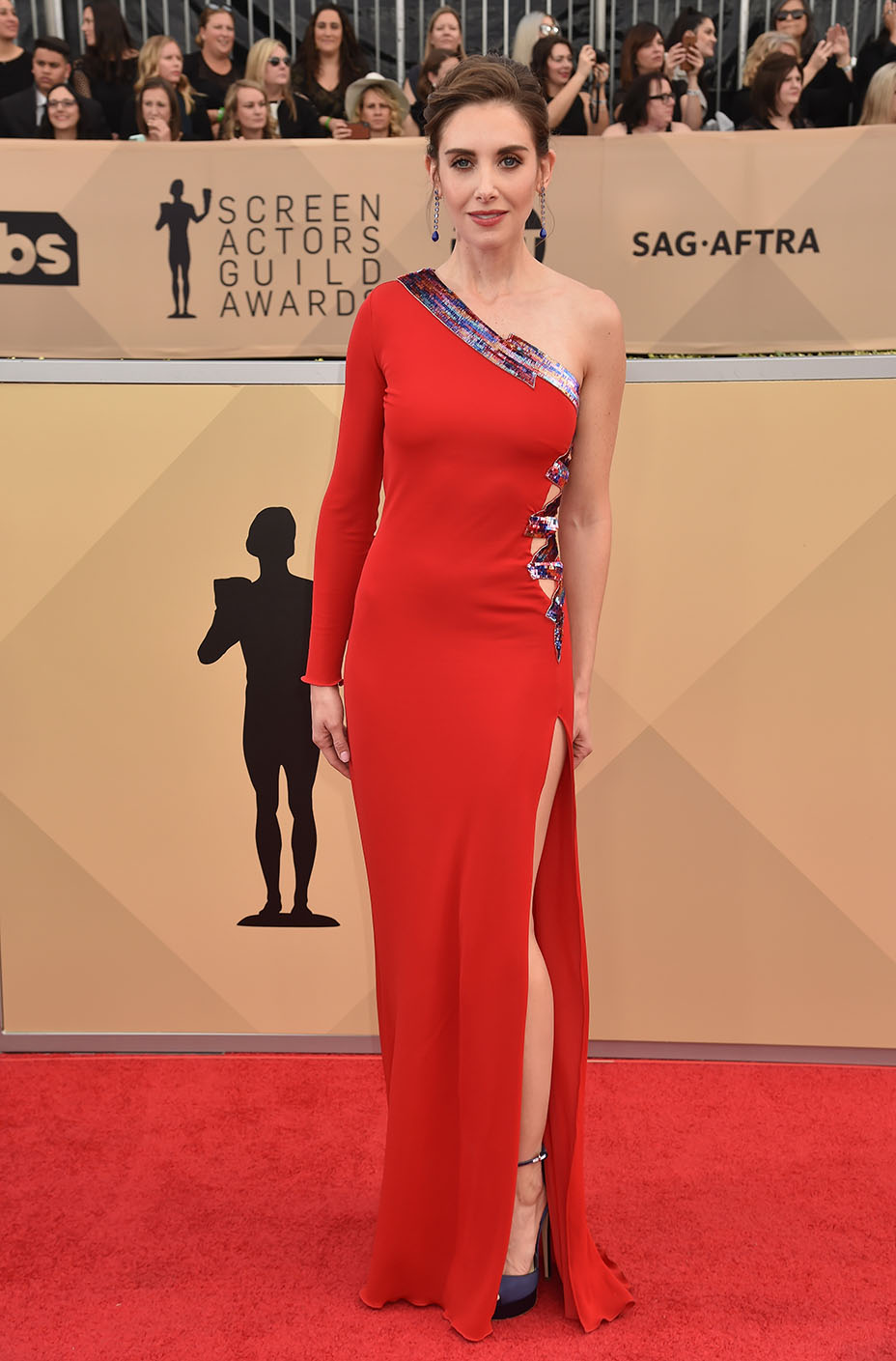