Sandy Powell has garnered more Oscar nominations for best costume design — 15 — than any other living designer. She has won three times. And if she claims her fourth Oscar for Martin Scorsese’s The Irishman with co-designer Christopher Peterson, the British designer will tie Milena Canonero and Colleen Atwood for the most wins by a living costume designer.

Powell is renowned for dressing casts of thousands on films like Disney’s Cinderella and Mary Poppins Returns, plus seven movies with Scorsese, including The Irishman. (Costume budgets on studio films can range from $1.2 million to $3.5 million.) But Powell — who dropped out of London’s Central Saint Martins to create the wardrobe for Derek Jarman’s 1986 drama Caravaggio — is equally famous for crafting dazzling costumes on a shoestring, as she did on Sally Potter’s 1992 period drama Orlando, for which she received her first Oscar nomination. To stretch that film’s meager $110,000 costume budget, Powell enlisted a team of volunteer student seamstresses and spent “every penny [on] yardage.” 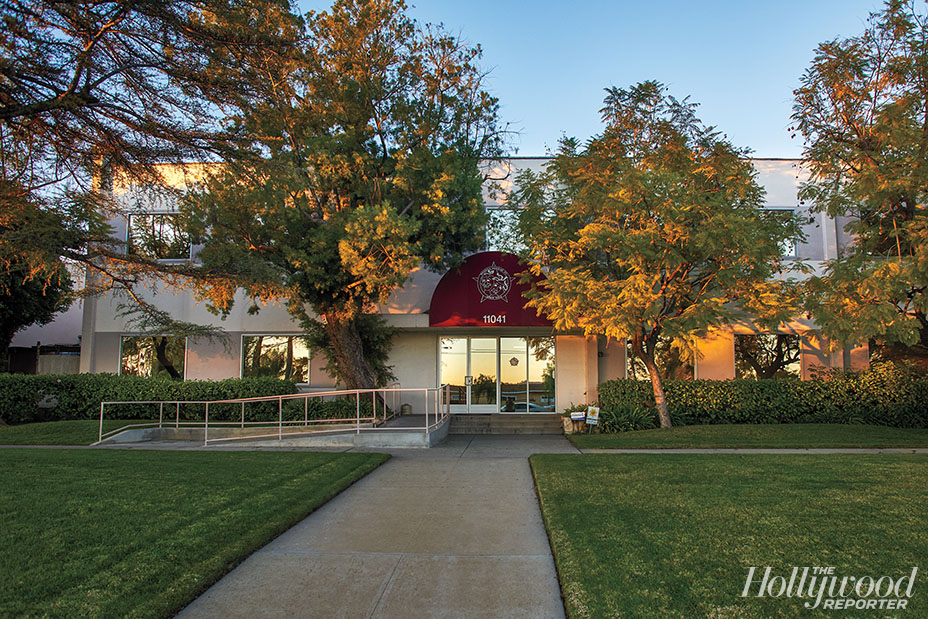 Since then, textiles have remained her secret weapon. When Powell is working in L.A., she decamps to North Hollywood’s venerable wardrobe house Western Costume for inspiration-generating foraging expeditions through its floor-to-ceiling shelves laden with all manner of cloth and trimmings. Powell, 59, who lives in London, spoke with THR about the business of costume design over a room-service smoothie breakfast at West Hollywood’s Sunset Marquis hotel.

What is the highest number of costumes you’ve done for one movie?

The Irishman was the biggest for crowd numbers. We dressed approximately 5,200 extras. Frank Sheeran [Robert De Niro], Jimmy Hoffa [Al Pacino] and Russell Bufalino [Joe Pesci] needed approximately 200 costumes, excluding stunts and doubles. We needed to change outfits to show the passage of time. But I’m against having too many costume changes in a film, generally. I think it gets confusing. And in real life, people don’t actually have that many clothes.

Marty enjoys and understands costumes. He’s interested in his own clothes. He’s always really well turned out. I don’t think I’ve ever seen him look casual or scruffy. When an actor walks on set, the first thing he does is look at them from head to toe and talk about the costumes. It’s very inspiring. 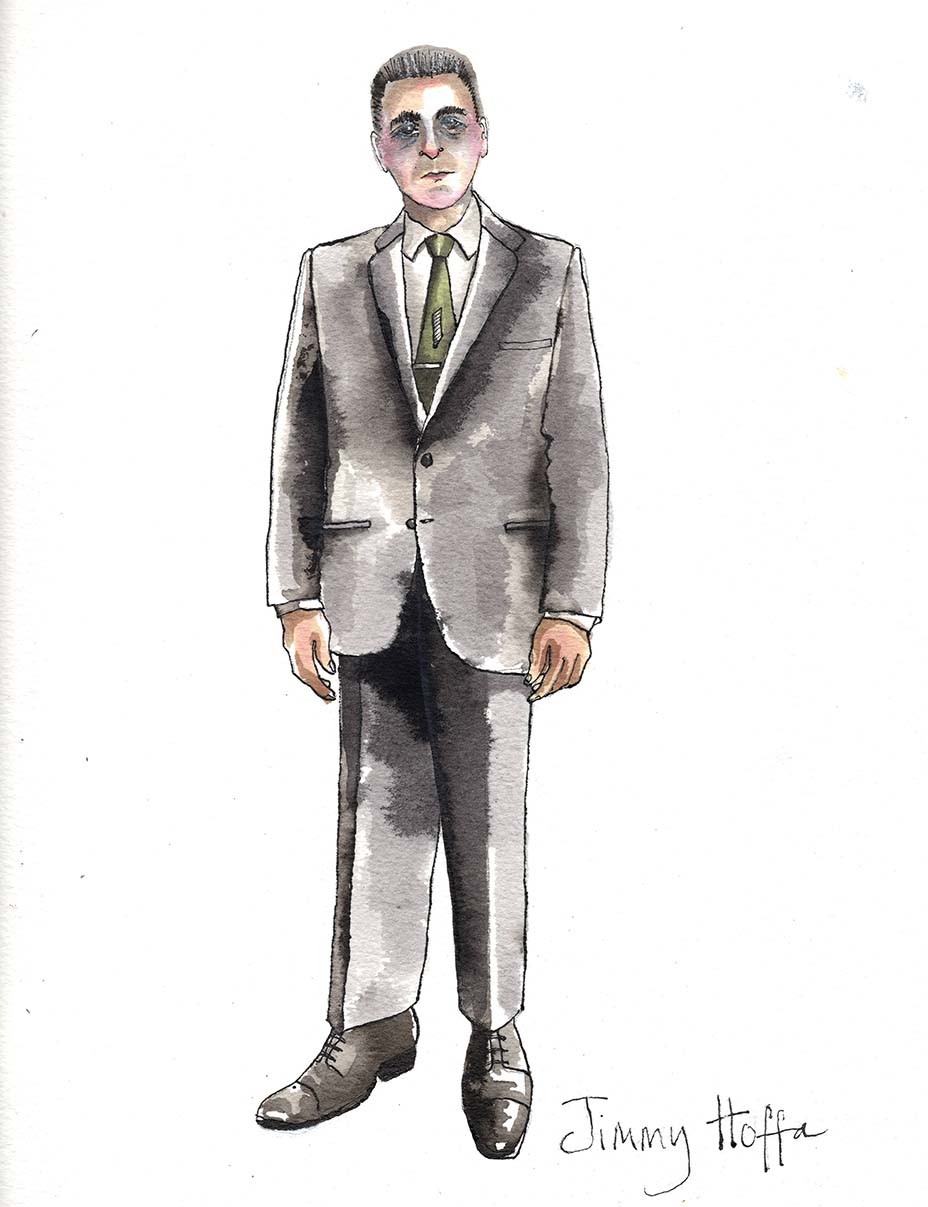 What are the ideal working conditions for you?

That you have a director and a producer who actually understand what your job involves. You’d be surprised at the number of them who don’t actually understand what you need and why. There are some occasions when you get questioned over every single decision. The ideal situation is when the money people don’t interfere. Netflix was brilliant on The Irishman — incredibly generous and didn’t question anything. What often scares studios — particularly producers — is that in our department, we spend an awful lot of money up front. People panic. But you have to say: “We need to do this now. If we spread it out, we can’t get moving quickly and we’ll be behind.” Holding up shooting is a bigger waste of money.

The Irishman was the first film on which you worked with a co-designer, Christopher Peterson. Why did you team up?

Because The Irishman started before I was available. Christopher had been an assistant [of mine]. Now he’s an established designer and I thought, “He’s the only person I could work with who could actually do this.” We divided the load. It just worked. 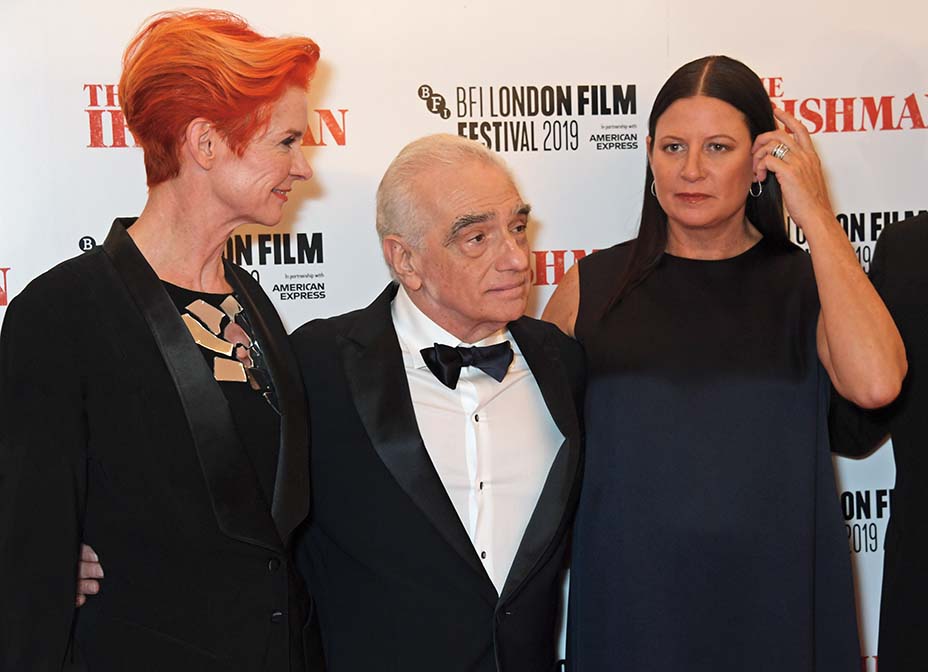 The common conception is that an actor’s price goes up with an Oscar victory. Does the same thing happen for a costume designer?

I don’t think you automatically get a pay rise. There’s a ceiling to what we earn. What it actually does is open doors. There are more offers.

Some film composers can make $1 million or more a picture. Can leading costume designers make that?

Ha! You are joking. Never. We are on a weekly wage, and that’s it. It’s considerably less than production designers and massively less than cinematographers.

The Costume Designers Guild is leading a campaign, “Pay Equity Now,” to raise salaries in the field. What are your thoughts?

There should be more parity [between] costume designers and production designers. What we do is just as important. We don’t have the problem in the costume profession that there are not enough jobs for women, because obviously there are a lot of female costume designers, and I believe we get paid the same [as our male colleagues]. 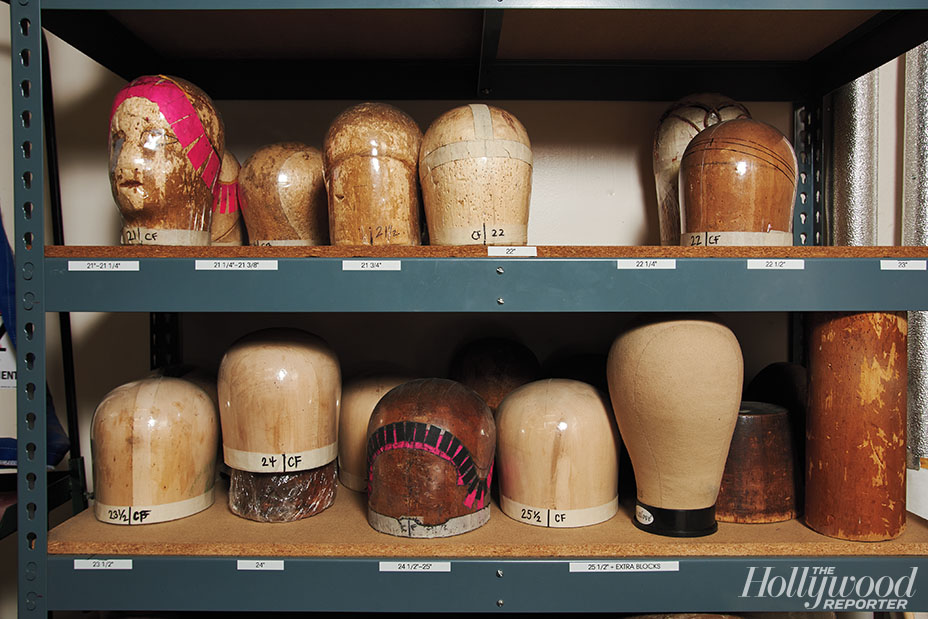 Do you get offers to do things like start your own fashion line?

I have not, actually. Sometimes during a job, I’m incredibly inspired by what I’ve designed, and I always think I could do a fashion line based on the job I’ve just done. But I wouldn’t want to produce collections every season.

How has the fact that studios have turned away from mid-budget period movies affected the costume design field?

It’s a real shame. During the ’90s, what I did mostly were mid-budget films that were interesting stories and quite often period films. That’s what I cut my teeth on. Now it’s either like a student budget — which is fine if you’re a student — or it’s franchise films. And little in between.

How do costume designers get film projects?

For more established [designers], you do get jobs based on your past work, obviously. But [getting hired] would still involve an interview and a meeting with the director and possibly the producers because it’s about your personality as well.

You designed the wardrobe for Julie Taymor’s upcoming biopic of Gloria Steinem, The Glorias. What was that like?

Great. We went to [Steinem’s] house and she showed me her closet. So I was able to have a look at some of the clothes she wore in the ’90s and then do versions of them. She put all her jewelry out. Gloria Steinem has always worn lots of rings, and she lent me pieces to copy for the film.

What will you wear to the Oscars?

At Western Costume, I pulled out a roll of this amazing 1940s taffeta with gold lamé thread. I wasn’t planning on making anything new for the Oscars this year. I was going to recycle. But when I saw this fabric, I thought: “I want it.”