Saoirse Ronan may play a scuffed-up wayward teen in Lady Bird, but the Irish darling looked perfectly put together at the 2018 Oscars in Calvin Klein. Working with stylist Elizabeth Saltzman, the first-time nominee stepped out in a Calvin Klein gown with Christian Louboutin heels, Cartier jewelry and Roger Vivier heels..

“It’s almost like everything disappears and there’s Saoirse,” says Saltzman. ”The dress is absolutely simple, clean, and then you turn around! But it’s all about the art of dressmaking at its finest. This was about, ‘How do you make all the attention just be on Saoirse? How do you make it iconic and memorable? ‘ We started by thinking of words like ‘clouds’ or ‘the sky’ which made everyone think of billowy and big. But then we realized that it was more about angelic and ethereal. So that’s where we went. And then we went for timeless. It won’t be dated. It could be any era but it’s still very modern.  I’m sure that people will think it’s simple, but if they only understood the construction and how much work and time and talent it actually takes to make a simple dress, to keep deconstructing while constructing—I’m in awe of the team that made it.” 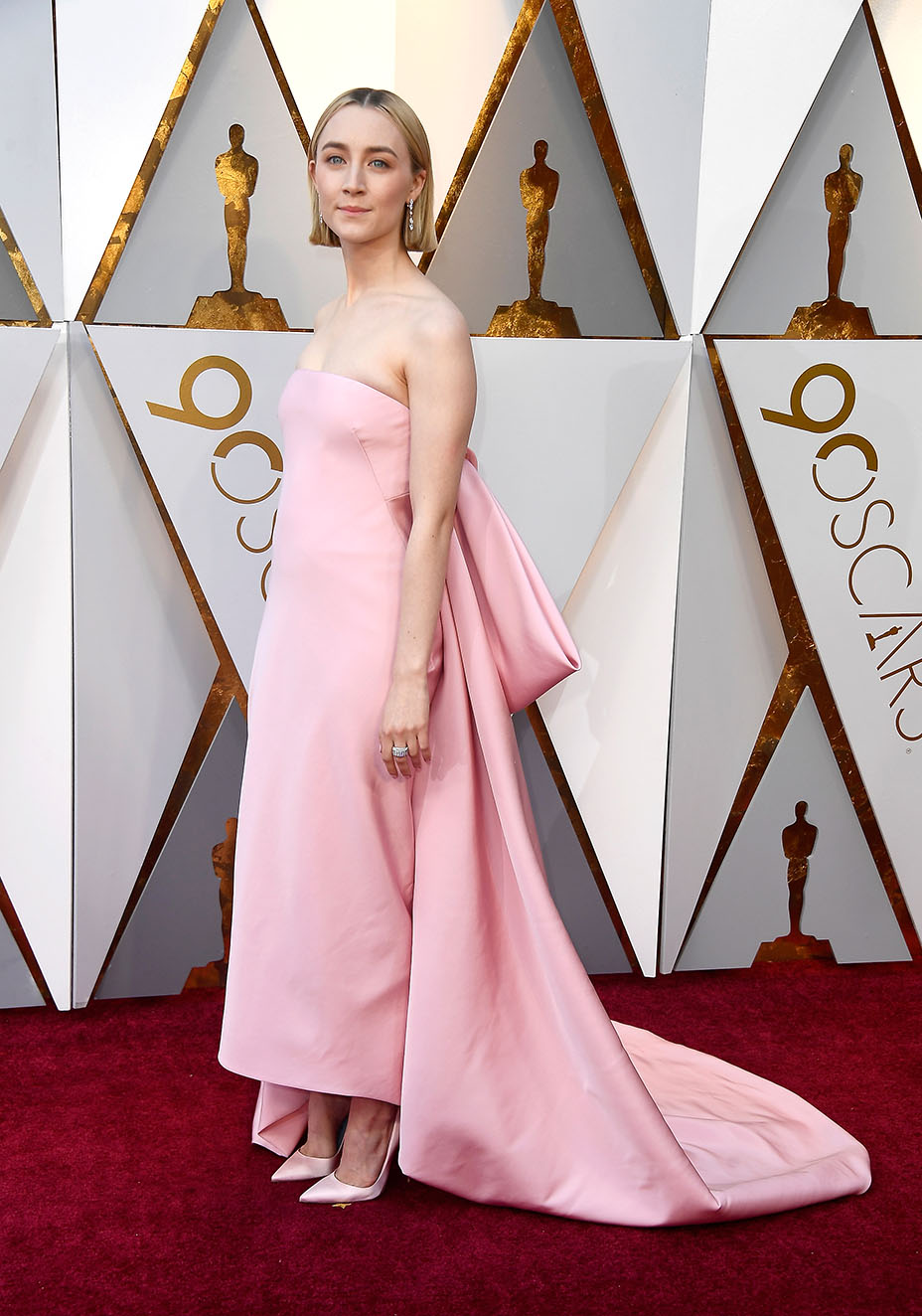 Ronan is nominated for best actress for her role in Lady Bird. She is up against fellow nominees Frances McDormand (Three Billboards Outside Ebbing, Missouri), Margot Robbie (I, Tonya), Sally Hawkins (The Shape of Water) and Meryl Streep (The Post).