New York Fashion Week’s tents were tucked into a corner of the plaza at Lincoln Center for five years, between 2010 and 2015, and early in their residence, they sparked a thought for Sarah Jessica Parker.

“An idea was birthed eight years ago when the tents were located across this beautiful promenade,” she told The Hollywood Reporter on Thursday evening at Lincoln Center’s David H. Koch Theater. “I wondered if there was something fruitful to be born of these two disciplines, of [ballet and fashion] marrying.”

The result was the New York City Ballet’s Fall Fashion Gala, first produced in 2012 with Parker, currently the vice chairman of the organization’s board, serving as the event’s co-chair, and Valentino Garavani stepping into the role of costume designer for “Bal de Couture,” a 24-minute number featuring music from Tschaikovsky’s Eugene Onegin. Eight years later, the Fall Fashion Gala has become one of the most sought-after events on New York’s social calendar; for the 2019 edition, the New York City Ballet enlisted Anna Sui and Zac Posen as costume designers for a pair of world-premiere works by choreographers Edwaard Liang, who partnered with Sui, and Lauren Lovette, who worked with Posen. 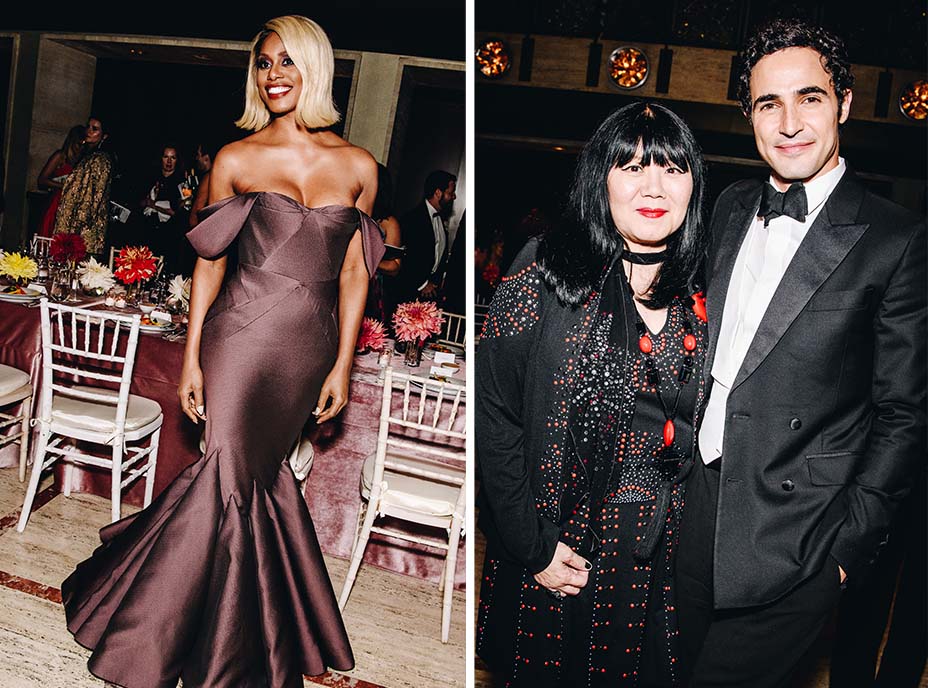 “It’s a dream come true — this hometown boy has been waiting for a long time for this moment. To work with the New York City Ballet? That’s pretty cool,” Posen told THR on the red carpet. “I just wanted to learn as much as possible, to spend as much time as I could in their costume shop, really interpreting the music and the story that Lauren and I went through and imagined together. I also had to design the costumes far earlier in the summer, even before Lauren started the choreography, so the costumes started to inform the story.”

Posen’s influence also was felt on the red carpet, dressing guests that included Lovette, in crimson satin-backed crepe, as well as Laverne Cox in a mauve mermaid gown from Posen’s Pre-Fall 2019 collection and co-chair Kelly Ripa, who selected an intricately draped gown in deep turquoise from Posen’s Spring 2011 collection. For Broadway producer Jordan Roth, Posen crafted a shrug of multiple layers of pleated tulle, designed to resemble ballet skirts. “I always like to take inspiration from what the night is going to be, what we’re celebrating and shining a light on,” Roth said of his look, which he accessorized with jewelry by David Webb. 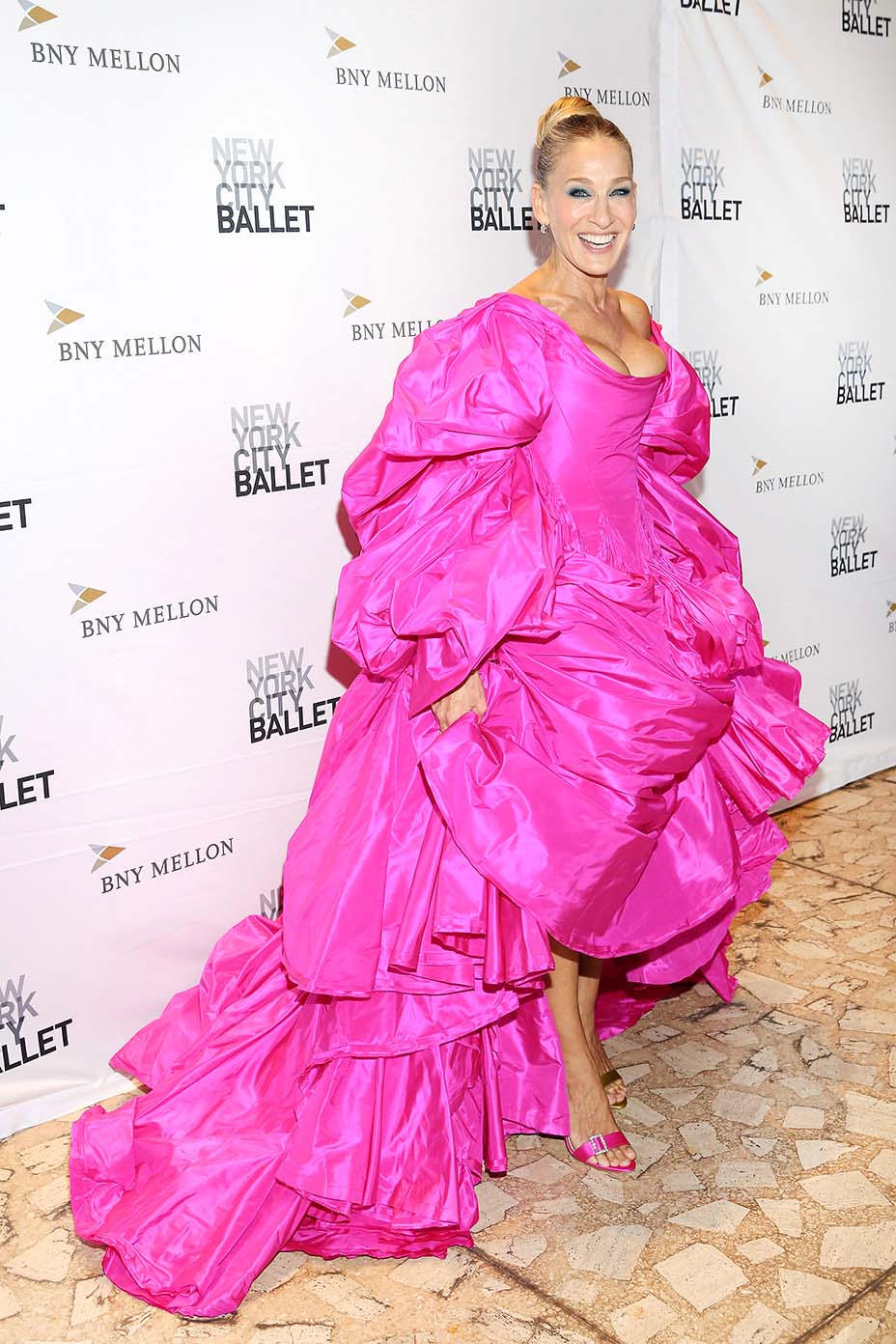 But it was Parker who caused the frenzy on the red carpet, arriving in a custom Posen gown of fuchsia silk taffeta. “It was a shape I had designed, but we made it couture for Sarah Jess,” Posen said. “She chose the color, which I think was an amazing choice. It has volume, flamboyance and a beautiful neckline, plus it’s a dress you can dance and move in easily.” Parker also channeled a much-discussed moment of her most famous character, wearing satin slingback sandals from her SJP shoe line in two different hues, a hot pink that matched her dress and a deep yellow gold, a nod to a season three Sex and the City episode, when Carrie Bradshaw wore mismatched shoes during a trip to Los Angeles. 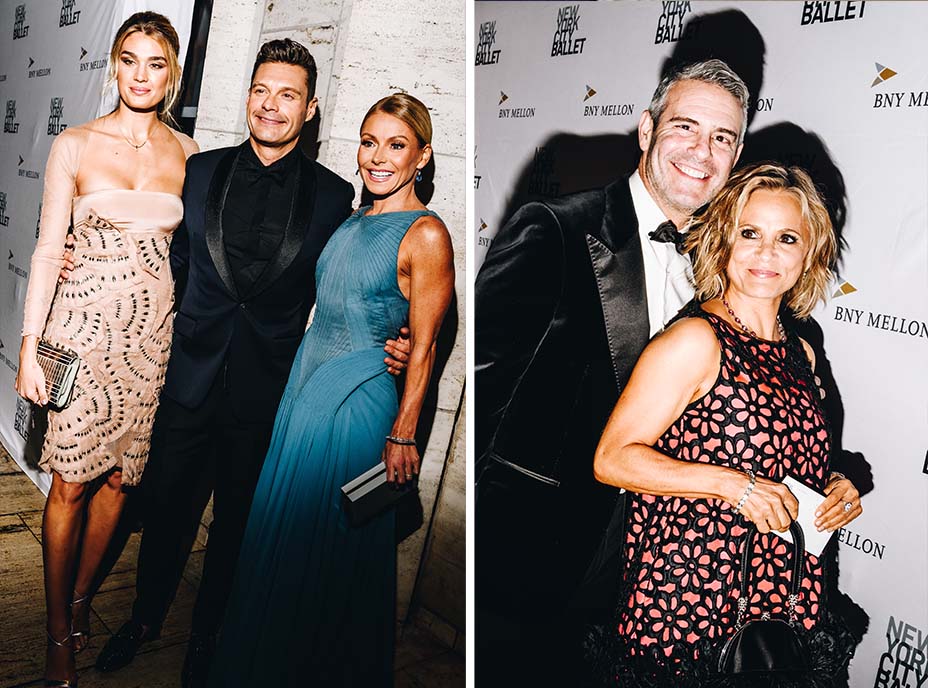 The night’s starry guest list also included Andrew Garfield, Ryan Seacrest and girlfriend Shayna Taylor, Brooke Shields, David Schwimmer, Amy Sedaris, Andy Cohen and Prabal Gurung, all on hand to catch the mix of ballet with the stylish costume-design work of Sui and Posen. “I was absolutely thrilled to be asked, though my assistant, Thomas Miller, may have been more thrilled, because he’s obsessed with the ballet — he knew all the dancers, came with me to all the fittings, and was so excited to learn which principals would be performing in our segment,” Sui told THR, adding that her aesthetic blended well with the special needs of ballet costumes, which like Posen’s designs were crafted in the New York City Ballet’s costume department. “You’re going to see looks that are very signature Anna Sui. They have such an expertise behind making the costumes, and we worked on everything together. We tested them on dancers, who moved around so beautifully in everything. I think we made a very unique costume.” 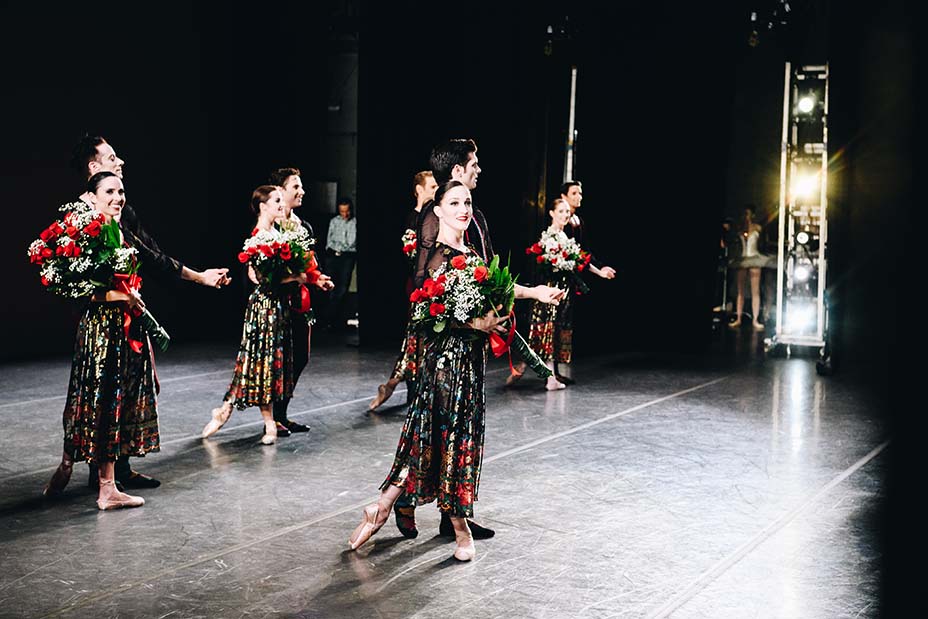 In addition to new designs, Posen requested to work with pieces from the ballet’s archives. “I said, ‘Are there any costumes I can play with, perhaps something I can mess up?’” Posen recalled. “But what arrived were original Barbara Karinska costumes from Balanchine productions, and that felt not appropriate — I just wanted to hold them and see how beautifully made they were. I ended up figuring out how I might be able to morph them and torque them by working digitally on a computer, and it became this kind of messed-up Degas story.” 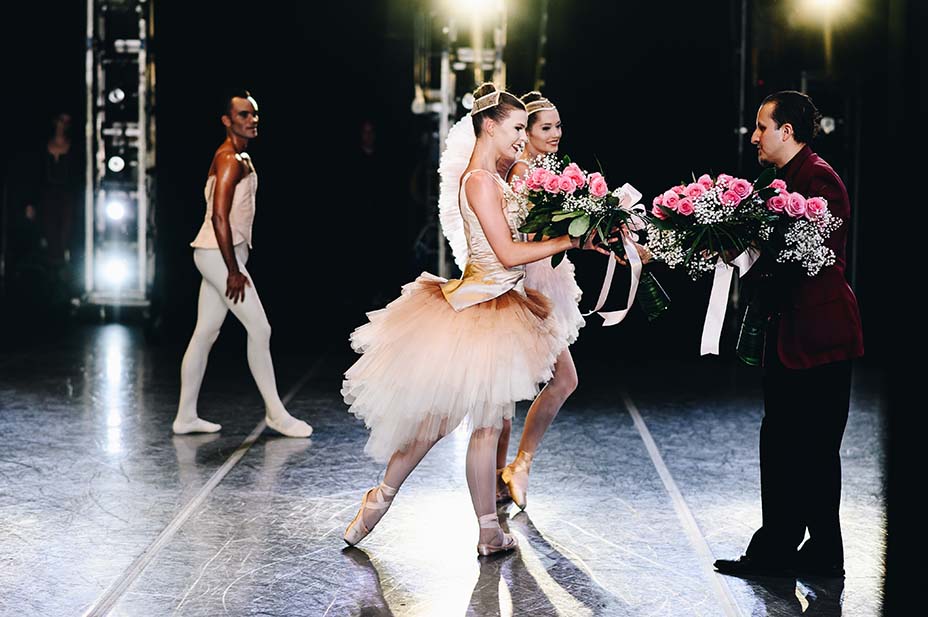 “Zac is so perfect for something like this because he not only understands the body and the way the body moves, but he also has such a wonderful understanding of and respect for culture and history,” Roth added. “He’s really a student of culture and performance, and he combines those ideas with the body, a sense of the theatrical and, of course, glamour, to create extraordinary work.” 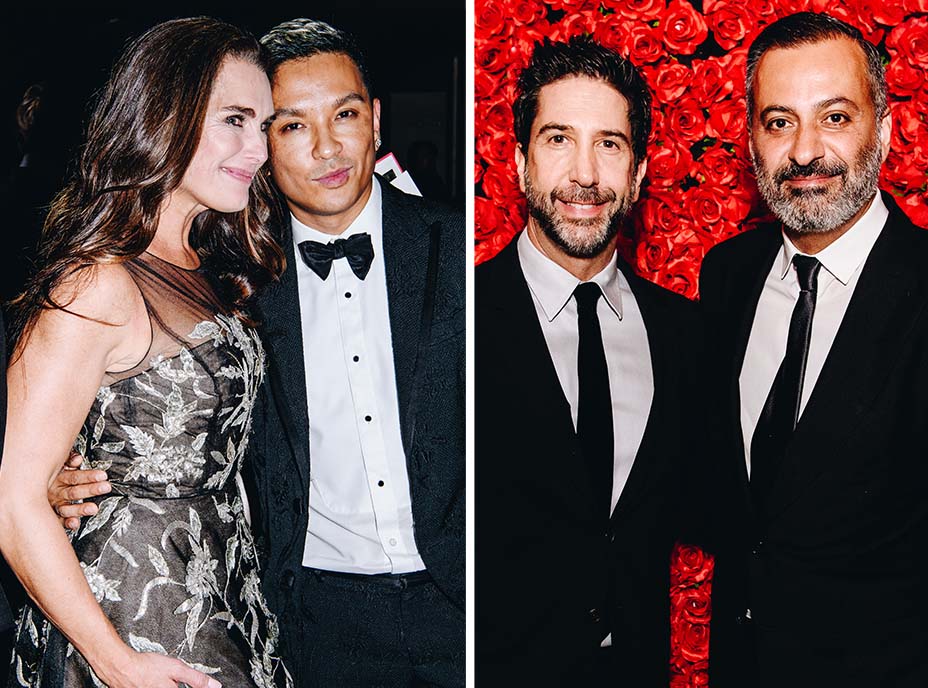 A sit-down dinner and dancing followed the performances; the night ultimately raised more than $2.6 million for the New York City Ballet, while the gala has brought more than $20 million to the organization’s coffers since its 2012 inception. “It means an enormous amount to me, because these are dollars that are needed to produce this kind of art, to support these kinds of athletes and artists,” Parker said. “You should support people who are at the top of their game and give them everything they need and deserve, while also making sure our audiences feel well-served. It’s truly a thrill that gets better every year.”