Although the Microsoft Theater in downtown L.A. is miles from the beach, a pair of mermaids somehow graced the red carpet ahead of the 2017 Primetime Emmys. 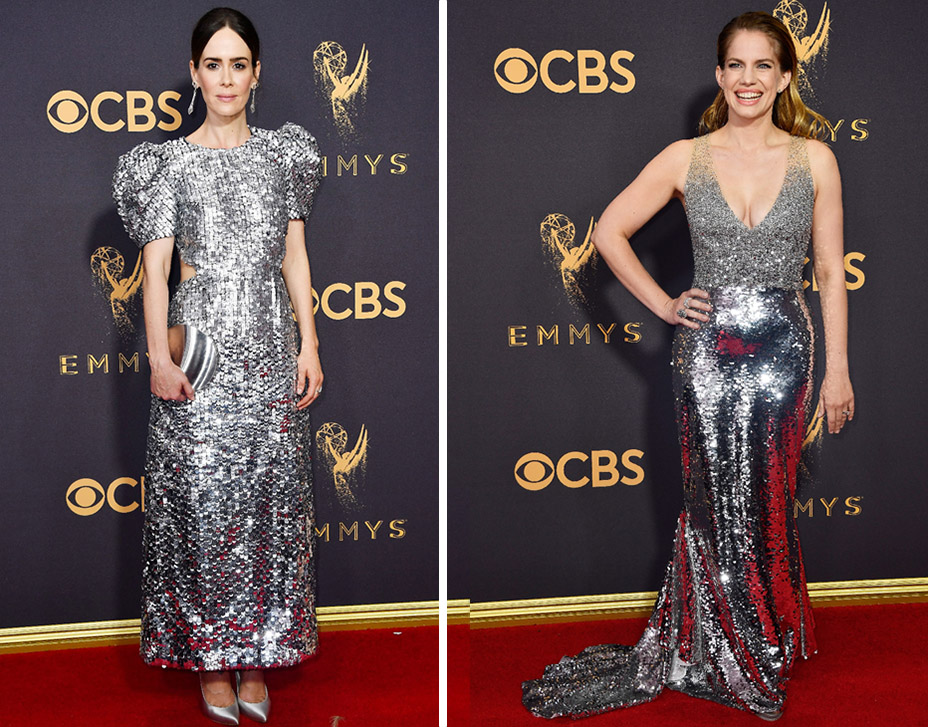 Last year’s outstanding lead Actress in a limited series or movie winner donned a silver Carolina Herrera frock with voluminous sleeves and peekaboo ribcage cutouts that was so laden with sequins that viewers might be forgiven for thinking it was made of iridescent scales. A reflective clutch and easy low pony finished off Paulson’s statuesque look.

Meanwhile, Chlumsky, nominated for best supporting actress in a comedy series for Veep, was resplendent in a dramatic platinum-hued gown she asked Sachin & Babi to custom-design for her, which she paired with slick wet-look hair. Illusion mesh with ombre beading and paillettes at her collarbones gave way to a fitted, heavily sequined flaring train below the waist — what else for a modern mermaid?