There was no red carpet outside The Plaza hotel on Friday evening. Nor the attendant horde of photographers that usually accompanies a lavish Manhattan event. And there were no Hollywood stars preening and posing.

Inside, though, an international crush of 450 boldface names, from royalty (Princess Marie-Chantal of Greece) to Rothschilds (James and Nicky) were crowding the pre-dinner cocktail hour in their black-tie and begowned best for the Save Venice masked ball, the annual benefit to preserve at-risk art in the fabled Italian city. With only a couple photographers here and there, it had the exclusive air of a private party. 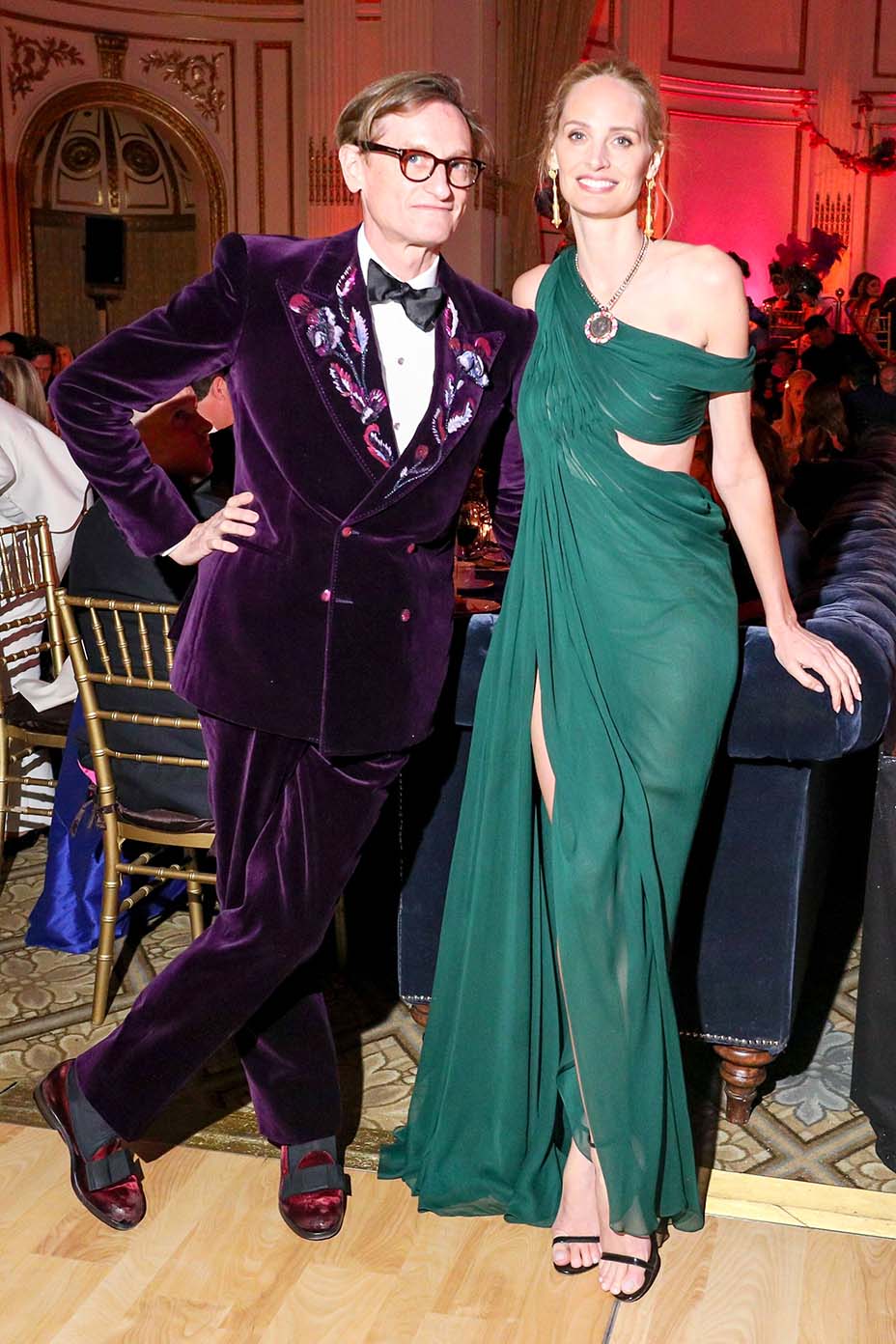 Resplendent in a plum velvet tuxedo with embroidered lapels and a tropical pink feathered mask, Vogue’s Hamish Bowles was air-kissing the likes of model Carolyn Murphy and the committee‘s Lauren Santo Domingo. When Bowles was asked if he considered the evening a warm-up for the Met Ball next Monday, he nodded, “Well you could say it is.” Then, with a sly smile, he added, “And it’s even on-theme,” referring to the upcoming Costume Institute exhibit’s chosen subject, “Camp.” 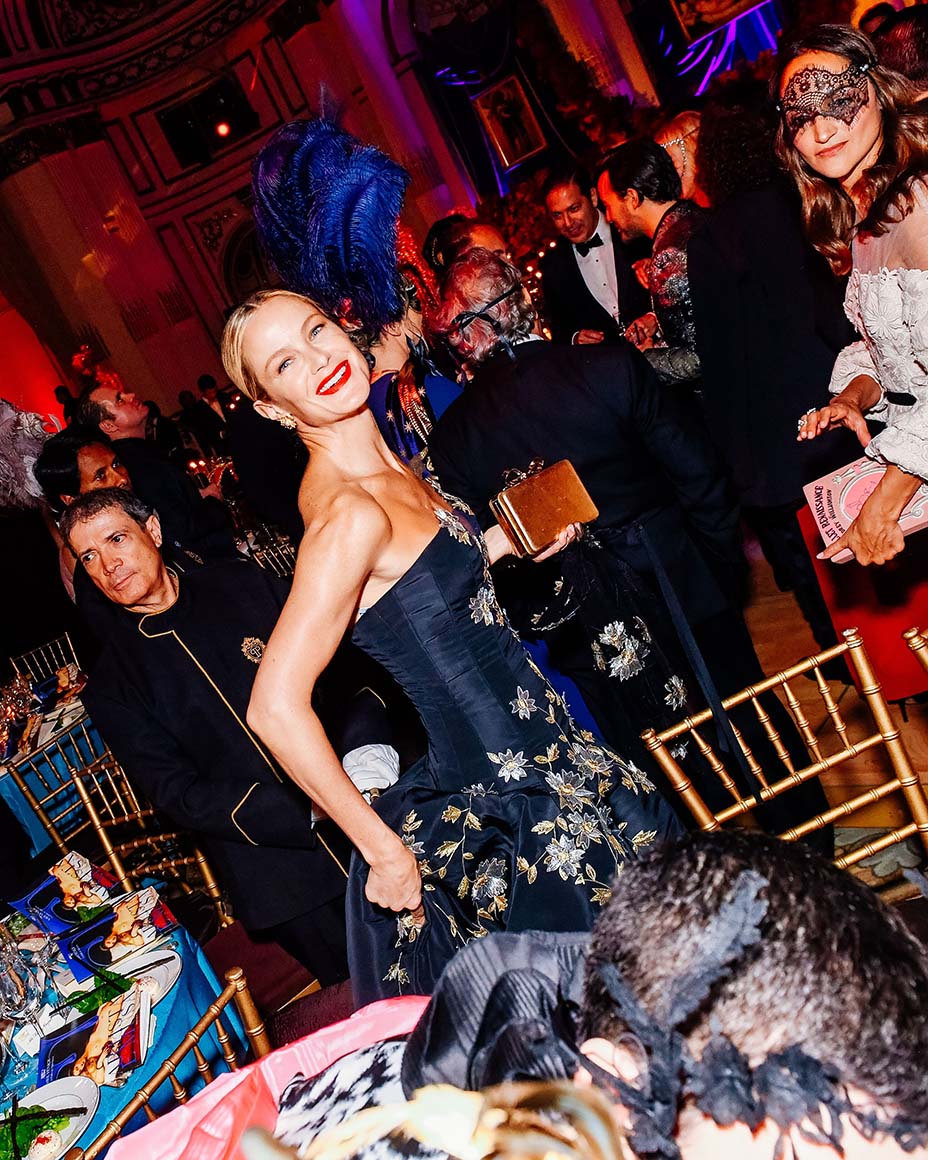 And, yes, there was a sense of campy fun as Oscar de la Renta co-creative director Laura Kim accessorized her draped crimson velvet mini with a “mask” of oversize red-framed sunglasses, in the company of her designer cohort Fernando Garcia. (De la Renta was one of the evening’s sponsors, along with Moda Operandi and Bulgari.) The new guard of Seventh Avenue was out in force, perhaps relieved not to be pushed out of the spotlight by stars as they often are at the Met Gala. Fashion designer Brandon Maxwell murmured “Good to see you!” as he went off to find a cocktail and, nearby, Carolina Herrera’s Wes Gordon was chatting with Indre Rockefeller. To the side, Ferragamo’s perpetually bemused Paul Andrew quietly surveyed the scene. 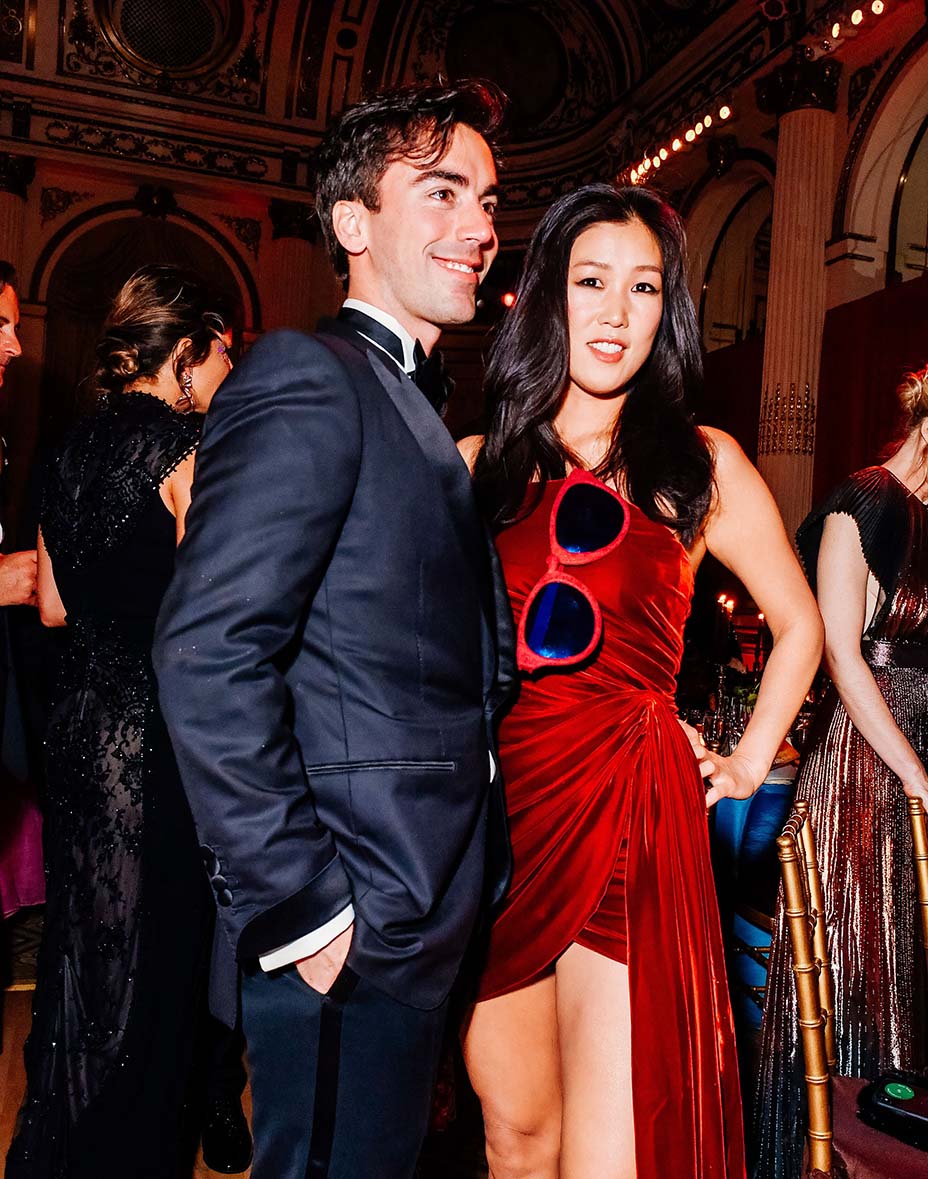 Then guests headed into dinner in the grand ballroom, where towering renaissance goddess statues sparkled in ruby red glitter, adding a further camp touch to Bronson van Wyck’s lavish decor of masses of scarlet flowers, gargantuan gilt-framed portraits and plush blue velvet banquets. Designer Tory Burch and reigning NYC bon vivant Derek Blasberg were table-mates, and menswear designer Timo Weiland, who has outfitted Ellen DeGeneres, recounted a slightly X-rated conversation he recently had with her wife, Portia de Rossi. At another table, DJ Ruckus was warming up for his post-dinner set along with his wife, model Shanina Shaik, who looked chic in a black lace mask that contrasted with her frothy white gown.

Bowles took the spotlight after dinner to announce that the evening had raised a record-breaking $1.2 million for the nonprofit Save Venice. He then bestowed the costume awards, baubles from sponsor Bulgari, including the Lady’s Prize to visiting Venice couturier Antonia Sautter, who not only adorned herself, but all of her table’s attendant ladies in towering masks of plumes. The Gentleman’s Prize went to Modern Luxury publishing executive James Aguiar, whose pearl-encrusted mask matched his similarly pearl-bedecked tux. (It’s an idea the Met Ball might well consider, as what would be campier than Vogue editor Anna Winter handing out costume citations to the glitterati next week?)

With the Save Venice formalities dispensed with for the evening, waiters circled the Plaza ballroom once more, passing out trays of limoncello shots that sent the ball-gowned partiers clamoring to the dance floor as Ruckus cranked up the disco tunes.