Wayman Bannerman and Micah McDonald, the stylist duo known as Wayman + Micah, remember their first meeting with Daniel Roseberry after he had been named creative director of Schiaparelli in April 2019. Immediately following the debut of his Fall 2019 haute couture collection, Roseberry transported the clothes from Paris to a suite at the Chateau Marmont, where he met with A-list stylists and stars.

“We just loved that his designs felt fearless and unafraid,” says Bannerman. “While it did feel like luxury wear, the pieces also had a streetwear attitude that we hadn’t seen in haute couture before.”

Fast forward nearly two years, and Roseberry, 35, has vaulted to become Hollywood’s designer of the moment. Beyoncé wore his custom leather minidress when she accepted her record-setting Grammy Award in March, while two months earlier, Lady Gaga positioned the label within a global conversation when she wore a custom Schiaparelli gown with an oversized dove pin for President Biden’s inauguration ceremony. “They were both historic moments — Beyoncé was historic for music and her career, and Gaga was historic for the world,” Roseberry says.

Dave Chappelle's Attacker Says He Was "Triggered" by Comic's Jokes 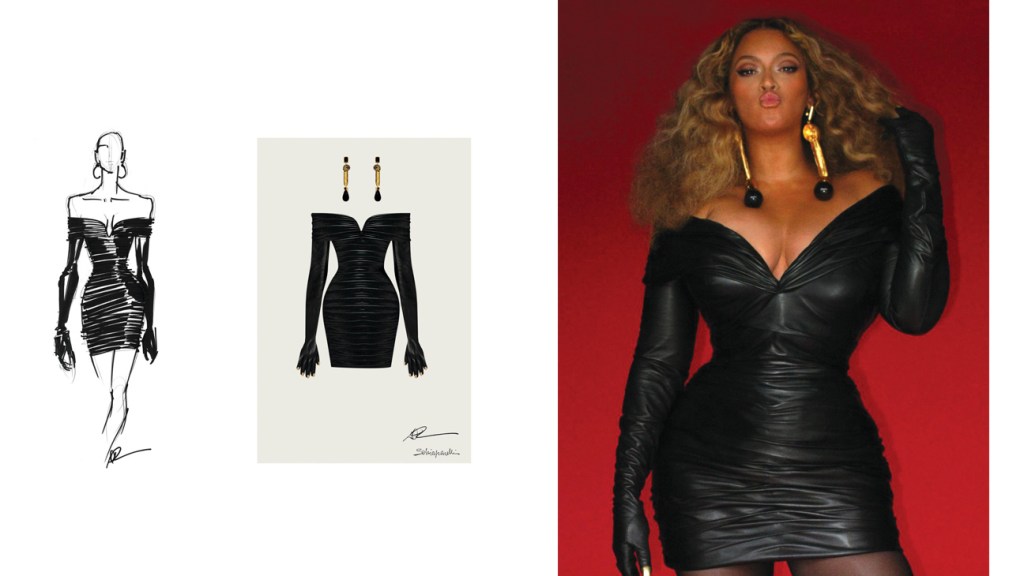 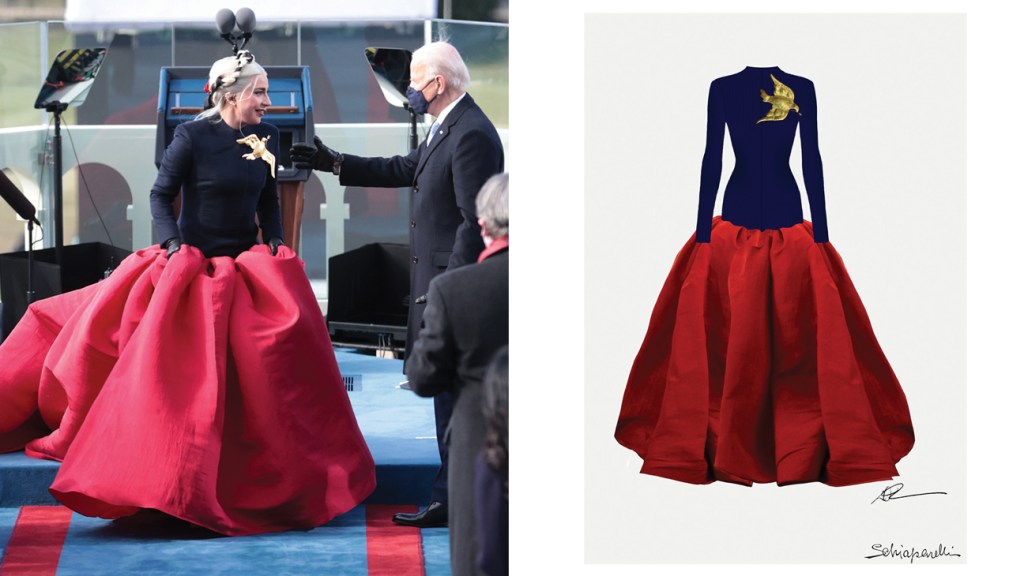 Between those two events, Roseberry released his Spring 2021 haute couture collection, an exploration of what he calls “the darker side” of the surrealist influences of the house’s founder, Elsa Schiaparelli (known for her 1937 lobster dress and high-heel shoe hat), and her friendships with artists like Salvador Dali, Jean Cocteau and Man Ray.

But Roseberry took Schiaparelli’s codes — her signature hue known as Shocking Pink, the gilt jewels and inspirations like a human skeleton — and put those ideas on steroids in pieces like a molded-bustier gown that gives wearers an impressive six-pack (Kim Kardashian West has worn a custom version in green), as well as a black minidress (worn by Emma Corrin at the Critics Choice Awards) with an oversized keyhole opening framed by a pearl-embellished rib cage, as though an open-heart surgery had been planned through a jeweler’s eye. 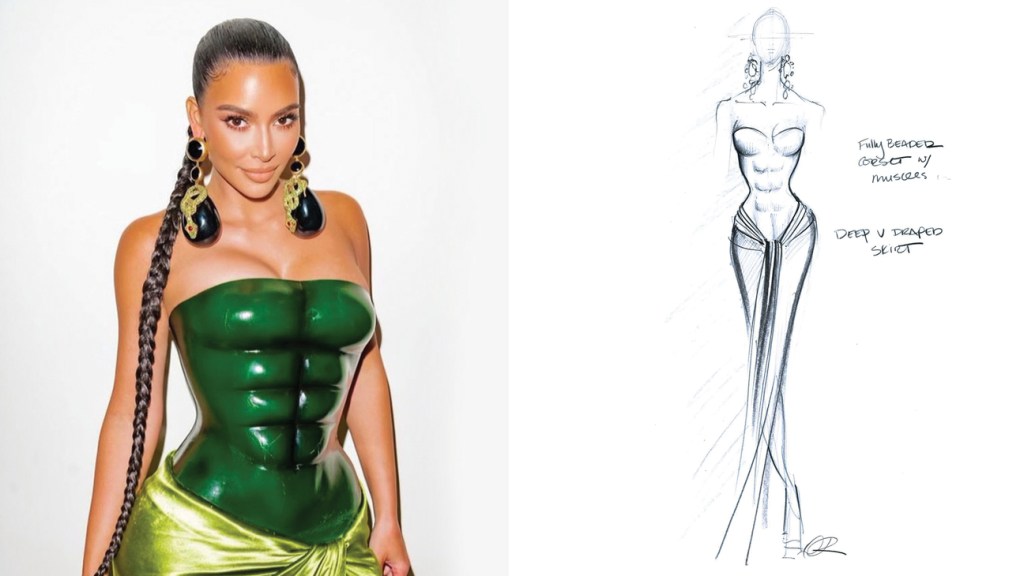 “Everyone tends to focus on the joie de vivre aspect of what Elsa created,” Roseberry says. “But I’m someone who loves the scene in Vertigo when Jimmy Stewart takes Kim Novak shopping, and you feel that edge because he has to have the exact perfect suit and the perfect pair of shoes. It’s an obsession for him, and I love moments like that.”

In the past few months, stylists have been lining up to secure Roseberry’s designs for such clients as Cate Blanchett, Cynthia Erivo and Corrin. “I’m copied on every email request, and I couldn’t believe some of the names I was seeing,” he says. And while the house has kept its retail business mostly confined to the boutique at its Place Vendôme headquarters, New York’s Bergdorf Goodman is also expected to relaunch a Schiaparelli pop-up space in time for Fall 2021, a concept that had been put on pause due to the pandemic. 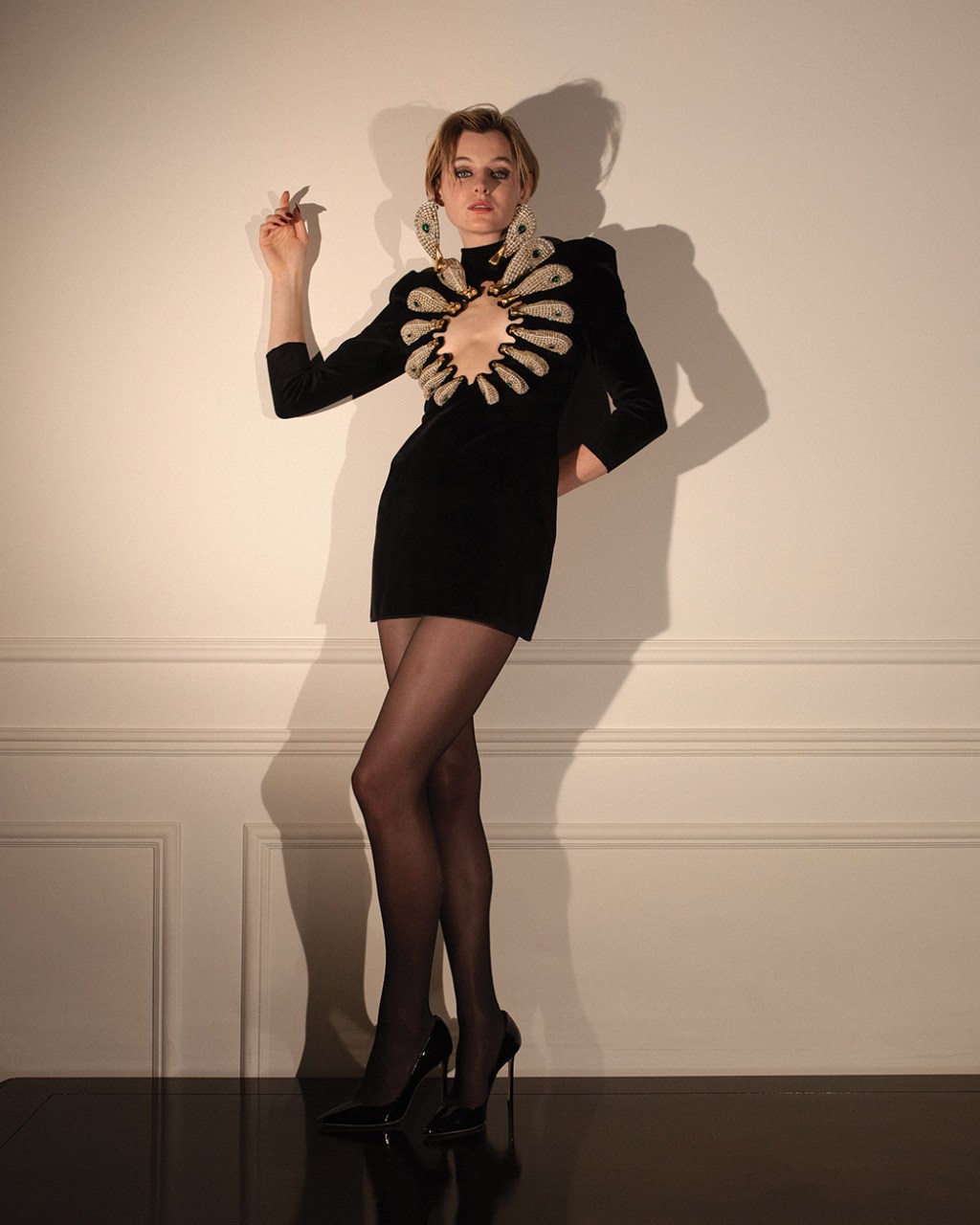 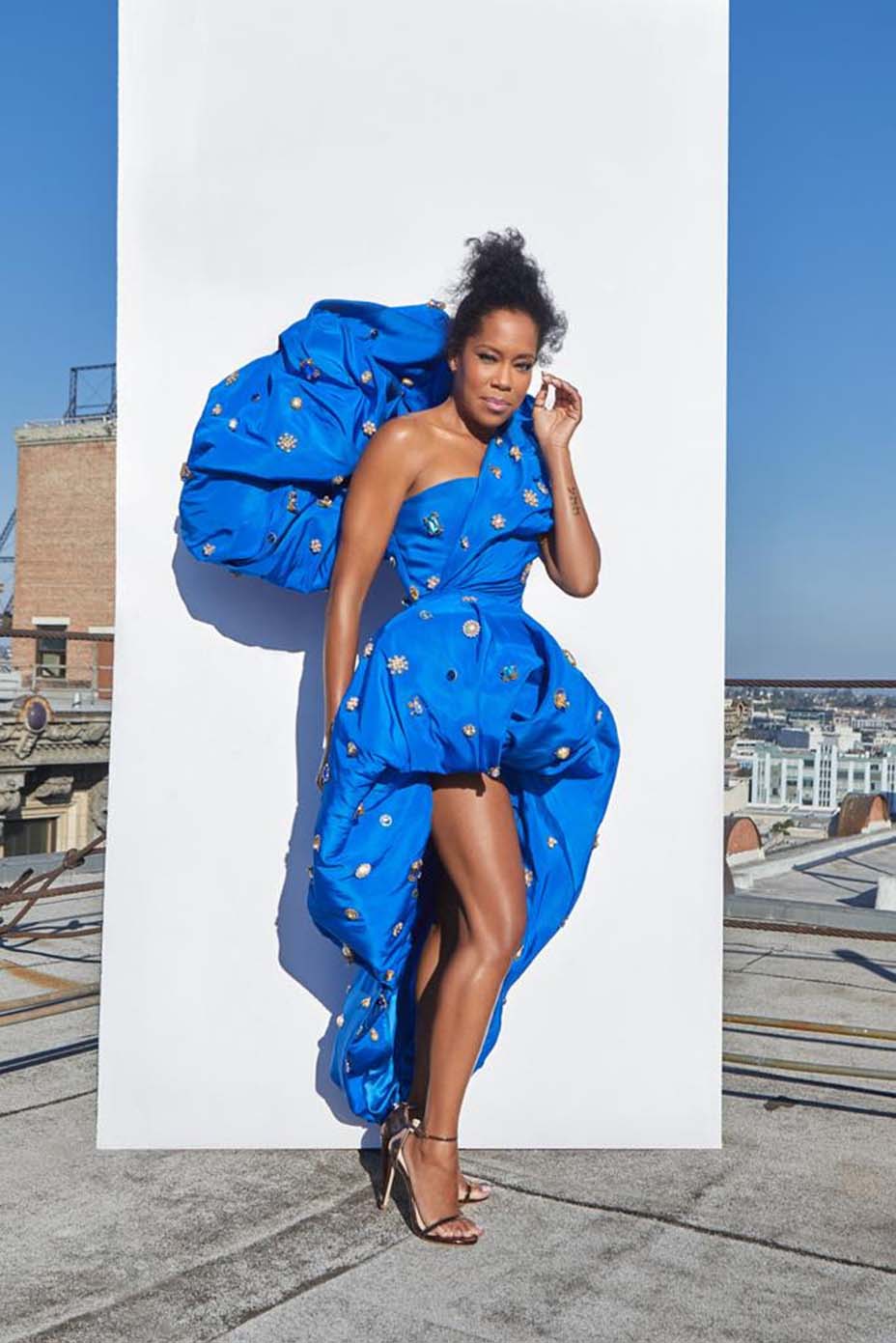 Wayman + Micah were among the earliest stylists to embrace Roseberry, securing a vivid blue one-shoulder haute couture gown from Spring 2020 for Regina King to wear at September’s Emmys. “It was fun, dreamy and yet effortless at the same time,” McDonald says. “We didn’t even need to pull any other options for the Emmys.”

At the NAACP Image Awards in March, Tracee Ellis Ross wore a Schiaparelli fitted jacket, voluminous trousers and dove headpiece (co-designed by milliner Stephen Jones). Says Ellis Ross, “His play on proportion, the use of metal headgear as a kind of armor and the way he interprets the madness [that] we are into such beauty feels relevant and hopeful.” 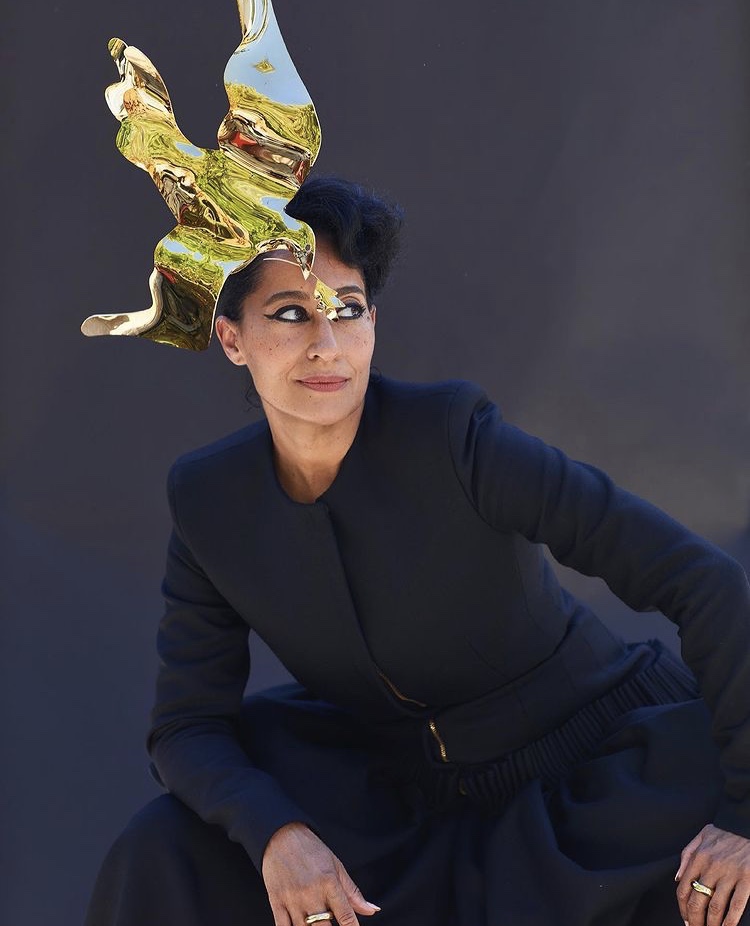 The label isn’t new to Hollywood. Elsa Schiaparelli created Mae West’s gowns for 1937’s Every Day’s a Holiday and employed the actress’ torso as the bottle shape for her 1936 perfume, Shocking. She also designed Zsa Zsa Gabor’s gowns for 1952’s Moulin Rouge. 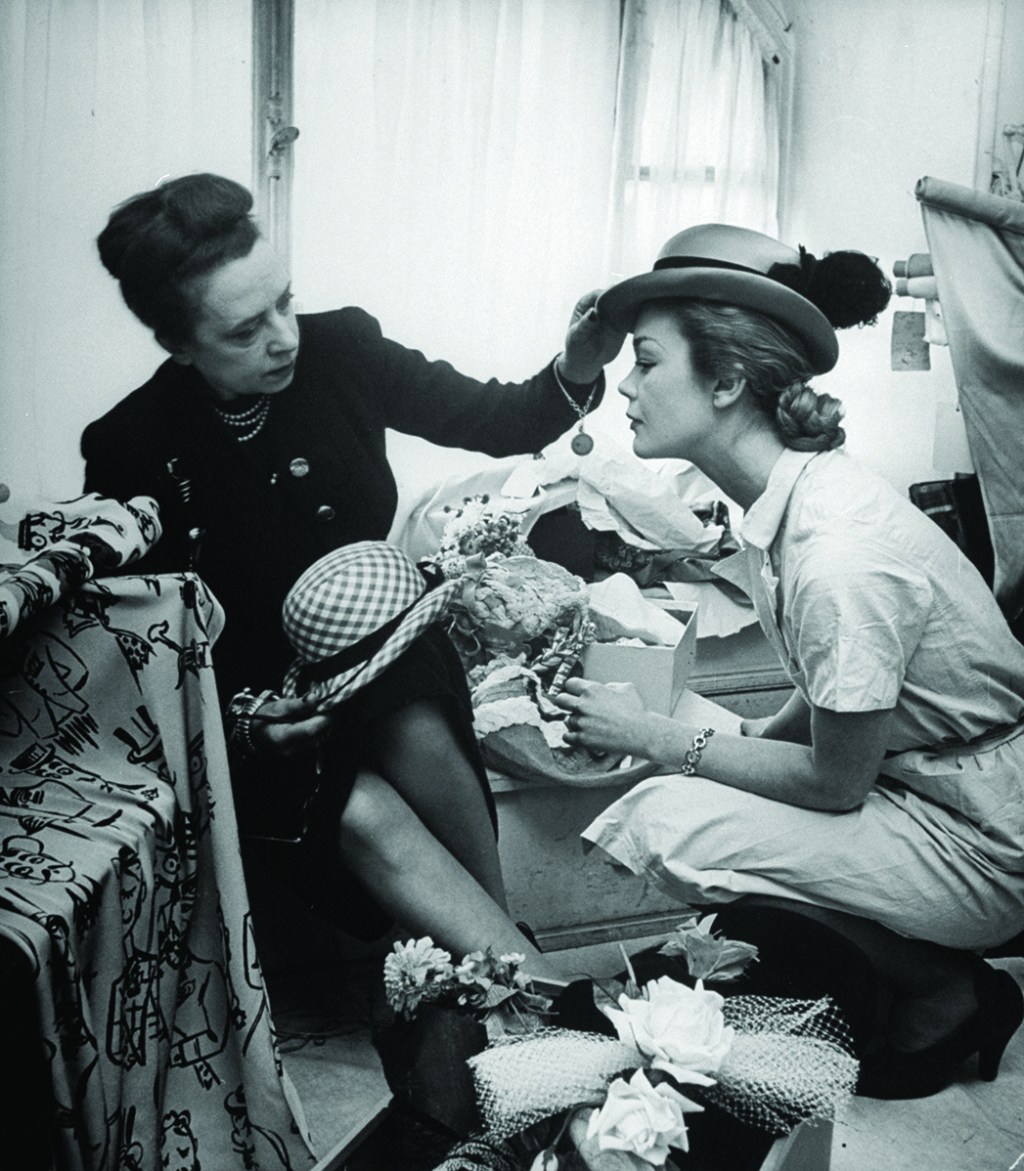 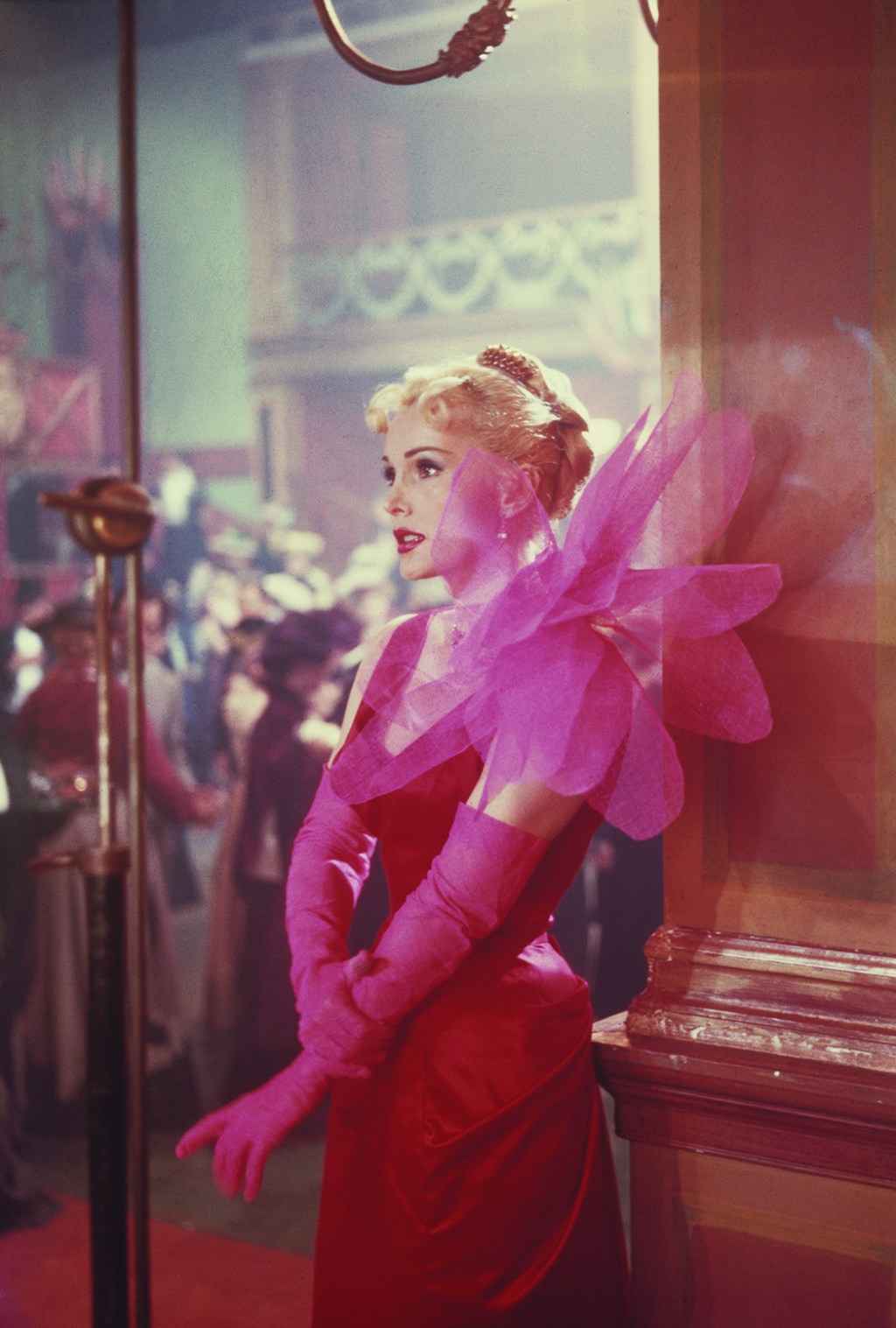 Roseberry readily admits that his plans for Schiaparelli included elevating the house’s profile via red carpet dressing. “It’s such a powerful platform,” says the designer, who is the third creative director of Schiaparelli since it was revived by the Tod’s Group in 2014. Born in Dallas, Roseberry (who early in life dreamt of becoming a Disney animator) worked for more than a decade with Thom Browne in New York before being selected to head a haute couture house in Paris.

He adds: “One of the things I think I have in common with Elsa is that neither of us was expected to be in this position. She was an Italian socialite who opened a couture house in Paris, and now, here I am, the American who’s designing for this revered French label. Maybe what we share is the naivete needed to be unafraid. I love the freedom of that.” 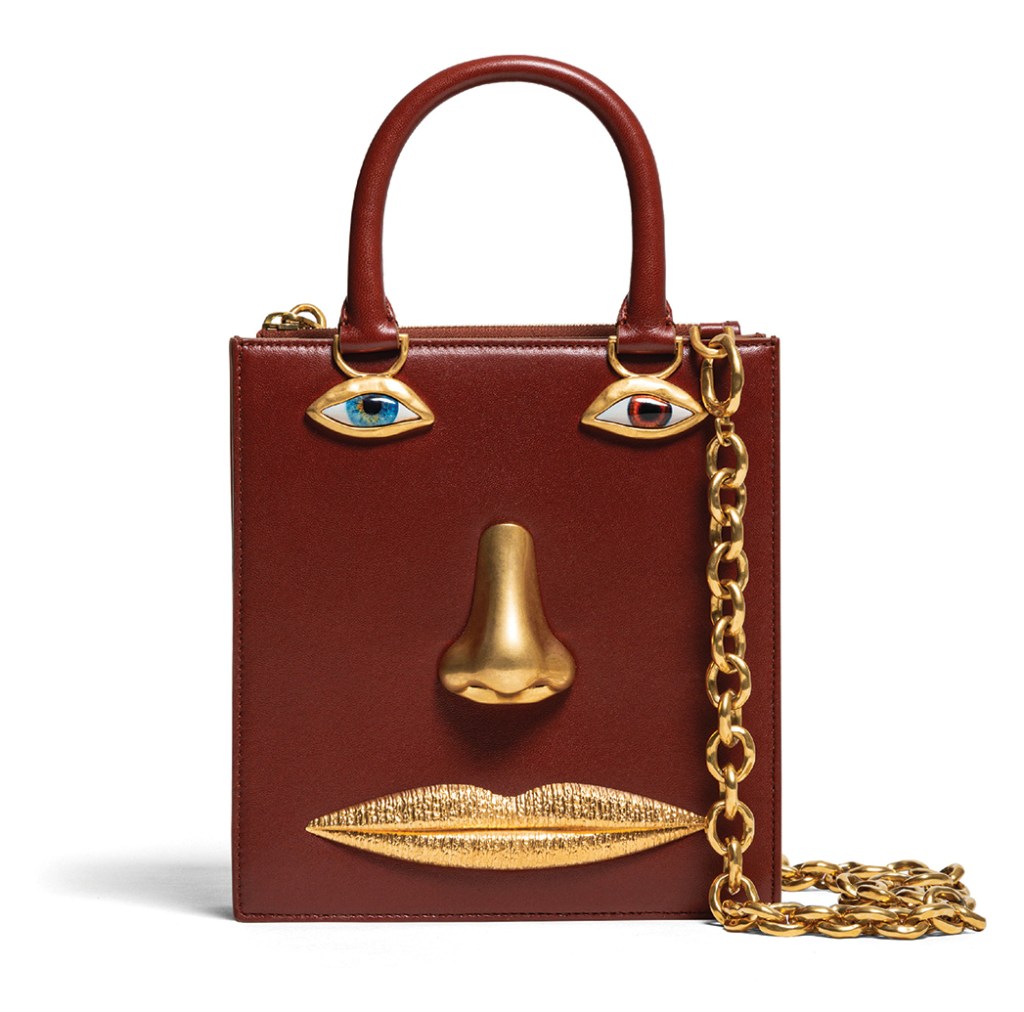