Almost 50 years after Sharon Tate’s death, her sister Debra still regularly receives emails from around the world — Australia to Japan, Ukraine to Thailand, England, Paraguay and points in between. They come from fans of all ages, who continue to be enamored with the actress best known for her role in 1967’s Valley of the Dolls — and sadly, for her untimely death, which will be part of Quentin Tarantino’s upcoming film Once Upon a Time in Hollywood.

“What really impresses me are the fans from countries that weren’t really impacted by that era — the swinging ‘60s didn’t exactly influence the Ukraine,” says Debra, who published a book in 2014 titled Sharon Tate: Recollection. “For me, it’s proof of her magnetic personality, that after all these years she still touches people’s hearts in a positive way.”

Nine years younger than her famous sister, Debra was just 16 when Sharon, two weeks from giving birth to her first child, and four friends were murdered by Charles Manson’s followers on Aug. 9, 1969, at the Benedict Canyon home Tate shared with her husband, director Roman Polanski, who was in London scouting film locations at the time. The story of that night has been told numerous times in film, TV and books, but Debra has no interest in discussing it. “I prefer to focus on my sister’s life,” she says.

In that spirit is an upcoming auction of the collection Debra has preserved all these years: Set for Nov. 17 at Julien’s Auctions in Los Angeles, “Property From the Estate of Sharon Tate” comprises more than 100 lots, from fashion and luggage to household items. 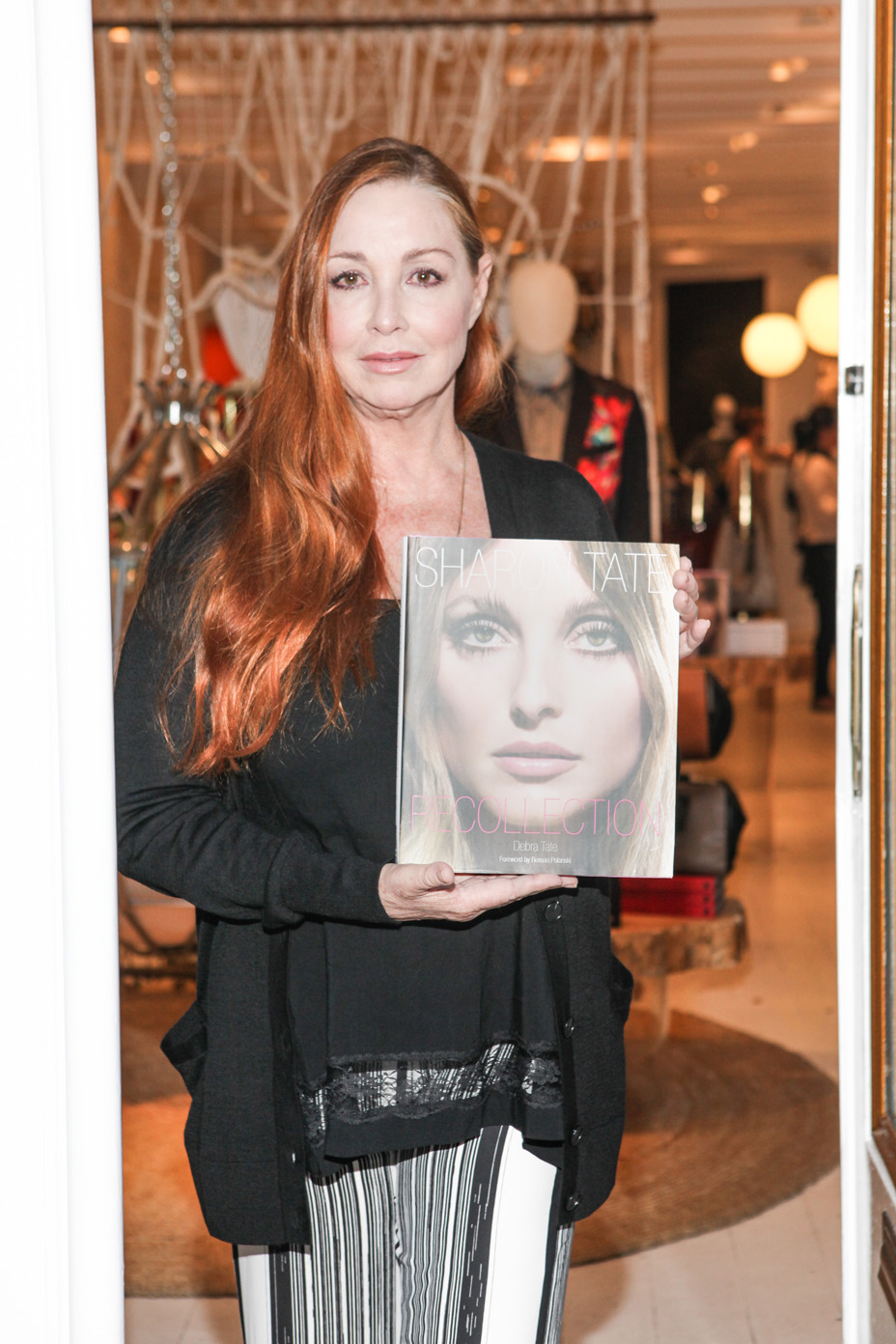 You won’t find any mention of the last night of Sharon’s life at the event or in the auction catalog, and that’s by design, says Martin Nolan, executive director of Julien’s Auctions, who is sensitive to the fact that some may deem the auction in bad taste. “This is an attempt not to focus on the tragedy, but to focus on what she achieved and the beauty that she was,” Nolan explains. “She was a style icon and a great example of the carefree fun of the swinging ‘60s. We’re concentrating on her life and her movies, because she was so much more than that one day.” (The Sharon Tate estate sale is part of “Icons & Idols: Hollywood” at Julien’s Auctions, a weekend series of live and online events that also will include “Property From the Collection of Bob Mackie.”)

Nolan has worked with Debra for more than a year on the auction catalog, which combines the comprehensive listing of the lots with the story of her sister’s life and a copious use of imagery, an element that easily should demonstrate Sharon’s status as one of the most photogenic stars of the 1960s. (Today considered a cult classic, Valley of the Dolls was largely panned by critics when it was released in 1967, though The Hollywood Reporter’s review noted, “William Daniels’ photographic caress of her faultless face and enormous absorbent eyes is stunning.”) The catalog will be available in early October, and Nolan says interest is already high: “When we announced this event, we had no idea what the public reaction might be, but we’ve received more pre-orders for this catalog than any auction we’ve ever done.” 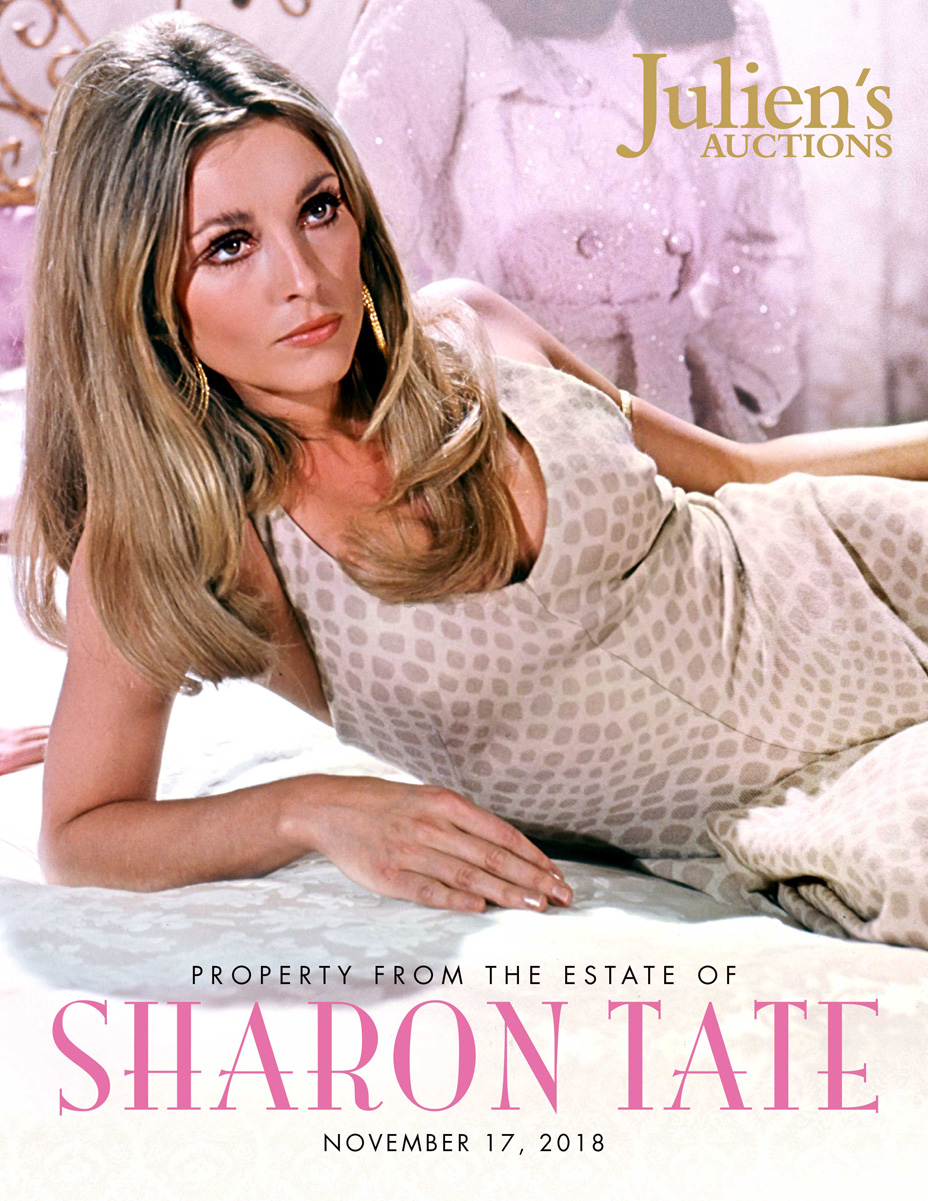 Debra also notes that she has spoken with Polanski about the event. The director has not lived in the U.S. since 1978, when he fled while awaiting sentencing on a sexual-abuse charge, but as Sharon’s husband, he could have been considered the legal owner of her possessions. “That was the only part that concerned me, whether he had any claim to any of these items,” Nolan says, but Debra assured him that Polanski signed all rights to Sharon’s intellectual and personal property over to her in 2010. “So technically it wasn’t necessary to receive his permission [to do the auction],” she says. “But Roman is still my brother-in-law; we remain very close, and I wanted his blessing. He gave it, though I wouldn’t say he was particularly happy to give it. I think he was a little sad, but it makes me a little sad as well.” 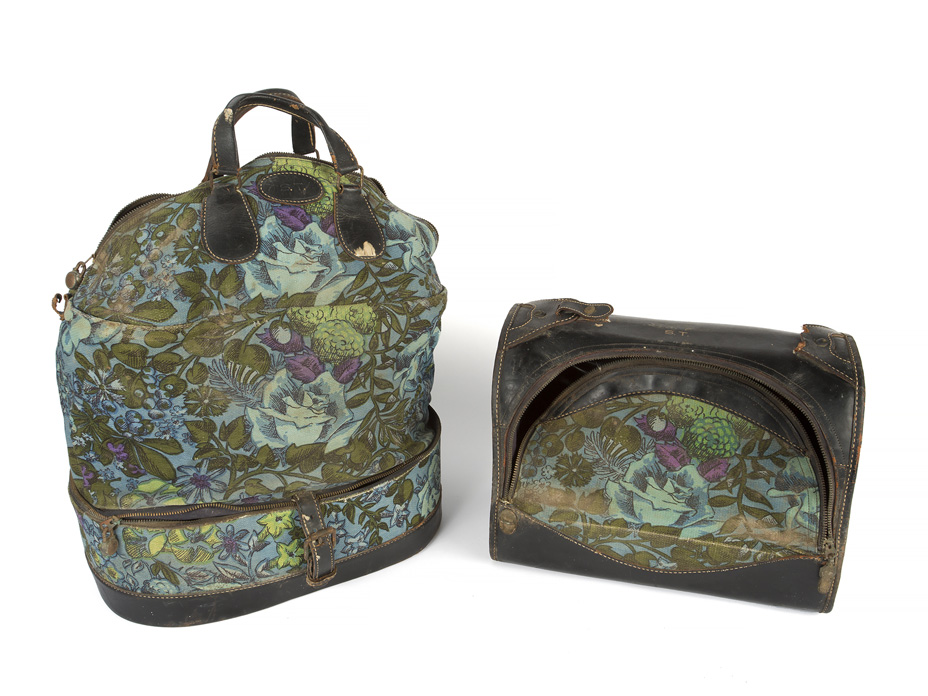 For five years, Debra has been pondering what to do with the collection, which she moved to a cold-storage unit after a few items were stolen from her home in 2011 (those pieces were eventually recovered). At one point, she considered opening a museum, she says, but quickly discerned the costs would be too prohibitive. “And in doing all the research, I found most of these places failed within the first five years,” she adds. With the 50th anniversary of her sister’s death on the horizon, she decided it was “time to rip the Band-Aid.” Almost everything will go to the auction, with Debra hanging on to only a couple of items. “I decided to keep only things I was personally attached to and could feel her spirit the most in,” she says. 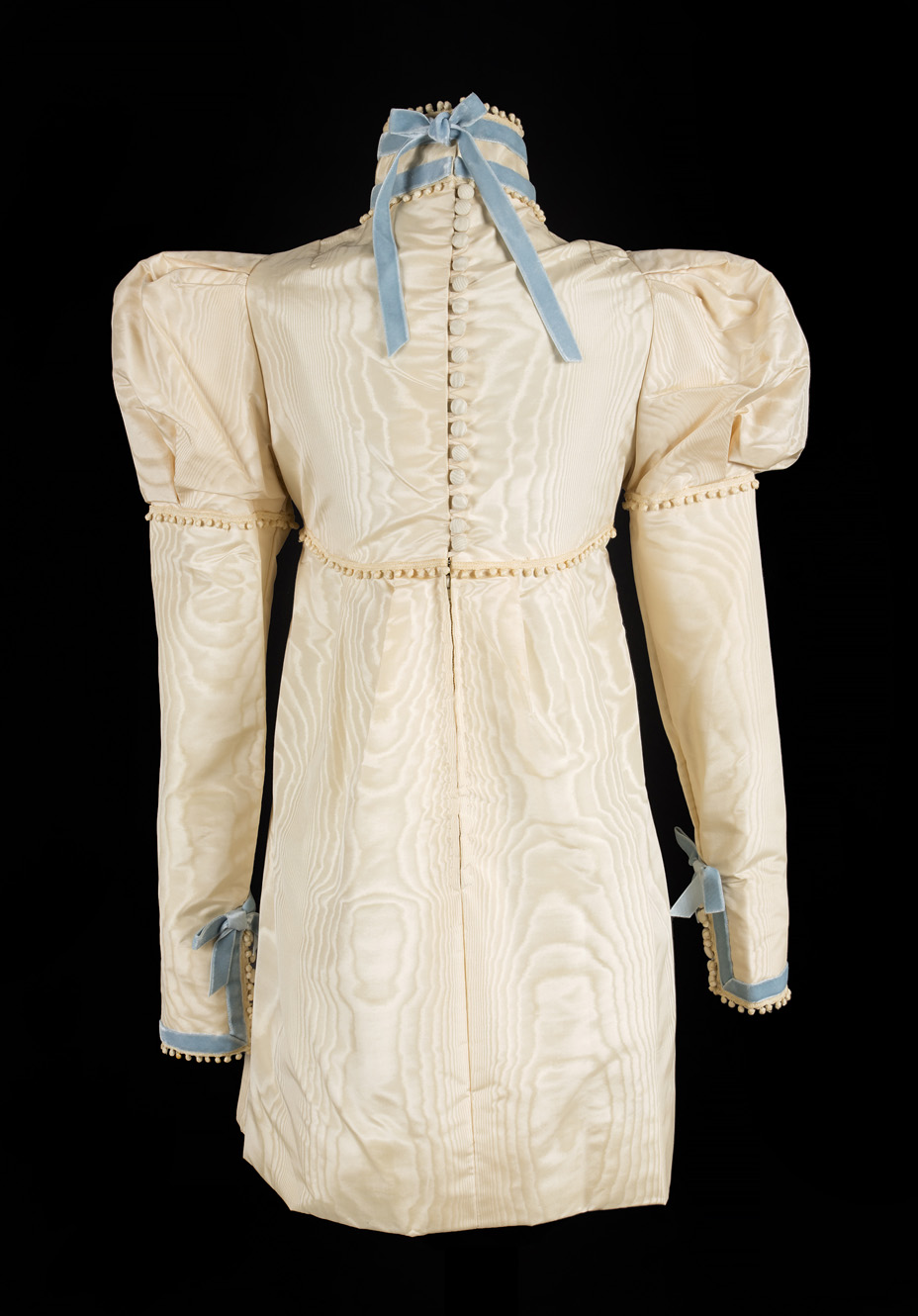 Auction highlights include the Elizabethan-inspired mini dress Sharon wore for her 1968 wedding to Polanski; the ivory silk moiré dress carries an auction estimate of $25,000 to $50,000 and was crafted by Alba, a Los Angeles couturier who also designed a chocolate sheer silk maxi dress Sharon wore that same year to the Golden Globes (estimate range: $4,000 to $6,000). A black floral lace Christian Dior mini dress the actress wore to the London premiere of Polanski’s 1966 film, Cul-De-Sac, carries an auction estimate of $15,000 to $30,000. “That’s a beautiful little black vintage Dior dress that should be highly sought after,” Nolan says. Meanwhile, a green knit mini dress designed by Betsey Johnson for Paraphernalia, the Mod-centric New York boutique that launched the designer’s career, is estimated to fetch between $1,000 and $2,000 and is an example of Sharon’s forward-thinking attitude about fashion, Debra notes. “Almost everything was unique — if not the piece itself, then the way she would combine it with other things,” she says. 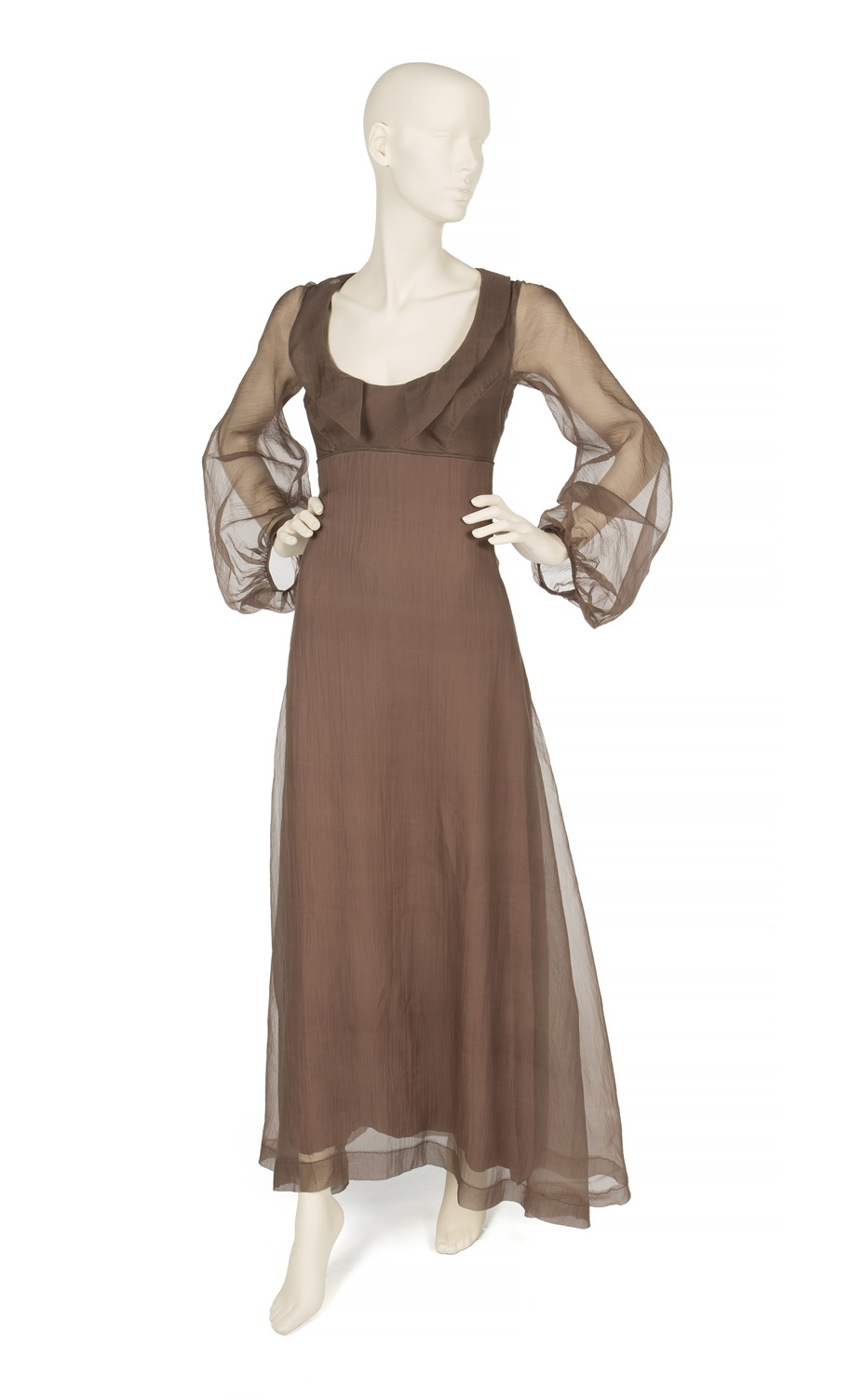 Other auction items include silverware, a set of monogrammed floral canvas and leather carry-on luggage, and acting books inscribed with Sharon’s name in her own hand. “She was always interested in her craft and wanted to perfect her craft,” Nolan says. “She was like Marilyn Monroe in that way — very beautiful, but wanting to be taken seriously as an actress.”

As that 50th anniversary approaches, it’s undeniable that interest in Sharon’s story will continue to grow. Among the multiple projects in various stages of development or production is Tarantino’s Once Upon a Time in Hollywood, currently filming in and around Los Angeles. How much the script will touch on the tragic events of August 1969 remains to be seen, but thus far it is the only project Debra chooses to endorse, largely because she approves of Tarantino’s casting of Margot Robbie as her sister. “I’m very excited to have her playing Sharon, because she takes her craft very seriously,” Debra says of Robbie, who was nominated for an Academy Award, Golden Globe and BAFTA for 2017’s I, Tonya. “She might be the one person who compares to Sharon’s kind and open heart, her spirit and her beauty.” 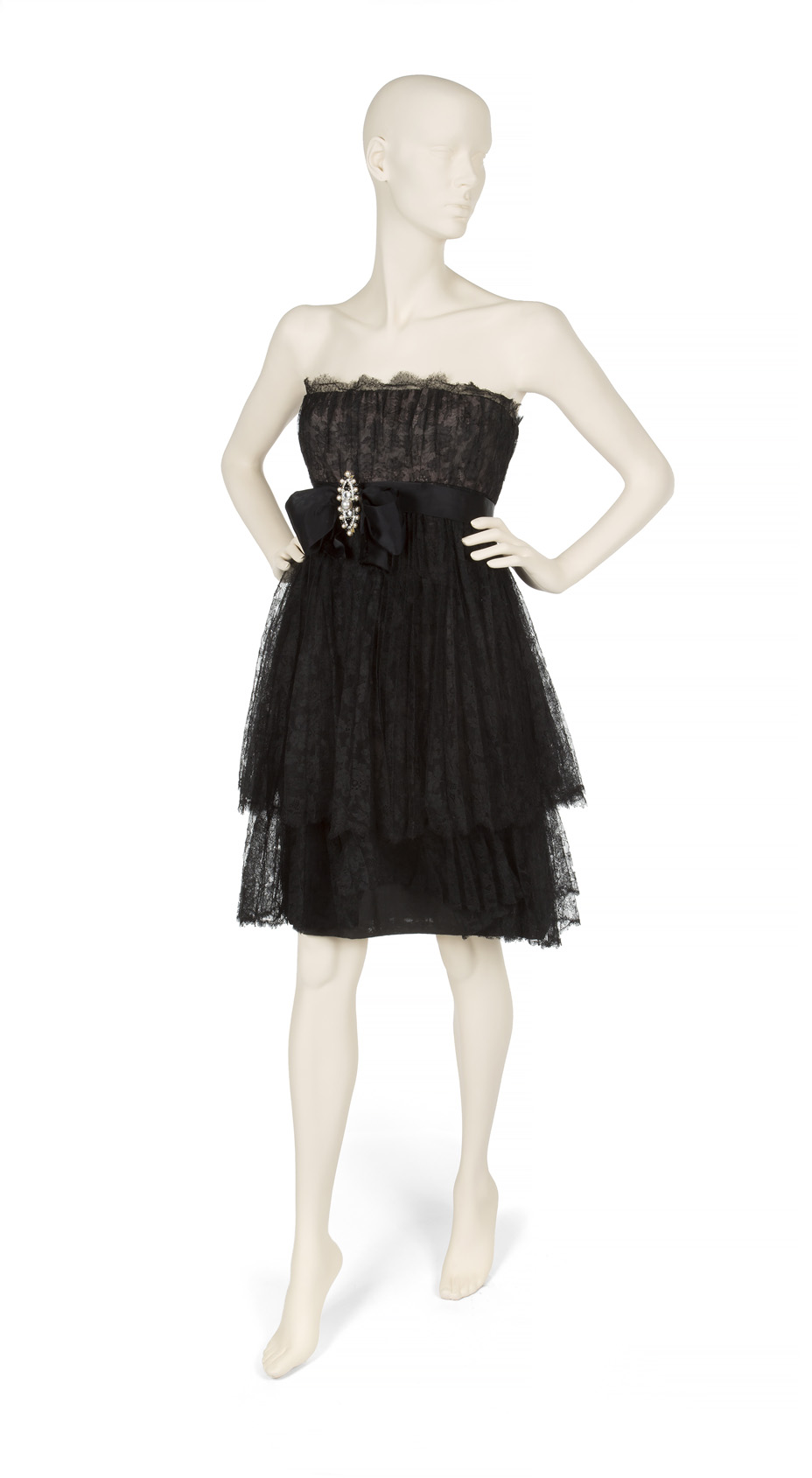 Tarantino has invited Debra to the set to meet Robbie, but she hasn’t yet been able to make the time; in addition to the auction and various other commitments, Debra also has been battling breast cancer, undergoing a lumpectomy in June 2017. “We caught it very early, and my prognosis is pretty good, though you can never consider it gone. That’s just my reality,” she says, noting that her youngest sister, Patti, died of the disease at the age of 42 in 2000.

Her own illness ultimately was another reason Debra began to think about new custodians for Sharon’s collection. “I thought it was time to share these things with people who might love them as much as I do,” she says. “And what I have come to realize is that I don’t need to hold onto something to have those memories of my sister. They’re imprinted on me. I’ll always have them.”