If you’ve followed anything about fashion in the last few years, you know that streetwear is king, having infiltrated the upper echelons of luxury, including the runways of the vaunted French fashion house of Balenciaga, thanks to Demna Gvasalia, who shot to stardom with his own label, Vetements, and cheeky takes on everything from skater-kid hoodies to UPS uniforms.

Well now, New York has its own Vetements, thanks to Shayne Oliver, the buzzy Hood by Air designer (he’s repped by WME-IMG) who showed his first men’s and women’s collection for Helmut Lang on Monday night at New York Fashion Week on a killer cast of mustachioed, pierced and gender-bending models and street-style stars. 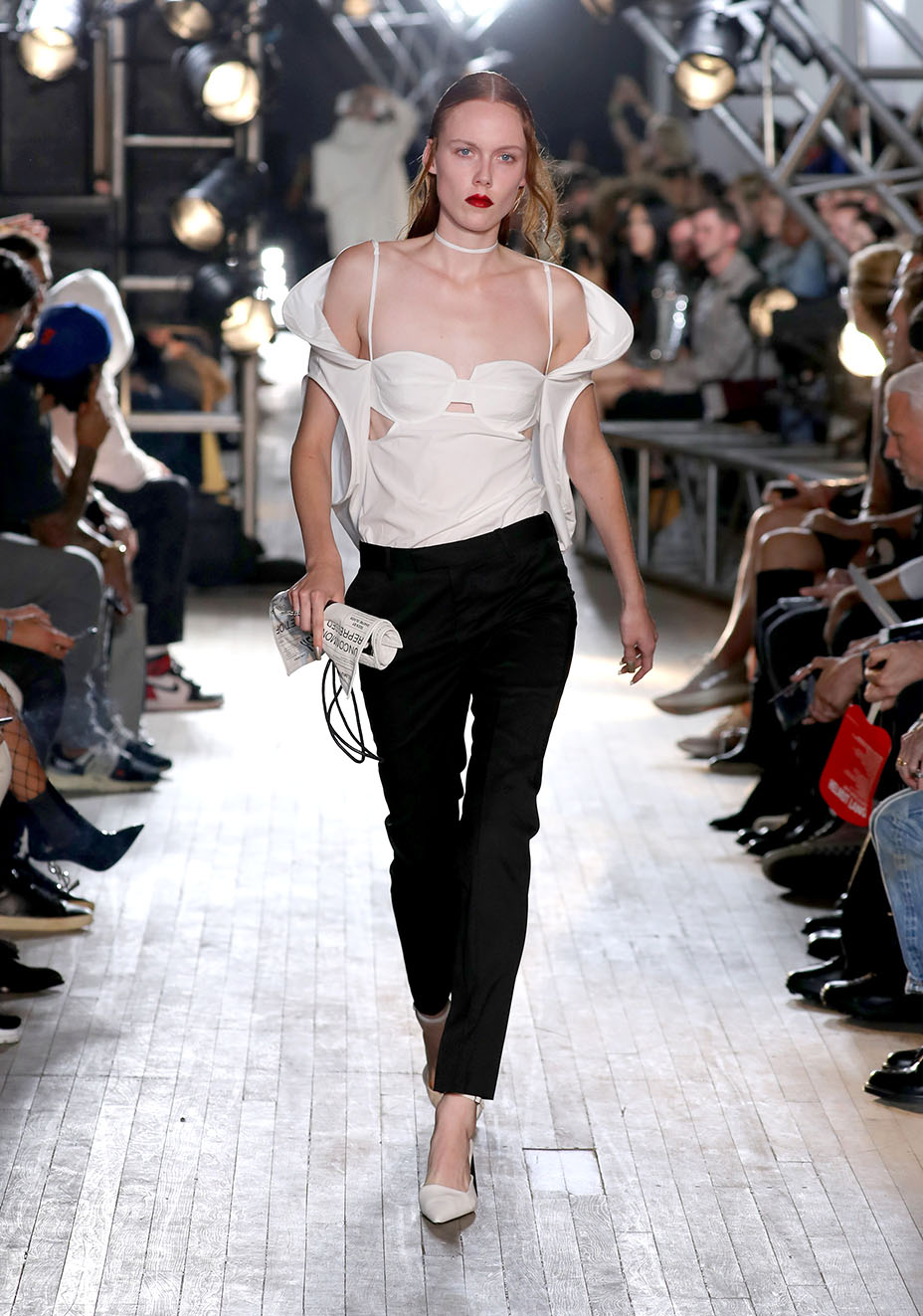 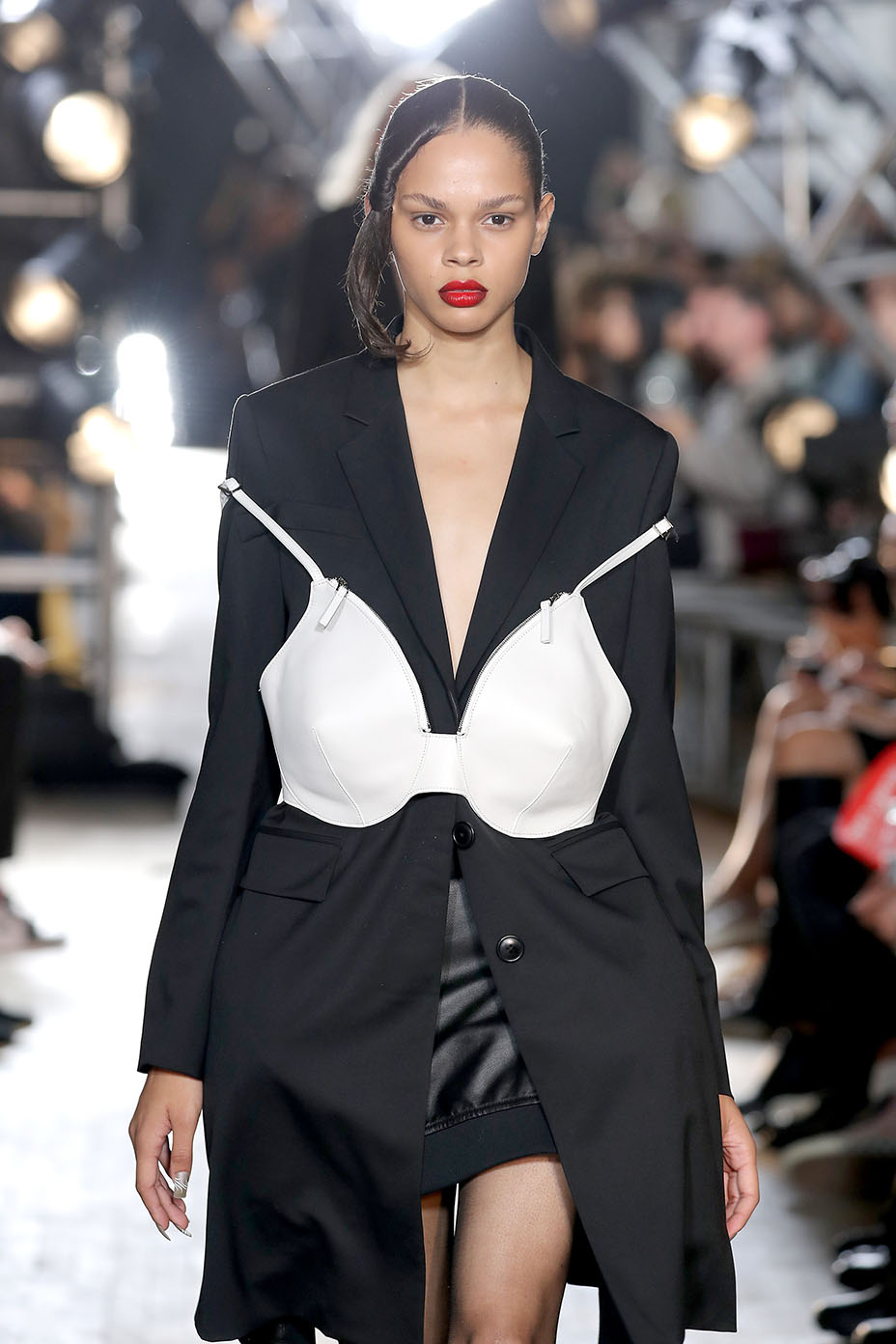 The collection was a sex- and street-filled creativity glut, starting with those funny leather, zip-top bras, big as your granny’s, that could be worn on the outside of an oversize black blazer, or carried in hand as a purse! A moment of madness — and genius — that spoke to Oliver’s particular knack for taking inspiration from lingerie and S&M gear. (A striking blue pantsuit was part chaps, part harness and all hotness.) 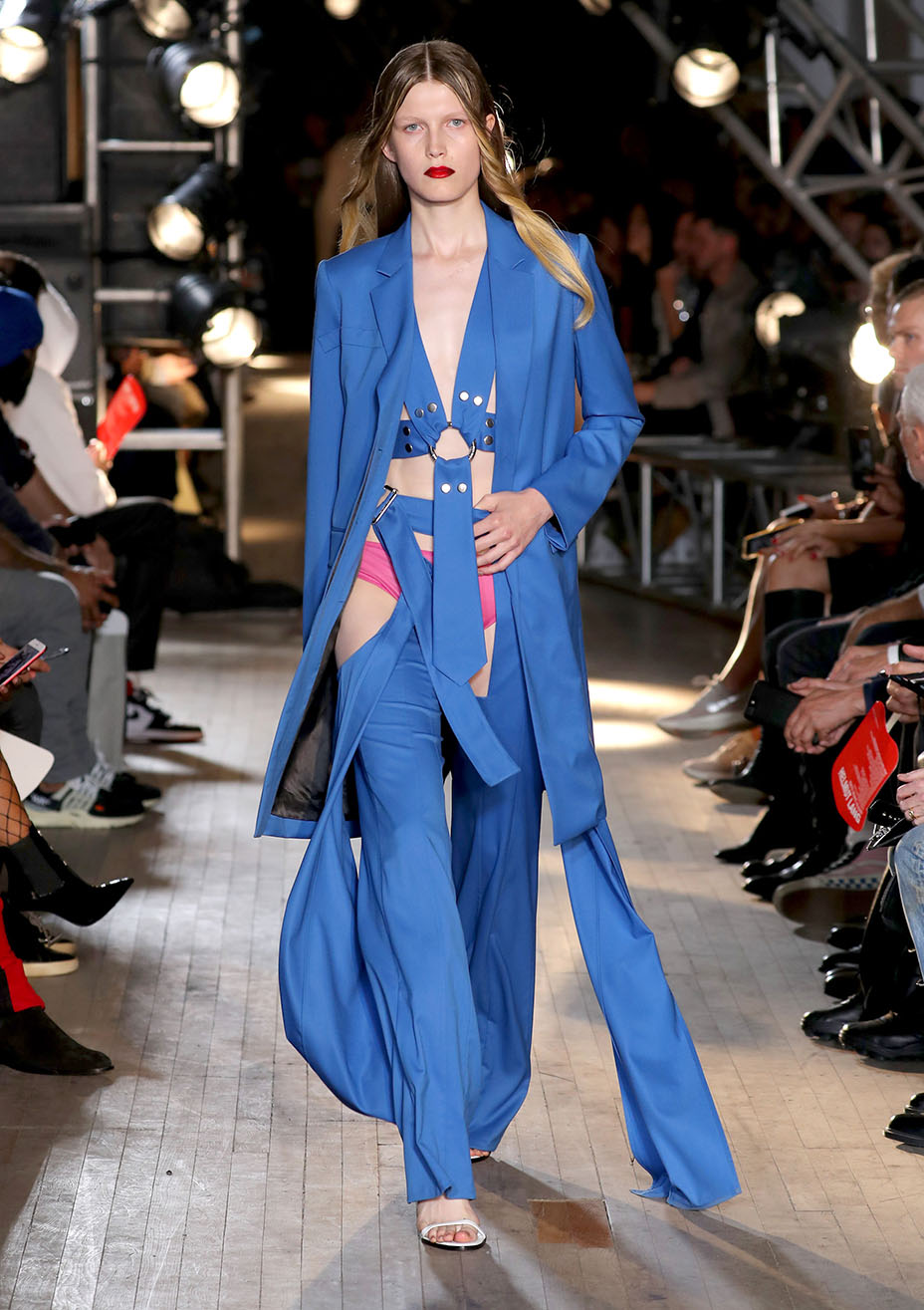 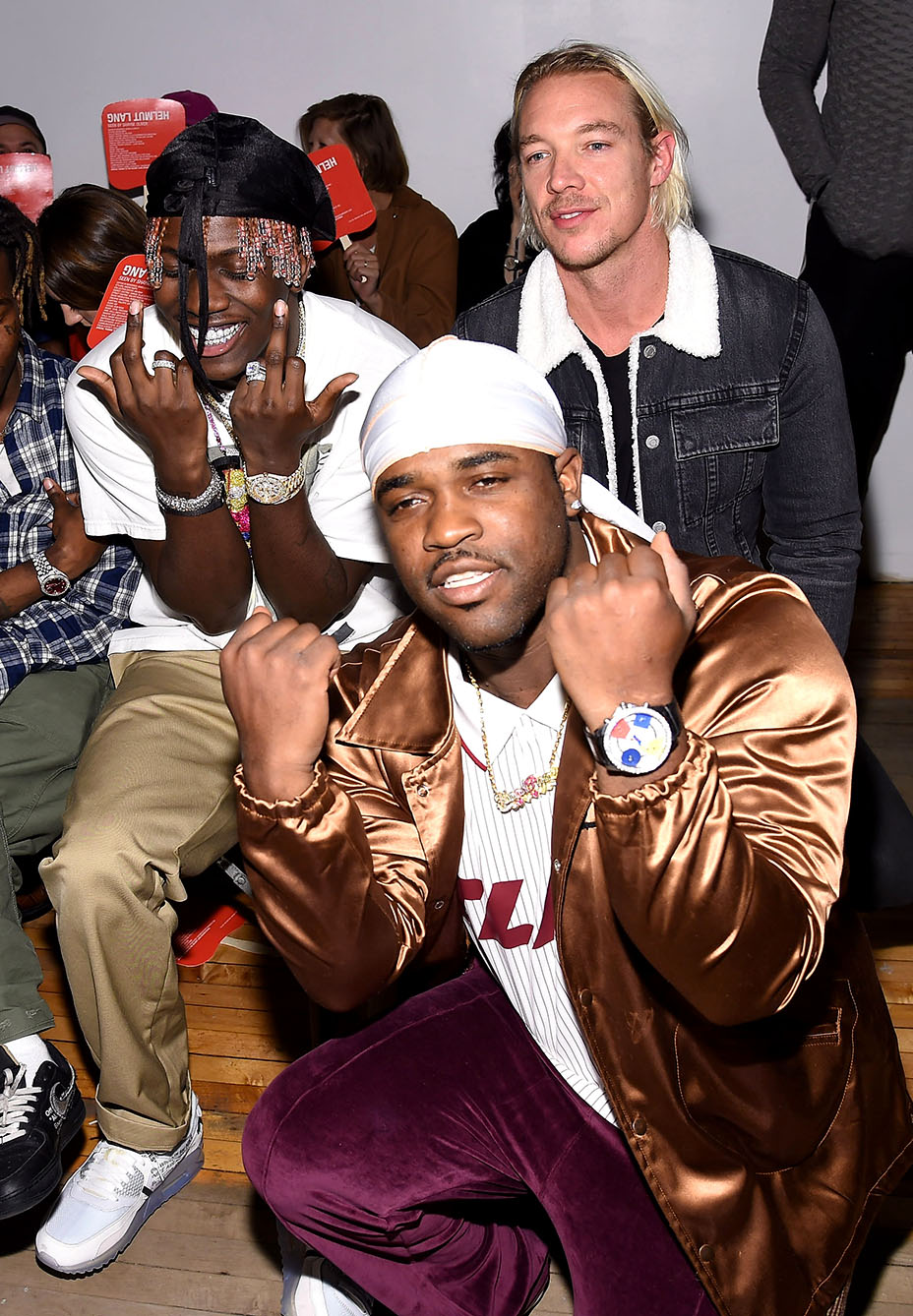 In many ways, it was a dialed back and more wearable version of his more showy work for cult label Hood by Air, which is currently on hiatus. With Lil Yachty, Diplo and Aluna Francis in the front row, it was easy to see how these clothes will translate to the music set, including liquid-look black dresses that concealed and revealed the body in interesting new ways; a bubblegum pink satiny minidress with train, worn with thigh-high stockings; cutout corset tops with sculptural, twisted shoulder-strap details; logo T-shirts; Perspex briefcases; and oversize red leather duffel bags.

There was plenty of sexy suiting, too, and the kind of kooky footwear we’re used to seeing from Oliver, including double-heel pumps. The only question now? Which star will wear it first?

Helmut Lang appointed Dazed Editor-in-Chief Isabella Burley as editor-in-residence of the label earlier this year, and one of her first tasks was recruiting Oliver as its new designer collaborator. In July, the New York-based brand unveiled its first campaign under Burley’s direction, with Oliver, supermodel Alek Wek and Blade actress Traci Lords as muses. 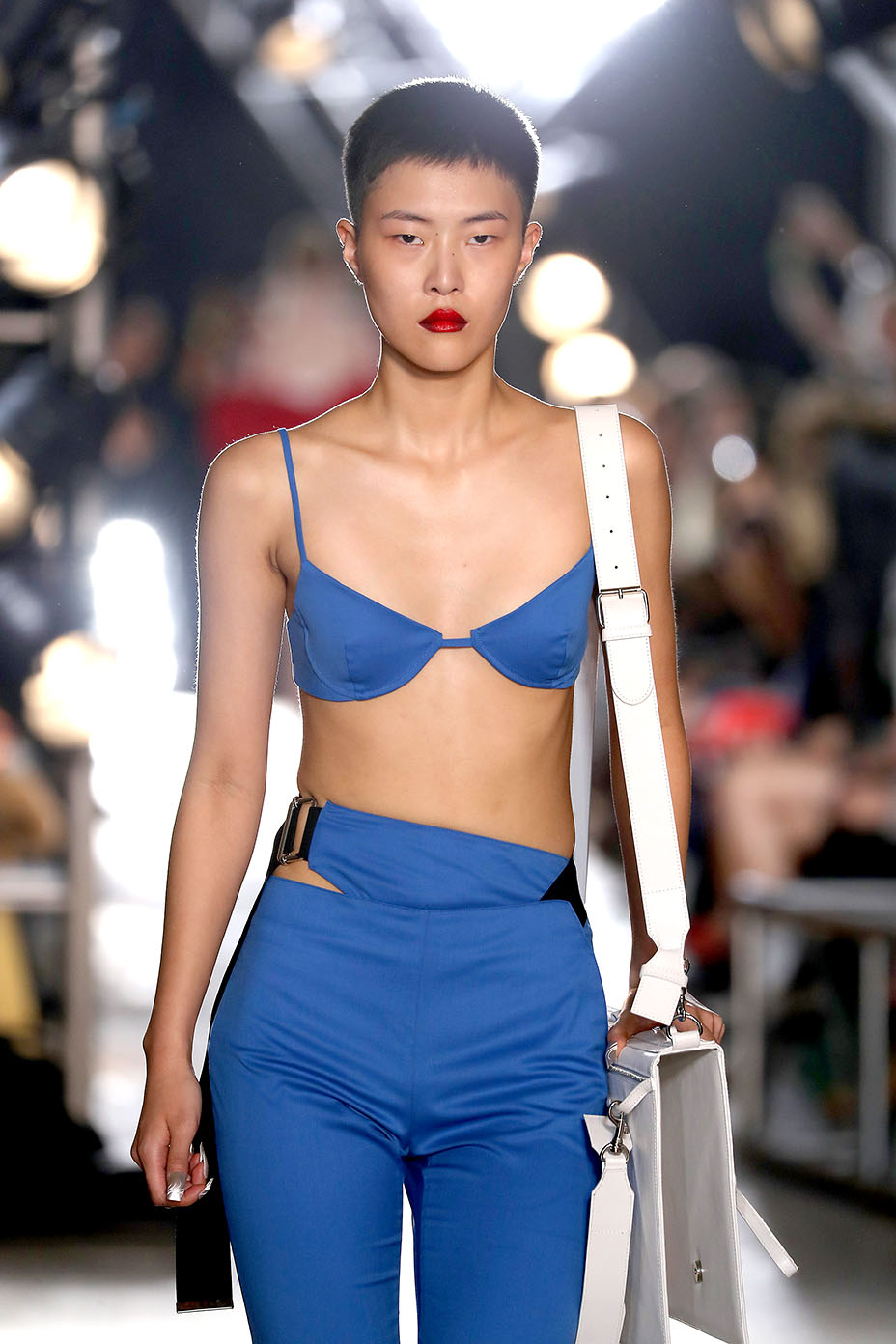