“Walking around a corner and being confronted with an art mural that is not an ad for something is a very powerful experience for people,” says L.A.-based artist Shepard Fairey, talking about why the ad hoc work known under the blanket term “street art” still resonates today after first emerging in the ’70s and ’80s. “I’m really happy that there’s been a slow progression of the embrace for public art because I’m not trying to just communicate with my people who are already super-down with art culture…. That’s my tribe.”

Fairey, forever famous for his 2008 Barack Obama “Hope” image, is busy ministering to the global tribe. He’s just flown into New York from Paris where he’s supervising one art show to put finishing touches on his contribution to another — “Beyond the Streets,” the mega-exhibit opening Friday, June 21 and running through the end of August in Brooklyn’s Williamsburg. Subtitled “Vandalism as Contemporary Art,” it’s the follow-up by curator and lifelong graffiti guru Roger Gastman to his 2017 Los Angeles exhibit, “Art in the Streets,” that broke all MoCA records with 220,000 visitors. And Fairey is on site to unveils his 30th anniversary project, “Facing the Giant: Three Decade of Dissent,” which is part of the exhibition.

I’m here in #Brooklyn to launch my 30-year project, “Facing the Giant: Three Decades of Dissent” in the U.S. at @beyondthestreetsart! The show opens this Friday, June 21st. Check it out! – Shepard? : @jonathanfurlong ??????????? Visit the link in bio for tickets and more info. #beyondthestreets #FACINGTHEGIANT #OBEYGIANT30TH

Obviously, the appeal of street art goes far beyond just the devotee, says Fairey. “I love the idea of it breaking through to people who have never really thought about art as not only a great form of communication and expression, but even just something to make us look beyond the petty,” he says. “[Whether] it’s the very small transgression of a sticker that makes you go, ‘What’s that about?’ to something that looks like the Sistine Chapel on a street corner.”

More than a decade after the Obama poster, Fairey still has a rebellious streak. “I’ve been making pieces [now] that are not about one specific person or candidate, but about principles like equality and inclusion,” he says. “Because looking at what’s going on politically right now, it’s actually really punk rock to go in a direction that’s not just about division,” he adds, pointing to some of his newer pieces on a nearby wall. “Whether it’s about the difficulty of immigrating to the U.S. if you’re from an undesirable nation or the hypocrisy of how we benefit from fossil fuels from the Middle East but then vilify people who practice the dominant religion, these images have an undeniable humanity.” 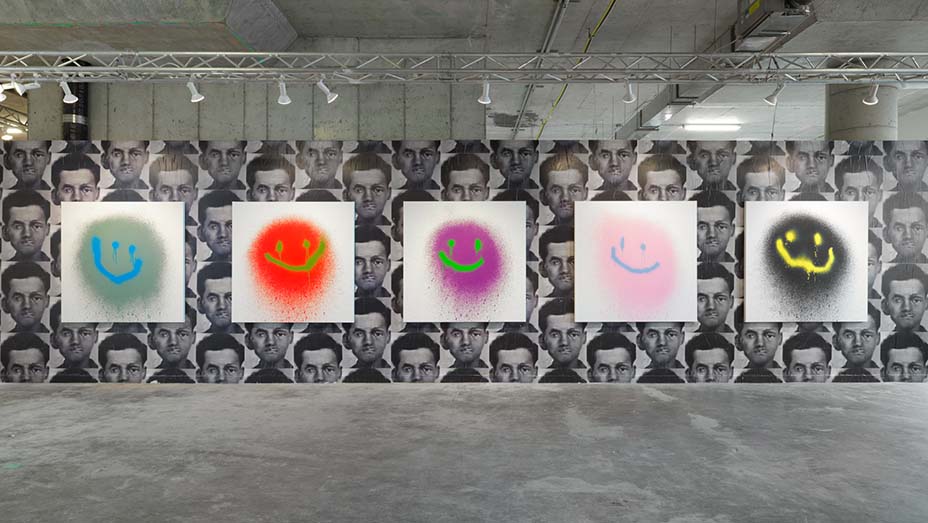 Curator Gastman’s sprawling East Coast exhibit covers nearly all of two block-long floors with hundreds of works spread over 100,000 feet. “New York is the city that artists want to make their mark in,” he says. “The subway trains of the ’70s and ’80s in New York City made graffiti famous and made it spread around the world. This is the pilgrimage; this is what everyone wants to see.”

Many of the artist works are thrillingly giant-size and the rise of graffiti art is also thoroughly documented in fascinating archival photographs and videos. There will be a continuing schedule of performances, lectures and films. Among the more than 150 artists included, the exhibit name-checks all the giants of the movement, including Futura 2000, the Beastie Boys, Jean-Michel Basquiat, Jenny Holzer, Keith Haring, Guerilla Girls and Takashi Murakami. 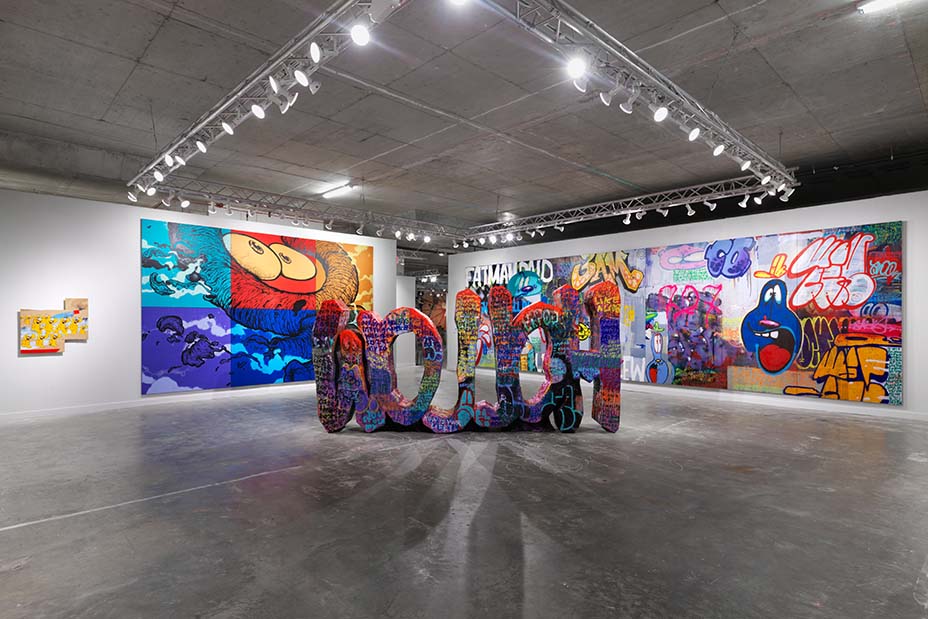 Street art pioneer Lee Quinones provides an updated commentary in his exhibit with a handwritten manifesto on the gallery walls for those who still question the legitimacy of the movement: “A counter question could have been asked of a society that leaves its young to feast on the wreckage of a dystopian cityscape expecting nothing but conformity,” he says. “Perhaps the question isn’t what is art, but who has the privilege to make it?”

The installation also includes an expansive gift shop with clothing, collectibles and books including several limited-edition artist collaborations. There is also a capsule collection from Adidas (a sponsor along with Perrier) that benefits the Harold Hunter Foundation, a New York-based nonprofit focused on supporting and advocating for the skateboard community.

Gastman, who lives in Los Angeles, notes that the New York show is nearly twice the size of the previous L.A. exhibit and reflects his work of nearly two decades. “It’s safe to say graffiti and street art is the biggest art movement of the last 15 years,” he says. “Celebrities collect it, musicians collect it, and fine arts collectors collect it. It’s crossed over and intersected with the culture so much more than almost any art form you can name.” 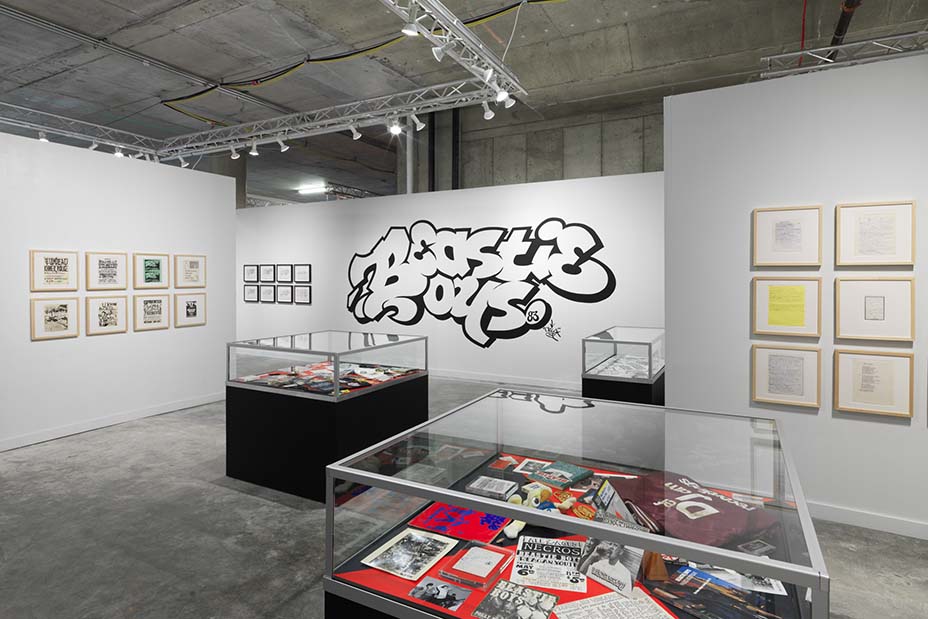