I‘ve lived for exactly seven years now in Los Angeles, a town whose many well-heeled denizens consistently, comically panic over two things: aging and rainy days. The latter we can’t stop. But the former? Doctors wielding injections, acid peels, scalpels and lasers have turned tony enclaves in the City of Angels into a living, breathing canvas, a modern-day Renaissance-era Florence where the works (21st century surrealism) are displayed on faces alternately beautiful and grotesque, strange simulacra of youth.

Until recently I edited The Hollywood Reporter, where I mandated that ages of the female executives on our annual Women in Entertainment Power 100 list be included. Oh, my God! The begging, the tears, the cries of sexism! I once wrote of the topic in the magazine’s pages: “As a feminist, I don’t feel age is something to hide … women buy into the social prejudices we fight on one hand but unconsciously support with the other.” I added, “All I can think about when I see women older than I am is how much more I can accomplish in my career and life.”

Which brings me to Sherry Lansing. Ms. Lansing is the most powerful woman in Hollywood history. Yesterday. Today. Ever. And certainly when she was at Paramount Pictures from 1992 to 2005, the first female to be a studio chairman. The chief. Not long ago, Sherry and I met for one of our lunches, this one in the garden of Beverly Hills’ Polo Lounge. Going out in public with Sherry in L.A. is probably like dining with Mark Zuckerberg in San Francisco. She is a rock star. Billionaires (today, Nicolas Berggruen) and current studio chiefs come to kiss the ring, socialites fawn and even Michael Ovitz still feels like he needs to make nice, beckoning her over to his booth, decades after they sparred over Forrest Gump. 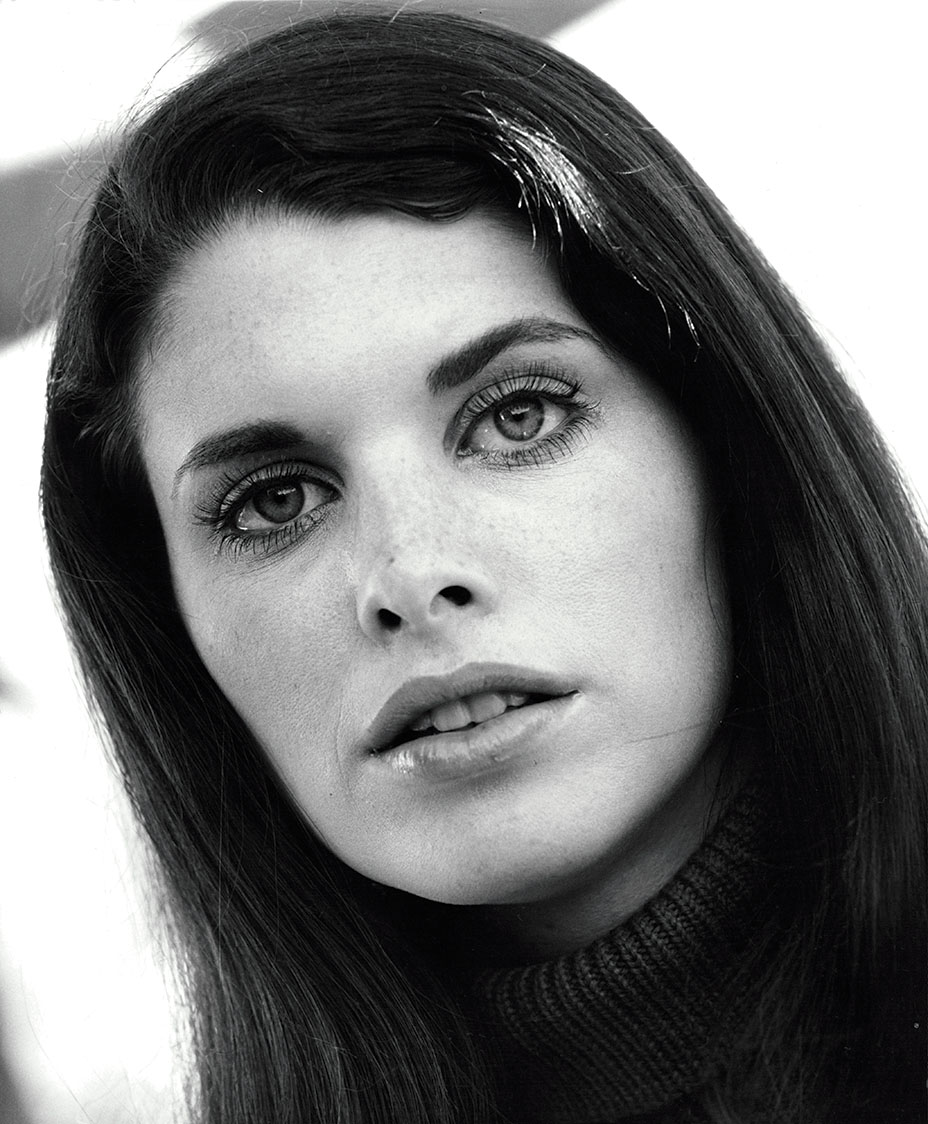 What makes this remarkable is that Sherry is 72. It’s an age when shame — particularly for women — can creep in as many worry that their power, relevance, health and physical appeal are declining. Not Sherry. She loves talking about her age and volunteers it casually, unself-consciously in conversation. She is on the board of Regents of the University of California, the board of the Carter Center, co-founded Stand Up to Cancer, is active in Big Brothers Big Sisters of Greater Los Angeles and, through her foundation, trains retired and midcareer tech executives to teach in California’s public schools. More tellingly, she mentors just about every big female executive in Hollywood. WWSD — What Would Sherry Do? Men and women ask themselves that several times a week here. I know I do.

Over our respective salads, the conversation turns to her recent Hollywood Reporter cover story, the last cover I booked before joining the magazine’s parent company. The cover was about Sherry on the occasion of the publication of a biography of her, Leading Lady (Crown Archetype), by THR‘s Stephen Galloway. Sure, it is a juicy tome, filled with delicious stories about celebrity feuds, bad behavior, Angelina Jolie’s drug tests, and salary demands through her movies, from Kramer vs. Kramer to Fatal Attraction. But more importantly, it’s the story of an insecure young woman’s discovery of her inner steel: how to be comfortably single until you are 47 (she met husband William Friedkin, the director, at that age), survive amid persistent sexism, quit your job while on top and, most crucially, not slink away as you grow older. 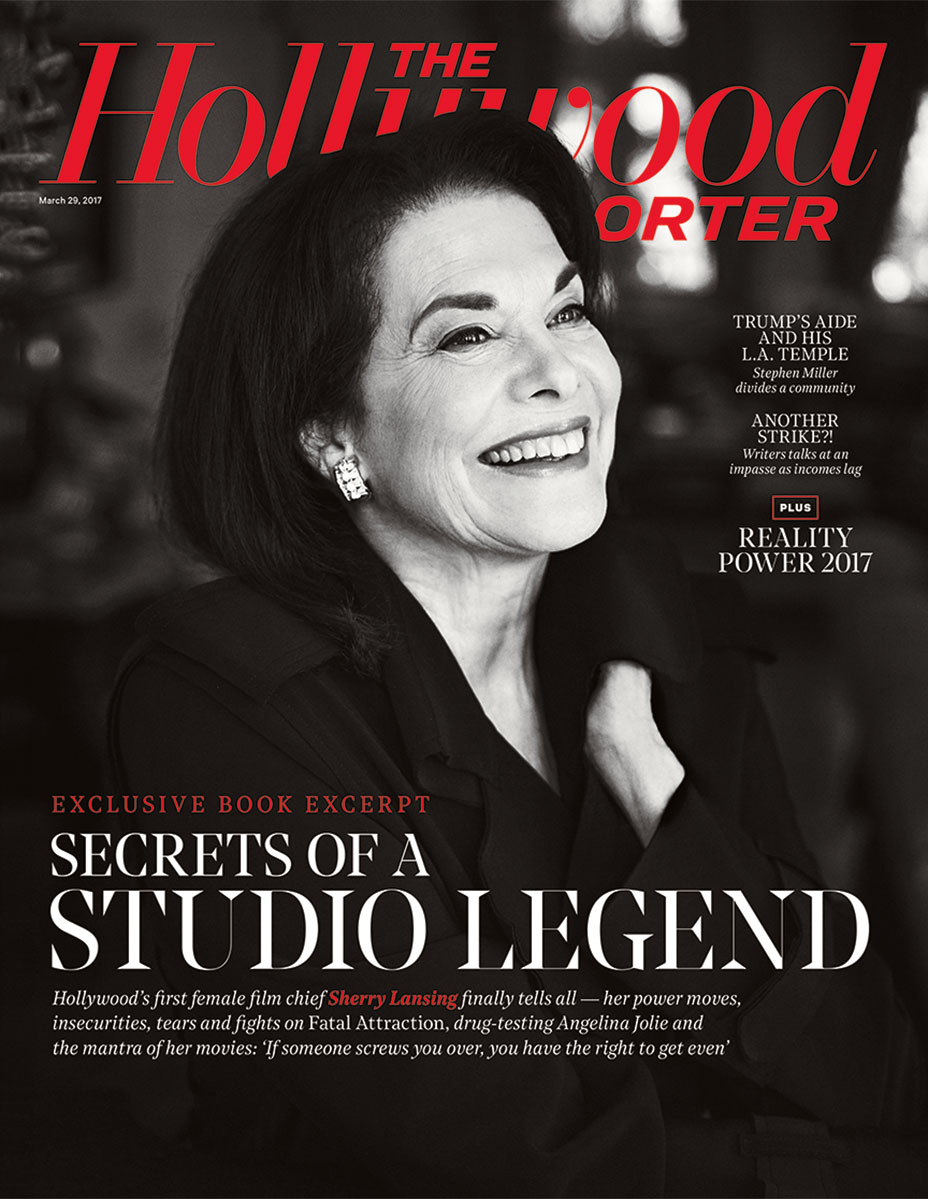 “I have to thank you,” she begins. “That magazine cover was the most liberating thing that ever happened to me.”

I am surprised and ask her to explain.

She reveals that at first she was mortified by the idea of being photographed in her house by Miller Mobley. She had been warned by THR‘s stellar photo director, Jennifer Laski, that the team would not retouch the photos of her any more or less than those of a young star. “Because,” Jen told her, “all people will talk about is how you were retouched and not how good you look.” Part of Sherry’s anxiety, she admits, was because she herself hasn’t had work done to her face. But she acceded.

A former model and actress, Sherry laughs when recalling the photo shoot: “I kept telling them I didn’t want any close-up pictures, and all I could see was this giant lens getting closer to my face.”

When the story went online March 29, she — of the laissez-faire attitude about age — was stricken. “All I could see were my lines.” She says she spent the better part of the day beating herself up: “Why did I let myself be photographed?” Her husband, “Billy,” as she calls him, tried to calm her. Ever the Oscar-winning producer, Sherry second-guessed why other photos — taken further away, in softer light — weren’t used. To make matters worse, the image was used on The Drudge Report, reaching millions — millions — of people! The agony!

The print issue sold out instantly on newsstands in Los Angeles. The last time that happened? When Bonnie Hammer, then 64, chairman of NBCUniversal Cable Entertainment, was on the Dec. 10, 2014, cover. I have to believe women in town were ecstatic to see one of them — smart, accomplished, not a Hadid or Kardashian — on a cover. With lines. And they were going to support it.

Sherry recalls that when she was 60, she sat in a meeting for one of the organizations in which she’s involved and suggested they bring in some retirees to give them a second career. One of the younger attendees scoffed and said, “Why, so we can clean up after they pee on the floor?” She said only when she told them that Mick Jagger was then 61 that the group “got” it. What older was in their fears versus what older was in reality were two different things. 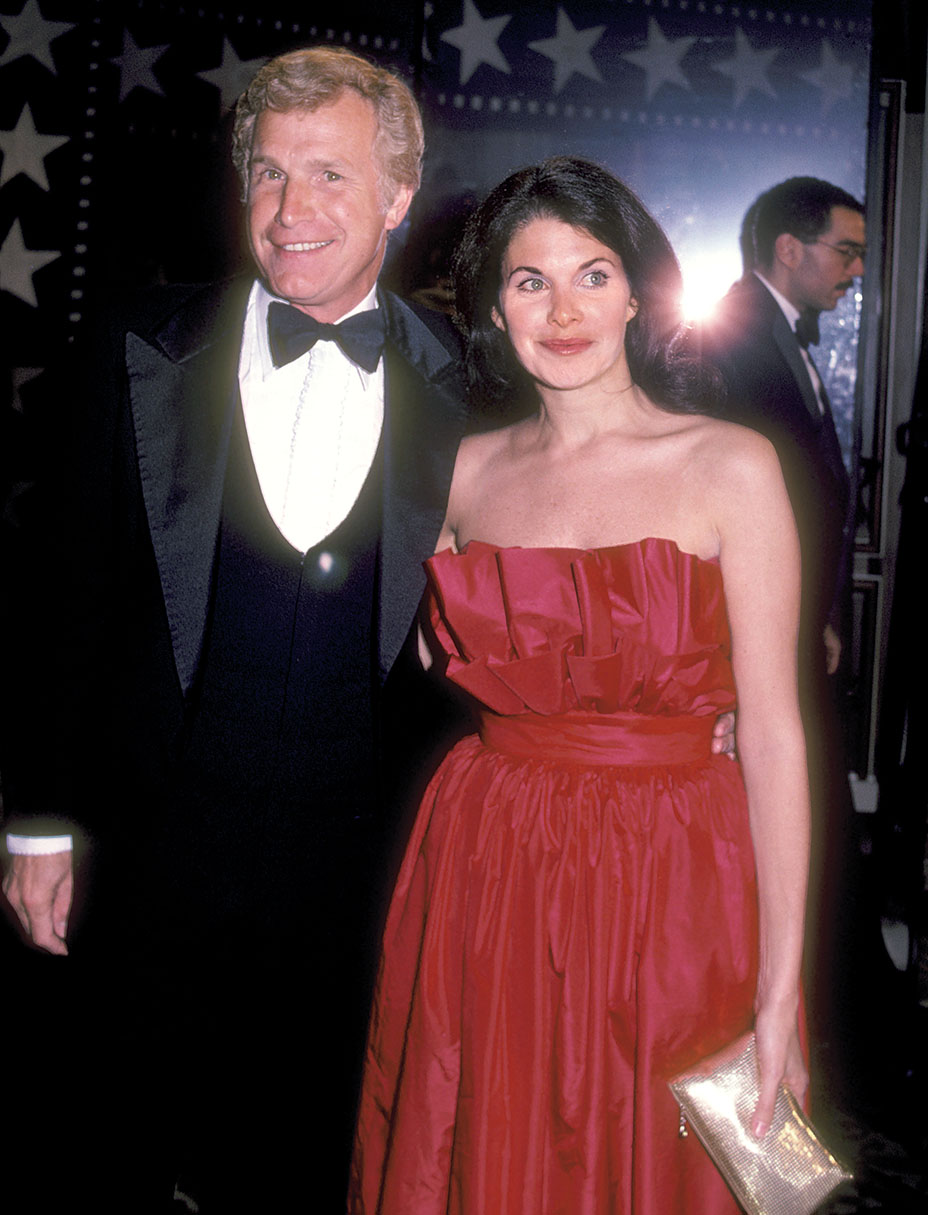 One of Sherry’s themes in her life is the idea of “next.” That every person has another chapter, that life is your own story told in chapters. For her, Paramount was one, the past 12 years were another. The acceptance of looking her age was just prelude to another one. After being the poster child in the battle against sexism in Hollywood, she wants to tackle ageism. Exactly how, she will figure out. And she will.

A few weeks after my lunch with Sherry, I ran into Judy Sheindlin, TV’s Judge Judy. She is 74 and the highest-paid woman in television. She told me she, Sherry and power agent Toni Howard, 72, were going with their husbands on vacation. She laughed and likened it to the movie Cocoon, about a group of senior citizens who go on a trip. After rejuvenation by aliens. It makes you wonder about the fare Hollywood puts forth: Cocoon. The Curious Case of Benjamin Button. 13 Going on 30. Big. Reverse aging as fantasy. 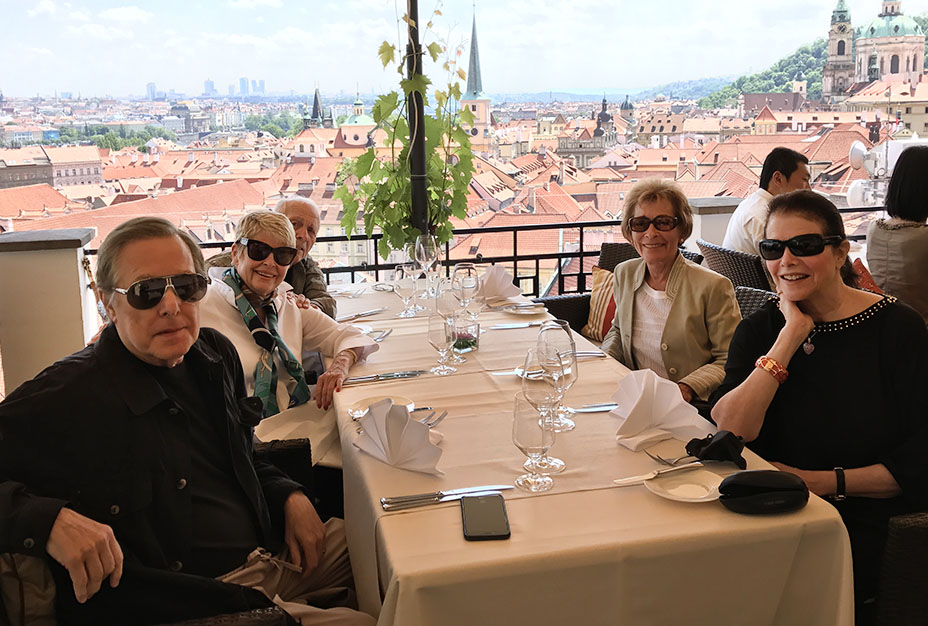