The chess game of Cannes luxury-shopping real estate has had a few bold moves this year with Saint Laurent taking over the old Hermes space, Loro Piana moving into Dior’s and Hugo Boss opening a massive four-story flagship. While celebrities come red carpet-ready, here’s where you can pick up your key pieces for the festival. 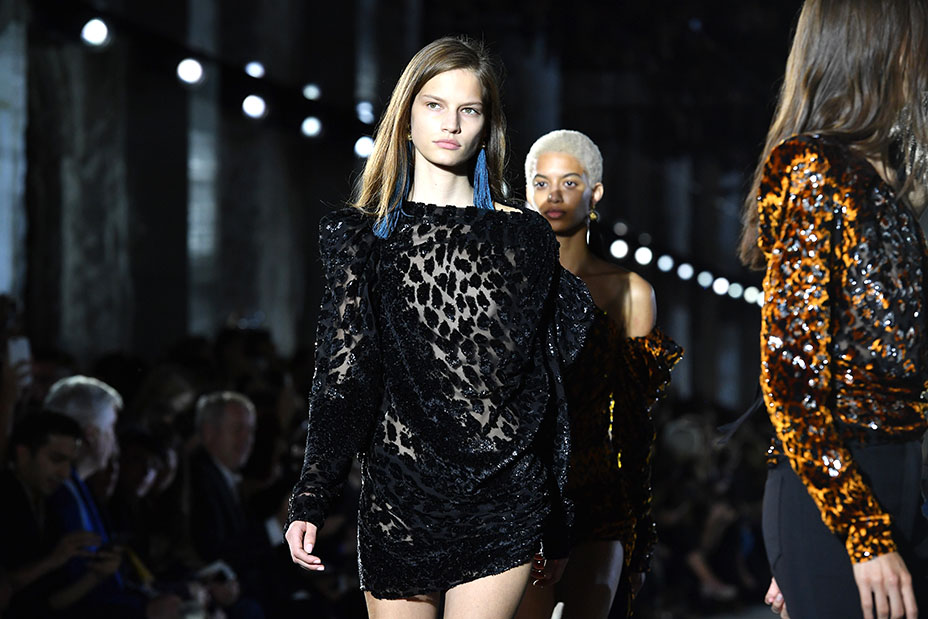 New designer, new digs for Saint Laurent as it’s decamped from its location further down the Croisette and set up shop in a jewel box of a space in front of the Gray d’Albion. The brand overhauled the small space, formerly occupied by Hermes, in glass and mirrors. It gives them a prime spot for the sexy sparkling mini-dresses and skinny smoking suits of Anthony Vacarello’s 1980s-infused premiere collection. 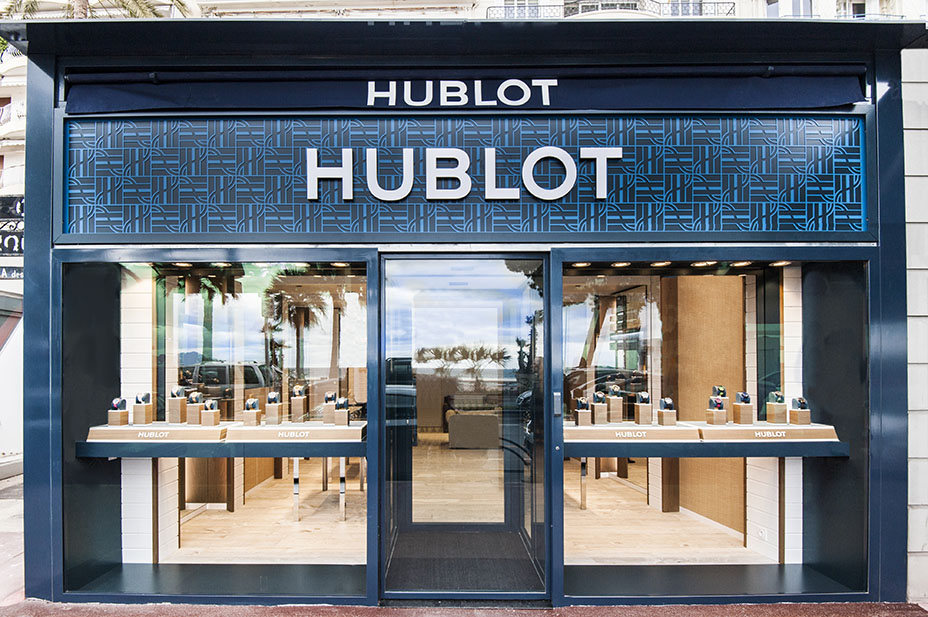 The iconic Swiss watch brand Hublot has opened its Cote d’Azur flagship on the Croisette with a rugged marine exterior and an interior swathed in pale blues, aged oak walls, stacked bookcases, jute carpet and sand-colored sofas reminiscent of a sleek sailboat. The boutique houses collections such as the Classic Fusion and the Big Bang. The carbon, gold and diamond will set you back a cool $40,000. 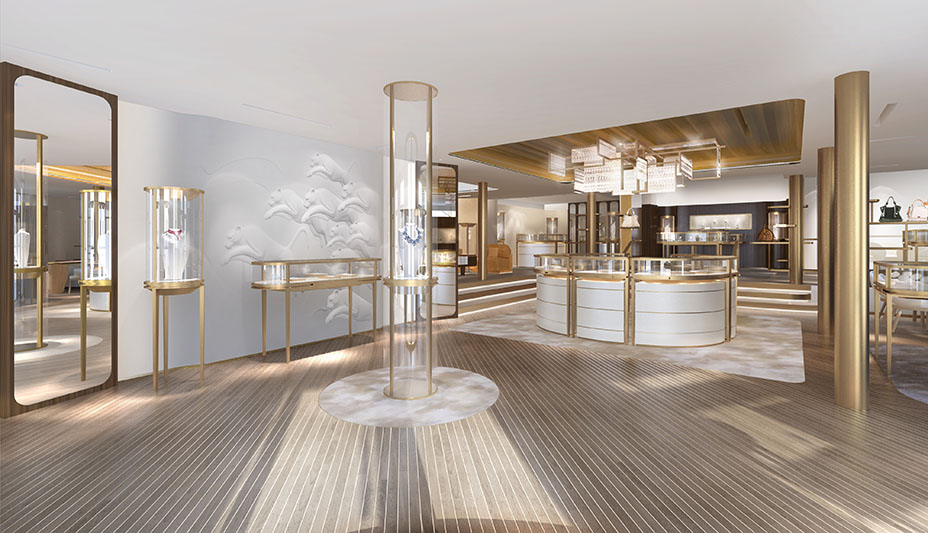 Originally opened in 1938, the boutique Cartier calls its “summer residence” reopened after a six-month facelift. Designed by Bruno Moinard with a nod to the mega yachts that sail the Med, the interior was reimagined with a wooden deck, jewelry displayed in portholes and coves in the shape of ship cabins. The entire space has been rendered in colors from cool white to caramel and gold, with the ceiling decorated in a fresco inspired by the 1957 Palmier pin. For the festival, the boutique will carry the newly relaunched Panthere watch. Festival mistress of ceremonies Monica Bellucci is the face of the house. 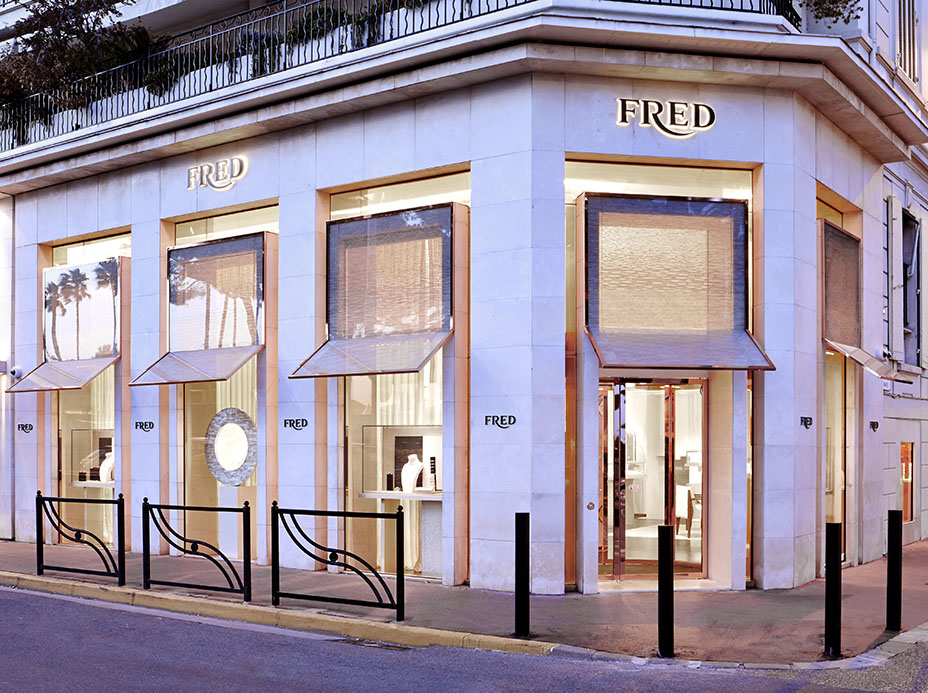 The French jeweler Fred, part of the LVMH family, has brightened up its interior with sleek mother of pearl walls, and its 16-foot ceilings are adorned with a fresco tracing the history of the brand founded in 1936 in Paris. The interior showcases its iconic rope and hook bracelet, as well as a library and mini-museum of historical items such as vintage clocks and minaudieres from the brand’s archives. 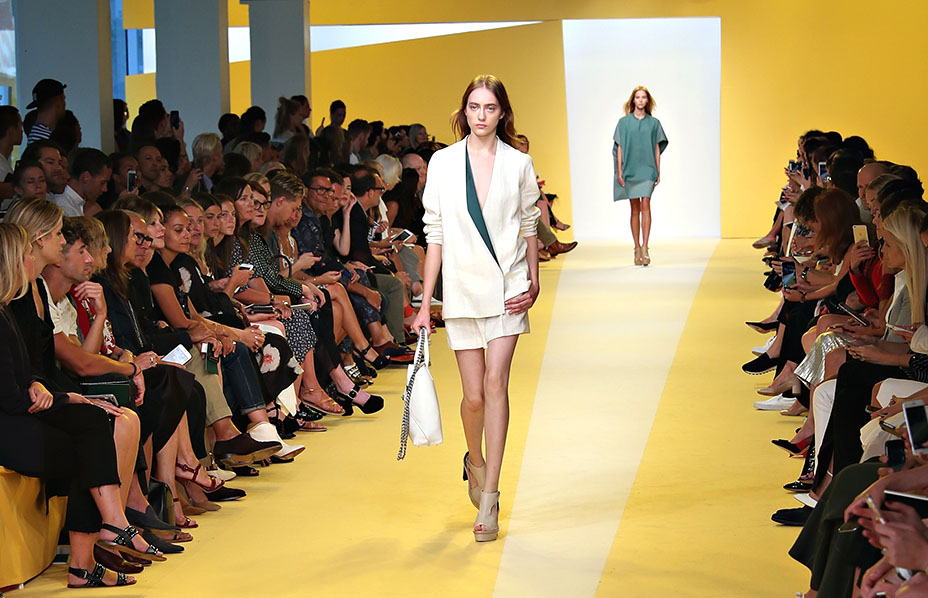 For a brand known for its architectural flair, it’s fitting that the new outpost of Swiss luxury label Akris, inspired by Austrian architect Adolf Loos, is dotted with iconic mid-century pieces such as Norman Cherner chairs. The boutique, nestled next to the garden of the Grand Hotel and anchored with Spanish marble floors, is home to an exclusive handbag from designer Albert Kriemler. 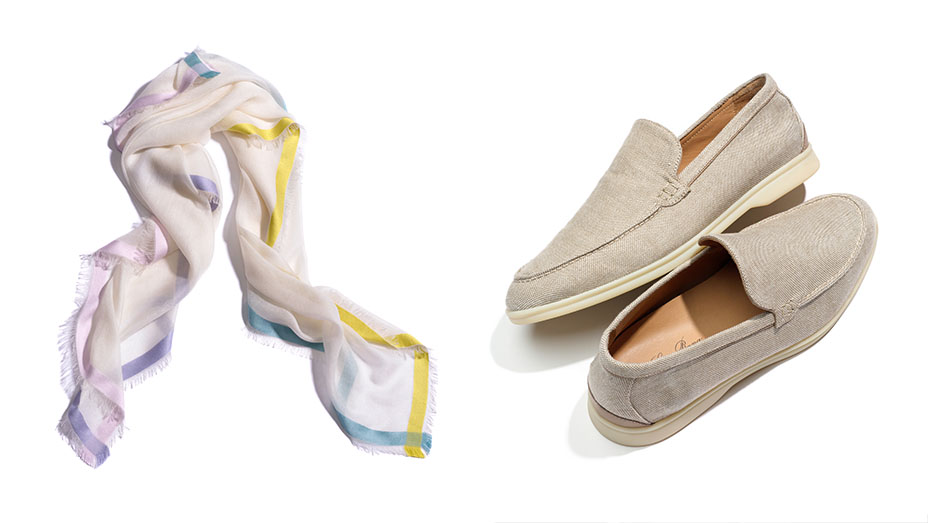 Italian luxury label of cashmere and fine wool Loro Piana, part of the LVMH family, took over the old Dior space on the Croisette last fall. The bright airy space is home to men’s, women’s and children’s lines, including handbags and accessories such as their slip-on deck shoes in a cascade of sea-worthy blues.

Off the Croisette, Hugo Boss opened a massive 7,000 sq. foot, four-story flagship store in September. The German label carries its signature classic suiting and sportswear lines for men, as well as the women’s ready-to-wear lines from New York wunderkind creative director Jason Wu — a favorite of Diane Kruger, Kate Bosworth and Bella Hadid, whose bother Anwar is the new face of the brand. Tuxes and gowns are still available at their Croisette outpost.