While waiting in the wings to walk her first-ever runway show for the prolific Anna Sui’s spring 2018 collection, 16-year-old model Natalie Nootenboom politely clarified to the backstage help that she wasn’t a stagehand.

“I’m a model,” she told a few well-meaning members of the backstage crew who inquired which team (hair, makeup, dressing, photography etc.) she was assisting. “I did get a few looks,” Nootenboom told The Hollywood Reporter of her first runway experience. “But I get it,” she continued. “I was the first plus-sized model to walk for Anna Sui.”

One can’t necessarily fault the crew for assuming the SoCal native — who signed with her first NYC agency, Muse models, just two months ago — wasn’t a catwalker. In the high-intensity backstage environment of a New York Fashion Week runway show, each clique has their identifiers: Publicists wear head-to-toe black with headsets and carry iPads; journalists are in sensible shoes and carry overstuffed laptop bags and recorders; and, of course, the models are tall and impossibly lanky with indifferent expressions plastered on their angular faces, wearing earbuds connected to an iPhone nestled in a designer case.

But the anecdote highlights the slow road to acceptance that plus-size models still face, even as the fashion industry is starting to (slowly) move toward size diversity. Beyond just showing up, plus-size models like Nootenboom and her curvy contemporaries Ashley Graham and Candice Huffine, who both hit the catwalk this season, are working to change Fashion Week norms, to move beyond plus-size model as the exception instead of the rule. “I felt out of place when I first got there,” said Nootenboom, who happens to be the niece of DJ/designer Steve Aoki, “but I just remembered that I’m making a place for curvy girls.”

Much has been made of how far the industry has to go, but the advances deserve to be celebrated, says Becca Thorpe, head of Muse Model’s Curve Division, which represents Nootenboom as well as other top plus girls like Charli Howard and Paloma Elsesser. Since she took over as head of the curve division in 2010, the roster has grown to 45 women, and demand for full-figured ladies has never been higher thanks to designer champions such as Christian Siriano and Prabal Gurung, whose ongoing Lane Bryant collaboration debuted earlier this year. This September, NYFW saw the most diverse runways yet, with women of all sizes and races hitting the catwalk, according to The Fashion Spot‘s seasonal report.

That being said, there are still obstacles. A common talking point for plus-size champion Graham, a hero of Nootenboom’s, is representation of plus-size women of color. “I know I’m on this pedestal because of white privilege,” Graham told The Cut in August. “To not see black or Latina women as famous in my industry is crazy! I have to talk about it. I want to give those women kudos because they are the ones who paved the way for me.”

Nootenboom, who is of Japanese ancestry, gives a face to an even more underrepresented sector: plus-size Asian women. “I get a lot of Asian women saying thank you,” she said of her interactions on social media. She went on to acknowledge the “danger” of stereotypes that depict Asian women as petite and delicately thin: “I got this one elderly lady who told me, ‘I wish there was someone like you representing us when I was young.'” 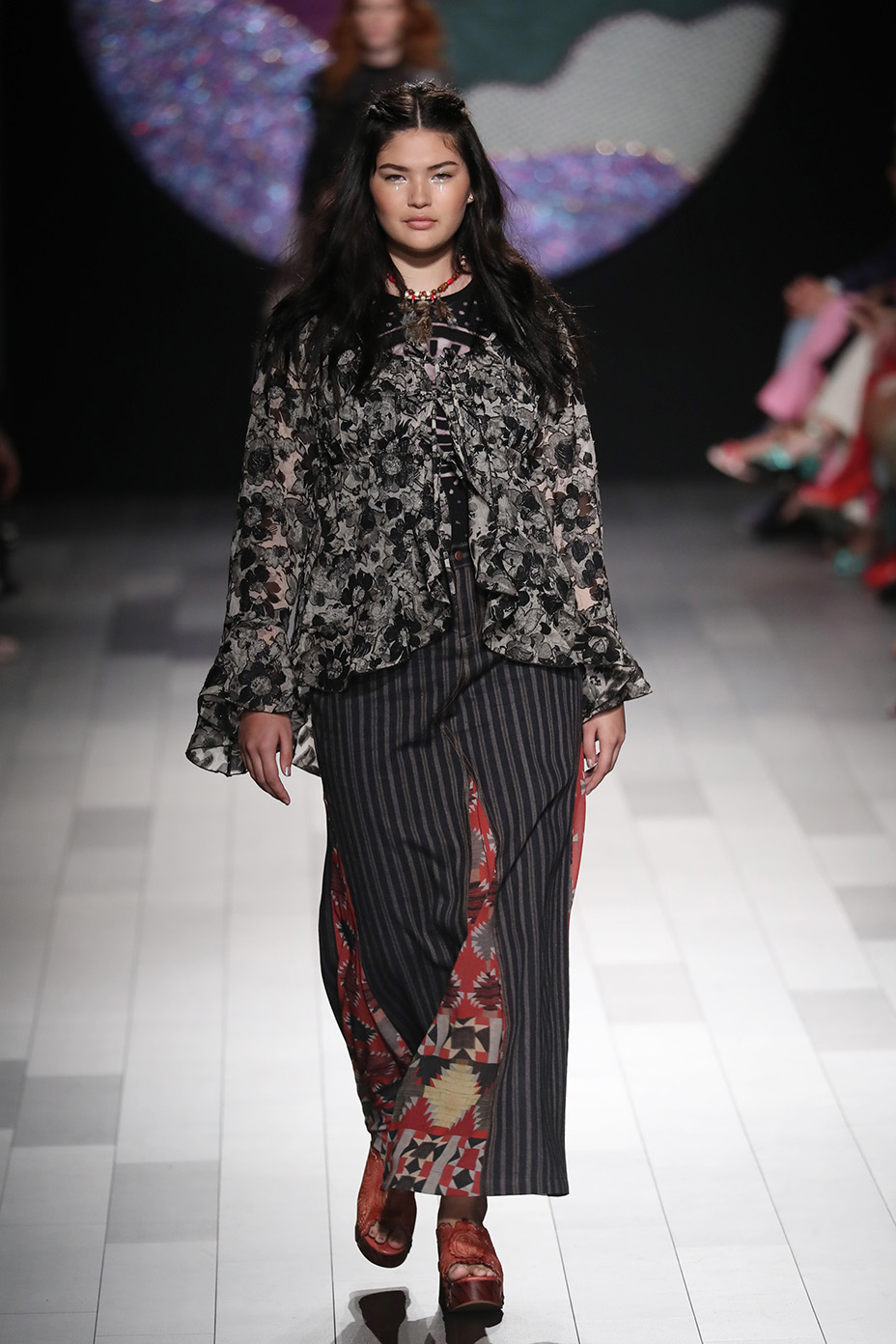 Elsesser, who is most recognizable from her nude Glossier Body Hero billboards, which are plastered all over the streets of Los Angeles and New York, goes a step further in recognizing that it’s not just about visual representation, but also of truth and honesty when it comes to being body-positive as a plus-size gal. “When I shot the [Glossier] campaign, I was so nervous,” said the 25-year-old. “I’d never been nude. It’s not that that I’m not comfortable being naked, but when you grow up fat, you can’t take away the shame or embarrassment even though you’re a model,” she continued. “It’s not just erased.”

In an emotional Instagram post, Elsesser said that she cried three times on set because she was so grateful for the support of the Glossier team. “I just wanted to be very honest and vocal,” said the New York-based model of her post. “At times, the curve/fat/plus convo tends be this ‘out of the dark’ story, like, ‘I used to be insecure, but now here I am.’ But that is not my reality, and for most of the people, that isn’t their reality, either.”

Look, I’ve never done nude before. I cried 3 times before this shoot. I cried because I still feel scared, paralyzed by insecurity at times, and exhausted by an unfettered vulnerability that I want to present to the world. As I paced the upstairs bathroom of @springstudios I chanted to myself “this isn’t for you paloma. this isn’t about you. get out of your ego. be of service” over and over until the anxiety subsided and I was convinced of the mantras which guide me through many jobs, most importantly this one. I did this to show that being fat isn’t a burden. Being fat isn’t ugly or shameful. To prove to one person that it isn’t BRAVE to be fat, but bountiful. And for that young girl looking on instagram, or walking down Spring st, that she is fucking perfect despite the precarious and irresponsible versions of beauty we are urged to digest. I love you @glossier thank you for this incredible opportunity, for clearing the set, for wiping my tears, for playing SWV, and for helping me shed my insecurities in pursuit of greater impact and awareness #bodyhero

“A huge part of my career and how I want to participate in the world is being unapologetically myself, and being honest and vulnerable,” added Elsesser. “It would be a disservice to the message to just post a photo, ‘Love you, Glossier, thanks for the opportunity.’ But it was essential to communicate to my community. I wanted to be very clear about how I felt.”

Though Americans have made inclusion and diversity a priority, the runways across the pond in London, Milan and Paris are still noticeably devoid of curvy women. But Thorpe sees that changing soon. “Watch and see the trickle-down effect that happens,” she said. “At the end of the day, women are women. We want the same things, and we want to be able to be represented in this world.”