Hollywood generally embraces — if not publicly, then privately — any treatment, procedure or ingredient that promises miraculous fountain-of-youth-like results, and the latest trend to make its way stateside is no different, though it’s a little cringe-worthy. Snail slime, technically known as snail mucin or mucus, is a popular Korean beauty ingredient that has its origins in ancient tradition but has been modernized (think intense filtration process) for today’s slew of creams, serums and sheet masks. 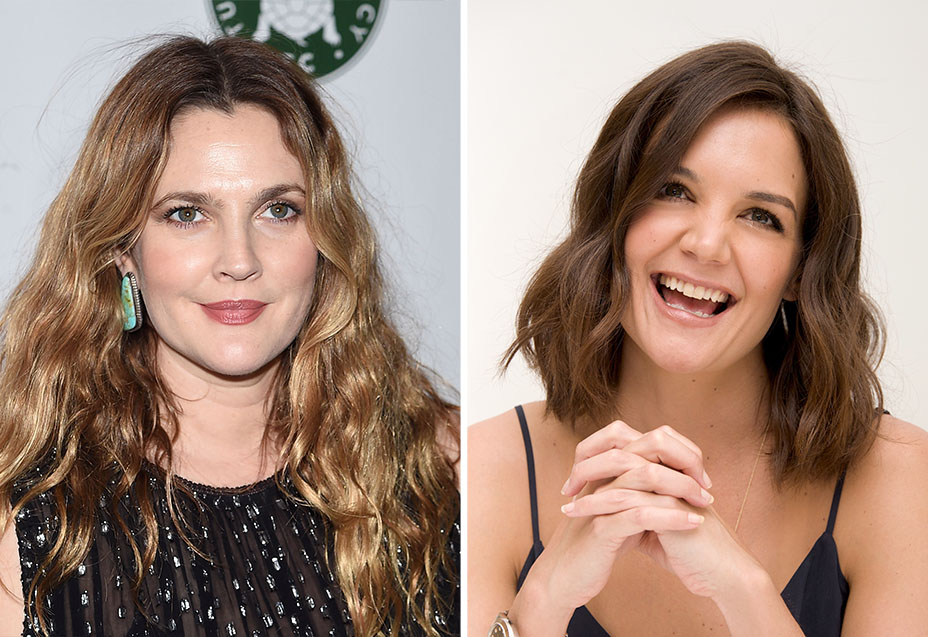 Drew Barrymore and Katie Holmes have reportedly tried it, as has celebrity makeup artist Troy Surratt (Leann Rimes, Adele), who says the ingredient piqued his curiosity. “I had heard the trend was gaining popularity because a doctor in Korea had discovered snail mucus had healing benefits and it expedited the healing of burns and had the ability to stimulate collagen production,” he says. He then headed to Seoul with fellow makeup guru Fiona Stiles to check it out.

Before animal cruelty protestors get out their picket signs, there are no snails hurt in this process. Sarah Chung, founder of Landing International, who worked with Ulta Beauty to curate their stores’ new Korean beauty offerings, says, “My first concern was whether snails were being harmed, but after speaking to my friends at COSRX, a leader in snail mucin serums and creams, my fears were dispelled. The snails actually walk across a very fine mesh that collects their mucin, and don’t experience any pain for the sake of our beauty!”

Chung adds that the ingredient has become such a K-beauty star (and no, it does not smell snail-y), that it no longer seems strange to her. It’s like a multivitamin for the complexion, and is a natural source of hyaluronic acid, enzymes and peptides, which hydrate, exfoliate and firm all at once. She recommends products with it — COSRX’s lightweight Advanced Snail 96 Mucin Power Essence, with 96 percent snail mucin, is an obsession in her office — for dark spots, dehydration, acne scarring or general improvement to the skin, whether it’s oily and acne prone or super dry. Missha is another brand offering a handful of snail formulas, including the ever-popular sheet mask. 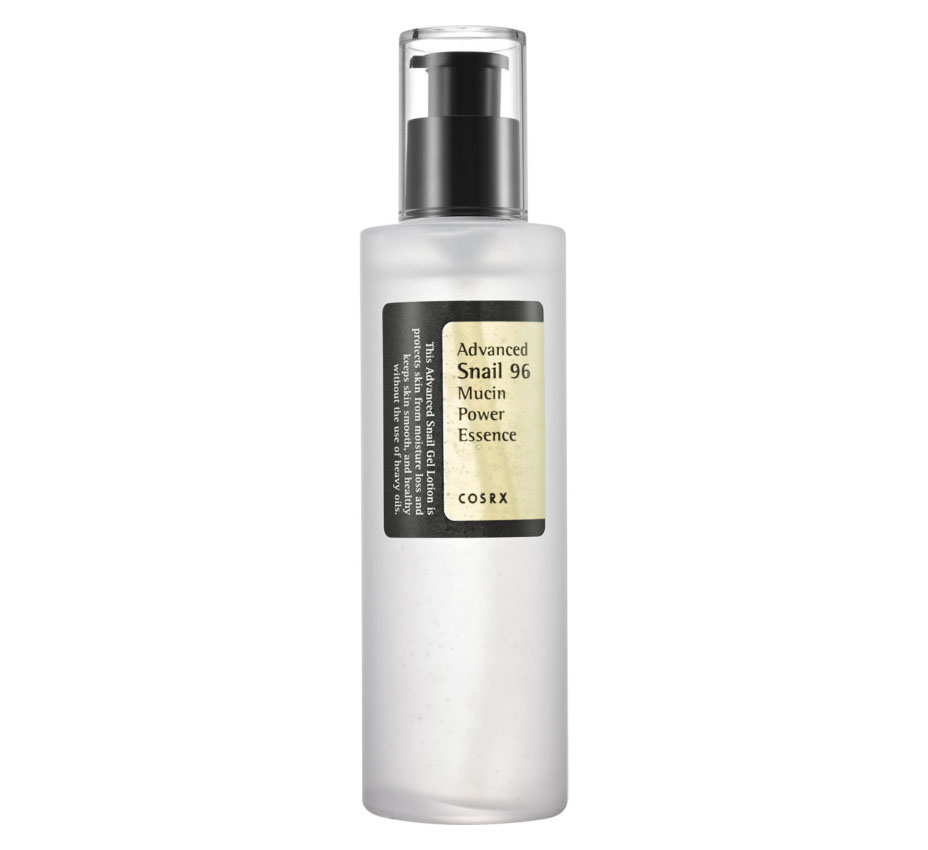 Tonymoly’s Timeless Ferment Snail Eye Cream uses 80 percent gold-fermented snail mucus and is lightweight but super nourishing, says brand vp Alice Hyun. To produce it they feed the snails gold-infused green tea for months so that their mucus is infused with the antioxidant-rich ingredients, too. “The eye cream sinks into the skin to provide long-lasting hydration and youthful resilience with a non-tacky finish so the delicate skin area feels comfortably moisturized and firm without feeling heavy or irritated,” she explains, adding that while it’s a major player in K-beauty now (citing around 50 brands using it today), beauty brands worldwide are picking up on the secret. 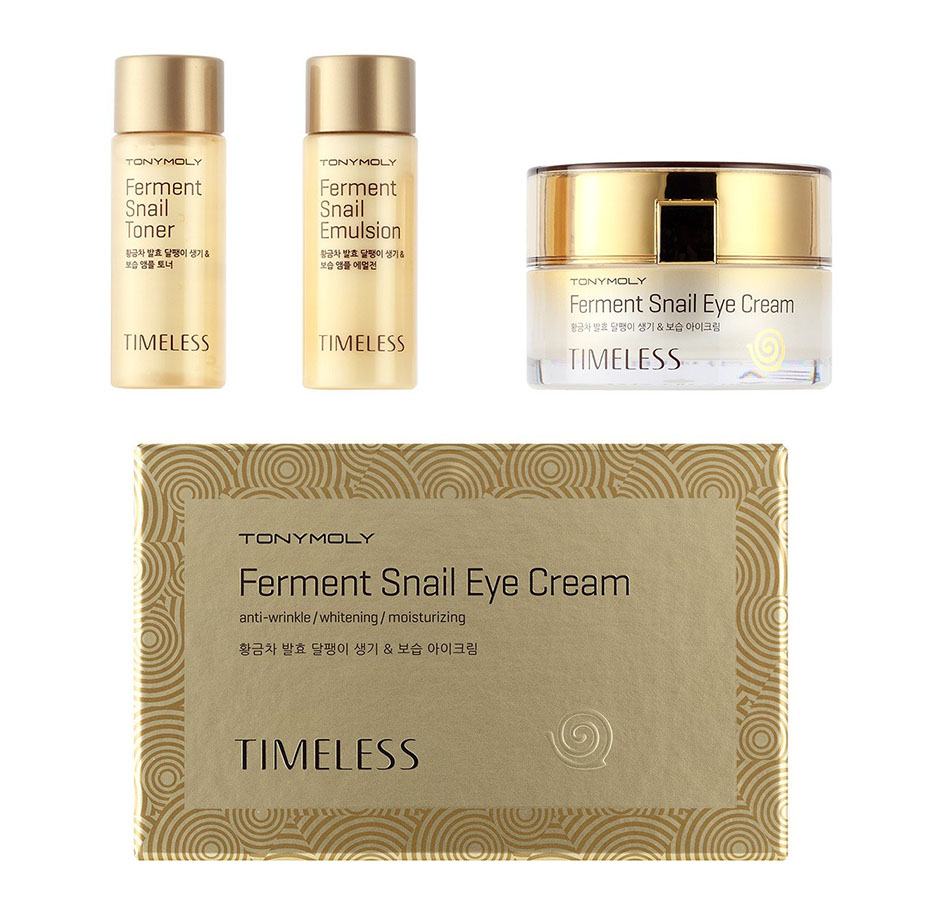 Additional elements it carries: allantoin, glycolic acid, collagen and elastin, which repair the skin barrier and soothe, hydrate and brighten. It’s also antimicrobial, and features copper peptides. The big question: can it turn back the clock? Hyun says it helps with anti-aging, while Chung says “the customer reviews really speak for themselves.” It seems snail mucus is here to stay. Says Surratt, “Anything to slow the signs of aging to a ‘snail’s pace’ and put off a trip to the surgeon.”