On Wednesday morning in Paris, John Galliano unveiled his spring 2017 couture collection for Maison Margiela, and a few pieces had us doing double takes.

With his over-the-top detail, Galliano’s avant garde looks always beg for a closer inspection; however, a few pieces were intriguing more for their familiarity than their insane silhouettes or frills.

Any frequent Snapchat user could immediately recognize the social app’s signature face-altering rainbow vomit filter, which was the first that the app released, that was re-created on a gauzy white overcoat embroidered with bright red stitching on the lips; the infamous dog filter, the “basic bitch’s” go-to for selfies, was spotted on the back of a jacket, again in a white gauzy material over a black embroidered undershirt. 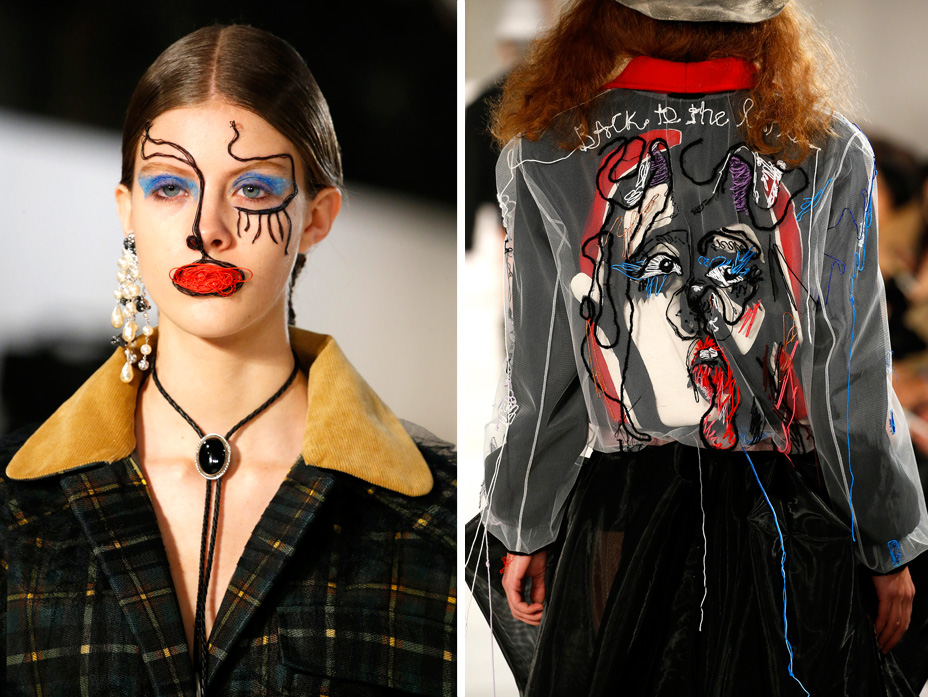 Other references to Snapchat filters included a model wearing dog ears as well as a model in full face makeup meant to mimic the Lichtenstein-inspired face paint filter. (That look in particular landed Snapchat in hot water after a YouTube beauty vlogger called out the social platform for ripping off her design.) Look 24, too, seemed to be a nod to the digital realm, as possible couture symbolism for 21st century “ghosting” — the preferred method of break-ups for the under-30 crowd in which one simply ceases to respond to texts or calls (just kidding, no one makes calls anymore).

Galliano also explored the intersection between fashion and technology in his ready-to-wear collection for the French fashion house in October, sending models down the runway wearing headsets and antennas. 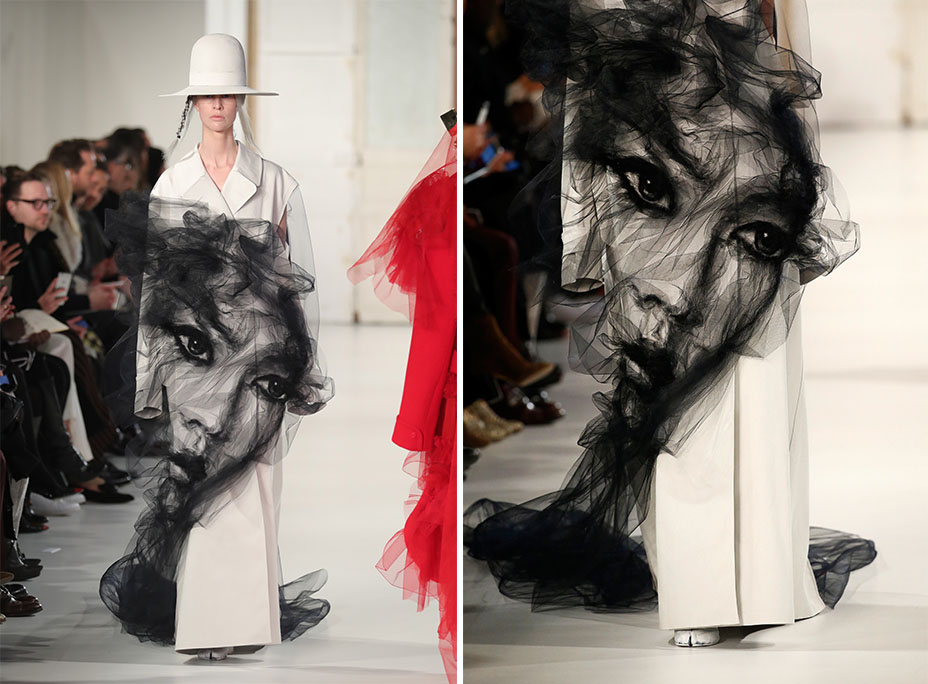 Meanwhile, almost every other major luxury fashion house is also tapping into the younger crowds’ interests. However, this has mostly manifested itself in combing Instagram for the trendiest millennials (or at least, the millennials with the highest follower count) to star in their fashion campaigns — from Cameron Dallas to Zendaya and every celebrity offspring in between.

There’s nothing groundbreaking about asserting that fashion and social media go together like peanut butter and jelly (or should I say, like Dolce and Gabbana), however it seems the nature of the use of the apps for creatives is evolving. As opposed to self(ie)-promotion or advertising, designers like Gucci’s beloved Alessandro Michele and former Lanvin creative director Alber Elbaz are using Instagram frequently as an expression of creativity. Perhaps Galliano has a private Snapchat account that he mines for inspiration.