Continue to The Hollywood Reporter SKIP AD
You will be redirected back to your article in seconds
Skip to main content
June 2, 2017 6:02pm

It’s no secret that Beyonce radiates confidence and strength, but now it’s Instagram-official. Aspinal of London partnered with color psychologist Karen Haller to read top stars’ Instagram auras. Beyonce’s dominant color on Instagram for 2016 was gold, a color associated with wealth and strength. Haller also read Oprah’s Instagram, where fresh green hues are dominant. Green represents a love of the planet, and we all know Oprah loves to garden.

Speaking of Oprah and her garden, in a recent Instagram post, the media mogul mistakenly referred to fennel plants as dill weed. British chef Jamie Oliver immediately commented on Oprah’s garden haul and noted that she was, in fact, incorrect. Oliver chimed in, “That’s fennel mate, I love it roasted, slow fry until sweet, very finely slice it for salads…” Thanks, Jamie. Budding chef Zac Posen added, “Oprah this is fennel!!” with additional cooking tips. Oprah has yet to edit her caption. 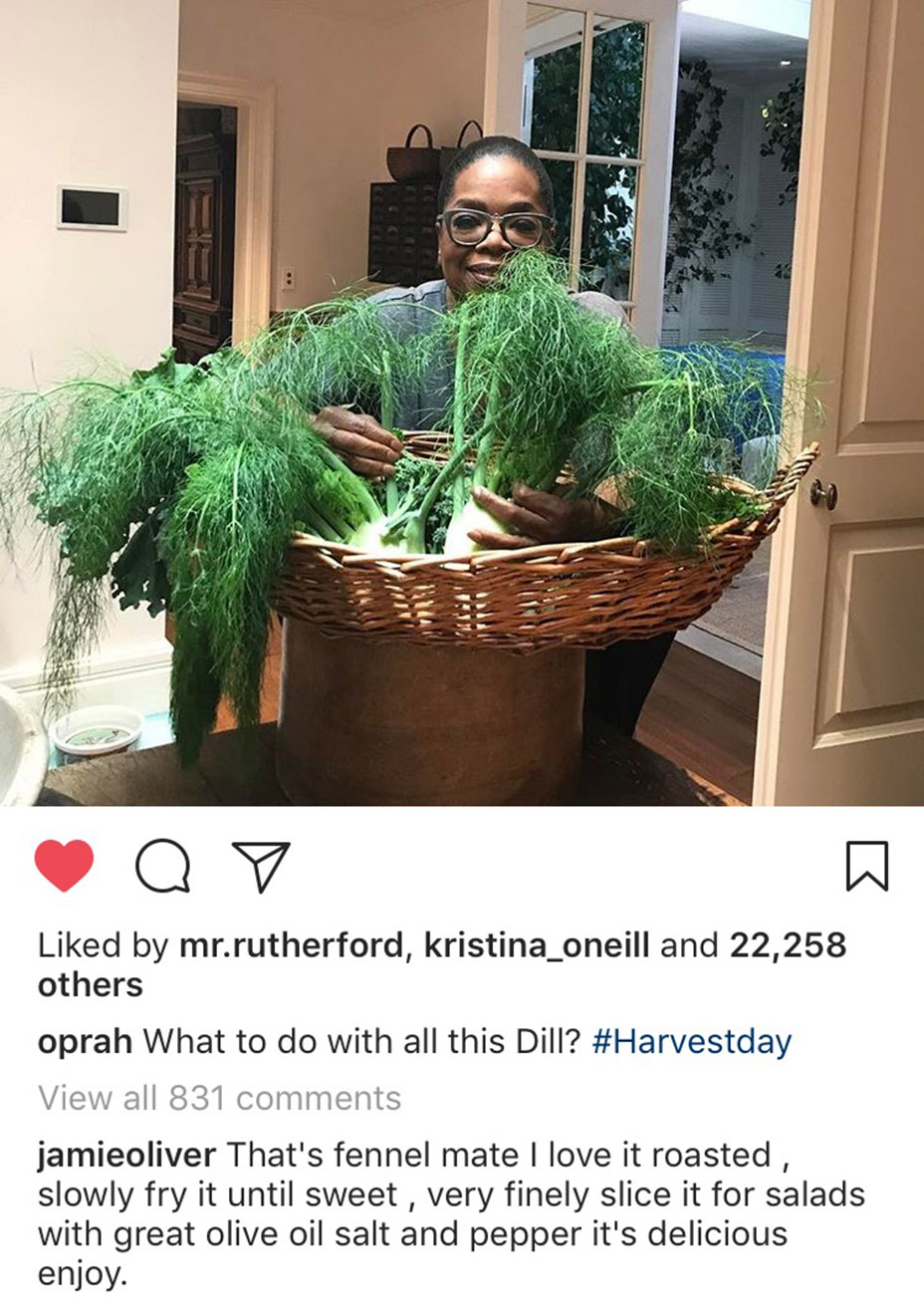 Actresses, not actors, need an Instagram?
Kirsten Dunst sounds off on Instagram, having babies and how she really feels about fashion in the July issue of Marie Claire UK. The 35-year-old actress, who’s been in 74 (and counting) films and television shows, weighs in on the importance of the social media app to actresses’ careers: “You can get jobs based on your Instagram following these days,” she said. “That’s why I have it now.” Even in a space where #feminism is constantly trending, Dunst continued: “As a man, you can get away with not having it.” Nevertheless, we’re happy that she joined Instagram — her #aesthetic rules.

Have you ever dreamt of being in a music video? Jenna Dewan Tatum, Natalie Massenet and Vanessa Hudgens all have, apparently. Each of the social media stars have posted short music videos using Triller. The app creates edits of you and your squad dancing and living it up like music-video stars — just make sure to pay for the watermark removal, otherwise your video will look way underbudget.

I should’ve never found this app….