But there’s hope? Us Weekly reported that George Newbern, Father of the Bride and Father of the Bride Part II actor, revealed there’s a script for part three of the franchise. This was news to screenwriter Nancy Meyers, who took to Instagram to clear up rumors. You may remember Newbern as Kimberly Williams-Paisley’s fiance. Steve Martin’s character George Banks never had a good feeling about the guy … maybe he was on to something? We kid. But seriously, don’t play with our emotions, Newbern. 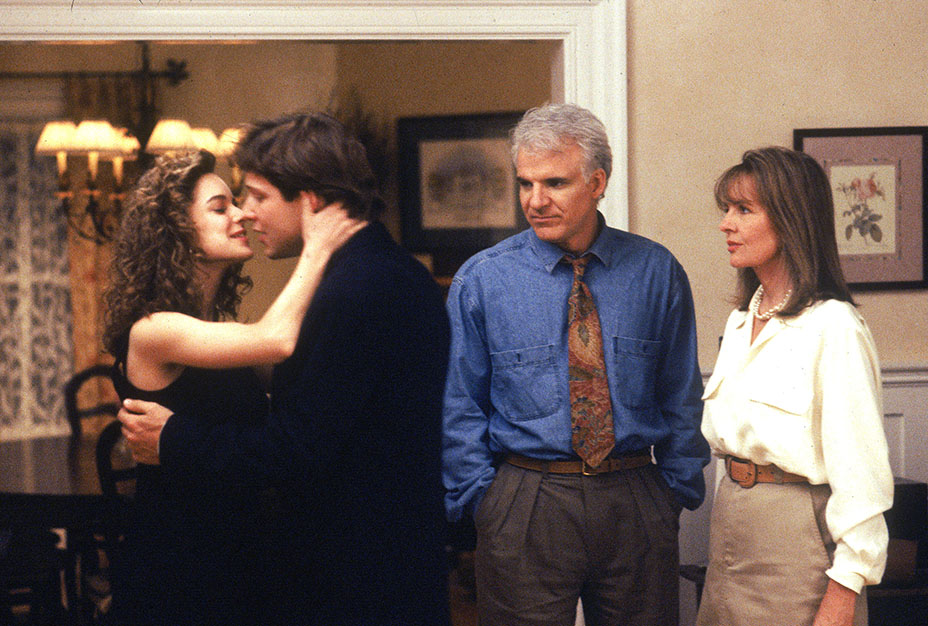 Britney Spears: singer, dancer, painter. The princess of pop (do we still call her that?) posted an Instagram video of her outside of a mansion in Tuscan setting. What’s wonderful is the subtle outfit change. It’s Britney, bitch.

Gwyneth Paltrow dedicated a special Instagram post to her daughter on the International Day of the Girl. What makes the image incredibly poignant is that the photo was posted the day after she shared her sexual abuse claims against Harvey Weinstein to The New York Times. If a picture tells a thousand words, look at the two photos below; one with her daughter and her portrait for the New York Times story.

Everything I do in my life I do for this girl (and her brother). #internationaldayofthegirl

“This way of treating women ends now.” When @gwynethpaltrow was 22, she got a role that would make her a star: Harvey Weinstein hired her for the lead in the Jane Austen adaptation “Emma.” Before shooting began, he summoned her to his suite at @thepeninsulabh for a meeting. It ended with him placing his hands on her and suggesting they head to the bedroom for massages, she said. “I was a kid, I was signed up, I was petrified,” #GwynethPaltrow said in an interview, publicly disclosing that she was sexually harassed by the man who ignited her career and later helped her win an Academy Award. She refused his advances, she said, and confided in Brad Pitt, her boyfriend at the time. He confronted the producer, and soon after, #Weinstein threatened her not to tell anyone else. Rosanna Arquettehas a similar account, as does Judith Godrèche, a leading French actress. And Angelina Jolie said that during the release of “Playing by Heart,” #HarveyWeinstein made unwanted advances on her in a hotel room. “I had a bad experience with Harvey Weinstein in my youth, and as a result, chose never to work with him again and warn others when they did,” she wrote in an email. “This behavior towards women in any field, any country is unacceptable.” @geordiewood photographed @gwynethpaltrow in 2014. Visit the link in our profile to read more.

Just when you think you’ve heard of every beauty trend imaginable, nose hair extensions happen. Yes, currently trending on Instagram are photos of women with long nose hair extensions, sprouting out of their nostrils. It would be ill-advised to take this trend seriously, as it runs in the vein of MTV’s Jackass.