Ahead of National Breast Cancer Month in October, Stella McCartney has tapped actress Sofia Vergara as the newest face of her annual campaign to raise awareness for a cause close to the designer’s heart.

Launched on Monday to coincide with the birthday of the designer’s late mother, Linda Louise McCartney, who died in 1998 after a three-year battle with breast cancer, the first part of McCartney’s campaign features Vergara in a limited-edition pale pink Rose Romancing lingerie set from the Fall/ Winter 2018 collection.

According to a statement from the brand, “The Rose Romancing set is something beautiful that provides a positive message to break the taboos associated with Breast Cancer; while also highlighting the fact that each and every person, regardless of where they live, what they look like, or what they believe in, can be affected and deserves access to preventative education, holistic support and advanced breast cancer care.”

Proceeds from the bra (from $145) and brief ($110) — which go on sale Oct. 1 online, at Stella McCartney stores and on sites including Net-a-porter and Shopbop — 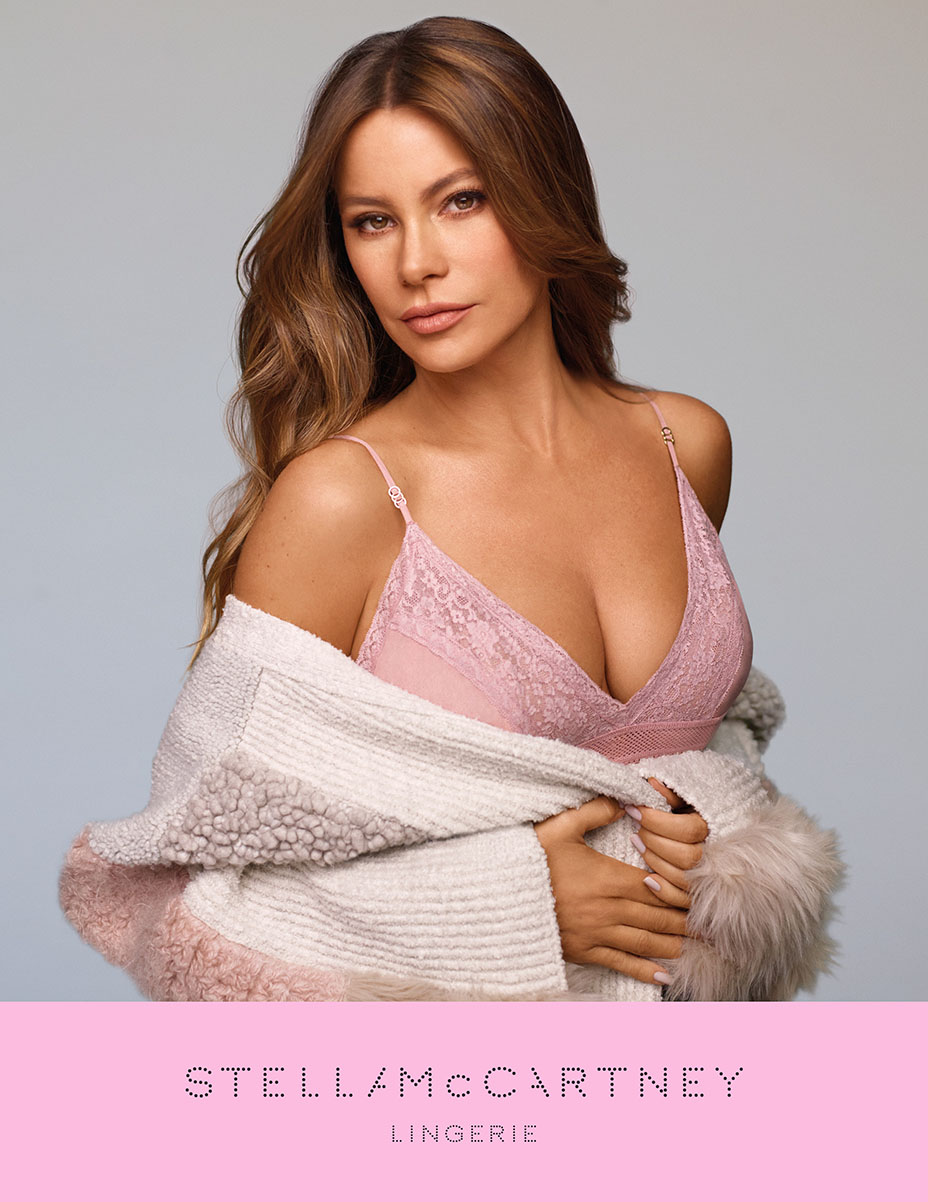 Vergara also lends her voice to the campaign as part of a testimonial film which debuts on the brand’s website on Monday. A personal video from Vergara will be part of an in-store exhibit running from Oct. 8-27 at the brand’s London flagship location on Bond Street to raise awareness and offer support for those affected by breast cancer.

The Modern Family actress is the latest in a line of celebrities to lend their faces to McCartney’s annual campaign; previous supporters include Kate Moss, Cara Delevingne, Alicia Keys and Chelsea Handler. The designer will reveal the second part of this year’s initiative in October.