The fempowerment movement is real — and not just in fashion, where in recent months Hollywood stars have been advocating for women’s rights by wearing Time’s Up sweaters, or in beauty, where Lipslut, Lipstick Lobby and other brands have raised funds and awareness for social causes.

Now, you can send a message with your phone, er, case.

Beginning Aug. 23, L.A.-based company Sonix, a go-to for stylish patterned phone cases and sunglasses, will be collaborating with For All Womankind to launch an official “Femme Fists” phone case line. All proceeds will benefit She Should Run, an organization that promotes women running for political office.

The Femme Fist graphic, which has been shared by Reese Witherspoon, Rihanna, Naomi Campbell and more on social media, was created by Deva Pardue to represent the unification of women, and was printed and worn on shirts and pins during the 2018 Women’s March.

“Hollywood loves to make statements without actually saying anything, which is why our cases have been so popular,” said Sonix CEO Dan Tsai.

The company, which credits its popularity in part to celebrities’ Outfit of the Day (OOTD) mirror selfies, will also offer a case style that has “Women” written four times in bold red letters, a symbol of For All Womankind’s dedication to advancing women’s rights and equality. 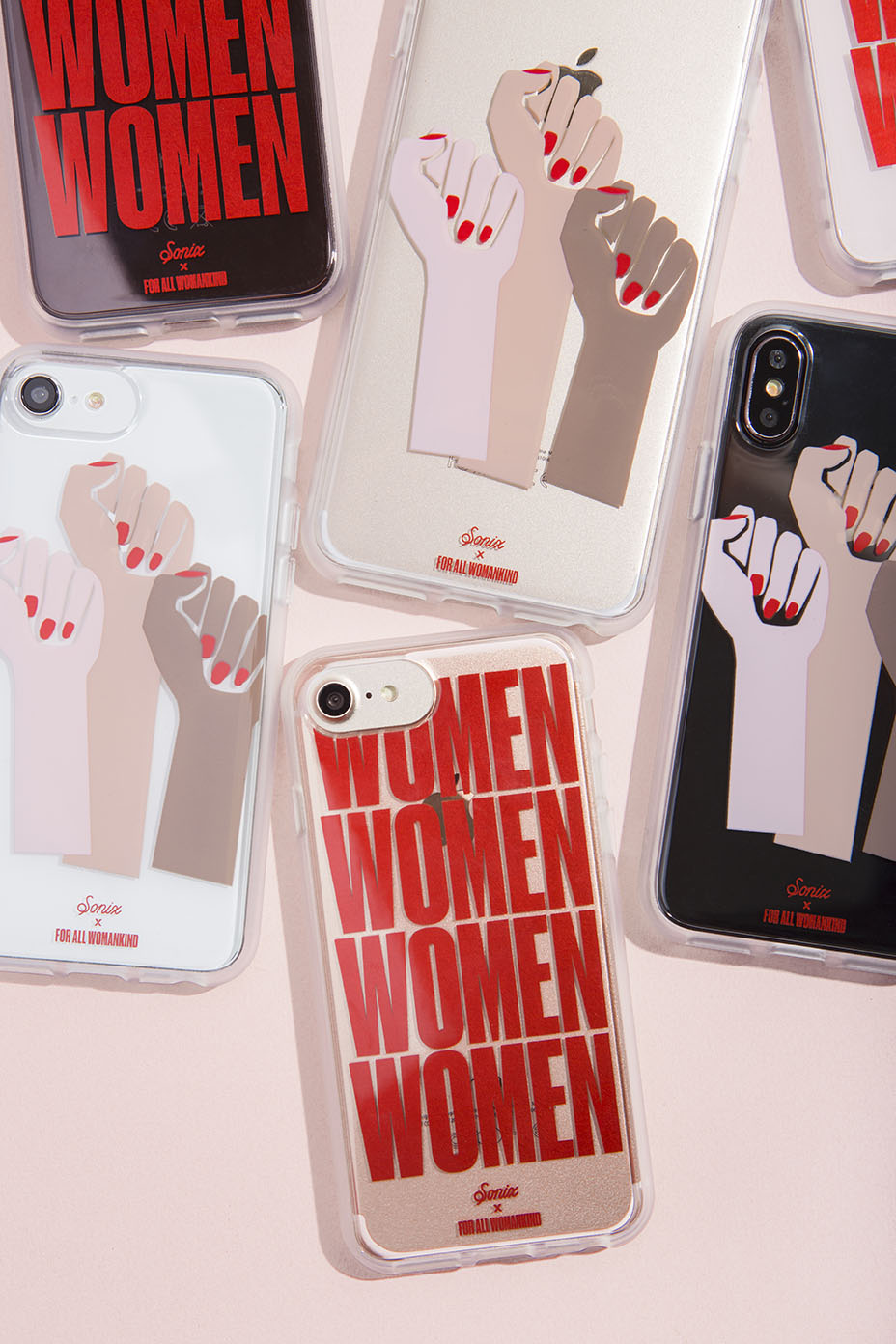 Many stars have shown off their Sonix accessories, including Beyonce, Meghan Markle, Kylie Jenner, Lady Gaga, Lili Reinhart and Hilary Duff. The phone cases range in price from $20 to $65, with the more expensive ones decorated with vibrant Swarovski crystals.

The women-centric brand also has big plans for the future. This fall, Sonix will be launching a stationery collection featuring some of its signature prints. In addition, the company plans to release more statement-focused phone cases during the upcoming holiday season, including a crystal letter case that allows customers to personalize the back of their phones.

Sonix covers can be purchased online and are available at Nordstrom, Anthropologie and Urban Outfitters.