The Spice Girls are adding a little sparkle to their step for their 2019 world tour. During opening night on Friday in Dublin, the singers and their dancers debuted 100 costumes with a total of one million Swarovski crystals.

“It’s an absolute dream job to design for a tour like this, and to be working with such brilliant women as the Spice Girls,” Slade said in a statement. “The use of Swarovski crystals is really important and integral in designing for a pop show — it really elevates the costumes. You can always tell it’s a Swarovski crystal costume, even from the back of the stadium!”

Among the Spice Girls’ costumes are: a shimmering hot pink dress with long train for Baby; a Union Jack gown for Ginger (remember the one she wore to the 1997 Brit Awards?); a long-sleeved leopard-print jumpsuit with deep neckline for Scary; an “Olympian outfit” for Sporty; a purple ombre pleated gown for Scary; a gold A-line minidress with matching long gloves for Ginger; and several pairs of blinged out sneaks for Sporty.

Slade has also worked as a set and costume designer on theater productions, including The Importance of Being Earnest, Spring Awakening and Cinderella.

Swarovski executive board member Nadja Swarovski wanted to collaborate with Slade to “celebrate the amazing, empowering and iconic spirit of Girl Power for the ‘Spice World’ tour,” she said in a statement. “We are thrilled to help magnify the magic and dazzle of this stellar show.”

The tour is set to conclude June 15 in London. See the Spice Girls’ looks, below. 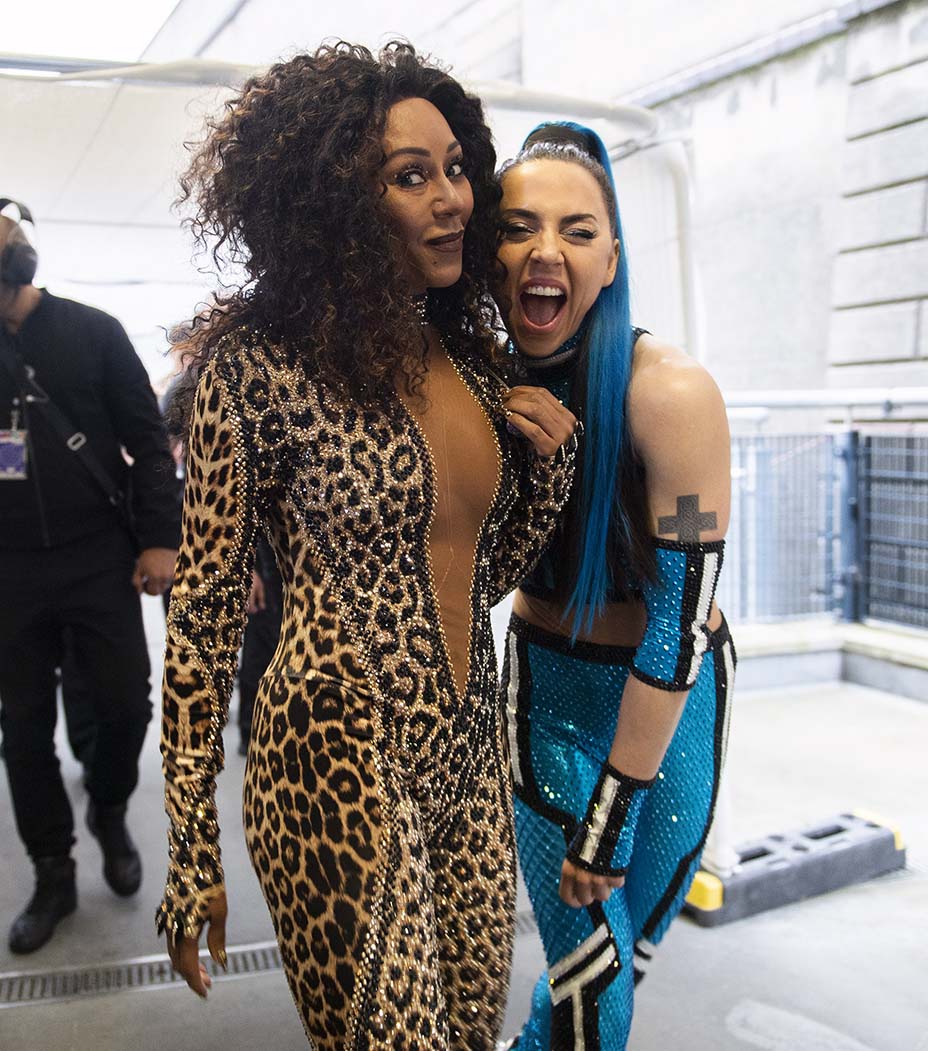 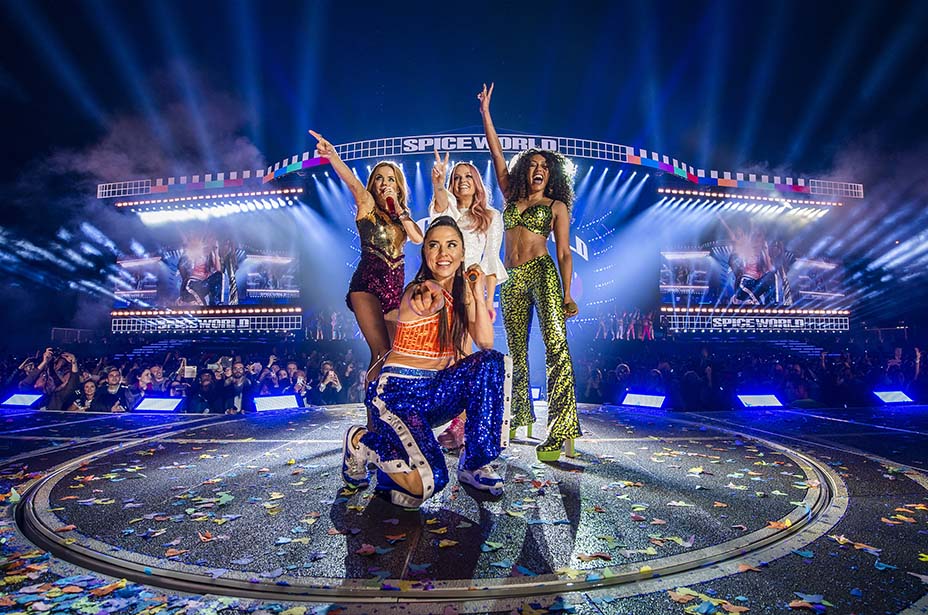 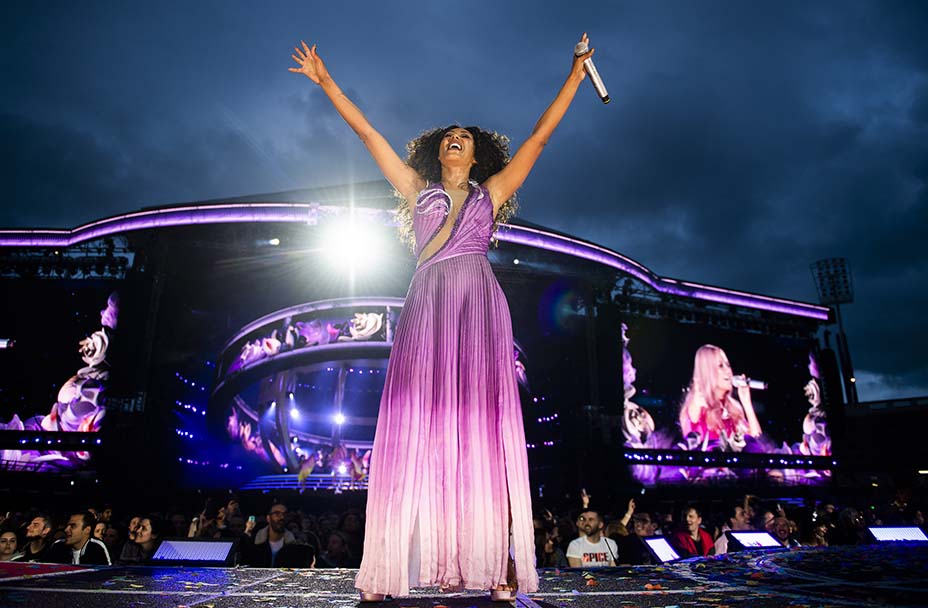 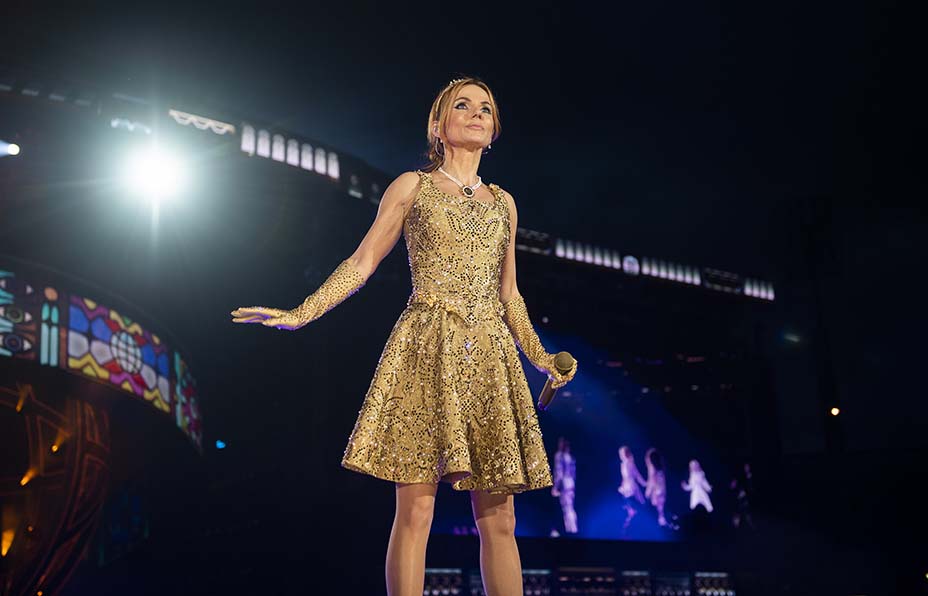 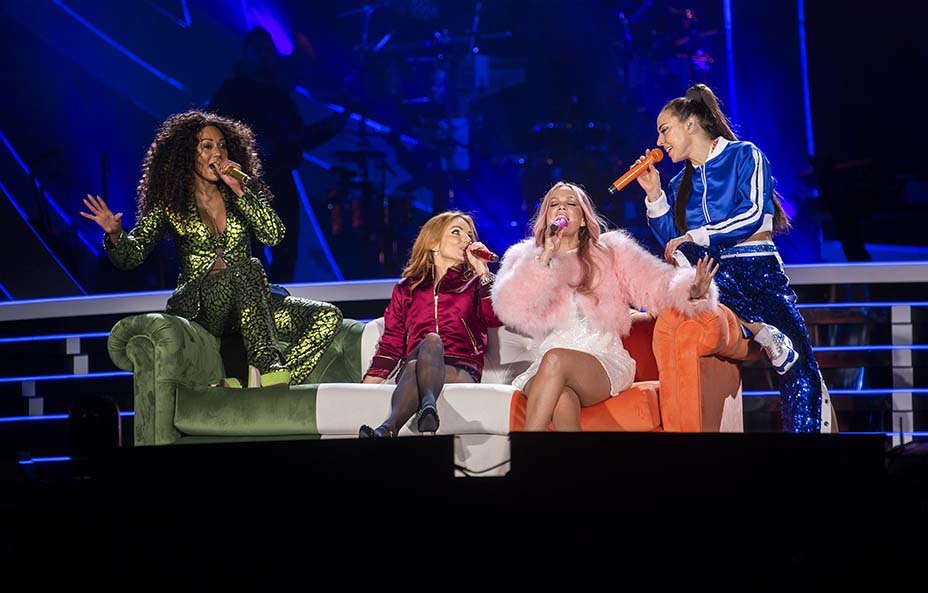 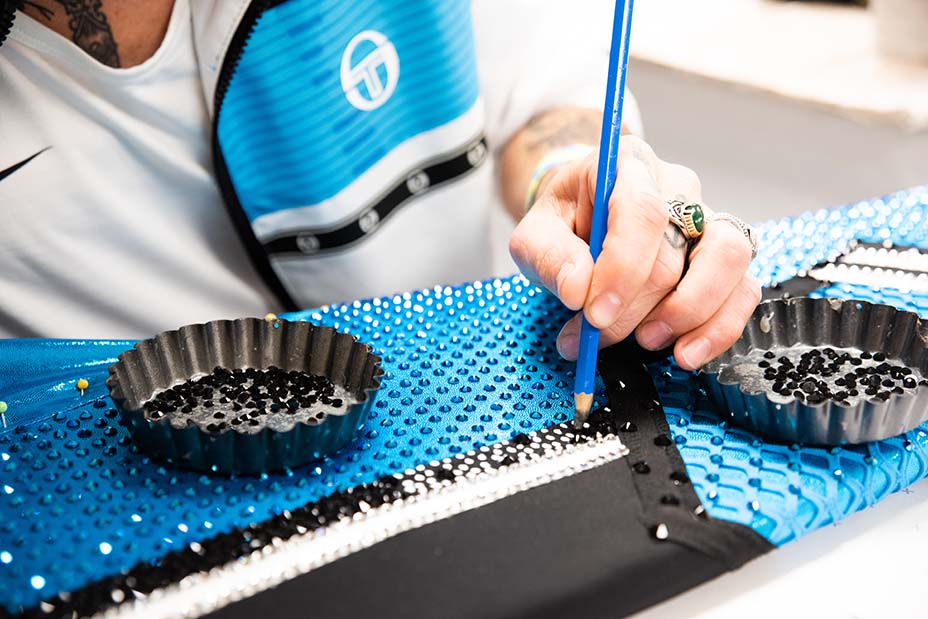 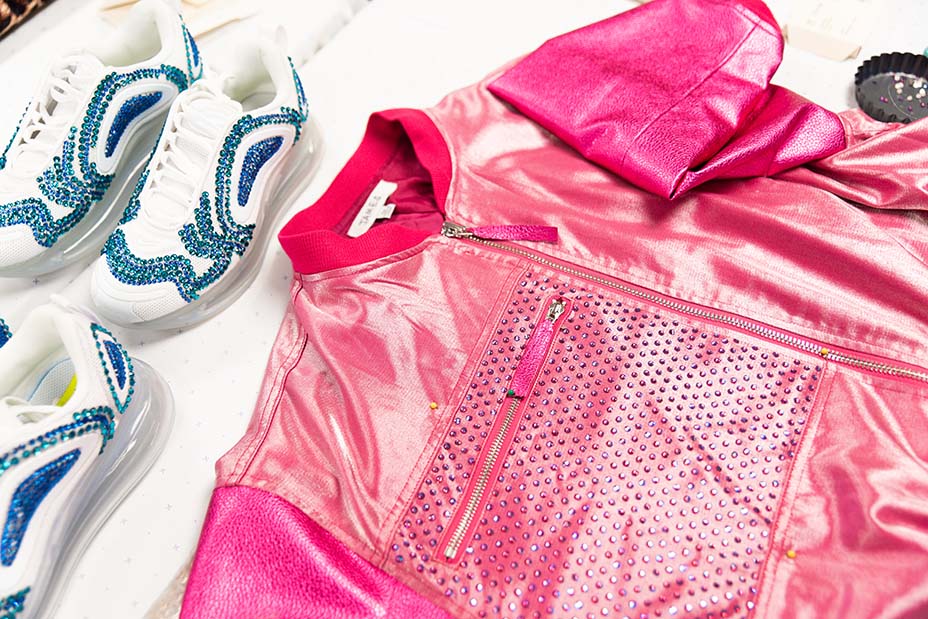 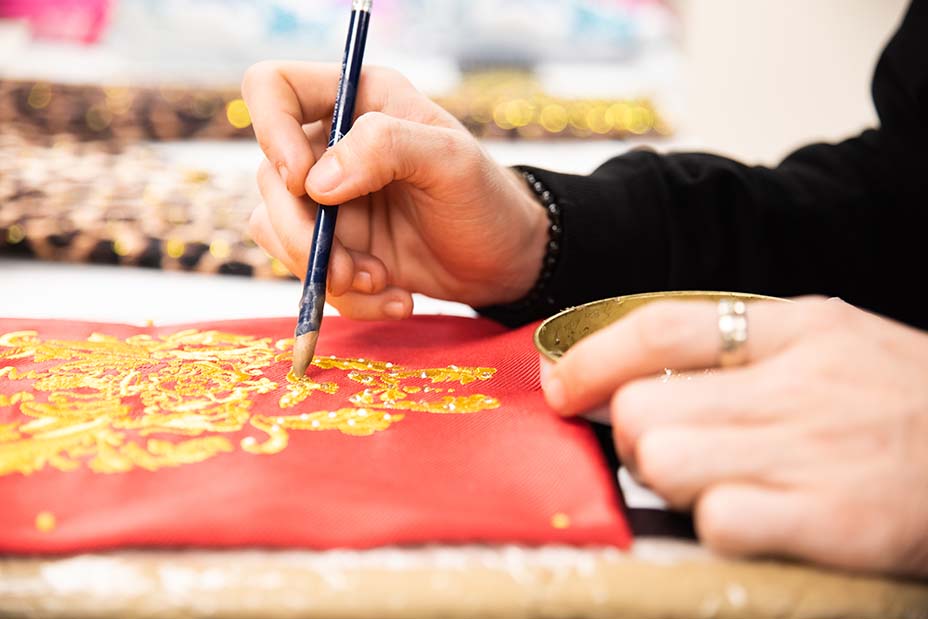 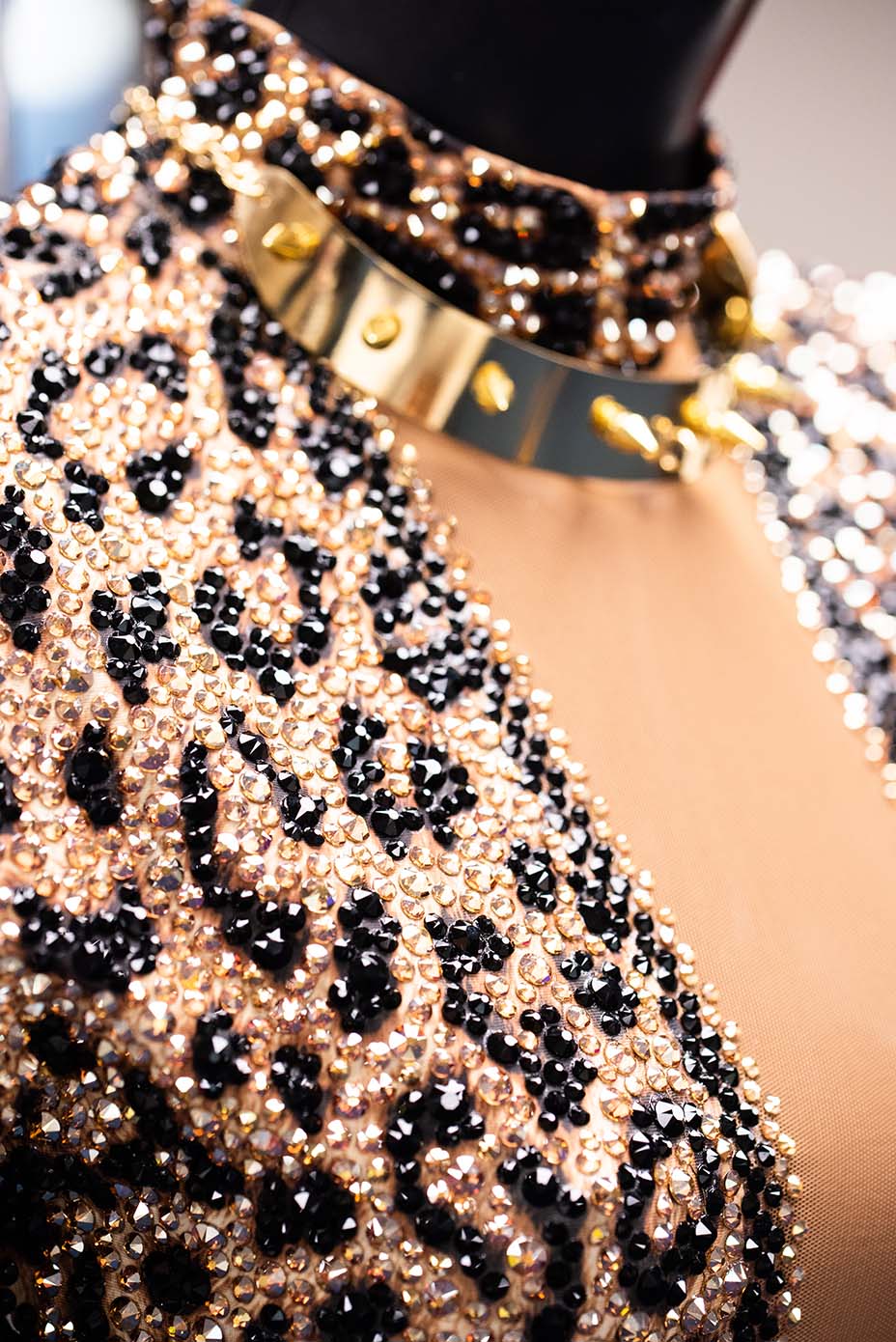 Taron Egerton Gets Gucci-fied as Elton John in 'Rocketman' (Exclusive)