When celebrity hairstylist Ted Gibson and his business partner and husband, colorist Jason Backe, closed the doors to their 13-year-old hair salon in New York’s flatiron district in December 2016, the couple vowed to never open a salon again. But never say never. Fast-forward to present-day, when the pair are readying to turn the traditional salon model on its head with the highly anticipated opening of their technology-driven Los Angeles space, Starring By Ted Gibson, on Tuesday.

“Jason and I decided that model of this big 20-chair salon with 50 employees and $30K worth of retail on the shelves — hoping that the hairdresser would sell it and the consumer would buy it — was changing,” says Gibson, whose $2,000 haircuts have garnered him a star-studded clientele list including Sandra Oh, Melissa McCarthy, Lupita Nyong’o and Priyanka Chopra, to name a few.

The 13 Best Hair Growth Products for Tresses, Lashes and Brows from Hollywood-Loved Brands

That spring, Backe and Gibson decided to make another life-altering decision: to pack their bags and move from New York to Los Angeles. “It’s the place to be for creative in fashion and beauty. There was a time when New York was the only place that that was really prevalent. With the onset of social and everything with the influencer, it just made sense that Los Angeles would be the place we would be,” adds the hairstylist, whose own star turn came in the form of the reality makeover show What Not to Wear, which ended in 2013.

Before long, the duo found themselves eyeing locations for a West Coast space, with a mission to disrupt the salon and hair industry. They shied away from Beverly Hills — home to the majority of the city’s high-end hairdressers — and landed on an 1,100 square-foot space on La Brea Avenue. “We feel it’s the hottest corridor in Los Angeles right now,” says Backe, who charges $450 for 30 minutes of colorist service. 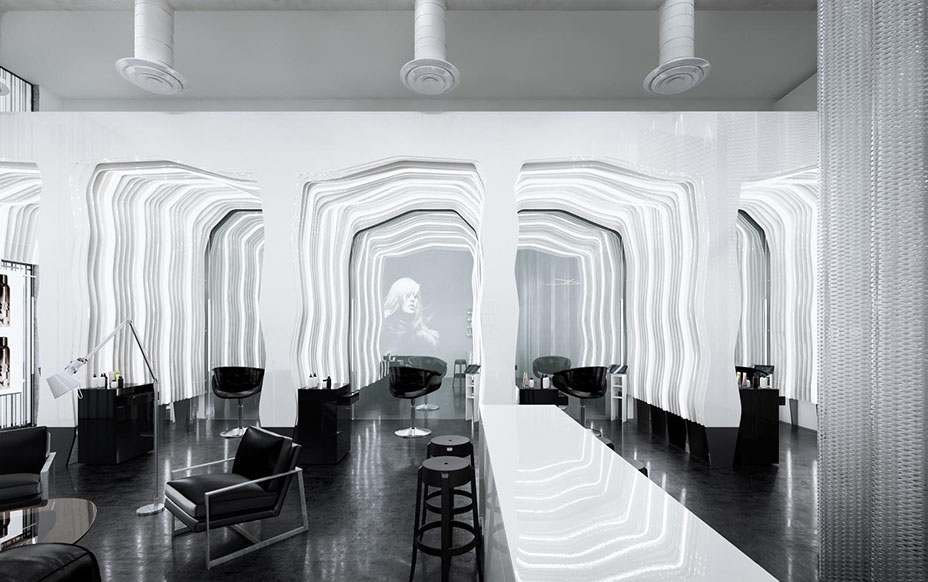 “Women have a choice now — she can go through five different apps and have someone come to her house to have her hair done. So if she’s going to leave her house, it has to be an exceptional experience,” says Gibson. Turning to their clients for input, the duo began to conceptualize the idea of an experience-driven salon powered by Amazon and its virtual assistant, Alexa.

The name, Starring By Ted Gibson, stemmed from a conversation about astrology and making plans for the future, as well as the idea that the salon can create the perfect camera-ready moment for anyone who is, or wants to be, Insta-famous. 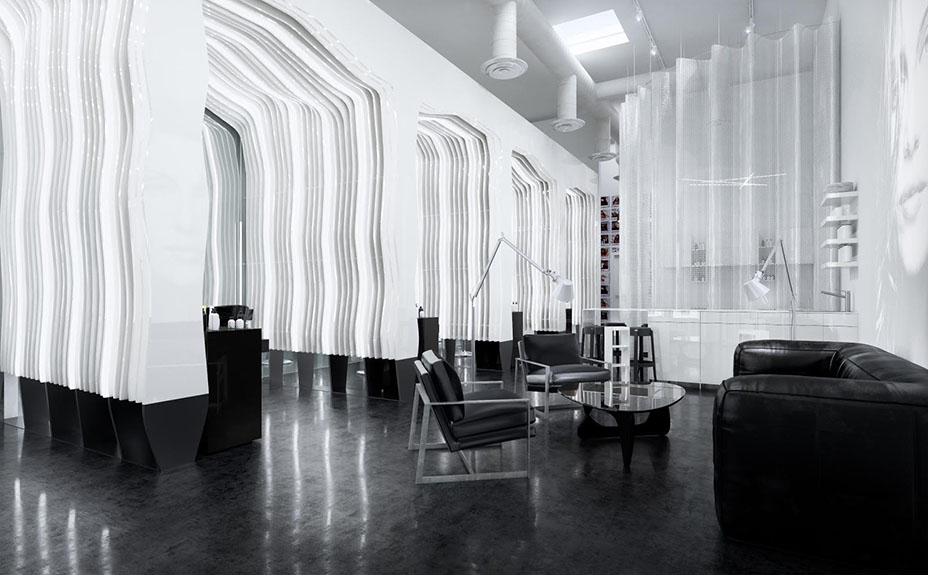 Inspired by a first-class cabin experience on an airplane, the salon — designed and partially conceptualized by Francisco Gonzalez Pulido of Chicago architecture firm FGP Atelier — features five semi-private pods (dubbed “Clouds”) in the place of traditional styling stations. Inside each pod, the client “can feel like everything is designed specifically for them,” explains Gibson.

Five different shades of ambient light, envisioned by Backe, allow for clients to see their hair color in different situations, from sunrise to dark. “I can say, ‘Alexa, show me Moonlight in Cloud 2,’” says Backe. Another set of customizable lights offers different options to set the mood. Each space is also outfitted with an Amazon Fire tablet and smart speakers.

And the state-of-the-art experience doesn’t stop there: In lieu of a reception desk, customers will book and pay for their appointments through an app. Clients and passersby can also buy products hand-selected by Backe and Gibson in an interactive window display using the Amazon app to scan the SmileCodes (everything in the salon is shoppable, says Backe, down to the espresso machine).

That also includes the first product in the Starring By Ted Gibson line — Shooting Star Texture Meringue, which launched last year on Amazon. Gibson and Backe plan to roll out up to five additional products in the next two years.

“We are trying to really reinvent the whole guest experience in the salon,” says Backe. “People won’t come in wondering if they’ll get good hair; we’ve already got a reputation of being great colorists and hairdressers. It’s going to be more, ‘How is this experience so different and how can I feel amazing?’”