He always has had style chops, both onscreen and off. Who else could pull off a baby blue costume with a cape as Star Wars‘ intergalactic cowboy Lando Calrissian? Even today, 60 years after his first film appearance in 1959’s The Last Angry Man, the 82-year-old Billy Dee Williams is turning himself out in colorful jackets and often a scarf, his trademark of sorts, dashingly slung ascot-style.

“I guess everybody kind of knows that I’m into being fashionable,” says Williams, whose memorable looks over the years also include ’30s-style pinstripes in 1972’s Lady Sings the Blues, shearling jackets and a ‘stache in 1975’s Mahogany and all those sharp-shouldered ’80s suits in Dynasty. “I was just looking at some pictures of myself when I was a little boy in an Eton suit with the short pants and little tie. Everything has kind of evolved from there.”

'SNL': Eminem Puts Pete Davidson in His Place During 'Forgot About Dre' Parody

With the Dec. 20 release of Star Wars: The Rise of Skywalker, Williams once again is suiting up in the role of Lando, as well as preparing for premieres in Los Angeles, New York and London. What better time to introduce him to THR men’s fashion contributor Andrew Weitz for a red carpet consultation? Weitz, coincidentally a major Star Wars fan — he even had an R2D2 figure roll down the aisle at his wedding “in a yarmulke and bow tie” — jumped at the chance. They found a lot to talk about. 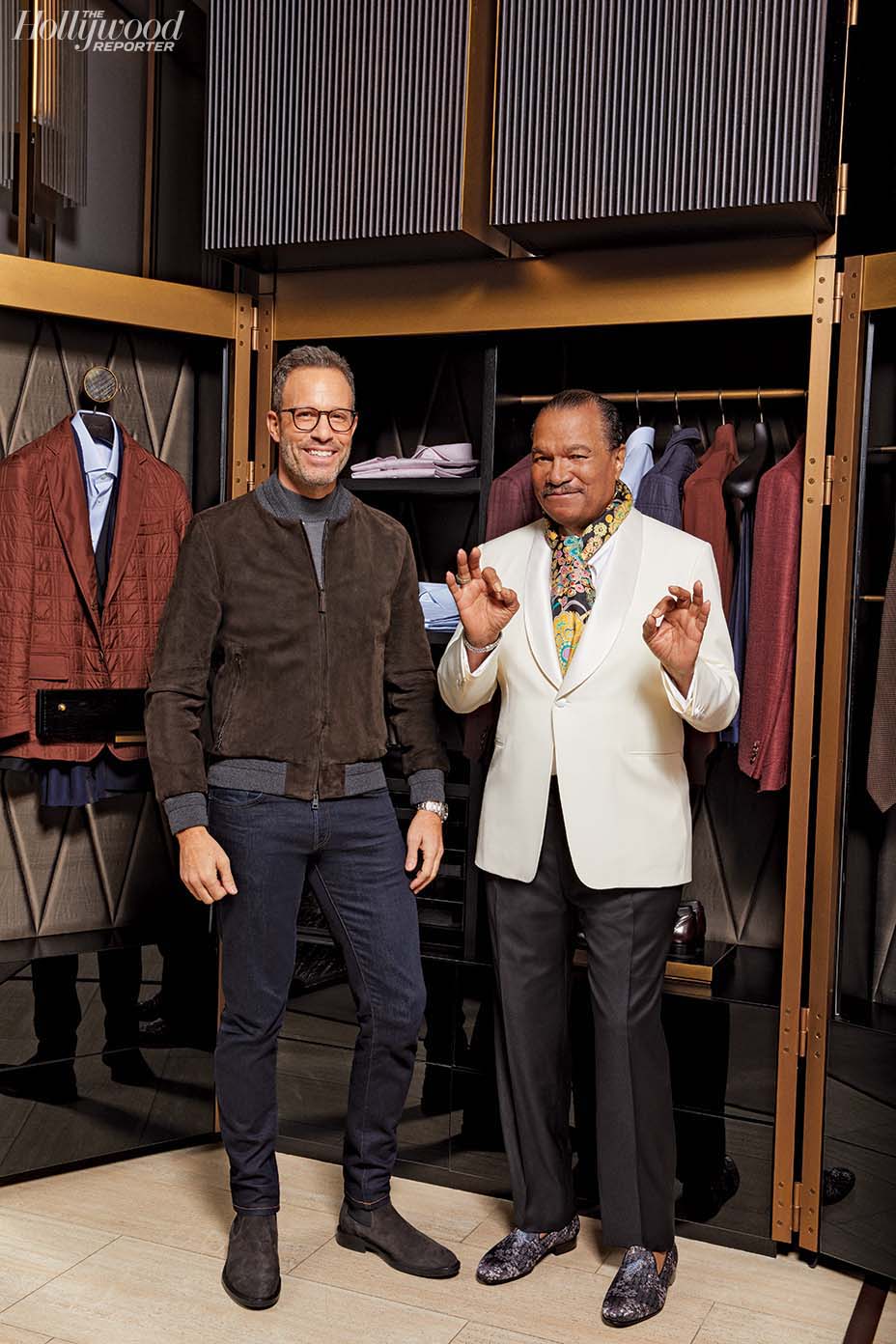 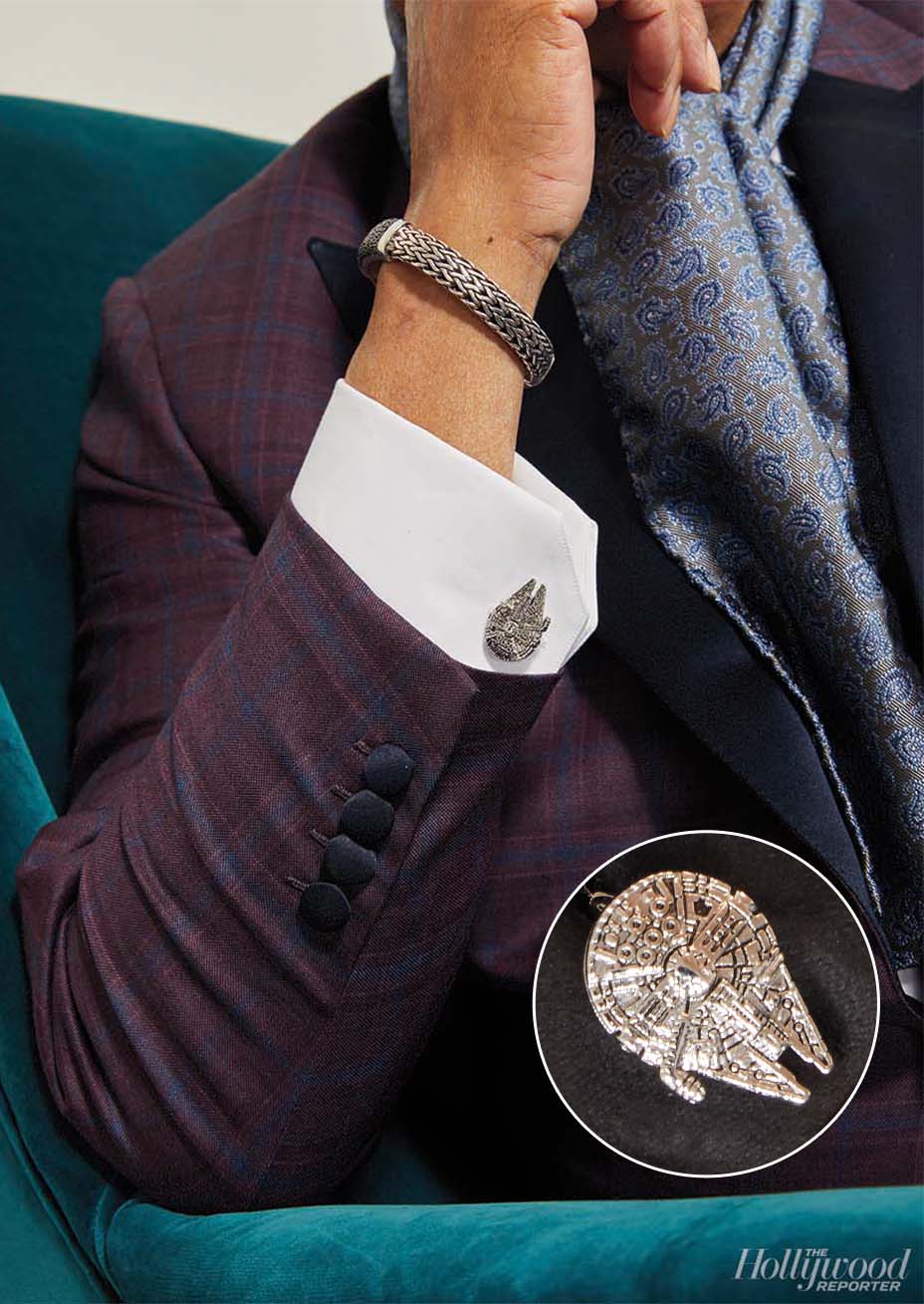 Weitz decided to call on one of his favorite Italian brands, Brioni (celebrating its 75th anniversary this year), to outfit Williams in Brioni Bespoke for the Dec. 16 L.A. premiere of Skywalker.

At first, Weitz thought about doing a take on Lando’s original blue uniform but nixed the idea as “a little too corny.” Instead, Weitz and Williams chose a woven plum plaid with a shot of blue as fabric for a dinner jacket. “You wouldn’t find this kind of jacket off the rack,” says Weitz. (Bespoke dinner jackets at Brioni can start at $6,450.) “We paired it with a custom dark navy evening trouser, and we did a satin lapel on the jacket in navy to complement the pant.” 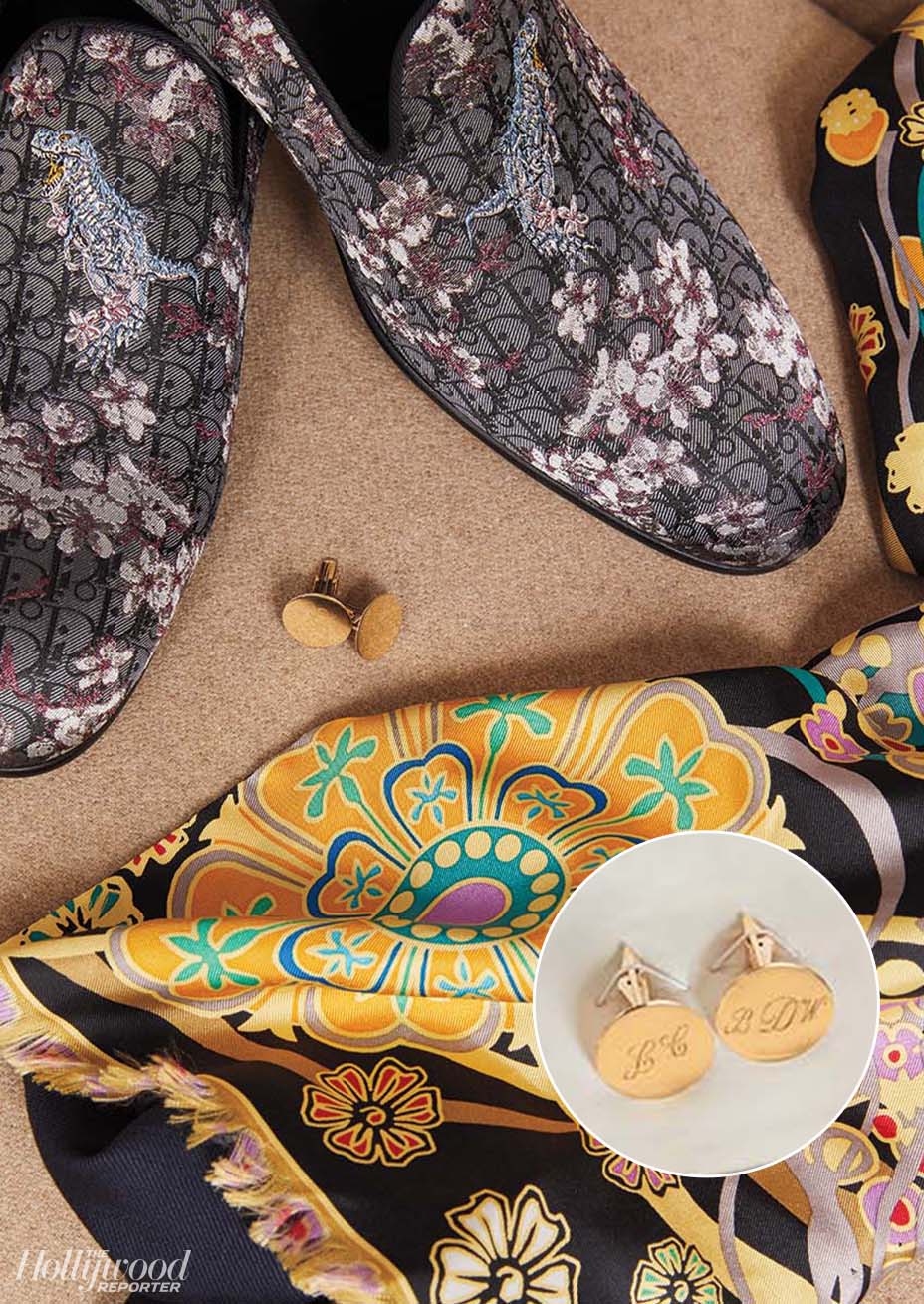 The two then decided on a collarless white formal shirt, and Weitz had Brioni make a selection of custom scarves. For the L.A. premiere, they picked a paisley silk, shot with gold, that subtly resembles the inside of Lando’s famous cape. An explicit shout-out is a pair of silver Millennium Falcon spaceship cuff links. Williams showed up with his own velvet Tom Ford evening slippers, and the pair agreed to go with a bare-ankled look. Williams calls the outfit “very fashionable, contemporary in its feel. I think the scarf made it really pop.” 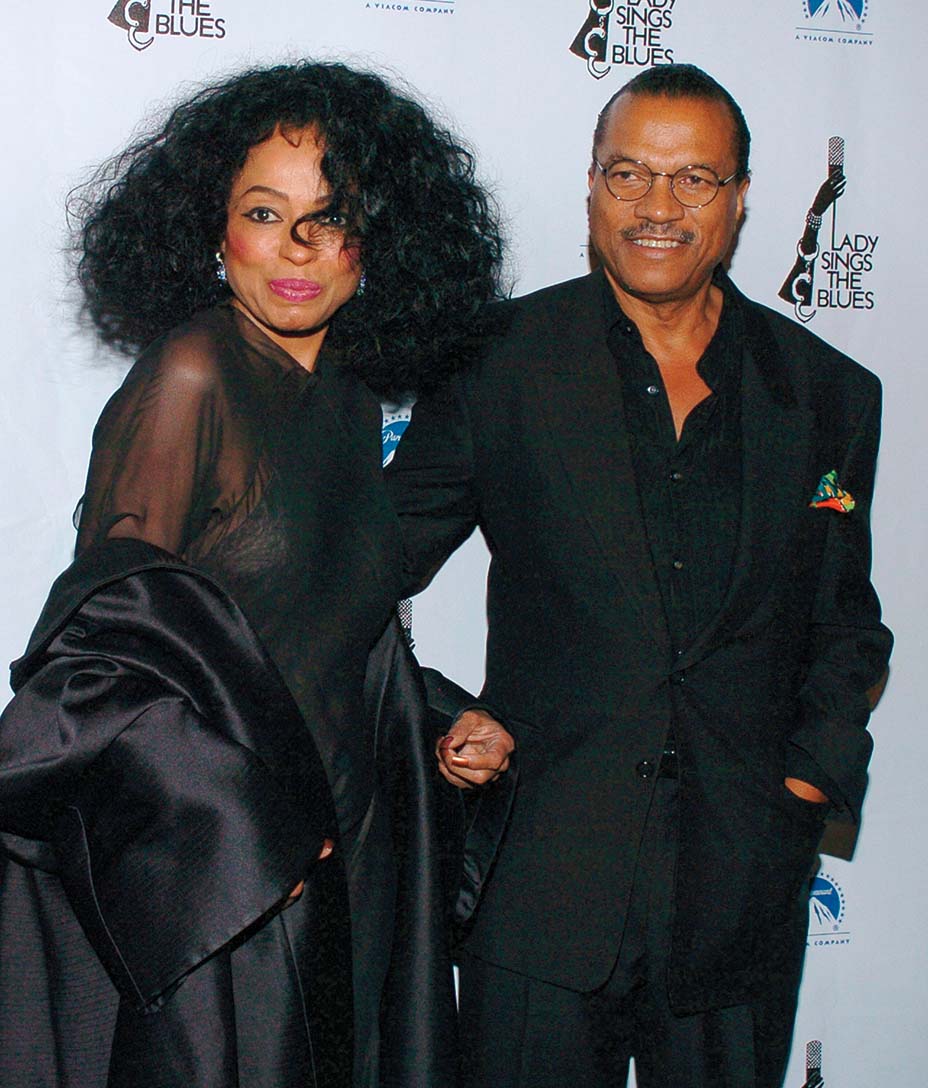 When Williams, a married father of two grown children who lives in Studio City, returned to the store for his final fitting, a second option caught his eye to likely wear at another premiere: Brioni’s rendition of a timeless ivory evening jacket with a shawl collar fit the star beautifully. Weitz paired it with black evening trousers, another custom scarf in a floral pattern and a pair of Dior silk loafers. “Even a little bit dressed-down with a scarf, it is just so movie star,” Weitz says.

So how does Williams, who last played Lando on the big screen in 1983’s Return of the Jedi, feel about taking up the role again? “It doesn’t seem like the time has really passed. The whole Star Wars experience is ongoing,” he says. “Listen, I’m having a good time. What’s that song that Sinatra used to sing? ‘And I did it my way.’ “ 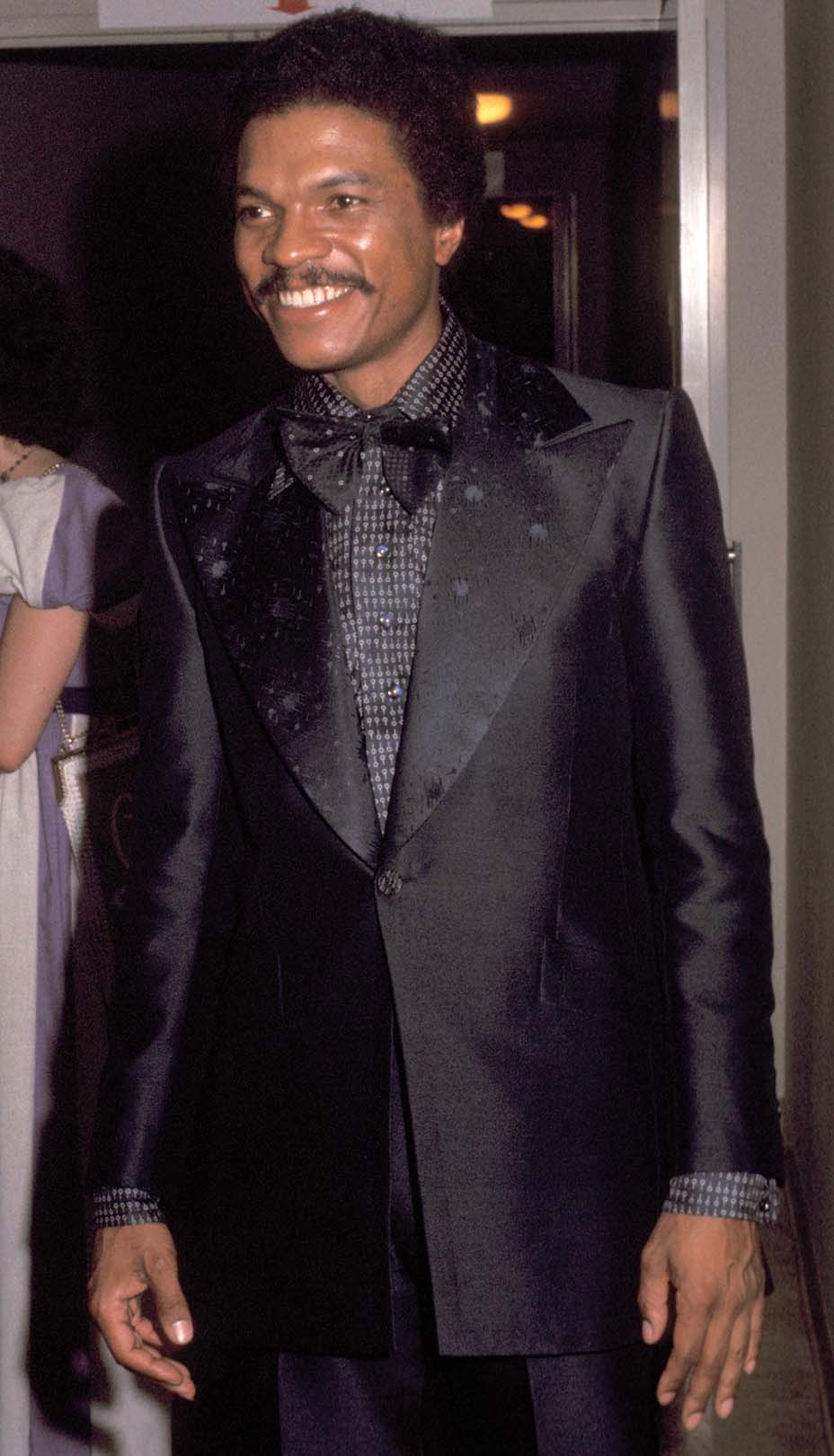 Dressing with flair started early for Williams. He remembers his father buying him a zoot suit in the mid-1940s with the long jacket and high-waisted pegged pants. Williams was 7. “My father bought it, and my mother was totally outraged. My father had a great sense of humor.”

That was around the time that Williams, who grew up in Harlem, made his Broadway debut in 1945’s The Firebrand of Florence. “Being on Broadway at the age of six and a half in a musical by Kurt Weill and being onstage with Lotte Lenya helped develop my whole sense of fashion,” he says. Later on, Williams started reading about Beau Brummell, the Regency-era dandy who brought men out of breeches and into trousers, forerunners of the modern men’s suit. “Everything we wear today is so reflective of what Brummell created,” he observes. “When I was growing up in New York, I used to frequent thrift shops. That was my favorite thing to do, looking for old 1930s suits. I loved that kind of stuff.” 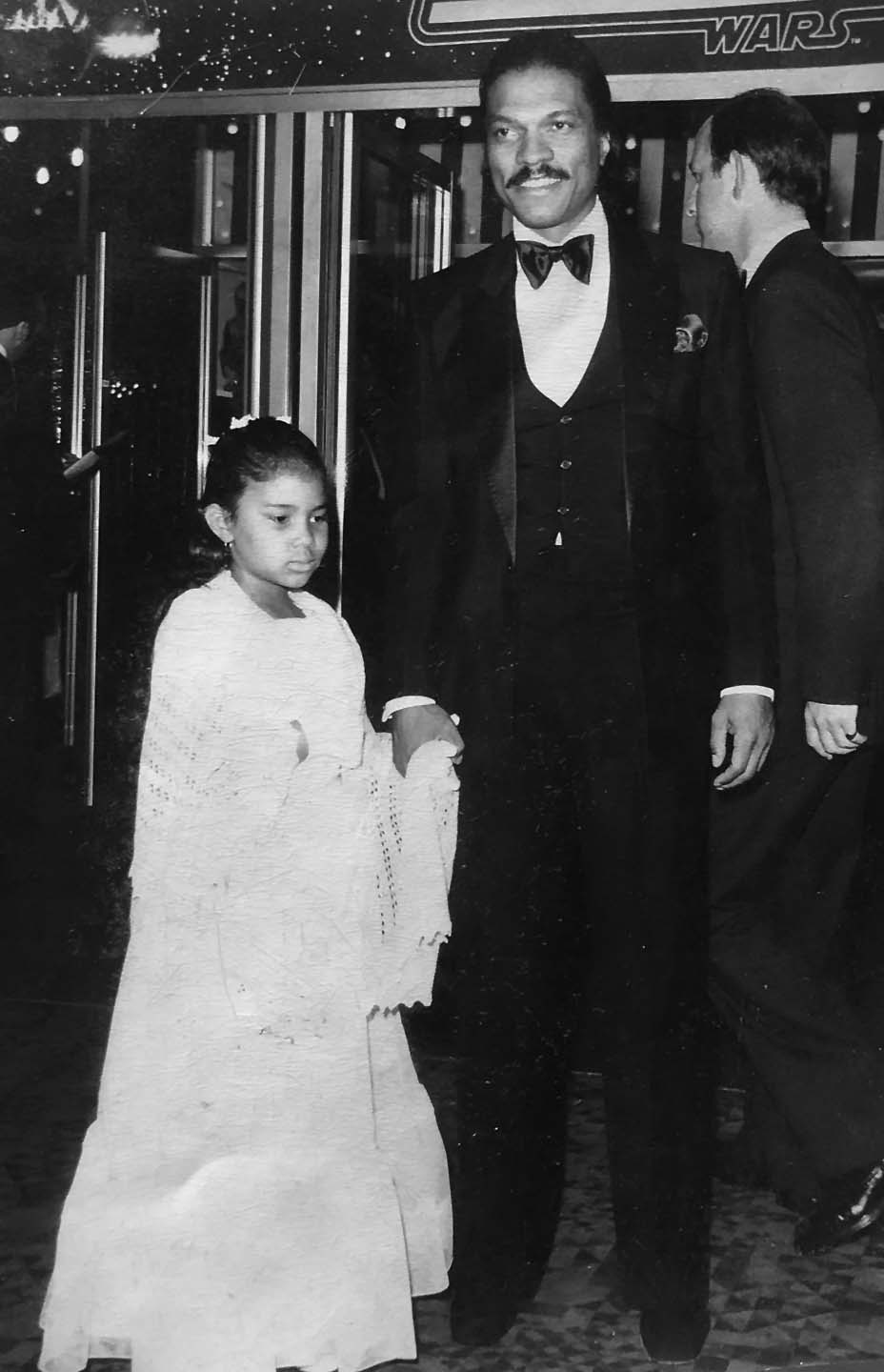 Williams also is a serious painter, with works — many of his canvases are jazz-inspired figurative pieces — in the Smithsonian and New York’s Schomburg Center for Research in Black Culture. He’s always approached dressing with an artist’s eye. “If I’m not at work on a canvas, then I’m using myself as a canvas,” he says. “Give me a credit card or a few bucks and find me a clothing store and I’m in heaven.”

Williams mostly has a tailor (Suits by Serj) make his clothing, enjoying the process of collaboration. “I love designing stuff myself and coming up with ideas; I should have been a fashion maven,” he laughs. “Maybe it’s not too late.”