Continue to The Hollywood Reporter SKIP AD
You will be redirected back to your article in seconds
Skip to main content
April 19, 2017 10:24am

Stella McCartney was in Los Angeles on Tuesday to support a charity that’s near and dear to her — H.E.A.R.T. (Helping Ease Abuse-Related Trauma), a group whose sole purpose is to support the largest child abuse clinic in the country, the Violence Intervention Program (VIP) at the Los Angeles County + USC Medical Center.

McCartney told The Hollywood Reporter that she visited the center earlier in the week with her two girls: “It’s a great place, and it gives you a lot of hope. It’s devastating this is the biggest year in need for the center. But at the same time, there is so much love in the building, and that’s the first thing that’s needed when people go there.”

Hope was the theme of the day. “Most children feel no one is looking after their happiness,” Heger told the crowd, recounting stories of the kids who end up on her doorstep, including a boy, Elijah, age 4, who “had hope in his eyes but was beaten beyond belief. He still put his arms out to me to pick him up,” she said. “Or the 7-year-old who is never sure enough to answer a question, and her eyes shuttle to her mom because she is so afraid. 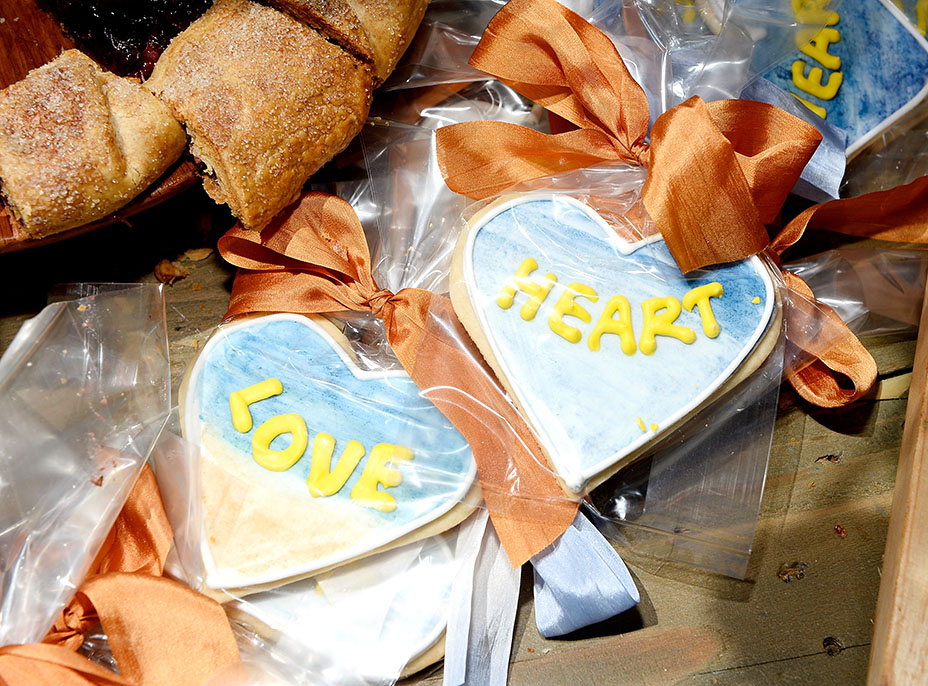 “It’s giving hope that clears those eyes,” Heger said, adding that her clinic, which now encompasses 150,000 square feet over two campuses, has helped 18,000 people. “Whatever we raise goes to essential non-essentials that support women and children who are victims of domestic violence.” 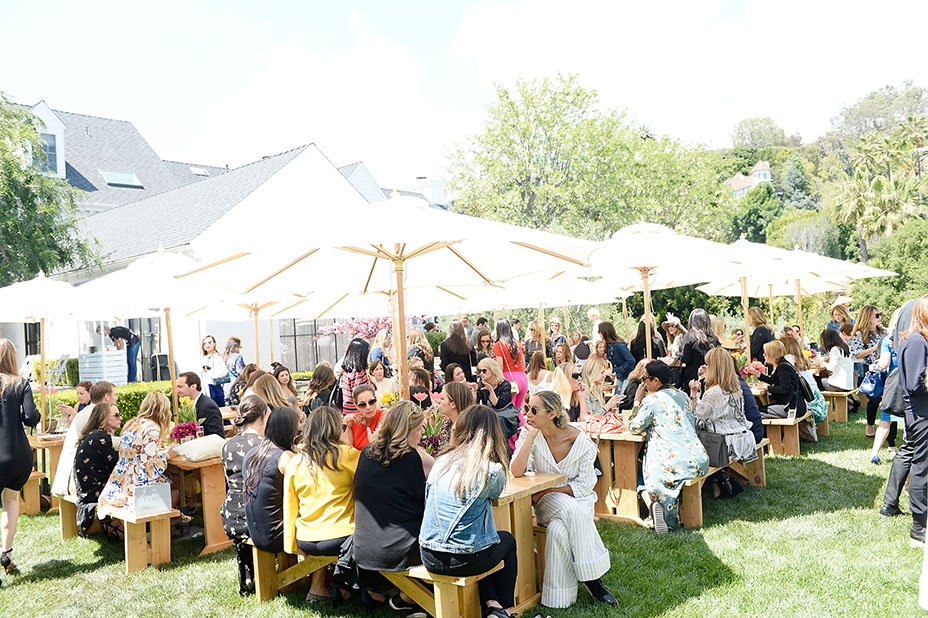 Following the speeches (and a few tears), guests headed upstairs for some private shopping with McCartney at a pop-up shop in the garden (a portion of the proceeds go to benefit the charity). Lunch (catered by Gjusta) was served, and ladies fought over the label’s new spring bag, the Falabella box wicker mini, signature platform Elyse brogues and a Geraldine corset top, which one fan who came dressed in it enthused is “my favorite top I’ve ever worn.” 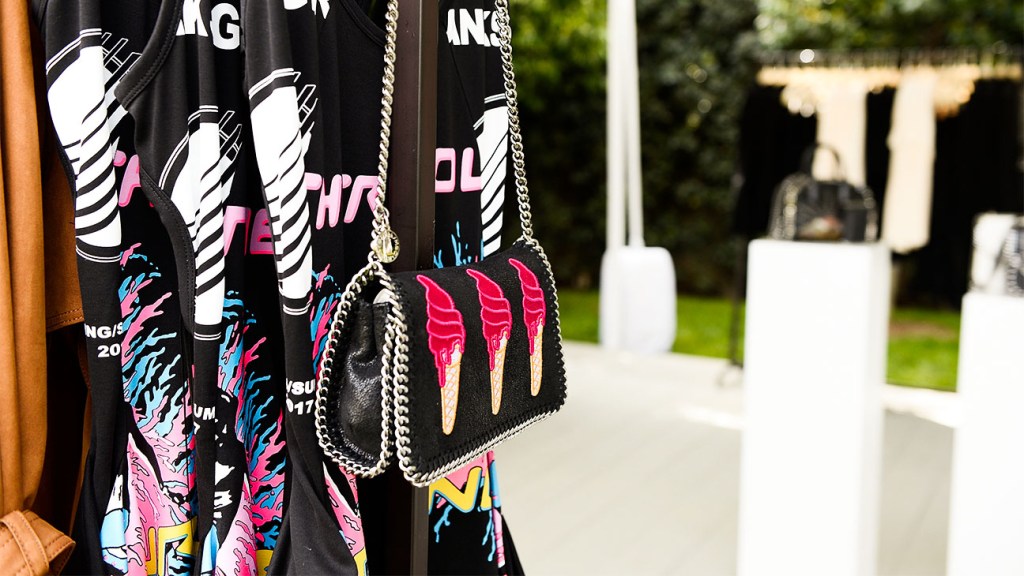 The first weekend of Coachella was still on the mind of some, but not all. “I went to Oldchella, the one with Dad [her father Paul] — that was enough,” said McCartney, who has been in L.A. spring-breaking instead. Minnie Mortimer also skipped out on the music festival, opting instead to attend the Bombay Beach Biennale with her friend, artist Kenny Scharf. “It’s this post-apocalyptic wasteland,” she said. “It’s the anti-Coachella.”