You could say she hosted her own Stellachella.

Stella McCartney held an epic, music-filled fun fest Tuesday night in Hollywood with a performance by none other than dad, Sir Paul McCartney (who joined Dr. Pepper’s Jaded Hearts Club Band onstage for a banging rendition of “Helter Skelter”).

Held at the iconic SIR (Studio Instrument Rentals) Studios in Hollywood, which is celebrating its 50th anniversary this year, the event was a celebration of the fashion designer’s men’s and women’s autumn/winter 2018 collections, that had models dancing onstage and rocking out to performers Leon Bridges, St. Vincent, Beck, Grimes and others.

The crowd was art, fashion, Hollywood and music-world heavy. Paul McCartney greeted old pal Ringo Starr with a hearty hug. Kiernan Shipka and Selma Blair, twinning in African print dresses and platform brogues from the designer’s spring collection, were all smiles near the neon “Stella” letters that greeted guests at the entrance, while stylist Karla Welch took in the timely Time’s Up neon sign with Amy Poehler down the hall.

David Hockney was roaming the neon-filled rooms with stylist George Blodwell (the stripe-loving Brit-Cal artist whose blockbuster retrospective is coming to L.A. next year has known Stella since she was a girl, he said), and TV writer Maria Bell was decked out in Stella’s latest collection pieces designed in collaboration with one of her favorite artists, Urs Fischer.

At the power table to the left of the stage, Stella held court with her dad, Ringo, David Lynch, Hockney and others. The designer was as excited as anyone else to see the rock n’ roll legends in the room, darting away to say hello to one of her faves.

“The thing is, I’m so comfortable in a rock n’ roll environment, possibly more comfortable than in a fashion environment, that when I see the guitarist for the Foo Fighters I’m like, ah!,” she said. “I love his name is Pat Smear. I’m like, I get it! I know what you’re doing.”

“For us, any historical music location in L.A. is somewhere we feel very at home,” she said, adding, “And all my friends seem to have moved here.” (Two years ago, the designer hosted a collection preview and party at Amoeba Records in Hollywood.)

On the Time’s Up initiative (the designer dressed The Crown’s Claire Foy in a custom black tuxedo for the all-black Golden Globes), the famously animal rights and sustainability-minded designer said, “Equality is such a big thing for me, and finding courage for men and women to be equal. Next is the fashion industry, we are all in this together.”

In the back room lined with glass cases full of hot guitars and horns, McCartney showed her men’s and women’s collections on groups of models, while stars sipped “Paul McCartney’s favorite margaritas” (made with Casa Dragones tequila). Katy Perry posed with silver-haired model (and mother of Elon) Maye Musk, while stylist Jeanne Yang admired the white Stella McCartney leisure suit worn by BORNS. “He’s like the next David Bowie,” she said of the 26-year-old pop singer’s style.

Among the collection’s ath-boudoir fashion hits were Adidas Originals sports jerseys rendered in black lace, lacy slip dresses and party-ready jumpsuits, fugly Dad sneakers (they are all the rage) and a clutch with the cheeky slogan, “No Smile, No Service.” The women’s collection will be in stores in May, with the men’s following in June. 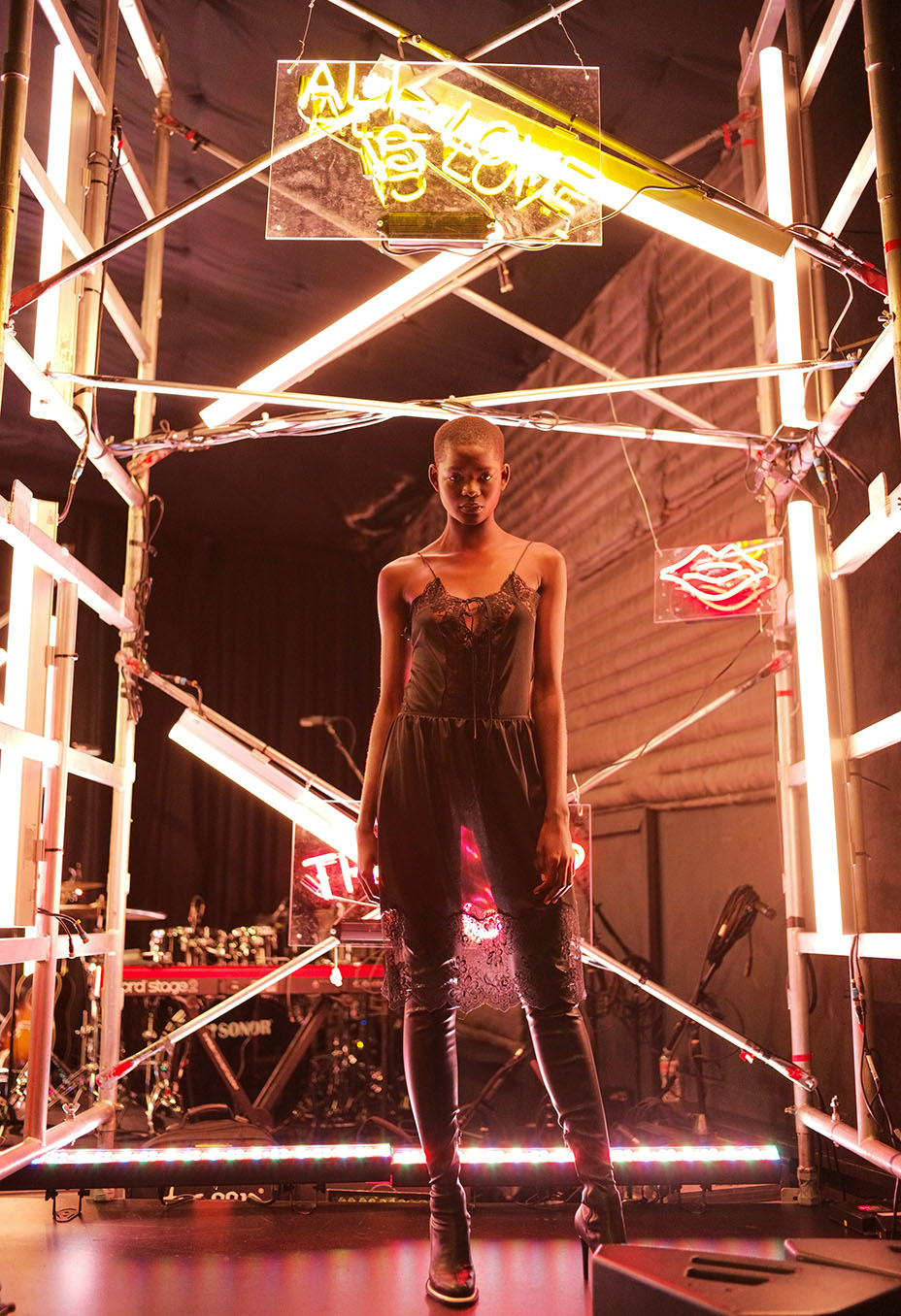 Beck took the stage a little after 11 p.m. with the Compton Kidz Club choir, leading them in a rendition of “Like A Ship Without A Sail,” before moving into a song for Stella. “Let’s pretend it’s her prom,” he joked, crooning, “I Only Have Eyes For You.” Indeed. 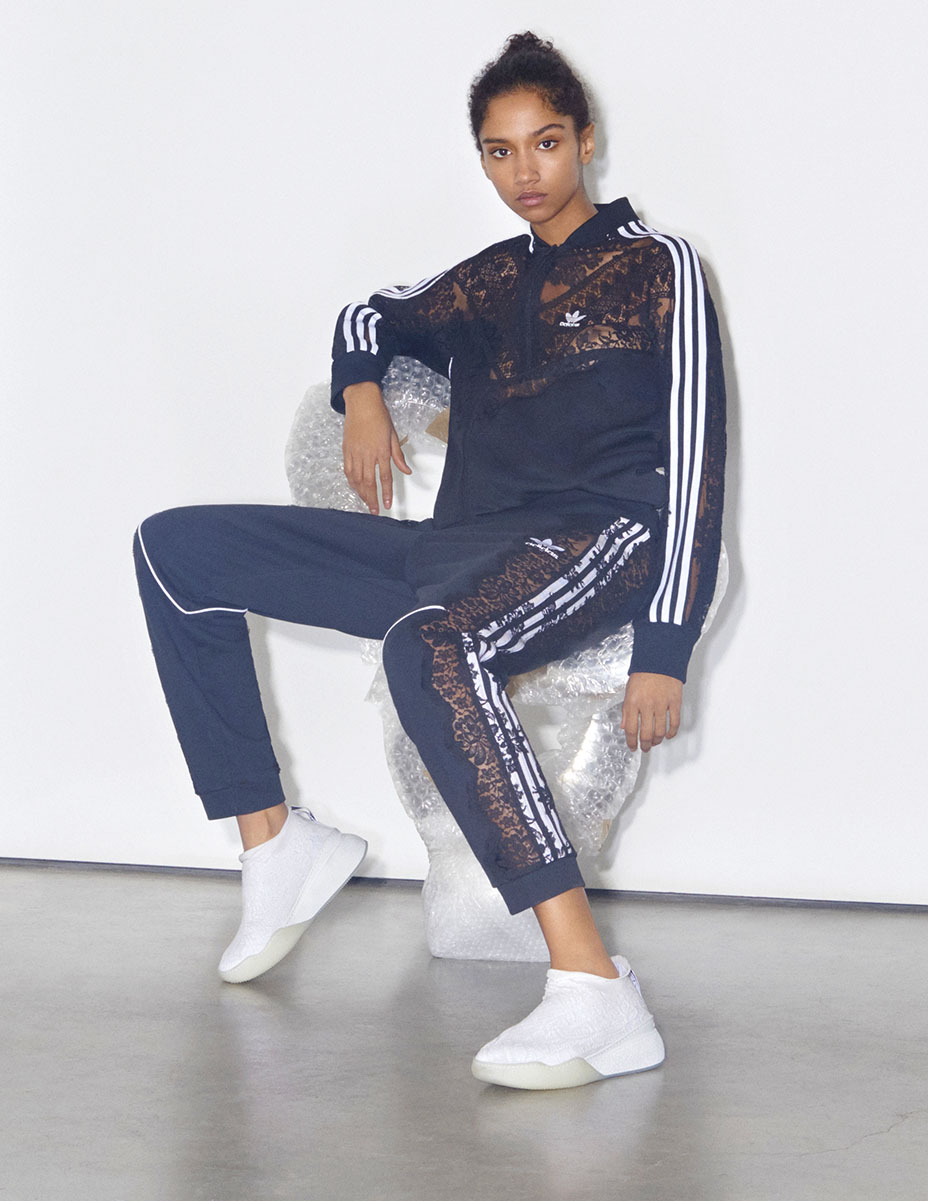 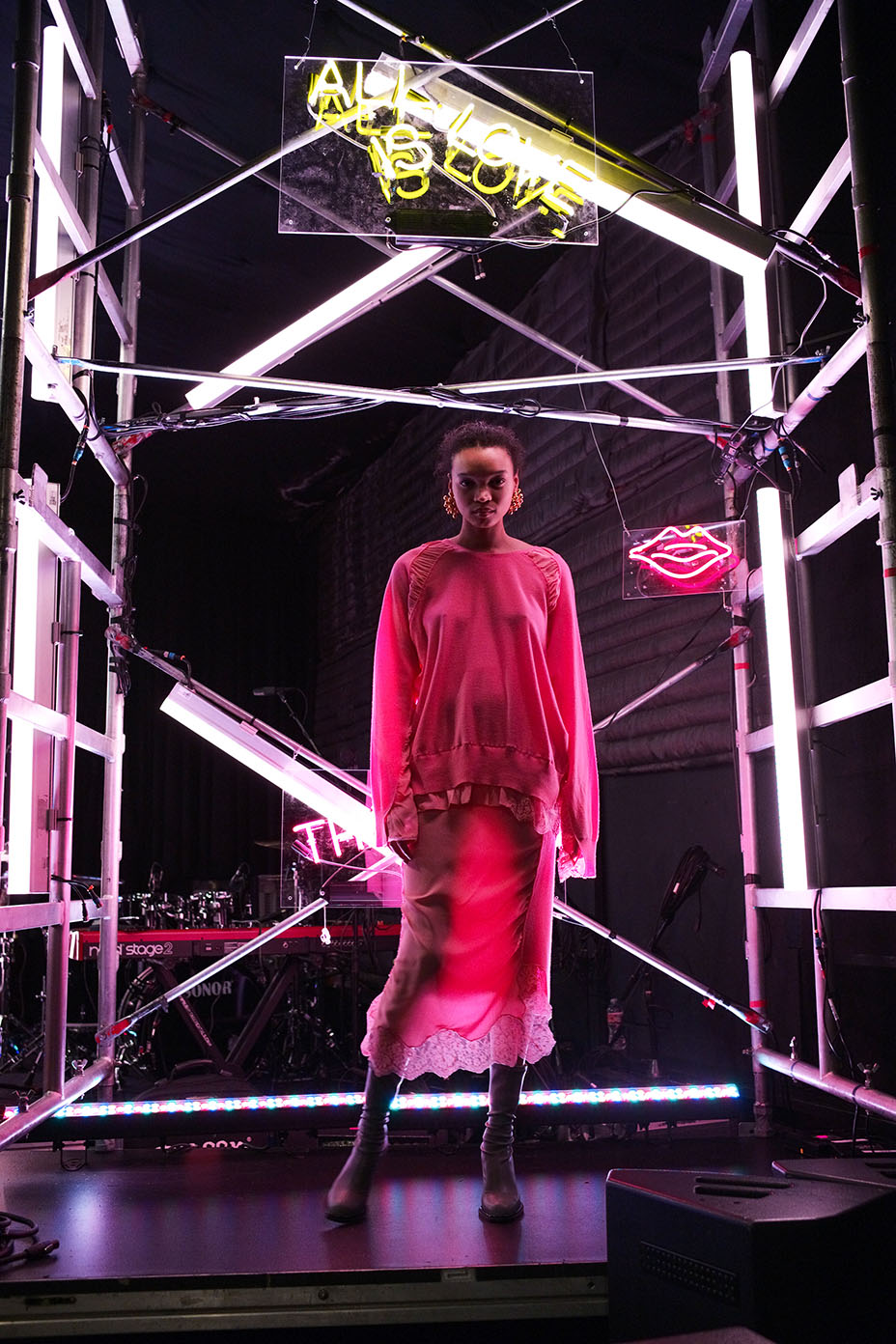