Stormy Daniels has a long list of “firsts,” many revolving around her alleged relationship with President Donald Trump. And, it should be said, she can play to the public with as much or more skill than him — The Hill reported Thursday that she’ll donate $130K from her lawsuit against the president to Planned Parenthood in Trump and Michael Cohen’s names. Here are six things to know about the first actress to sue a sitting president, who has starred in more than 279 films, and directed 93 and counting.

Wrapped my 93rd movie as a director this week but this one is extra special because it is my first project for Digital Playground. As always…thank you to the cast and my amazingly hardworking and loyal crew!

'The Winter Within' Trailer: Family Drama Set Amidst the Militarism, Somber Quietude of Kashmir (Exclusive)

Born Stephanie Gregory Clifford, the 39-year-old actress changed her name after discovering that Motley Crue bassist Nikki Six has a daughter named Storm. As for her last name, she combined Stormy with Daniels, based on her affinity for the whiskey. Her name has come to mean a source of strength for Daniels; The Washington Post reported she said: “My name is Stormy for a reason,” directed toward Trump supporters.

Dave Navarro, the Jane’s Addiction co-founder, former Red Hot Chili Peppers member and Ink Master judge, has a history of having a thing for adult film stars. He briefly dated Daniels in 2008, and took her to the Forgetting Sarah Marshall premiere in Hollywood. 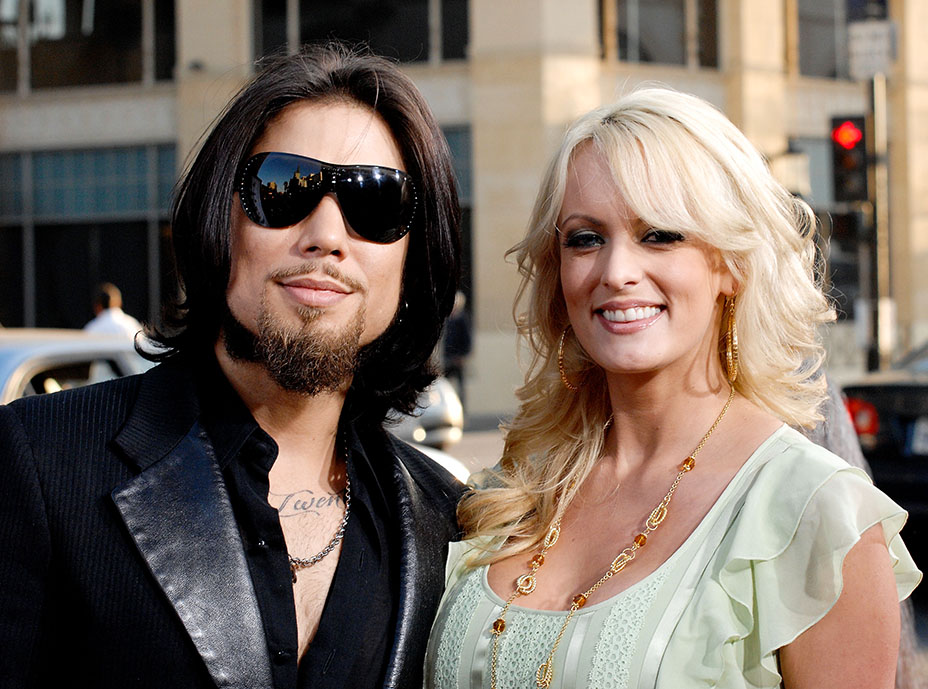 Daniels keeps it easy during the holidays and serves Stouffer’s Family-Sized Lasagna With Meat & Sauce, paired with Corona Light. She’s all-American that way.

4. She’s partnered with a jewelry brand to raise funds for her legal bills.

For #TeamStormy supporters, there are Official Team Stormy hand-stamped cuffs, $22, for sale on Etsy. Designed by North Carolina jewelry maker Tastefully Offensive Too in collaboration with Daniels, 50% of the profits go to her Crowd Justice page. To date, Daniels has raised $319,331 with 19 days to go. Nearly 10,000 people have donated money to the fund, which exclusively covers legal expenses and damages.

5. She’s the first Penthouse Pet of the Century.

My big news is…I am on the cover of the next issue of Penthouse and I was just named PET OF THE CENTURY!! Check out my pics when the magazine hits stands on May 8th!

6. Her true passion is riding horses.

Competing under the name Stormy Crain, she is a longtime equestrian who competes in cross-country riding. This discipline requires a skilled horse and rider, as the average jumping course is anywhere from 2.75 to four miles, ridden at a full gallop. Faults can include errors in timing and refusing a jump. Her husband, Glendon Crain, is also a competitor.