Continue to The Hollywood Reporter SKIP AD
You will be redirected back to your article in seconds
Skip to main content
December 10, 2019 11:53am

There’s a self-assured toughness to Camryn Manheim’s police lieutenant Bobbi Cosgrove on ABC’s Stumptown, a character not unlike others the Emmy-winning actress has played in her long career. Think smart and spirited women that don’t shy away from taking charge, whether it’s a hearty and compassionate midwife in Dolly Parton’s Heartstrings, a fantastical superhero in Amazon’s upcoming Utopia, the head of a secret CIA agency in Person of Interest or her Golden Globe-nominated turn as Elvis Presley’s mother, Gladys, in Elvis.

Her most famous role was as Ellenor Frutt, the sassy lawyer Manheim played for eight seasons on The Practice, for which she won an Emmy in 1998 for best supporting actress in a drama series, followed by the Globe in 1999. Although Ellenor’s plus-size stature didn’t define her, nor does it Manheim as an actress, her fist-pumping “This is for all the fat girls!” Emmy speech is still talked about today, more than 20 years later.

“I’ve made my mark by being vocal,” Manheim tells The Hollywood Reporter. “I just play roles that have nothing to do with my size, but with my power and spirit. It’s who I am at the core of my being. That’s what’s happening in the second tier of my career.”

The Emmy speech, along with her New York Times best-selling book released the next year, Wake Up, I’m Fat!, made Manheim a sort of de facto size advocate in Hollywood throughout the early 2000s. Up until then, most roles that called for a plus-size actress were clichés, from frumpy best friend to inconsequential lonely girl. 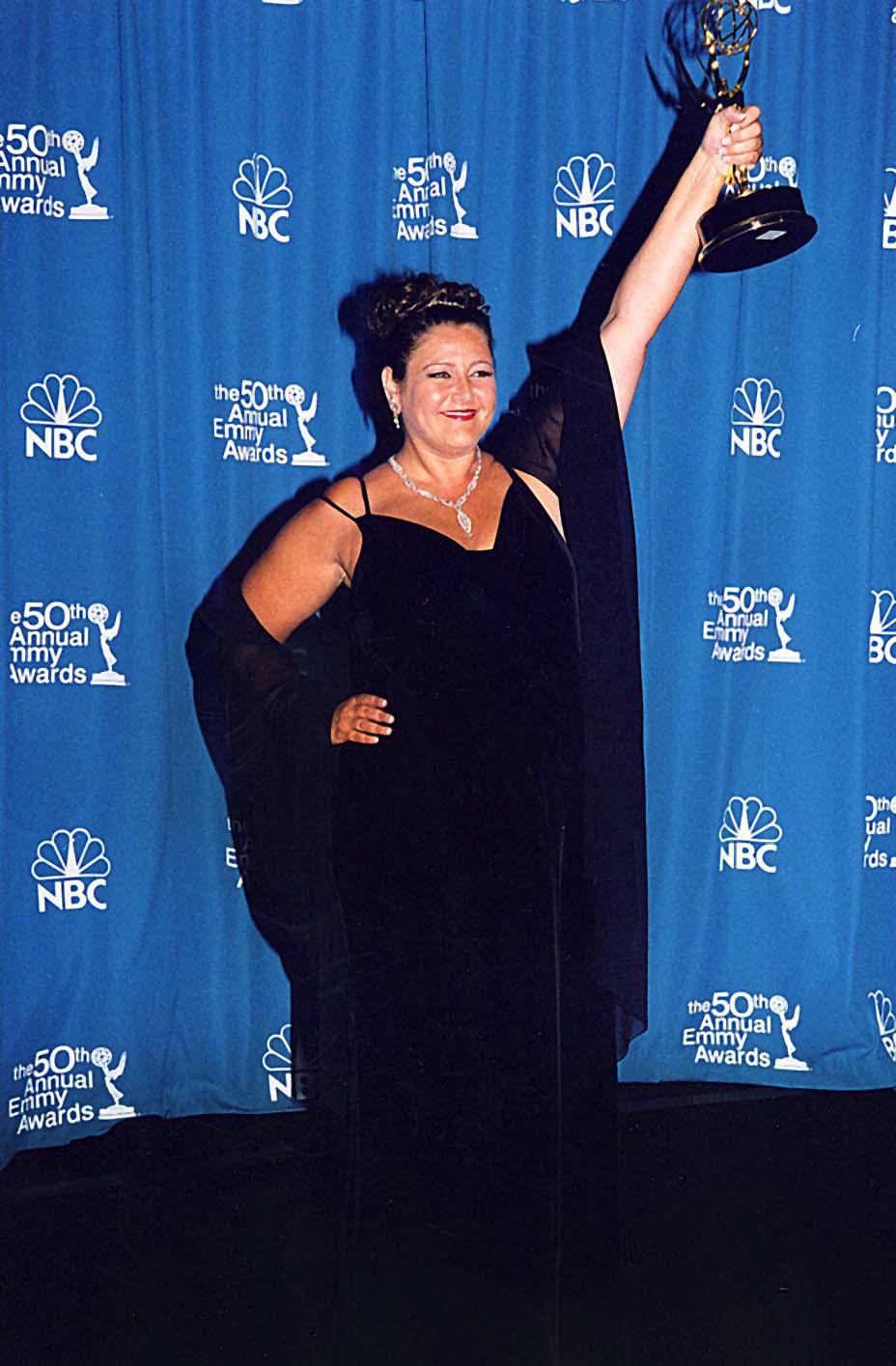 Just using the word “fat” was a revelation 20 years ago. Its synonyms are endless — plus-size, curvy, voluptuous, plump, meaty, chubby — but “fat” wasn’t something people said without malice. Manheim wanted to take the word back. “I tried to normalize it,” she says. “It makes people uncomfortable. Anytime you said it, there would be a whole discussion. It was rather exhausting. ‘You’re not fat….’ Yes, I am! It felt like a constant battle of teaching people and making them comfortable with it. I wanted to demystify the word so it wouldn’t carry negative connotations anymore.”

In her 1999 biography, Manheim details her struggles with size discrimination in Hollywood, not to mention her acceptance of herself and her abilities as an actress. “For the longest time, if there was a part, it almost always had to be about weight,” she recalls. “So my agents and managers got creative and started having me go out for male roles like powerful attorneys. In fact, my character on Living Biblically, the head of the newspaper, was meant for a man.”

She credits David E. Kelley for writing scripts that didn’t focus solely on her (or Ellenor’s) size, that he didn’t make it her main character trait. “I got to be sophisticated and sensual and smart,” she says. “And that didn’t exist much on TV. There was a lot more size awareness after The Practice. David let me scream my fat-girl anthem; he helped me define my voice. I was thrown into the limelight, and it felt like a huge responsibility to be vocal for this group.”

There’s been a lot of headway in body inclusivity on the big and small screen since then. Now star-making vehicles like Shrill, Claws, Dietland and Euphoria feature a new generation of actresses like Aidy Bryant, Niecy Nash and Barbie Ferreira. More loud-and-proud voices are talking about sexiness and size, body positivity and diversity.

“Just imagine who they’re all reaching now,” Manheim says of the new torchbearers. “I loved what I was doing, but it was exhausting. I’m so thankful for the younger actresses changing things in the industry. Today they’re reaching younger girls and boys who struggle in their own communities, and now they can be inspired by these badasses. Now they can feel that they’re being represented in popular culture.” 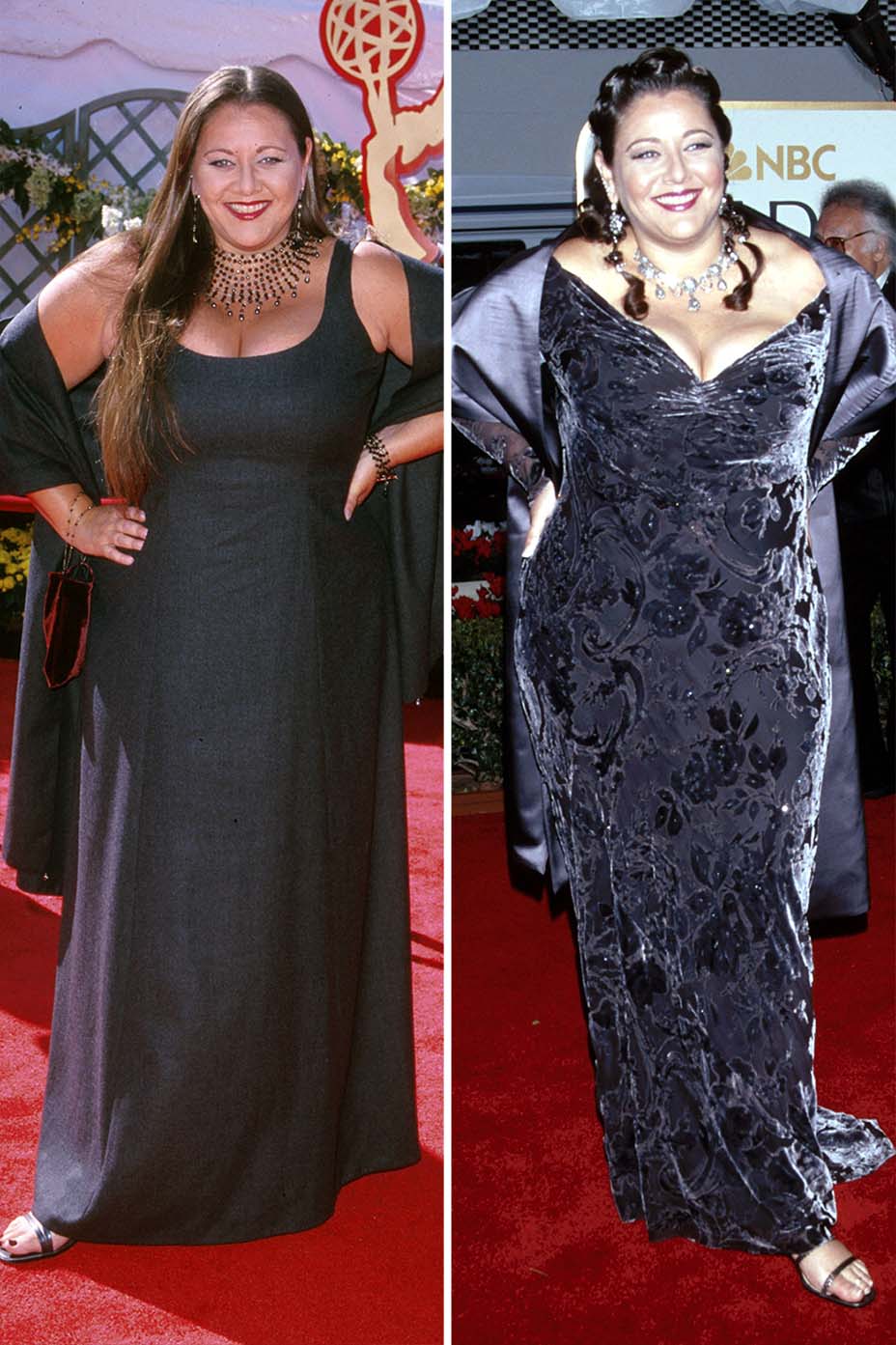 In Stumptown, a series based on Greg Rucka’s graphic novels, Manheim’s Lieutenant Cosgrove helps balance out the chaos that surrounds troubled yet feisty main character Dex, played by Cobie Smulders (episode nine airs Wednesday on ABC). Manheim’s presence is always commanding; it’s exactly the kind of role she sees driving her next phase.

“I’ve been on primetime network TV for most of my career, and to read a script that feels a little rough around the edges, grittier and more unconventional, was very exciting to me,” she says. “Our anti-hero is an addict and trouble. And a woman! The characters are all misfits just trying to get through life. It’s a great ensemble, and the guest stars have been incredible.”’ 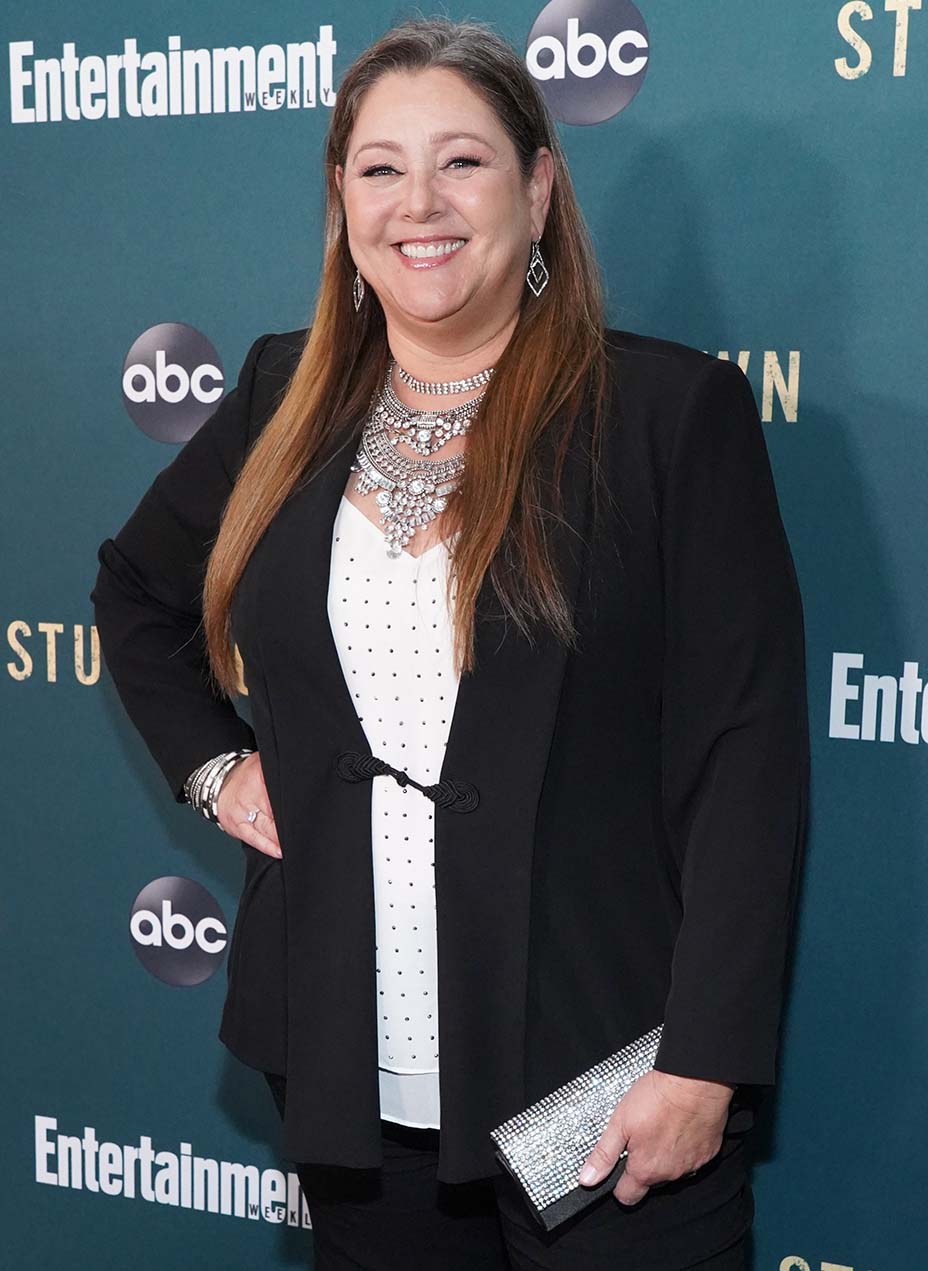 Manheim still sees a long road ahead. “We need to do much more,” she says. “I feel like sometimes these incredible actresses have breakout roles, like Gabourey Sidibe and Nikki Blonsky, and they can’t transfer it to another incredible opportunity.”

She says there’s still a lot of public fat-shaming, from Bill Maher’s rants to airlines demonizing people who have to ask for seat extenders on domestic flights. And then there’s clothing. “There are so many more plus-size designers these days: Badgley Mischka, Michael Kors, Christian Soriano, Calvin Klein. But a lot of lines stop at size 20. I don’t know what I would do without Macy’s, to tell you the truth,” she quips. “I just don’t understand why there aren’t clothes everywhere for people like me. It’s a political issue. I’ve written letters.”

Off screen, she continues to fight. As the new secretary-treasurer for SAG-AFTRA, she’s working toward making the union stronger, especially since her 18-year-old son, Milo, recently joined.

“I have a wonderful job with an incredible cast and a very family-oriented producing team. I am doing this important work for the union and trying to make a difference. And raising this incredible young man to follow in my footsteps,” she says. “It’s a perfect storm.”