Ariana Grande is joining the Reebok family, which counts Gigi Hadid as part of its crew. “I am proud to partner with @Reebok who has the same ideals and beliefs as me & that I hope to instill in my babes,” she announced on Instagram. According to WWD, the yearlong partnership will focus on social media efforts, which makes sense given Grande’s 113 million followers on Instagram alone. In June, Grande showed her strength in more ways than one when she held the One Love Manchester concert, a benefit held in response to the May 22 bombing after her concert at Manchester Arena in England.

Jennette McCurdy on Responses to Her Emotional Memoir, Revisiting Trauma and Her New Hollywood Goals

Mandy Moore’s hair has a lot of work to do, as the This Is Us actress has been named an ambassador of Garnier. Moore took to Instagram to make the announcement with a slideshow featuring her many different hair colors: “I’ve always LOVED changing my hair (as you can see from these photos.. and trust me there are so many more examples) — but a few years ago, I decided to change my life. From my work, to my friends, to my relationship with myself… It wasn’t easy, but it paid off. So when Garnier asked me to be the new #GarnierGirl, and open up the conversation about transformation in a fearless way, I jumped at the opportunity.” Jennifer Garner, Sarah Jessica Park and Tina Fey have previously fronted for Garnier.

Alexandra Shulman, who announced in January that she’d be stepping down from British Vogue after 25 years, has found her next job. She revealed via Instagram that she’s been appointed vice president of The London Library, the world’s largest independent lending libraries. Shulman starts her new role in November.

Gap has enlisted Cher and Future for its “Meet Me in the Gap” campaign. In a clip helmed by Director X, who’s also worked on Justin Bieber’s “Girlfriend” and Drake’s “Worst Behavior” music videos, the goddess of pop and the rapper come together to create new music, including a cover of Sly & The Family Stone’s 1969 single “Everyday People.”

Need luxe linens for your dining table? Loewe has got you covered. The Spanish luxury fashion house, led by creative director Jonathan Anderson, is releasing a limited-edition table linen set consisting of a tablecloth, four place mats and four napkins that all feature images from the house’s fall 2017 ad campaign photographed by Steven Meisel. The images are taken from Meisel’s new series artwork called “Compositions,” which sees various objects laid out on a transparent table positioned in front of a painted cloudscape. The set will be available this month at select Loewe stores and loewe.com. 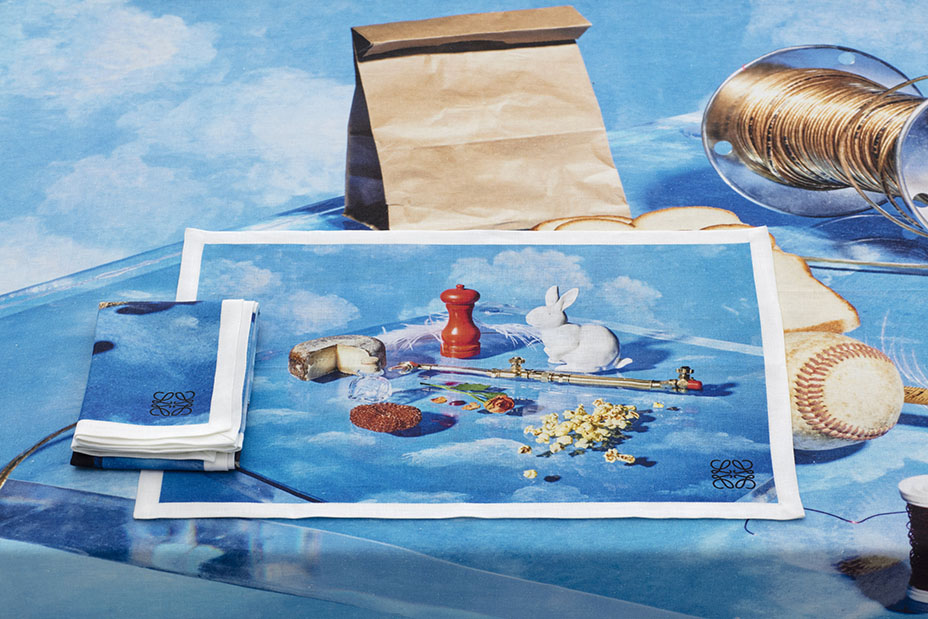