Continue to The Hollywood Reporter SKIP AD
You will be redirected back to your article in seconds
Skip to main content
August 15, 2017 2:25pm

Bachelorette Rachel Lindsay Selling Her Clothes for ACLU on thredUP [Pret-a-Reporter Inbox]
Recently engaged Bachelorette star Rachel Lindsay is selling her clothes for a cause. The Texan lawyer is selling pieces she wore during her appearance on Nick Viall’s season of The Bachelor on thredUP, a secondhand clothing retailer, and donating all of the proceeds to the ACLU, an organization “that’s important to me now more than ever,” Lindsay wrote on Instagram. Each of the ensembles for sale, including a penguin-printed onesie and a white jumpsuit, includes an anecdote from Lindsay about when she wore it on the show.

Got cute clothes that remind you of an ex? I do. Today I’m selling clothes I wore on Nick’s season (hello closure and new chapter!) on @thredUP, my favorite fashion resale website. Go to thredUP.com/rachel (link in bio) to shop my penguin onesie, white coat from his hometown visit and tons of other goodies from my closet. All proceeds benefit the ACLU, an organization that’s important to me now more than ever. #secondhandfirst #aclu #charity #foragoodcause

New App Allows Purchase of Beauty Products, Snacks in Rideshare Services [Refinery29]
Thanks to shopping app Cargo, you can now pick up a snack or even a sheet mask on any of your favorite rideshare services, including Uber, Lyft, Via and Juno. Drivers can request a pre-packed Cargo box to be installed in their car, which will come stocked with essentials like tissue, gum, snacks, beauty products, pain relievers and phone chargers. To purchase items, riders simply make a purchase through the app and the driver will hand them over. The first beauty product being offered is a sheet mask from Leaders and, for the time being, it’s free of charge. Boxes will eventually feature a wider selection of beauty products.

A.L.C. and Nike Collaborate on Cortez Style [Pret-a-Reporter Inbox]
Hot off their collaboration with Chrissy Teigen, A.L.C. has revealed another all-star collaboration. Andrea Lieberman’s label has teamed with Nike and created a new look for Nike’s classic Cortez style, which the company rereleased earlier this year. (Lieberman, however, has been putting them on her runways for the past six seasons.) The Cortez by A.L.C. has a contemporary feel with a suede finish in pink, black and cream. The limited-edition style is available for $100 at Nordstrom x Nike pop-in boutiques on Aug. 25 and then at alcltd.com, nike.com, Net-a-Porter and select Nordstrom stores on Aug. 28. 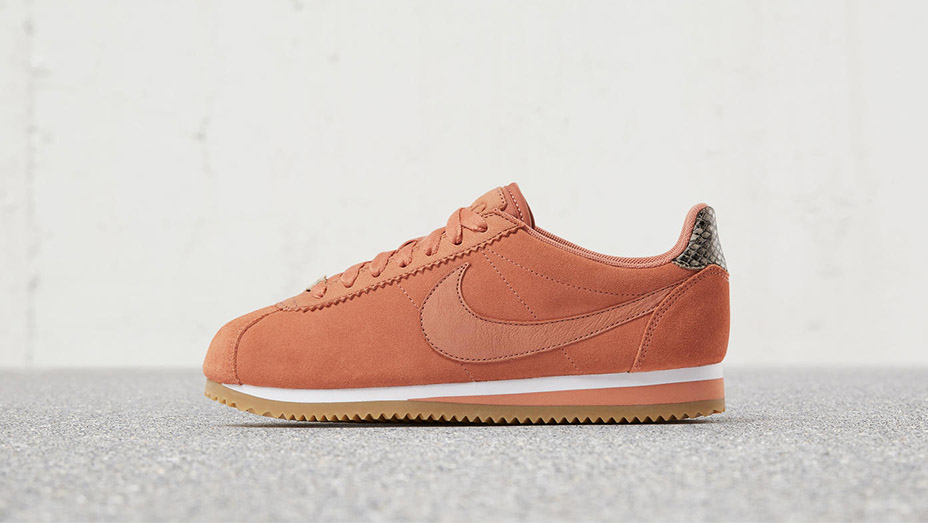 Zac Efron and His Brother Star in Columbia Sportswear Video [YouTube]
Zac Efron and his 25-year-old not-so-little brother Dylan Efron are the newest faces of Columbia sportswear. In the pair’s first video for the brand, the siblings are shown interviewing for a gig as gear testers (Zac’s résumé is a signed headshot, while Dylan’s achievements include actual endurance sports training) with the company’s 93-year-old chairman Gert Boyle. The video is the first in the brand’s new “Tested Tough” series.

Rihanna’s Next Collaboration With Stance Socks Features Her Guo Pei Met Gala Gown [Instagram]
Rihanna’s next collection for her ongoing collaboration between her Fenty brand and Stance socks is a special pair featuring one of her most iconic ensembles: her golden Guo Pei gown from the 2015 Met Gala. The dress that launched a thousand memes is featured on one of two styles in the “Rihanna’s Award Show” box of the new “Iconic Looks” series. The “Award Show” box also comes with a pair featuring the singer in the very sheer Adam Selman dress that she wore to the 2014 CFDA Awards. The second box set, called the “Rihanna Music Video” box, comes with pairs showing the looks from her “Pour It Up” music video and her “Work” video. The socks are now available on Stance’s website for $48.