Search for Quiksilver CEO Called Off After Boat Washes Ashore Empty [Los Angeles Times]
The two-day sea search for Quiksilver CEO Pierre Agnes, whose empty boat was found on the shore of southwest France on Tuesday, was called off by French authorities on Wednesday. According to reports, Agnes, 54, went on a routine solo fishing trip on Tuesday morning and radioed authorities that he would be delaying his return due to heavy fog. His overturned vessel was found empty three hours later. Low temperatures and poor conditions led authorities to believe there was little chance that Agnes would be found alive. Fans of the Huntington Beach-based surf brand, including Kelly Slater, have expressed their anguish on social media.

Michelle Yeoh Receives AFI Honorary Degree: "You Have Made My Mother the Happiest Mother in the World"

I love this man. @pierre_agnes went missing in Hossegor today when his boat washed ashore in the cold, early morning fog. I’m praying for a miracle but it’s just starting to hit me what a profound effect this man had on my life and the surf community at large. He loved his morning fishing trips, family, @quiksilver, surfing, friends, motorbikes, Capbreton…I’m not even sure how to let it sink in.

Loft Adds Extended Sizes [Loft]
Ann Taylor’s cool cousin, Loft, is extending the size range of its business casual basics and contemporary pieces. The brand on Thursday announced that on Monday, it will introduce Loft Plus — which will offer sizes 16-26 — meaning the retailer’s range now includes 00-26. Properties under the Ann Taylor umbrella have been evolving to keep up with the changing pace of retail as of late, and reaching the plus market is just one example. Late last year, Ann Taylor introduced a subscription rental service called Infinite Style. In 2015, the company introduced its newest brand which plays into the athleisure trend, the popular Lou & Grey.

T minus 4 days until even more sizes (00-26 ) hit LOFT.com! And if you want to check them out IRL, pop up parties will be happening in select stores across the country. (And you’re invited!) Click the link in bio to find yours.

Clarks Collaborates With Black Panther on Sneaker [Pret-a-Reporter Inbox]
Clarks has teamed up with Marvel on a new sneaker inspired by Black Panther, which bows in theaters Feb. 16. The all-black Trigenic Evo shoe is inspired by “flexibility and light footedness” of The King of Wakanda, and is now available for purchase online at ClarksUSA.com for $240.

Narciso Rodriguez Launching Capsule Collection at Barneys [Pret-a-Reporter Inbox]
In celebration of Narciso Rodriguez’s 20th anniversary, the designer is launching a special nine-piece capsule collection exclusively at Barneys. Each piece is a rerelease from Rodriguez’s archive, spanning from his spring 2003 to fall 2013 collections, and represents a signature design. The capsule is now available online and at select Barneys stores.

Marc Jacobs Hires Baja East Designer for Lower-Priced Product [Business of Fashion]
Marc Jacobs has hired Baja East co-founder and co-designer John Targon to tackle design for the lower-priced offering of the LVMH-owned brand. Targon’s new title will be “creative director of contemporary,” and he will begin on Friday. His working relationship to Marc Jacobs (the person) is not yet known, but Targon will be bringing in his own design team, which has resulted in layoffs of some members of Jacobs’ team. Targon’s hiring raises questions about the return of Marc by Marc Jacobs, the affordable label that the brand folded back into the main line in 2015. The fate of Baja East is also unknown; the label is not showing on the official NYFW calendar, but is said to be presenting its fall 2018 line in some capacity. 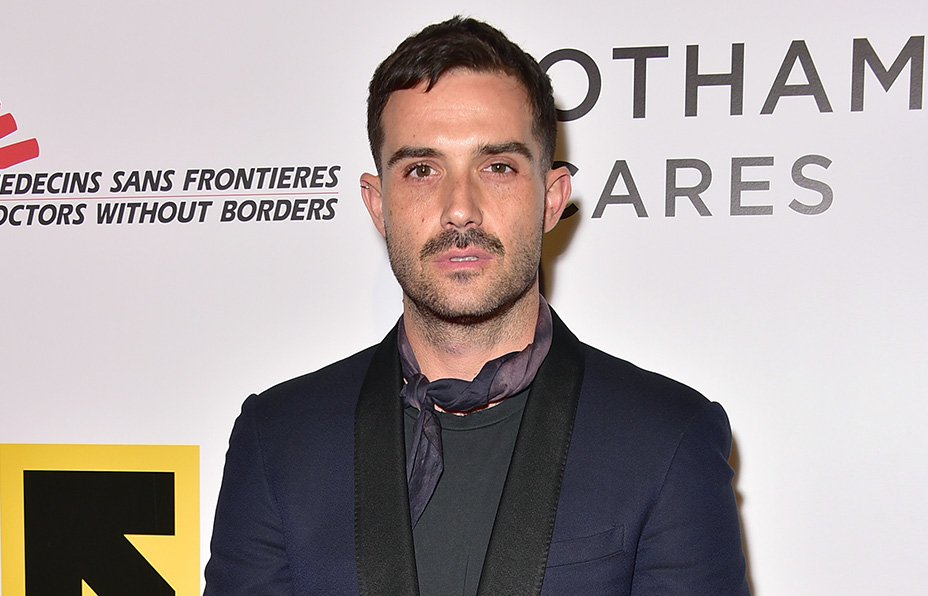 Black Panther Is Coming to New York Fashion Week for Charitable Cause [Pret-a-Reporter Inbox]
Black Panther is hosting a “Welcome to Wakanda” event at New York Fashion Week on Feb. 12, joining forces with brands like Cushnie et Ochs, Laquan Smith and Sophie Theallet, which will create bespoke pieces inspired by the film to be auctioned off for charity. Proceeds from the auction will be donated to Save the Children. Capsule collections by Brother Vellies, John Bennett and Douriean Fletcher will also be shown.

Shall we, 2018? #NewYearsEve #BlackPanther