Continue to The Hollywood Reporter SKIP AD
You will be redirected back to your article in seconds
Skip to main content
April 16, 2018 2:20pm

Cardi B’s Coachella Look Was Homage to TLC [Pret-a-Reporter Inbox]
Cardi B’s all-white Coachella ensemble was more than just a means of staying cool in the heat of the California desert over the weekend. The singer paid homage to the beloved 1990s girl group TLC, who memorably wore all-white bra tops, long open button-downs and gauzy, low-slung pants at the Grammy Awards in 1996. The rapper’s ensemble was custom-made by Alejandro. Cardi was a little more covered up than the ladies of TLC, wearing a bustier over her very pronounced baby bump.

Kendall Jenner’s Pizza Boys Radio Show Receives Cease-and-Desist Letter [Pret-a-Reporter Inbox]
A cease-and-desist letter has been sent to newly minted radio show host Kendall Jenner, her co-host DJ Daniel Chetrit and Apple Inc. (the serie is hosted on Apple Music) regarding the name of the program, Pizza Boys. Robert Karaguezian, owner of the Pizza Boyzzz trademark, claims that confusion is already brewing over the show — which launched last Friday and already began selling branded merch at Coachella over the weekend — and his artist collective Pizza Boyzzz, which makes apparel and other goods under the same name (albeit with a different spelling). Karaguezian is asking that Pizza Boys discontinue the use of the name in instances which may cause consumer confusion (“apparel, accessories and related products, advertisements, or services, including radio program”); he also is asking Pizza Boys to withdraw the trademark application submitted by Chetrit in November.

Pieces From Melissa and Joan Rivers’ Private Homes Go to Auction [Pret-a-Reporter Inbox]
Here’s your chance to get your hands on a piece (or two) of Hollywood history. Items from the various residences of Melissa Rivers and her late mother Joan Rivers will be up for auction on Thursday, with prices ranging from $100 to $1,000. Highlighted pieces from the sale include a pair of French pink upholstered open armchairs, an ebony marble top and inlaid secretaire a abattant, a black lacquered leather top writing table, an elegant marble top server, an elephant garden seat and many more items. The auction, which is being put on by Abell Auctions, will begin at noon in Los Angeles. 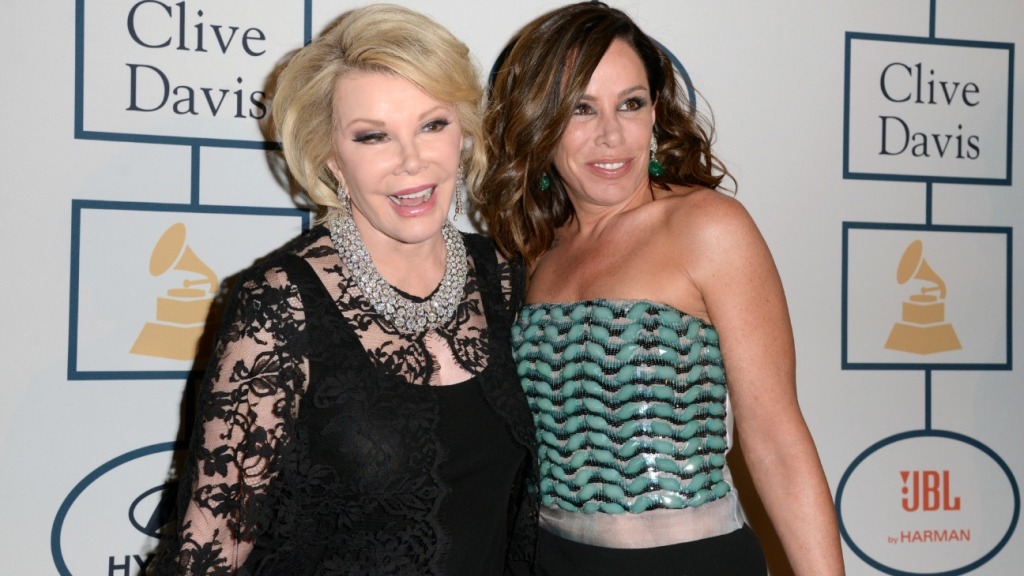