Donatella Versace’s Jack Russell Inspires “Year of the Dog” Collection  [Pret-a-Reporter Inbox]
In honor of the Chinese New Year that is approaching on Friday, Feb. 16, Donatella Versace is celebrating the Year of the Dog with a capsule collection dedicated to Audrey, her beloved Jack Russell Terrier. The line includes T-shirts for men and women, adorned with the dog’s likeness amidst Swarovski crystals and micro studs, along with patch-embellished bags and wallets, a metal key chain and a special Audrey edition of the DV One bag in red adorned with a leather peony, a symbol of prosperity and honor. 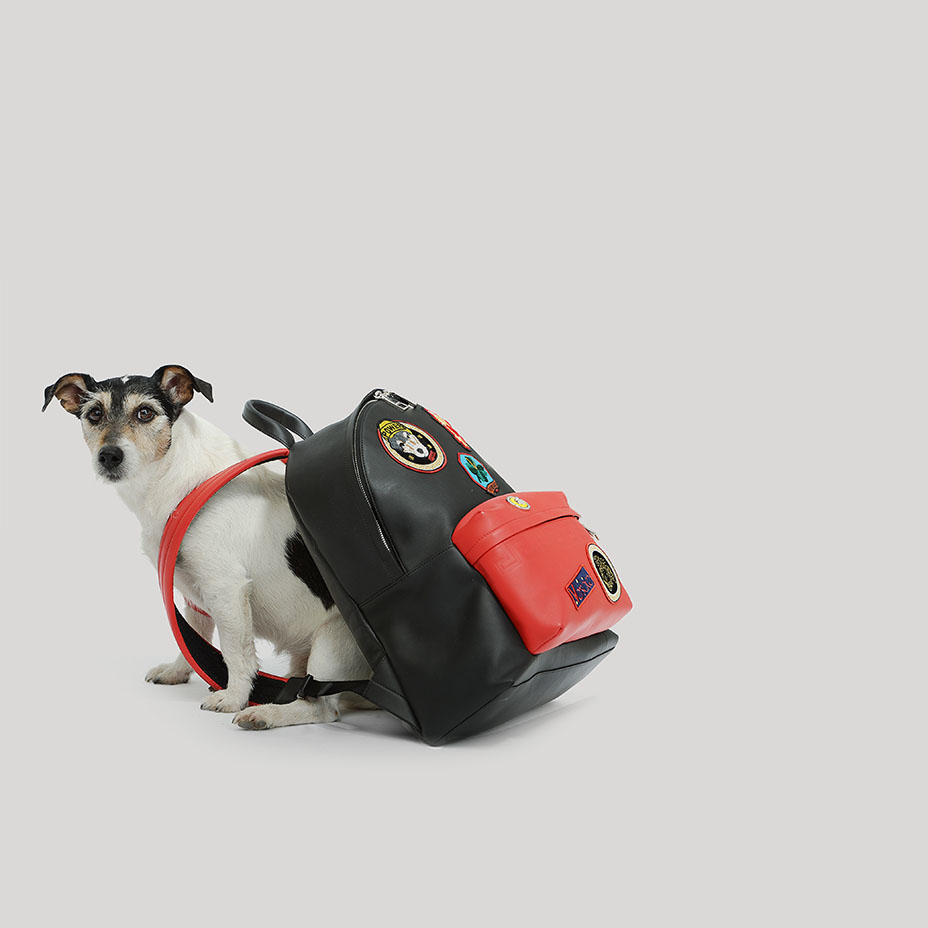 CFDA and Glamour Conduct “Glass Runway” Study of Women in Fashion Industry [Pret-a-Reporter Inbox]
Glamour and the Council of Fashion Designers of America (CFDA) on Thursday announced that they are partnering on an extensive study, titled “The Glass Runway,” to investigate gender inequity in the fashion industry, identify areas for improvement and seek out solutions to help create a more equitable workplace for women and men. “It is time for our industry to look at itself,” said designer Diane von Furstenberg, chairwoman of the CFDA. “We need to create a path to full equality, empower women to rise to the top of the fashion industry and support them and anyone who may be mistreated in the workplace.”

O, The Oprah Magazine Collection for Talbots to Benefit Dress for Success  [WWD]
This year, for Talbots‘ third collaboration with O, The Oprah Magazine to benefit Dress for Success, the retailer will match cash donations up to $250,000. The O, The Oprah Magazine Collection for Talbots will launch on Feb. 20 in stores and online, with 30 percent of net proceeds from purchases going to the charity. Cash donations will be accepted in stores through April 1 and the company is also accepting “nearly new” clothing and accessories in stores from March 1-4. Actresses Connie Britton, Yvette Nicole Brown, Sophia Bush, Busy Philipps and Tanika Ray are on board to help get the word out.

Thirty percent of net proceeds from the collection will be donated to @dressforsuccess! #Repost @oprahmagazine ??? Our third annual style collaboration with @talbotsofficial launches on 2/20 and look who we got to help give you a preview: Emmy-nominated @conniebritton! #TalbotsXOmag #GiveConfidenceHopeStyle (: @chriscraymer)

Fashion Designer Zac Posen’s New Uniforms for Delta Debut [Pret-a-Reporter Inbox]
On Monday, hundreds of Delta Air Lines employees will turn up at The Proud Bird, the aviation-themed steakhouse near LAX, to get fitted in their new uniforms designed by Zac Posen. The new Delta styles for Airport Customer Service, Delta Cargo, In-Flight Service, Ground Support Equipment Maintenance and TechOps employees “aim to take the brand to new heights, bringing high fashion and function to a different kind of runway,” according to a press release. Fittings will be hosted in several cities before all 60,000 uniformed Delta employees officially don their new looks on May 29.