Fergie Stars in Philipp Plein Spring Campaign [Instagram]
After performing in Philipp Plein’s spring 2017 presentation in Milan in September, Fergie has reunited with the designer for the spring campaign, which debuted Tuesday on Instagram. Photographed by Steven Klein, the “Alice in Ghetto Land”-themed ads feature the pop star decked out in embellished denim and leather pieces while dominating a shirtless male model.

Irina Shayk, Carolyn Murphy Front Alberta Ferretti Spring Campaign [Pret-a-Reporter Inbox]
For her spring campaign, Alberta Ferretti (who showed her romantic spring collection in Milan in September) enlisted models Raquel Zimmerman, Vittoria Ceretti, Irina Shayk, Julia Nobis and Carolyn Murphy to be photographed for five unique images. Each of the looks were styled by Carine Roitfeld and shot by Steven Meisel. “The summer collection celebrates sensuality,” Ferretti said in a release. “The five photos tell the stories of different women, seen together to form one complete and complex woman who is independent and in love.”

Good American Reports $1 Million in Sales on First Day of Launch [Pret-a-Reporter Inbox]
Good American, the denim brand by Khloe Kardashian and Emma Grede whose launch was reported in October, reported $1 million in sales on its first day of release. The three styles, which are available in several washes and sizes 00-24, retail for $149-$205 at Nordstrom and GoodAmerican.com.

Opening Ceremony Designs Interactive Phone Case for Google [Pret-a-Reporter Inbox]
Opening Ceremony designers Carol Lim and Humberto Leon are the latest to launch a collection of interactive phone cases ($40, available on Google Store) for Google as part of its Artworks Live Cases collection. The duo created five designs for Google; customers who purchase the case will have access to the other four designs as wallpaper options once the case is connected. Previous collaborators for the Artworks Live Cases include Jeff Koons and Jeremy Scott.

Uber Partners With Tipsy Elves for Free Ugly Christmas Sweaters [Pret-a-Reporter Inbox]
As part of Uber’s five days of gifting promotion, the ride-sharing app has partnered with ugly Christmas sweater retailer Tipsy Elves (which also supplied sweaters for Office Christmas Party, in theaters Friday) to deliver free sweaters to residents of five participating cities: New York, Boston, Dallas, Denver and Chicago. Users will be able to order a sweater through the app on Thursday, just ahead of Ugly Christmas Sweater Day on Dec. 16. 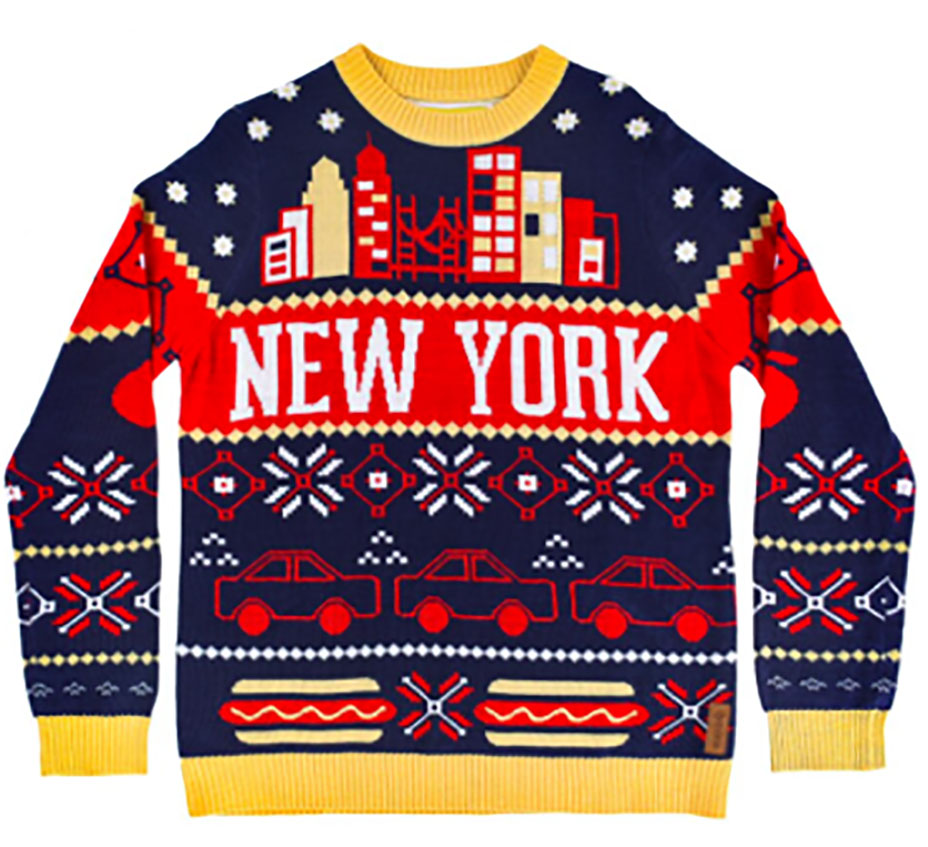 Louboutin Launches Holiday Fairytale Story [Pret-a-Reporter Inbox]
For its holiday campaign, Christian Louboutin is launching The Shoemaker and the Stolen Stars, a short fairytale film about a designer who wishes to make shoes as beautiful as the stars. The story as well as styles from the spring 2017 collection and the ShoePeaks clutch are brought to life through a series of dreamy illustrations by Remi Wyart. The full video will be launched on Dec. 22 on ChristianLouboutin.com.

Once upon a time, in a land of darkness, where neither the stars twinkled nor the moon shone, and the sun was nowhere to be seen, an artisan lived at the top of a dark stone tower. Many years before, when he was just a young man, the artisan borrowed the stars from the sky, you see. But why had he borrowed the stars? Follow the story here on #LouboutinWorld and we shall tell you.