Gucci Collaborates with Artist Unskilled Worker [Pret-a-Reporter Inbox]
Gucci’s Alessandro Michele has been a champion for budding artists as of late, collaborating with Coco Capitan and Angelica Hicks on capsule collections and campaigns. The latest partnership is with the young painter Helen Downie — who goes by the moniker Unskilled Worker — whose portraits have been splashed onto tees, shoes, sweaters, bags and more as part of a limited-edition 40-piece capsule collection. The pieces will be available online only beginning Oct. 11.

Off-White Reportedly Collaborating with Rimowa [WWD]
Who isn’t Virgil Abloh of Off-White collaborating with these days? Though LVMH would not confirm Abloh’s latest rumored partnership with Rimowa, the luggage brand’s 25-year-old co-CEO Alexandre Arnault teased a project on Instagram, writing, “Hey @virgilabloh – coming for you straight out of the factory! #offwhite” next to a photo of two black suitcases stamped with the words “Personal” and “Belongings.” Arnault, the third child of LVMH chairman Bernard Arnault, took his role at Rimowa in March. Abloh’s Off-White has recently worked with Nike, Jimmy Choo, Ikea and Warby Parker, among others.

Louis Vuitton, Gucci Rise Through Interbrand Rankings, Burberry and Prada Slip [Business of Fashion]
According to Interbrand’s Best Global Brands of 2017 list, an annual ranking that measures financial gain, influence and a brand’s ability to command a premium across industries from fashion to tech, Louis Vuitton, Hermes and Gucci are still as hot as ever; Louis Vuitton held on to the No. 19 spot, while Hermes and Gucci rose to 32 and 51, respectively. Burberry and Prada did not fare as well for 2017, falling to 86 and 94; Ralph Lauren fell out of the rankings. Meanwhile, it’s no surprise that Apple, Google and Microsoft are the top three brands.

Ellie Kemper, Zosia Mamet to Co-Host Opening of Kate Spade and Man Repeller Pop-Up [WWD]
Kate Spade New York and Man Repeller are transforming Kate Spade’s Soho storefront into a Leopard-themed pop-up store, which be open this Thursday through Saturday and focus on experiential events, including an “Interesting Women Interesting Lives” Q&A on Friday and beauty tutorials and a cat adoption on Saturday. The pop-up will kick off Thursday with a party co-hosted by Unbreakable Kimmy Schmidt‘s Ellie Kemper, Girls‘ Zosia Mamet (who starred in Kate Spade’s Miss Adventures short series) and Kate Spade chief creative officer Deborah Lloyd and Man Repeller founder Leandra Medine. The Leopard Leopard Leopard pop-up will be decked out in plenty of leopard prints, and 20 percent of proceeds will be donated to the ASPCA. During the week of Oct. 2, the pop-up will travel to Los Angeles. 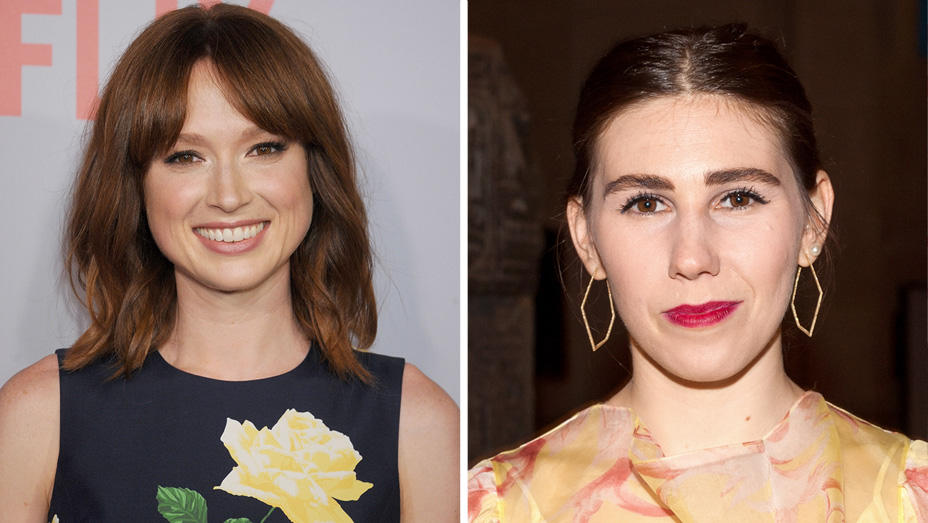