Gwyneth Paltrow to Headline Girlboss‘ Next L.A. Rally [Pret-a-Reporter Inbox]
Following the second Girlboss Rally in New York City in November, the women’s media biz gathering founded by Nasty Gal founder Sophia Amoruso is returning to Los Angeles. The twice-annual conference, which features panels covering a range of interests for female professionals, from entrepreneurship to self-care, will kick off with headliners including Gwyneth Paltrow (who hosts her own annual lifestyle conferences with Goop) as well as Janet Mock and the national organizers of the Women’s March. Tickets (for both the IRL and digital experiences) are now available online. The conference is set to take place April 28.

Oprah Winfrey Covers WSJ Magazine [WSJ Magazine]
Is there such a thing as too much Oprah? The pop culture scion was featured on the cover of her second March magazine cover, this time for WSJ Mag. Winfrey was photographed by Mario Sorrenti for the triumphant-looking black-and-white cover. In the cover story written by Julia Reed, Winfrey once again reiterates that she will not — repeat, not — be running for president. “I do a few things really well,” she says. “But I don’t want to manage. I don’t want to spend my days and nights creating policy. I want to continue to be involved with stories that allow people to see the best of themselves, to find a higher good.” 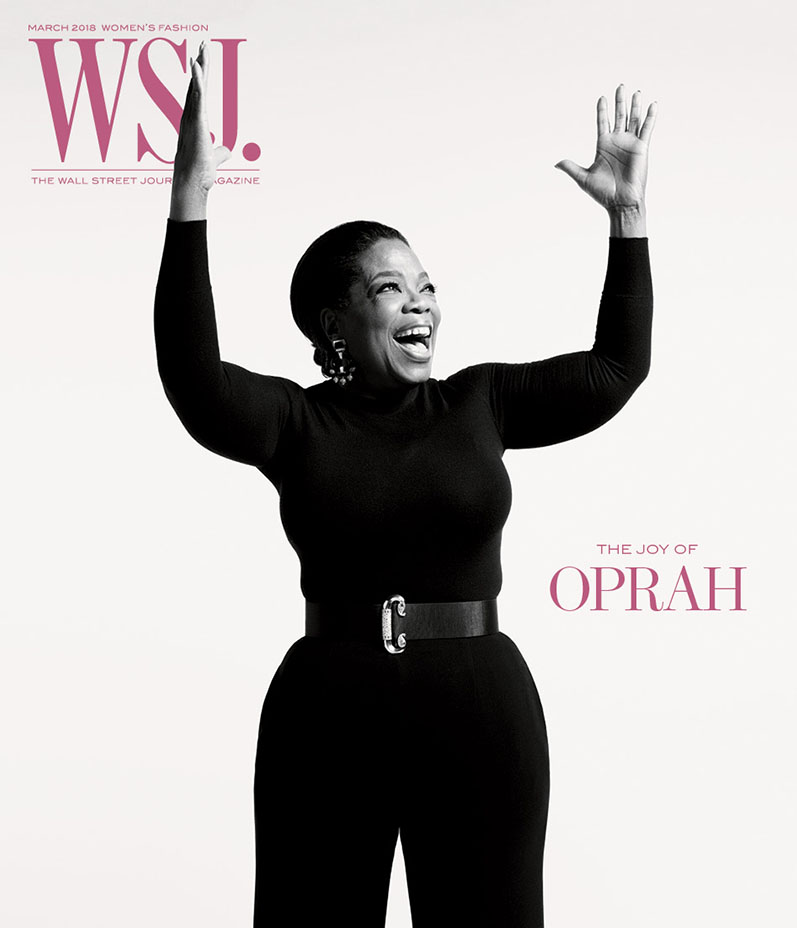 Macy’s Will Carry First Modest Fashion Line [Huff Post]
Beginning Feb. 15, Macy’s will begin carrying Verona Collection, its first modest fashion line. The department store will carry an exclusive selection of the popular Islamic boutique’s modest tops, dresses, pants, abayas and hijabs. Verona Collection was founded in 2015 by Lisa Vogl, a former fashion photographer who converted to Islam in 2011, to fill the market void for affordable modest fashion. The global market for modest fashion is expected to reach $464 billion by 2019.

Lanvin Said to Be Exploring Sale [WWD]
Since the messy departure of beloved creative director Alber Elbaz in 2015, Lanvin has had a rough go of things. Now, the French fashion house, currently owned by Taiwanese magnate Shaw-Lan Wang, is said to be exploring a sale. Mayhoola Group, which is backed by the monarch and head of state of Qatar and holds a majority stake in Valentino and Balmain, is said to be in talks with Wang. WWD reports that if the company does not sell a majority stake it could risk a liquidity crisis. Creative director Oliver Lapidus, who replaced Bouchra Jarar after her 16-month stint at the job, will show his fall 2018 collection on Feb. 28.