Haim Merch Launches at Urban Outfitters [Pret-a-Reporter Inbox]
Fierce sister act Haim has launched their tongue-in-cheek collection of merchandise at Urban Outfitters. The three-piece offering includes tees reading, “WTF Is a Haim?” and “GO HAIM OR GO HOME.” The third tee reads, “Right Now,” which is the name of a song off their second studio album, Something To Tell You, released earlier this summer. Each piece is available at Urban Outfitters stores and online beginning Aug. 21 for $25.

L Brands’ Stock Dives After Victoria’s Secret Underperforms (Again) [WWD]
Shares of L Brands, parent company of Victoria’s Secret, plummeted 5.2 percent Friday after the company lowered its guidance for the year, in part due to the lingerie brand’s comparable sales, which were down 14 percent year over year. Victoria’s Secret is still undergoing several changes as part of its revamp strategy, which included the discontinuation of its swimwear category last year as well as a pullback on its promotions. 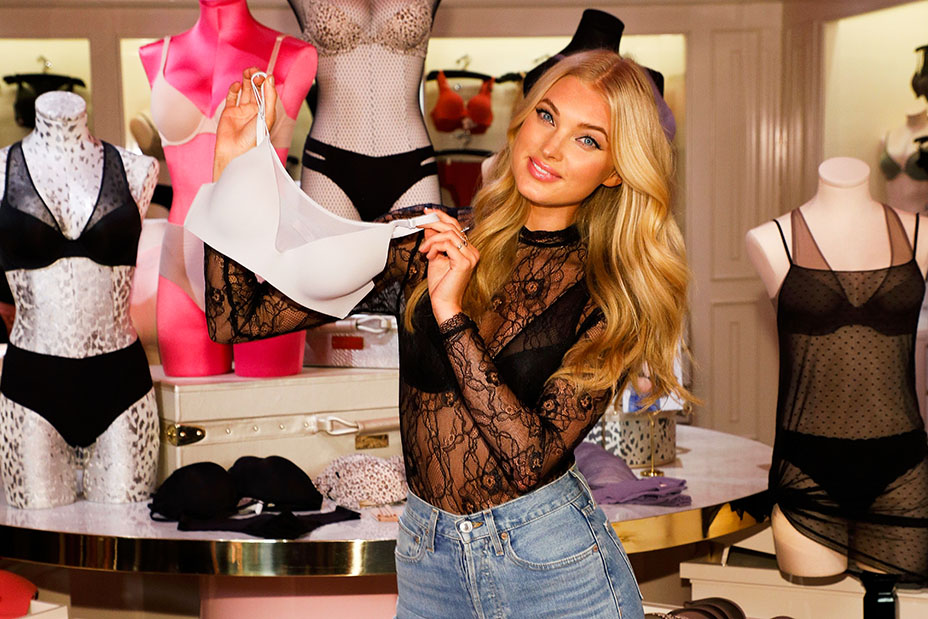 Allure Editor-In-Chief Michelle Lee Defends Magazine’s Coverage of White Supremacy [Twitter]
After Allure magazine posted an Instagram post reading, “Beauty Tip: Don’t be a white supremacist,” the beauty magazine reportedly received several negative comments advising the publications to “stick to makeup.” Michelle Lee, the glossy’s editor-in-chief, replied to the naysayers Friday, writing, “Race, ethnicity, skin color, gender, body shape … are ALL related to beauty.” She continued, “To reduce what women’s media can cover to ‘we only want you to talk about mascara’ is beyond ridiculous … If you are offended and say ‘unfollow‘ because of a post saying it’s beautiful to not be racist, you should probably examine your life.”

4) Also THIS . Could not be more proud of everyone who I work with at @Allure_magazine. pic.twitter.com/Ux9YYiIyJS

Recently, we posted a meme condemning white supremacy, and were dismayed to see the number of commenters telling us to “stick to makeup” and stay out of politics. We know these are trying times we live in, but we stand firm in saying that denouncing hatred and bigotry isn’t even political by nature — it’s human. As a beauty brand, we are partially responsible for reporting on (and shaping) how people view, appreciate, and take care of themselves, and it’s a part of our actively evolving mission to make sure that everyone — perhaps especially those who have been overlooked — is invited to feel beautiful. Our comments and our content will continue to be a space for people to celebrate beauty in our world, which requires us to take a stance in the face of ugliness. Thank you to our followers and subscribers who continue to support Allure.

Garance Dore Opens Up About Fertility Struggle in Lenny Letter Essay [Lenny]
Garance Dore, fashion illustrator, influencer and founder of Atelier Dore, opened up about her struggle with fertility in an emotional essay in Friday’s edition of Lena Dunham’s Lenny Letter. The piece, titled, “Late Bloomer,” outlines the 42-year-old’s path to trying for a baby, the emotional toll of being repeatedly told the do’s and don’ts of doing so “at your age,” and failing to become pregnant despite treatments. She concludes, “My story has helped me to understand the enormous amount of pressure that is put on women to be mothers, a pressure that I had completely internalized.”

“We’re complete without a shiny baby.” Garance Doré opens up about failing to have a baby, and finding out the secret to personal fulfillment along the way. Read her essay at the link #LennyLetter Illustration by Gel Jamlang

Sophia Amoruso Raises $1.2 Million for Girlboss Media Venture [Glossy]
Sophia Amoruso, founder of Nasty Gal, has raised $1.5 million in venture capital to fund her new female-focused media venture, Girlboss Media, which includes an editorial website, newsletter and biannual “rallies” with speakers on the subjects of business and wellness. The media brand is an extension of her the Girlboss brand which she launched in 2014 with her best-selling memoir of the same name about her journey building the Nasty Gal empire. (Amoruso stepped down as CEO in 2015; the brand filed for bankruptcy in 2016 and was sold to British ecommerce site Boohoo in February for $20 million.) The Girlboss team includes alum from Goop as well as Refinery29.