Harry Styles’ Tour Merch Is Here [Fashionista]
Harry Styles kicked off his tour in colorful (and floral) fashion  Tuesday evening in San Francisco, and you know what that means: Tour merch! The 23-year-old has imprinted the slogan “Treat People with Kindness” on tees, sweatshirts, notebooks, pins and more. There are, naturally, also tees featuring Styles’ face floating Ophelia-esque in some millennial pink water (an image similar to his album artwork) and crewnecks and hats reading “Harry”. If you can’t catch the tour, you can find the merch on Styles’ website, where prices range from $10 for a pin to $60 for a crewneck. 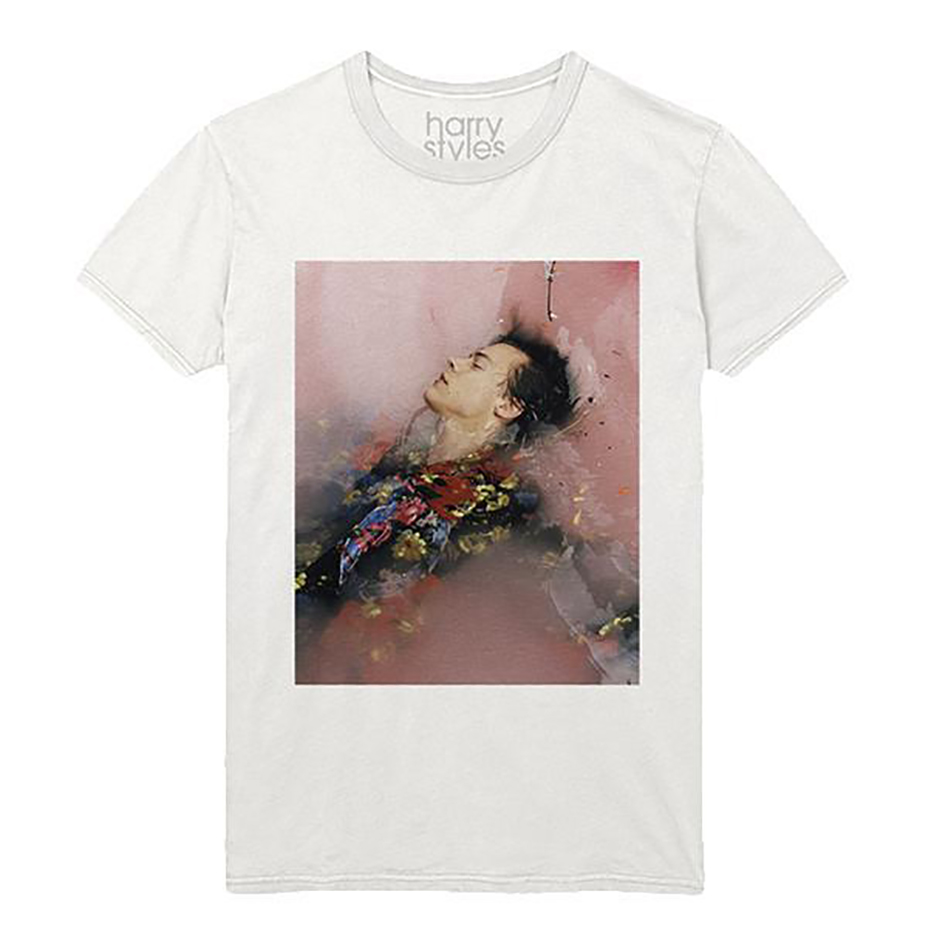 Under Armour Not Cool According to Survey of Young Men [Business Insider]
As Kevin Durant pointed out a few weeks back, Under Armour just isn’t cool with the young crowd. According to a recent survey of young men conducted by Wells Fargo, the sneaker brand ranked lowest in popularity compared to competitors like Nike and Adidas, with just 27 percent of those surveyed ranking the brand favorably. Nike, by comparison, had an 80 percent ranking. Even with big name ambassadors like Steph Curry and Cam Newton, Under Armour’s sales have underperformed in the past year.

ThredUp Luxe Expected to Bring in $10 Million By End of Year [Glossy]
Secondhand resale retailer ThredUp launched a beta version of ThredUp Luxe — a platform that allows users to buy and sell verified designer goods akin to competitors like The RealReal — just this past July, but according to Glossy, the platform is already on track to reach $10 million in sales by the end of the year. ThredUp Luxe’s beta testing concludes this week, meaning it will be open to all users.

Got Gucci you want to sell? Want more secondhand Prada? Whichever category you fall in, thredUP LUXE is good news for you. Tap the link in our bio for more info. #thredUPLUXE #secondhandfirst #redtakeover #lovelifeincolor

Anthropologie Customers Angered After Brand Accidentally Advertises Free Couches, Then Cancels Orders [Twitter]
Anthropologie accidentally listed its Edlyn Chaise Sectional for $0 online on Thursday morning plus a $150 delivery fee. Customers were ecstatic to snatch up the couch, which typically retails for between $3,298 to $7,798. However, once Anthopologie caught wind of their fatal mistake, they sent order cancellation emails to customers. Naturally, those customers were not pleased, and aired their grievances with the retailer on Twitter using the hashtag #Couchgate while asking Anthropologie to honor their mistake.

RIP. This WAS the couch I was going to raise my family with @Anthropologie. #CouchGate pic.twitter.com/acgzI7wLWV

@Anthropologie I threw away my old couch expecting my new one to arrive. How are you going to resolve this? #notmyanthropologie #CouchGate pic.twitter.com/dWOWOAWANN

@Anthropologie U canceled my order lied about it I want a $2000 gift card at minimum or Im goin to my lawyers #CouchGate #NotMyAnthropologie pic.twitter.com/YK27qiKkhq