Jake Gyllenhaal Is a Great Dad in Calvin Klein Fragrance Video [Pret-a-Reporter Inbox]
The commercial component of Jake Gyllenhaal’s campaign for Calvin Klein’s Eternity fragrance has arrived. In the black-and-white ad, shot by Beasts of No Nation director Cary Fukunaga, the actor stars alongside model Liya Kebede as a doting dad to an adorable tot while reciting E.E. Cummings’ “[i carry your heart with me(i carry it in].” Gyllenhaal, 36, has previously expressed a desire to be a father, and based on this campaign, we’d say he’ll be great.

Warby Parker Wants to Pick Your Halloween Costume [Pret-a-Reporter Inbox]
Struggling with what to be for Halloween this year? Warby Parker wants to help. The “Warby Parker Costume Council” can find you a personalized costume via text. Simply text “Boo” to 68848 beginning Thursday and the Council will ask you three questions, which participants answer with an emoji. Some of the costume suggestions churned out by the emoji algorithm include a “high-power ‘80s businessperson” or “an artistic interpretation of your first screenname.”

We take Halloween as seriously as we take glasses (i.e., VERY.) and we have become experts at creating weird getups over the years. That’s why we’ve established the #warbycostumecouncil, a 24/7 resource for highly specific, algorithmically personalized costume concepts. Just text BOO to 68848 —we’ll ask you a few Qs, you’ll respond with emojis, and bam: A new costume idea shall be yours! . . . . . . . . Message and data rates may apply. For more information, visit warbyparker.com/costume-council.

New Project Revives Robertson Plaza [Pret-a-Reporter Inbox]
A new project at Robertson Plaza in West Hollywood (across from The Ivy) could spell the revival of the area. Set to open the first week of November, the Plaza will feature a Blue Bottle Coffee and Bibo Ergo Sum, an upscale bar. The Henry and Box Union will open in early 2018. The remodel preserves the intent of original architect of William Pereira and pays homage to the unique history and character of the neighborhood. 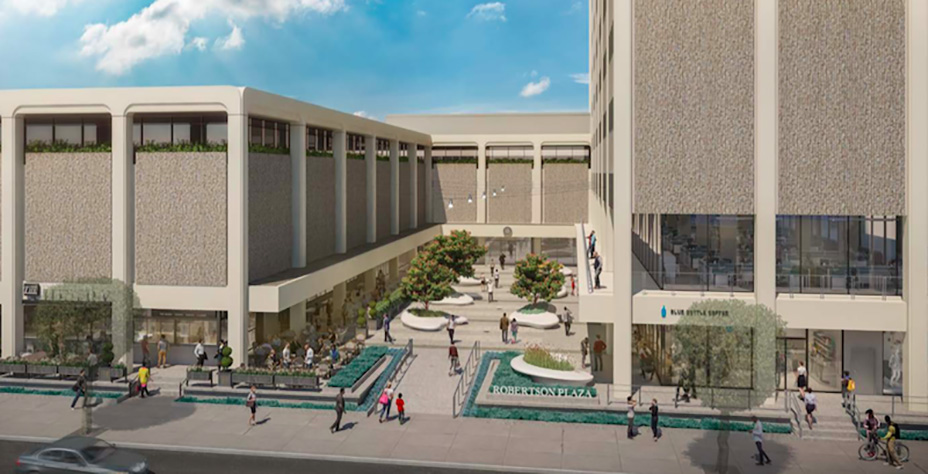 Vogue and Vice Media Forge Editorial Partnership [Pret-a-Reporter Inbox]
Vogue and Vice Media are the unlikely partners on a new editorial partnership called Project Vs, which will span 100 days and include a new website as well as content that will be shared across both brands’ social channels. According to a spokesperson, the partnership will “showcase figures, movements and issues making an impact on society today, with each week highlighting a different theme.” Content will be created by Vogue and Vice editors and will include a mix of videos, photos and longform pieces. Says Anna Wintour, “In my view, both [Vogue and Vice] are fearless and breathtaking, with unquenchable curiosity and vigor. This collaboration will benefit from two talented editorial teams working together to produce relevant and exciting stories about the way we live now.”

Stich Fix Files for IPO [TechCrunch]
Stitch Fix, the popular subscription-based clothing company based in San Francisco, filed paperwork with the SEC on Thursday detailing plans to go public. The company provides personal style picks for customers using both human stylists and algorithms based on shoppers’ preferences. Stitch Fix logged almost $1 billion in sales between July 2016 and July 2017. Both Benchmark Capital and Baseline Ventures have a 25 percent stake in the company.

Look ma, no sleeves! Slip on a modern longline vest to break up your outerwear rotation. #StylistTip