Norwegian Olympians Don Heart-Print Pants in Honor of Valentine’s Day [CNN]
The guys on Norway’s men’s curling team won a fashion gold on Wednesday by stepping out in heart-patterned pants for their competition in honor of Valentine’s Day. Apparently, the Norwegians are the OGs of crazy patterned pants, dating back to the 2010 Winter Games in Vancouver. They also made a statement with colorful, checkered pants in 2014 at Sochi. 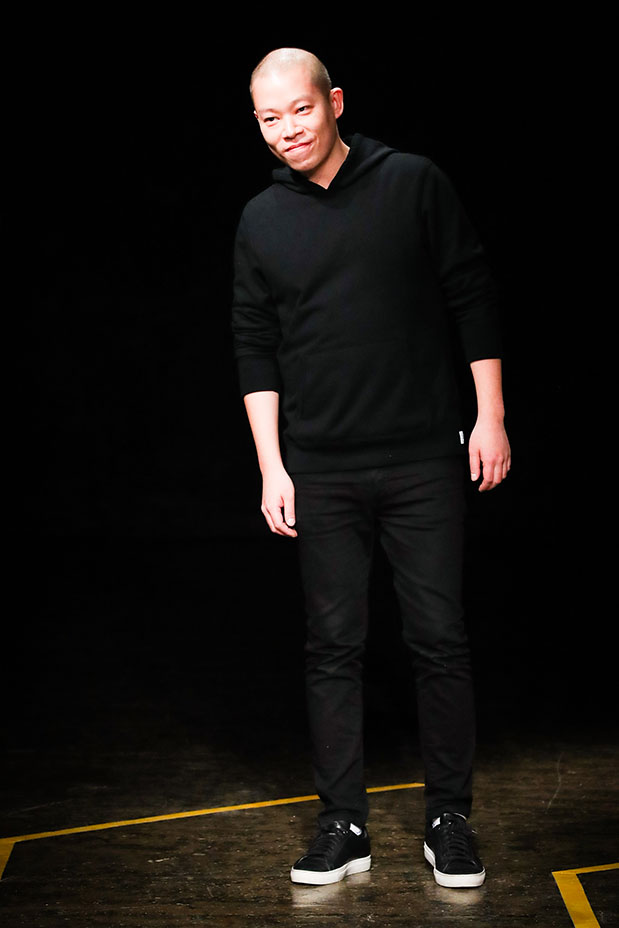 Jason Wu Shows Final Collection for Hugo Boss [Business of Fashion]
Designer Jason Wu took his final bow on Tuesday as artistic director of womenswear for Hugo Boss, after presenting his fall-winter 2018 collection for the label at New York Fashion Week. It has been five years since Wu (known for dressing Michelle Obama, Diane Kruger and other celebs in designs for his namesake label) signed with Hugo Boss, which has recently moved its focus to menswear.

Moncler Appoints Team of Eight Designers [Pret-a-Reporter inbox]
In other news of fashion house design head shuffles, the Italian brand Moncler (known for its luxe outerwear and sportswear) has sent out word of a “Moncler Genius” team consisting of eight designers who will each create both women’s and men’s wear for the label. The first of the new capsule collections will be unveiled at the brand’s show on Tuesday during Milan Fashion Week. Last year, Moncler ended its partnerships with designers Thom Browne and Giambattista Valli, who had designed the men’s and women’s collections, respectively.