Justin Bieber Launches Merch at H&M Despite Canceled Tour [Pret-a-Reporter Inbox]
Justin Bieber’s Purpose Tour merch has been sold everywhere from Forever21 to Urban Outfitters to Barneys to, you know, his tour, but now the collection is landing in a new location: H&M. The eight-piece collection for the stadium leg of the Purpose Tour will drop in stores and online Sept. 7, priced between $17.99 to $59.99. We’re guessing the collection had been planned before Bieber canceled the final leg of the tour earlier this summer.

Dior Asks Ambassadors “What Would You Do for Love” [Instagram]
Dior rounded up all of its A-list ambassadors — including Natalie Portman, Robert Pattinson, Bella Hadid, Rihanna and Jennifer Lawrence — to ask “What Would You Do for Love?” The campaign is encouraging followers to answer the question on social media with the hashtag #DiorLoveChain. For each post, Dior Parfums will donate $1 to the non-profit We Movement in partnership with Portman to support education for women worldwide.

AND YOU, WHAT WOULD YOU DO FOR LOVE? Join Natalie Portman and share your creative answers using #diorlovechain. For each post @diorparfums will donate $1 to the charity @wemovement in partnership with Natalie Portman to support the education of young women worldwide. Don’t forget to nominate your loved ones and help Natalie Portman to build the Dior love chain. http://on.dior.com/tc #natalieportman #diorparfums

Women’s Health Launches Naked Issue [Glossy]
Women’s Health magazine’s U.S. edition has launched its inaugural “Naked Issue” issue, luring in skincare advertisers with its focus on the the naked body. As usual, the magazine also has a hefty section on body positivity and health (drawing in Panera, which recently launched a non-GMO menu). However, it also expanded its coverage of hair and skin, opening the door for both new beauty and pharmaceutical advertisers.

Target Launches New In-House Label [Racked]
Target is adding another in-house label to its repertoire of apparel lines. A New Day is a stylish brand for young professional women and is available in both straight and plus sizes and priced $8-$45. After years of successful designer collaborations as well as the launch of their permanent Who What Wear for Target line, a new in-house label make sense.

Rana Plaza Factory Owner Jailed for Corruption [BBC News]
Sohel Rana, owner of the Rana Plaza clothing factory in Bangladesh, which collapsed in 2013 and caused the deaths of more than 1,100 workers, has been sentenced to the maximum three years in prison for corruption charges after he was found guilty of failing to declare his personal wealth to Bangladesh’s anti-graft commission. Rana, along with 37 others, continue to face further charges, including violation of building codes and murder, for the disaster. They could face the death penalty if found guilty. 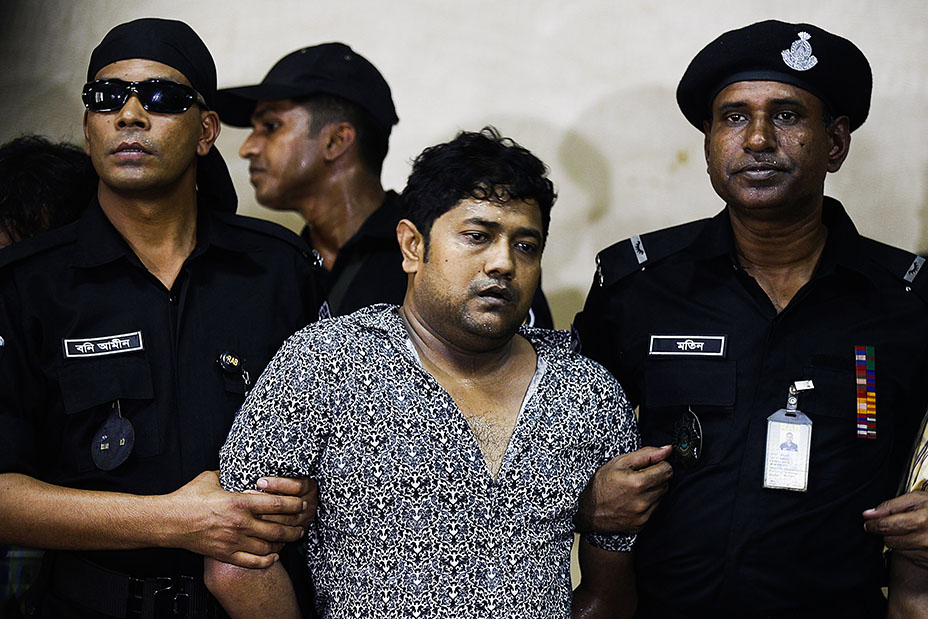