Kendall Jenner Clones Lip-Sync in Fergie’s “Enchante” Video [YouTube]
Can’t get enough Kendall Jenner? Fergie’s here to help. The singer cast Jenner in her new music video for “Enchante,” in which she stars alongside a seemingly endless number of Kendall klones. Jenner flexes her modeling talents to the limit by dancing, walking dogs up some stairs and lip-syncing in French, all without missing a beat.

Madonna’s MDNA Skin Line Recruits The Fat Jew for U.S. Launch [Pret-a-Reporter Inbox]
To celebrate the U.S. launch of her MDNA skin care line, Madonna recruited The Fat Jew (Josh Ostrovsky) to be her co-star in a short video. The unlikely pals visit a spa, where they chat about making bad decisions and waking up in Fresno, California. Plus, Ostrovsky’s White Girl Rosé also gets a cameo, albeit in spray-bottle form (spoiler: It’s not as effective as Madge’s rosewater spray). MDNA, which first launched in Japan, will be available at Barneys on Sept. 26. Watch the clip below.

Off-White to Premiere Jimmy Choo Collab at Paris Fashion Week [Instagram]
Off-White announced Friday that it will debut its latest collaboration — this time with Jimmy Choo — next week at its Paris Fashion Week presentation, on Sept. 28. If you’re counting, that marks Off-White founder Virgil Abloh’s fourth collaboration in the past few months, following partnerships with Nike, Warby Parker and Ikea — not to mention the multiple brands like Kith, Levi’s and SSense that Abloh has worked with throughout his career.

Stella McCartney Dresses Teen Cast of SPF-18 for L.A. Premiere [Pret-a-Reporter Inbox]
The young cast of the beachy new teen-romance flick SPF-18, including Carson Meyer, Bianca A. Santos, Noah Centineo and Jackson White, as well as director Alex Israel, were outfitted by Stella McCartney for Thursday’s L.A. premiere. (The movie also features Goldie Hawn as the narrator and cameos by Keanu Reeves and Pamela Anderson as themselves.) The move is straight out of Calvin Klein’s playbook; the brand helmed by Raf Simons outfitted the entire cast of Moonlight for the 2017 Oscars. 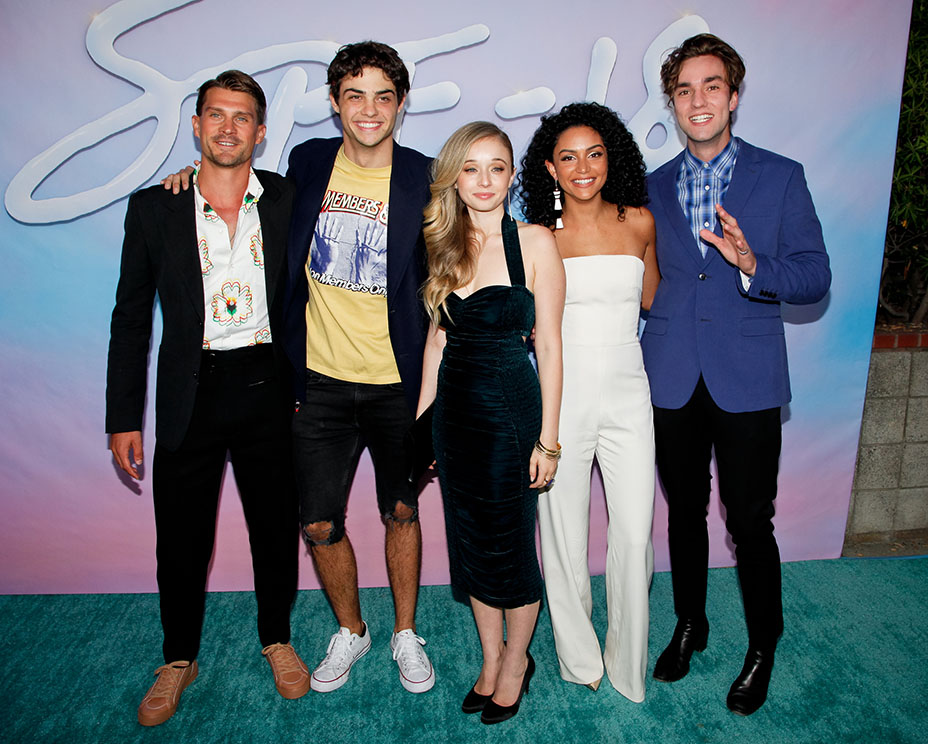 Robert Pattinson Wears a Pink Wig On Wonderland‘s Autumn-Issue Cover [Wonderland]
Robert Pattinson received a pink-haired makeover for his cover of Wonderland‘s autumn issue. The actor was photographed by Sandy Kim wearing Dior Homme (he’s also the face of the brand) and some interesting makeup. Pattinson was interviewed by Yuval Noah Harari and curated “a special portfolio of pop culture heroes, icons and radical thinkers shaping his unique universe today” for the issue.