Kendall Jenner Wears Paris Hilton-Inspired Dress for 21st Birthday [Instagram, People]
For her 21st birthday bash, Kendall Jenner drew inspiration from another socialite of yore: Paris Hilton. Jenner stepped out wearing a custom-made LaBourjoisie minidress, designed in collaboration with Jenner’s stylist, Monica Rose, that was embellished with Swarovski crystals and took seven days to make. Back in 2002, Hilton wore a similar low-cut ensemble to her own 21st birthday party in London. The look was no coincidence — in her Instagram caption, Jenner wrote, “vintage Paris Hilton vibes.” 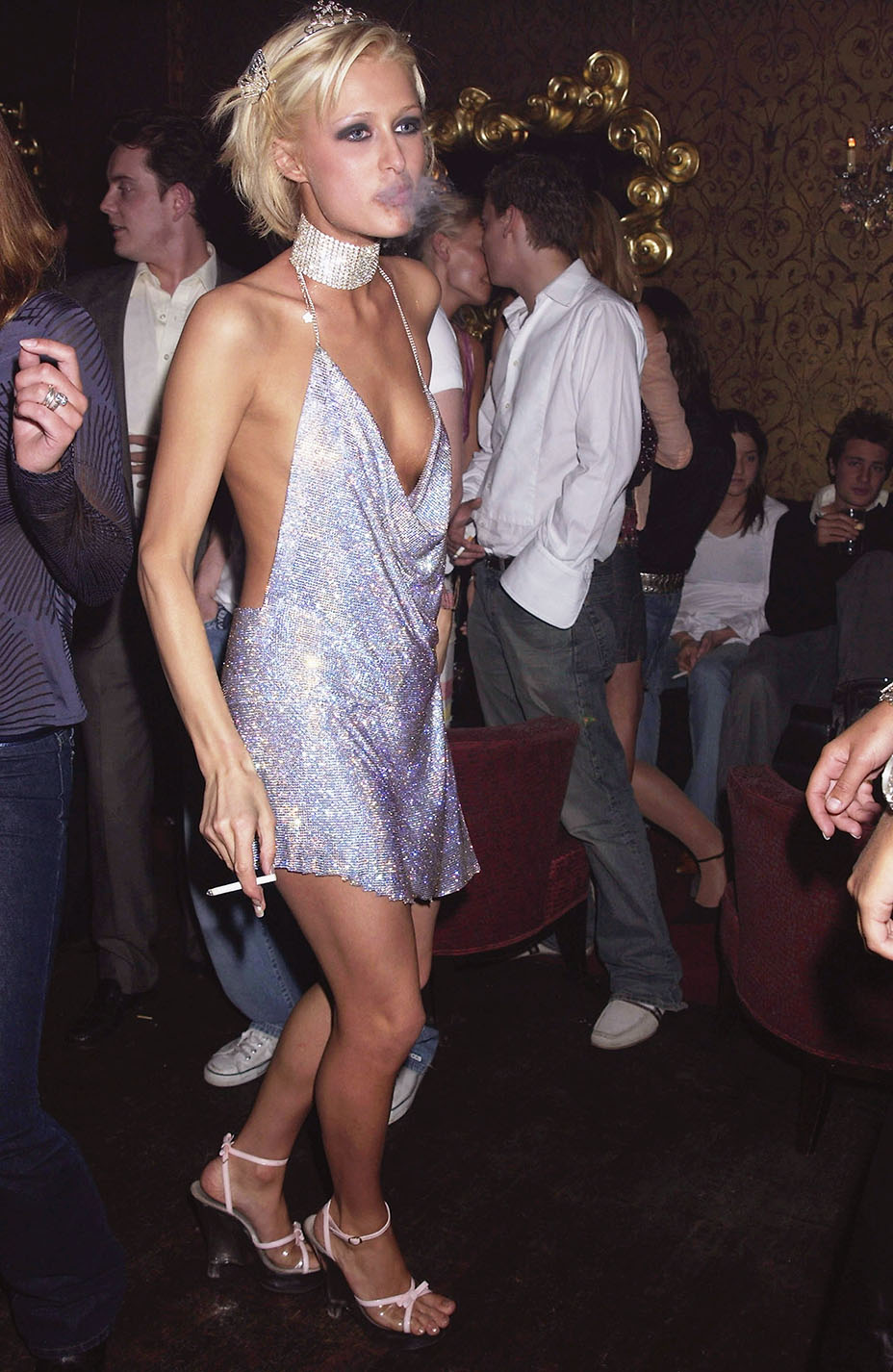 Vogue UK Faces Backlash for “Cleavage Trend” Story [BuzzFeed, Independent]
Vogue UK is facing major internet backlash after promoting an article from its December issue called “Desperately Seeking Cleavage,” which asserts that “cleavage is over” and that bare backs are in. Writer Kathleen Baird-Murray cites sales of seamless bras and bralettes (as opposed to push-up bras), as well as the rise of high-necked gowns on red carpets, as evidence of the more covered-up trend. However, many have taken issue with the wording used to promote the story (“Is cleavage over?”) and took to social media to declare that body parts are not trends. Wrote one woman on Twitter, “So Vogue are basically saying that body shapes like mine are out of fashion. What about people who can’t help having cleavage?” Adds another: “I’m glad Vogue has declared cleavage over because it gives me ample time to get rid of my old boobs and get new ones from Topshop.” Fashionista‘s Alyssa Vingan Klein also reflected on how the wording of the piece could have a dangerous effect on impressionable young women.

Anna Wintour, Diane von Furstenberg Join Huma Abedin for Hillary Clinton Fundraiser [CNN]
With five days to go until Election Day, Anna Wintour and Diane von Furstenberg attended a campaign fundraiser for Hillary Clinton hosted by Huma Abedin in Washington, D.C. It comes as no surprise to find the Vogue editor-in-chief and designer among the guests; Wintour has held several events in Clinton’s honor in the past, including a pre-New York Fashion Week fundraiser with Chelsea Clinton. Von Furstenberg has also been a vocal supporter throughout the election cycle and even designed a campaign T-shirt for the Democratic nominee. But Clinton confidante Abedin has not appeared in public since the FBI announced last week that it was investigating emails found on a laptop she shared with her estranged husband, Anthony Weiner.

A young fashionista, at an @HillaryClinton event with @voguemagazine editor, Anna Wintour and @HumaAbedin. #future pic.twitter.com/axxFDNiCl4