Lupita Nyong’o Aces Tree Pose for Vogue Cover [Vogue]
Lupita Nyong’o got in touch with her Zen side for the cover of Vogue’s January issue, photographed by Mikael Jansson. The Black Panther actress wore a silver Dior number while perfecting tree pose on a paddle board (which we assume is Photoshopped, or else that is seriously impressive). In the accompanying interview, the 34-year-old opened up about wellness, her meticulous acting method and pole dancing with writer Alex Okeowo. The cover is Nyong’o’s fourth for American Vogue.

Gucci Cruise Is Headed to Ancient Site of Alyscamps [Pret-a-Reporter Inbox]
Gucci is headed to Arles, France, to present Alessandro Michele’s Cruise 2019 collection. The shindig is set to take place May 30 at the ancient site of Alyscamps, which is said to have inspired artists including Van Gogh and Picasso. According to a release, the fashion show will be the first time that Arles has hosted an event of this caliber. 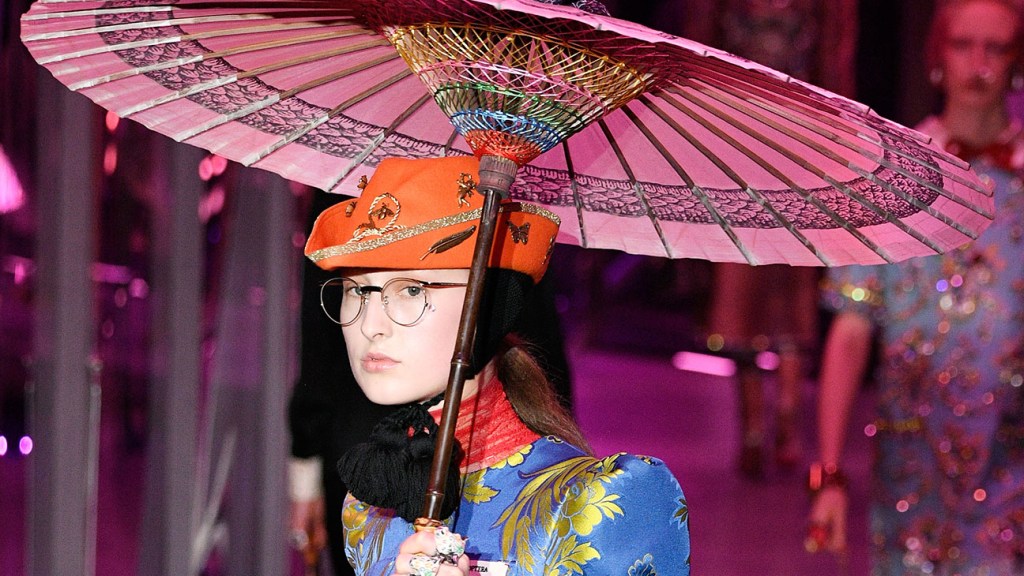 Princess Diana’s Biographer Is Writing a Book About Meghan Markle [Elle]
Royal biographer Andrew Morton, who penned Princess Diana’s biography, Diana: Her True Story, is writing a book on Prince Harry’s fiancee, Meghan Markle. The yet-to-be-titled book is due out April 19, one month ahead of the May nuptials at Windsor Castle. The esteemed author tweeted that the actress/activist has “bags of charisma” who will “have tremendous impact on royal family and wider world.”

Excited to be writing #MeghanMarkle’s story. She has bags of charisma. A royal star who will have tremendous impact on royal family and wider world https://t.co/TORpgNaB5T

See Photos From Kate Upton’s Wedding to Her World Series Champ Husband [Vogue]
A month after their private nuptials in Italy in November, Kate Upton and her husband, World Series champion Justin Verlander, are sharing photos of the affair, including an up-close glimpse at Upton’s Valentino gown, which the model/actress said she created in collaboration with the house’s design team. The newlyweds also recounted how they almost missed their own wedding, as they hadn’t imagined that Verlander’s team, the Houston Astros, would make it to Game 7 of the World Series.

Makeup Line Specifically for Trans People Launches [The Cut]
Jecca is a new beauty line launched by makeup artist Jessica Blackler that was specifically made with the needs of trans people in mind — for example, covering beard stubble. Blackler tells The Cut that in addition to addressing specific needs, she launched Jecca because some trans people expressed to her that they did not feel comfortable walking up to a traditional beauty counter and asking for advice or tips, and she wanted to create a brand that “overlooks gender and celebrates individuality.” Blackler adds that anyone — not just trans people — can use the line. Jecca’s first product, a concealer palette, is available online for $27; Blackler promises more products and shades are on the horizon. The brand donates to LGBT charities Stonewall and Sparkle.