Nicole Kidman Wears Calvin Klein on the Cover of InStyle [InStyle]
Nicole Kidman was photographed by Will Davidson wearing Raf Simons’ debut Calvin Klein collection for the July cover of InStyle. In the accompanying Q&A with editor-in-chief Laura Brown, the Aussie actress opens up about her most recent projects, including Sofia Coppola’s The Beguiled and HBO’s Big Little Lies, as well as life with hubby Keith Urban.

Michael Kors to Close Between 100 to 125 Stores [Fortune]
Michael Kors is closing between 100 to 125 stores this year, about 15 percent of its 827 locations, following a steady decline in sales. In the most recent quarter, comparable sales in stores open at least one year fell 14.1 percent; thanks to struggling department stores, the wholesale business also fell 22.8 percent. Analysts blame the stagnant retail environment as well as Michael Kors‘ own overly aggressive expansion for the brand’s current predicament.

Tenoverten Named Exclusive Salon Partner of Louboutin Nail Lacquer [Pret-a-Reporter Inbox]
Upscale nail salon tenoverten has been named as the exclusive salon carrier of the complete range of Christian Louboutin nail lacquer. The collection will be available at all six locations in Los Angeles, New York and Austin, Texas, and will include a special Louboutin manicure and pedicure, which uses the Loubi primer and Loubi gloss with any Christian Louboutin nail color, as well as Louboutin perfume oil, which is massaged into the skin. The  Rouge Louboutin Nail Colour, Loubi Nail Care Kit and limited edition Nail collections will also be available for sale at tenoverten salons. 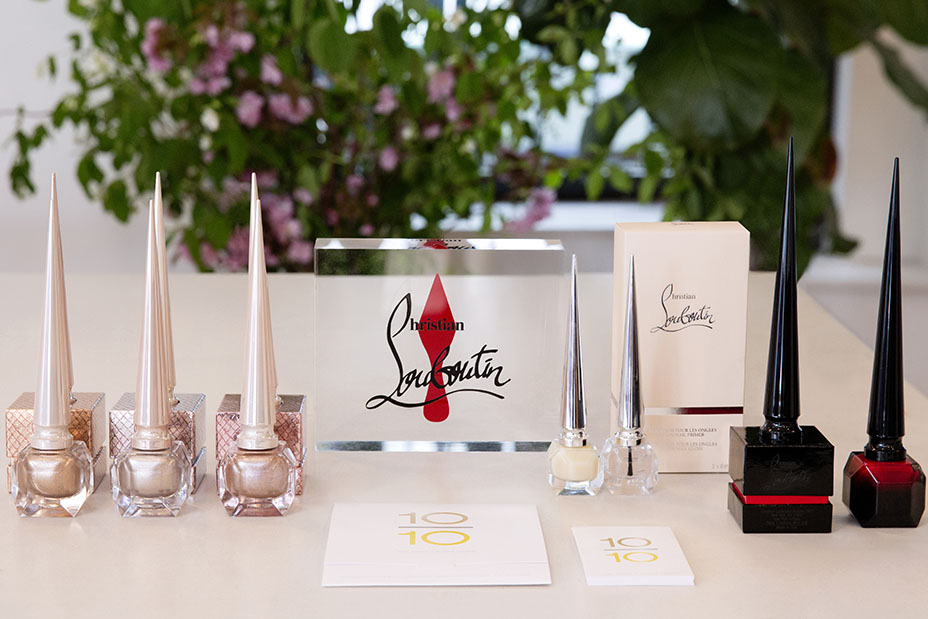 Max Azria’s Next Gig Has Nothing to Do With Fashion [California Apparel News]
Max Azria has officially revealed his next gig since stepping down last year from the BCBG Max Azria brand, which he founded in 1989. The 68-year-old has been named as the CEO and partner of ZappLight, an LED-based bug deterrent which has been praised in the fight against the Zika virus, and its parent company, Clean Concept. What does the company have to do with fashion, you ask? Nothing. “Though fashion and technology are inherently different, they increasingly intersect as both are centered on pushing the boundaries of great design and in inspiring and delighting consumers,” Azria said Wednesday in a statement. “I am thrilled to be part of this new and exciting venture to grow ZappLight into a global brand, adopted in homes everywhere to prevent virus-carrying insects.”

Fenty Beauty Coming Soon [Twitter]
Let the countdown begin. Rihanna revealed Wednesday via Twitter that the Fenty Beauty collection, first announced last year, will officially be available for sale this fall. Specifics about the highly anticipated brand, including the product range, have not yet been unveiled. Fenty Beauty will be produced by LVMH-owned Kendo Brands (Kat Von D, Marc Jacobs Beauty), while Rihanna’s Fenty x Puma collection falls under the umbrella of major LVMH competitor, Kering (which owns Puma).

Head over to https://t.co/J9wLlBcY7d and sign up to join da family! I can’t fuckin wait for fall !!! @fentybeauty pic.twitter.com/8AfLCu2ntW