Proenza Schouler’s Inexpensive Sister Line, PSWL, Is Coming Soon [Pret-a-Reporter Inbox]
After the rumor that Proenza Schouler was launching a more affordable little sister line made the rounds earlier this summer, the brand has finally confirmed that White Label, or PSWL, is coming to Proenza Schouler stores and retailers on Nov. 6. The collection focuses on denim, tees and outerwear, and ranges in price from $195 to $1,195. “It has always been a goal of ours to fully develop a well-rounded and balanced collection that mixes the high-end with the everyday in a way that speaks to both many of our personal friends, and to the designer customer we’ve developed over the years,” designers Jack McCollough and Lazaro Hernandez said in a joint statement. Chloe Sevigny stars in the Ricky Saiz-lensed campaign.

Kris Jenner’s Wildly Successful PR Strategy Hinges Almost Completely on Social Media [WWD]
During WWD‘s CEO Summit on Tuesday, Kris Jenner spoke with Tommy Hilfiger about working with her daughter Kylie to build her wildly successful makeup venture, Kylie Cosmetics, while barely spending a dime on ads. Jenner noted that her kids don’t need a marketing team, thanks to social media and their combined 750 million followers. “The whole marketing budget they need is the price of a smartphone,” she said. Jenner also noted that due to their age ranges, most viewers could connect to “at least one” member of her family. The matriarch also hinted at one day launching her own clothing line.

Thank you to WWD for inviting me to come and speak along with my dear friend (and inspiring mentor) @thomasjhilfiger at your amazing WWD CEO Summit in NYC !! @wwd #tommyhilfiger #friendship #grateful #blessed

Baz Luhrmann Debuts Short Film for Erdem x H&M Collaboration [Pret-a-Reporter Inbox]
Baz Luhrmann on Tuesday night debuted his short film, The Secret Life of Flowers, for the new Erdem x H&M collection. “I wanted the film to be like a whole movie,” said the director in a release. “It’s a very modern love story, set in a country house that is full of its own secrets and it’s like a metaphor for our times — it’s harsh out there in the world, but in here, the things that really matter keep growing in an eternal spring.” Luhrmann previously directed a campaign for Chanel.

Amazon Key Lets Delivery People Unlock Your Door [The Verge]
Amazon Key is a new service that allows delivery people to unlock your front door and place your packages inside your home to protect your goods both from thieves and the elements. The service works with Amazon’s Cloud Cam, which is connected to your home’s Wi-Fi. Couriers delivering Amazon goods scan a barcode on the package, which sends a request to Amazon’s Cloud; granted everything is legit, the door is unlocked. The door is then locked when the courier leaves, and customers are sent a confirmation of delivery notice as well as a short video to ensure that the transaction was carried out properly. Customers can purchase a bundle that includes the camera and a lock for $250, plus free delivery, beginning Nov. 8. However, Amazon only trusts its own delivery team for now, so Amazon Key will initially be available only in the 37 cities where Amazon Logistics handles delivery.

The DG Millennials Are Getting Their Own Coffee Table Book [Pret-a-Reporter Inbox]
Dolce & Gabbana’s band of “DG Millennials” — among them Presley Gerber, Sofia Richie, Cameron Dallas and the siblings Smith (models Lucky Blue, Pyper America, Starlie and Daisy Clementine) — are being immortalized with their very own coffee table book. Published by Rizzoli, the new tome features 196 glossy pages of the millennials doing millennial things, such as (but not limited to) dancing, selfie-ing and looking fabulous in DG clothing. “The word ‘millennials’ refers to the generation born in the digital age, who have known no other reality,” Domenico Dolce and Stefano Gabbana said in a joint release. “We are proud to share an important part of our history with these young people in the form of a book, wherein they recount their uniquely personal vision of the Dolce & Gabbana universe.” Dolce & Gabbana Generation Millennial: The New Renaissance will be available in bookstores on Nov. 14 for $200. 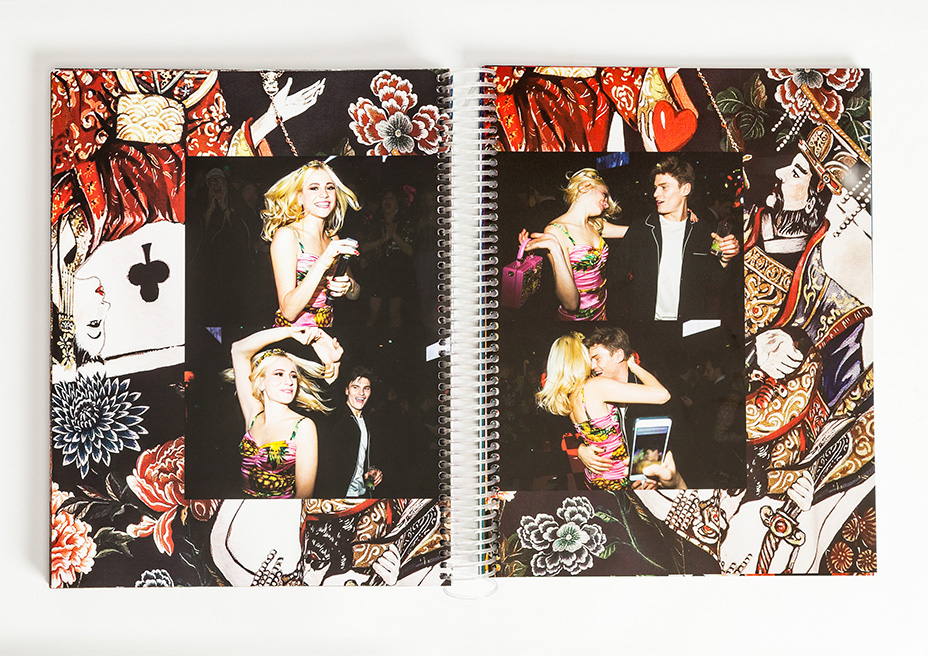