Public School Skips New York Fashion Week [Business of Fashion]
Public School, the streetwear-infused brand founded by Maxwell Osborne and Dao-Yi Chow in 2008, is ditching New York Fashion Week this upcoming February. Instead, the label plans to go direct-to-consumer “at some point in the spring of 2018.” Public School is no stranger to approaching different business models; in 2016, Osborne and Chow combined their women’s and men’s collections to present only twice a year — in December and June, which aligned more with the pre-fall schedule. However, they returned to NYFW this past February.

Coach Unveils New Spring Campaign [Pret-a-Reporter Inbox]
Coach has unveiled its spring 2018 campaign that captures “the toughness and tenderness of New York City,” with artist Keith Haring’s iconic illustrations influencing the overall collection. The women’s ready-to-wear collection features sheer tees with antique crystals, satin bomber jackets with rose gold rivets, and silk- and lace-trimmed slip dresses, mixed with Coach leathers, shearling and glitter Western booties. “The further extension into ready-to-wear this season has been very much inspired by our Coach girl gang — the way that they wear, party and live in our clothes. I love that sort of undone, unprecious glamour and sensuality — it feels very true to the house,” says Coach creative director Stuart Vevers. 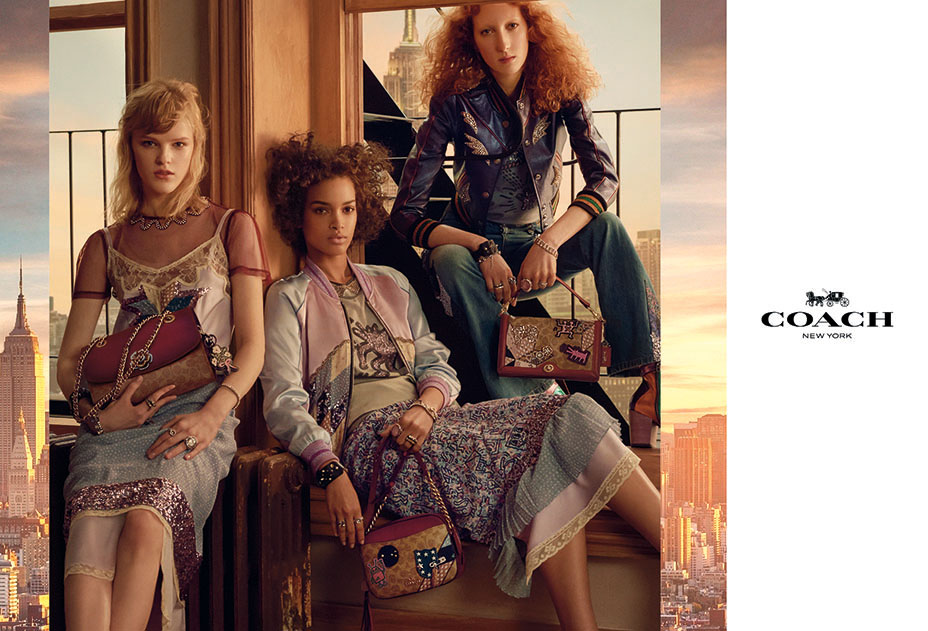 Alexander Wang Invites You to Shop With Him for a Cause [Pret-a-Reporter Inbox]
Alexander Wang is teaming up with (Red) to raise money and awareness to help fight AIDS. As part of the partnership, Wang is inviting you and a friend to go on a $20,000 shopping spree at his SoHo flagship store, dine with him at one of his go-to restaurants and get flown out to NYC and placed in a four-star hotel — all you have to do is donate here for a chance to win.

Gucci’s Spring Campaign Is a “Utopian Fantasy” [Pret-a-Reporter Inbox]
For its spring 2018 campaign, Gucci creative director Alessandro Michele enlisted Spanish artist and illustrator Ignasi Monreal for photorealist artworks that evoke a “Utopian Fantasy.” The digital paintings, which focus on the elements of earth, sea and sky, are as magical as you’d expect, from mermaids on a rock in ice skater-inspired gowns to fishing in the clouds. A feast for your eyes, indeed. 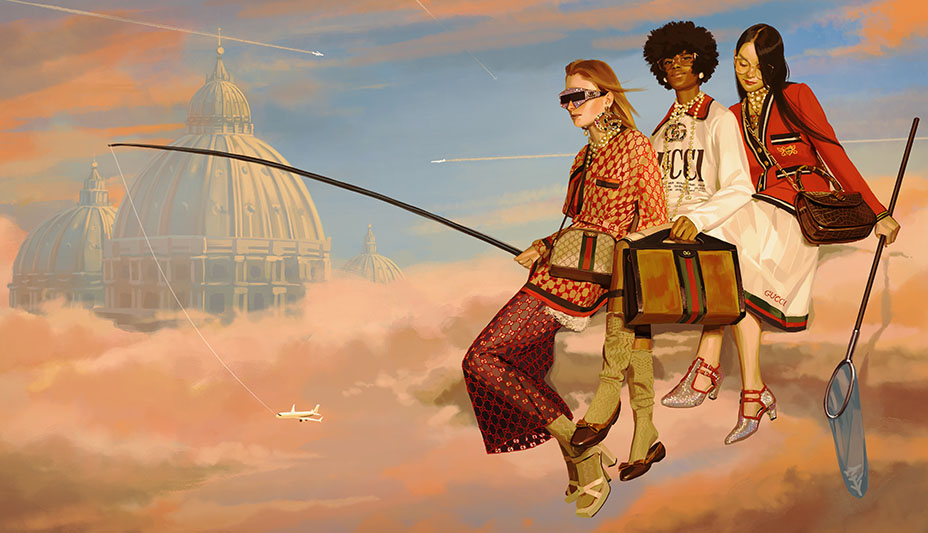