Rihanna Stars on Three Vogue Paris Covers [Instagram]
Rihanna is the ultimate cover star this month, appearing on not one, or two, but three covers for Vogue Paris. Juergen Teller, Jean Paul Goude and Inez and Vinoodh each photographed RiRi for a cover. The issue, in which the performer serves as a guest editor, hits newsstands Dec. 1. As if that wasn’t enough, the singer unveiled Tuesday that she’s also on four (!) covers of Dazed magazine. Looks like no one can get enough of RiRi.

Melania Trump Wears Plaid Calvin Klein Coat to Receive White House Christmas Tree [Vogue]
On Monday, Melania Trump wore a plaid Calvin Klein coat while receiving the White House Christmas Tree. She paired the cozy outerwear with a red Ralph Lauren turtleneck and slouchy heel boots by Victoria Beckham. The festive occasion comes a week after the president and first lady returned to the U.S. from their 11-day Asia trip, where Melania wore designs by Dior, Fendi, Valentino and Gucci (including a Chinese-inspired dress by the latter fashion house), but nothing by any Asian designers. 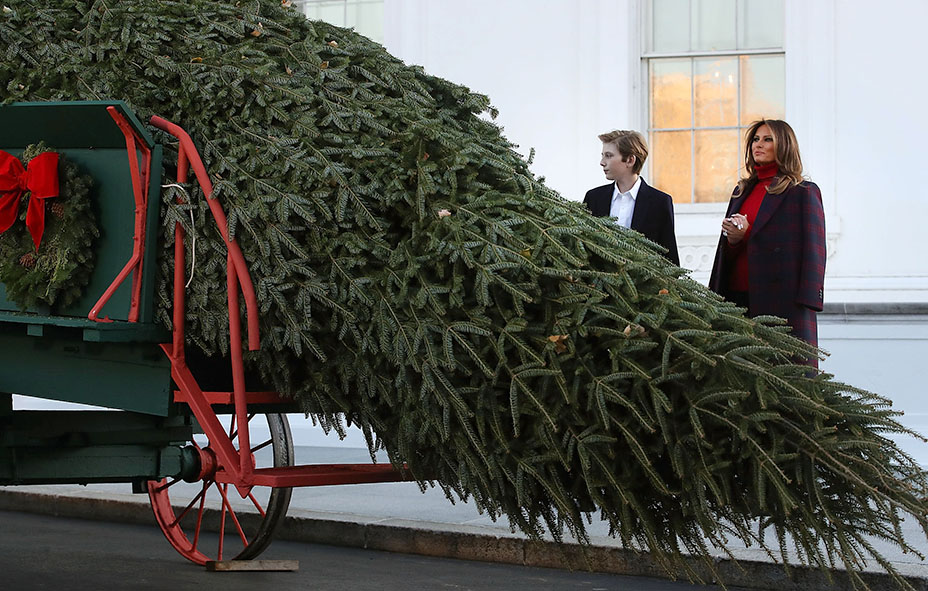 Juicy Stories, Scripted Series Based on Juicy Couture Founders, Coming to E! [WWD]
Juicy Couture isn’t just getting revived on the retail scene, it’s also getting picked up for the small screen. E! has ordered a scripted pilot titled Juicy Stories, inspired by founders Pamela Skaist-Levy and Gela Nash-Taylor’s memoir titled The Glitter Plan (co-authored by The Hollywood Reporter‘s Booth Moore). The series, which will be narrated by Skaist-Levy and Nash-Taylor, will focus on how the duo started their business in Nash-Taylor’s one-bedroom apartment in 1997; grew in popularity with its celebrity-loved velour tracksuits; and became a billon-dollar company at one point. Michael Patrick King and Amy B. Harris will serve as executive producers, and Skaist-Levy and Nash-Taylor will act as producers. 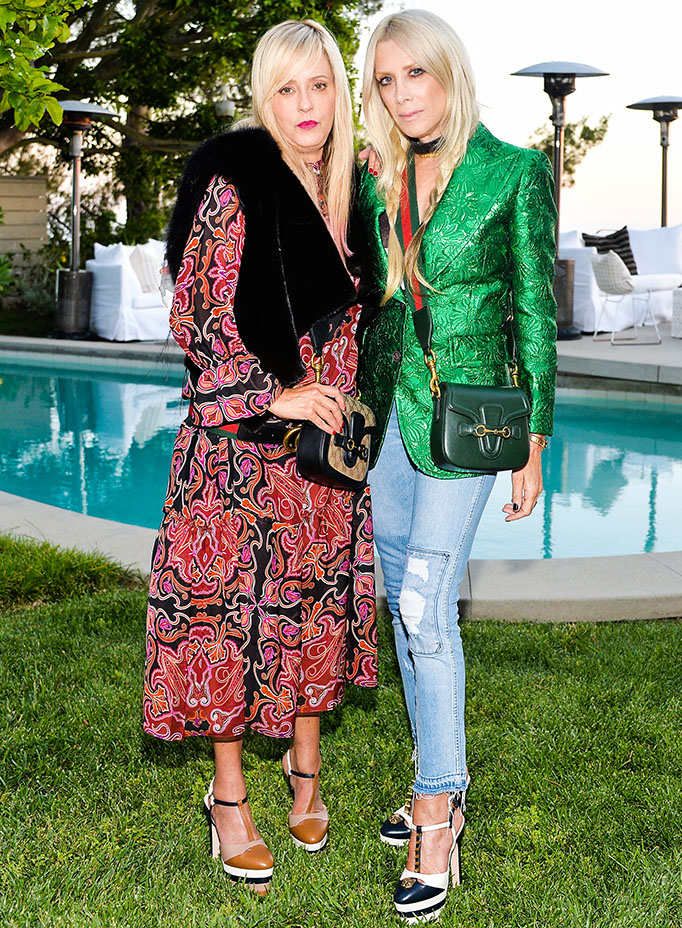 Saks Fifth Avenue, Disney Unveil Holiday Windows [Pret-a-Reporter Inbox]
Following the unveiling of Bergdorf Goodman’s holiday windows last week, Saks Fifth Avenue and Disney showcased their holiday windows on Monday with a 10-story-tall light show in celebration of the 80th anniversary of Snow White and the Seven Dwarfs. The department store, in collaboration with Disney, transformed all 14 of its Fifth Avenue-facing windows into scenes from the classic film. For its 49th Street and 50th Street windows, designers Alberta Ferretti, Naeem Khan, Monique Lhuillier and Marchesa created one-of-a-kind fairytale gowns for a 21st century Snow White. The window animation and light show will be on display until Jan. 2. 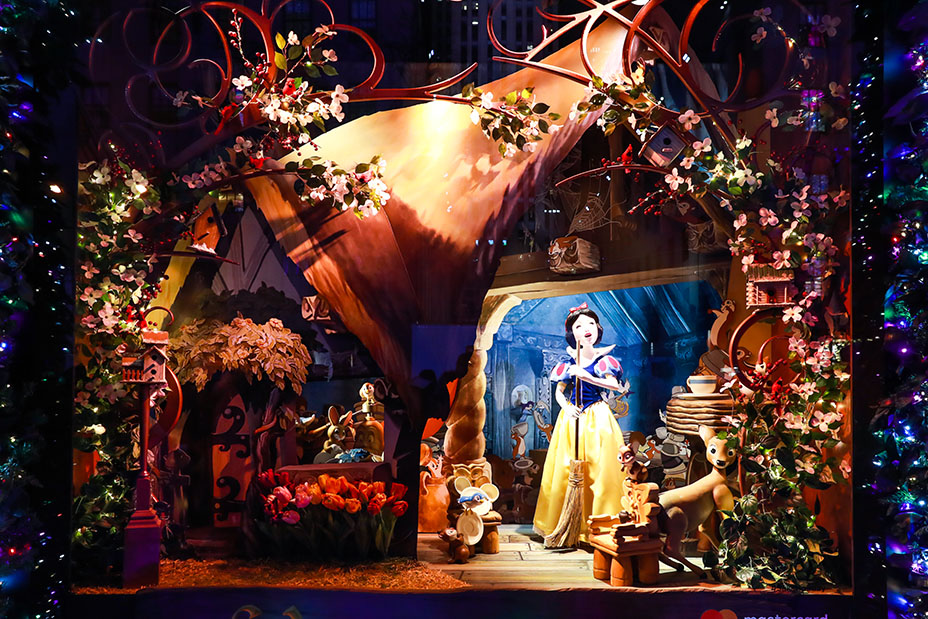 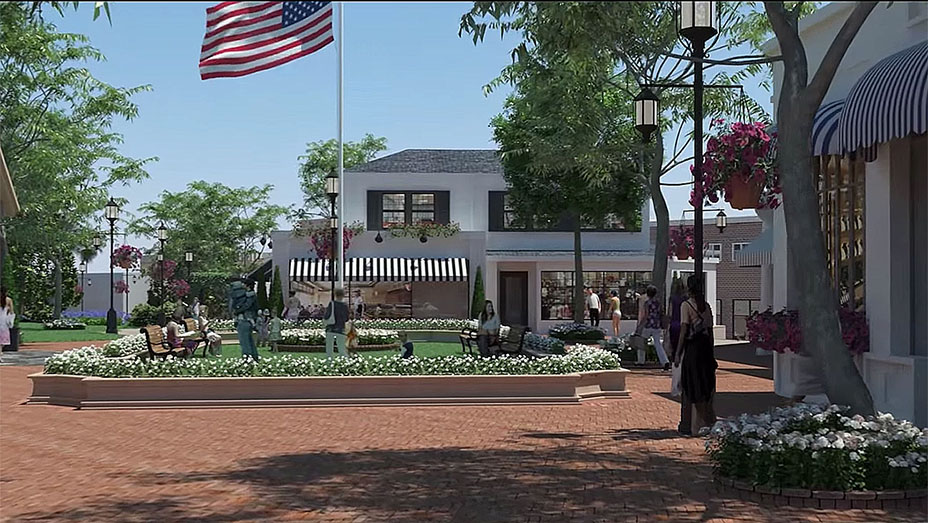 David Lynch Designs Jewelry Collection for a Good Cause [Pret-a-Reporter Inbox]
Filmmaker David Lynch has designed an exclusive collection for Alex and Ani, a Cranston, Rhode Island-based, eco-conscious jewelry line. Priced from $42 to $88, the “Meditating Eye” range offers a necklace, bangle and cuff styles in both silver and gold finishes, all featuring a double-sided epoxy charm with an open eye on one side and a closed eye on the other. Alex and Ani will donate 20 percent of the purchase price from each Meditating Eye product sold to benefit the David Lynch Foundation, which addresses the epidemic of trauma and toxic stress among at-risk populations through the evidence-based, health-promoting Transcendental Meditation technique. The Meditating Eye collection is now available for purchase on alexandani.com, as well as through retail partners Bloomingdales, Zappos and Dillard’s.